The US Justice Department has unsealed charges against two Islamic State militants from Britain, accusing them of carrying out a gruesome campaign of torture, beheadings and other violence against Western hostages in Syria.

The US Justice Department has unsealed charges against two Islamic State militants from Britain, accusing them of carrying out a gruesome campaign of torture, beheadings and other acts of violence against Western hostages they had captured in Syria, including four Americans.

El Shafee Elsheikh and Alexanda Kotey are two of four men dubbed "the Beatles" by the hostages they held captive because of their British accents.

They are expected to make their first appearance this morning (Wednesday afternoon local time) in federal court in Alexandria, Virginia, where a federal grand jury issued an eight-count indictment. 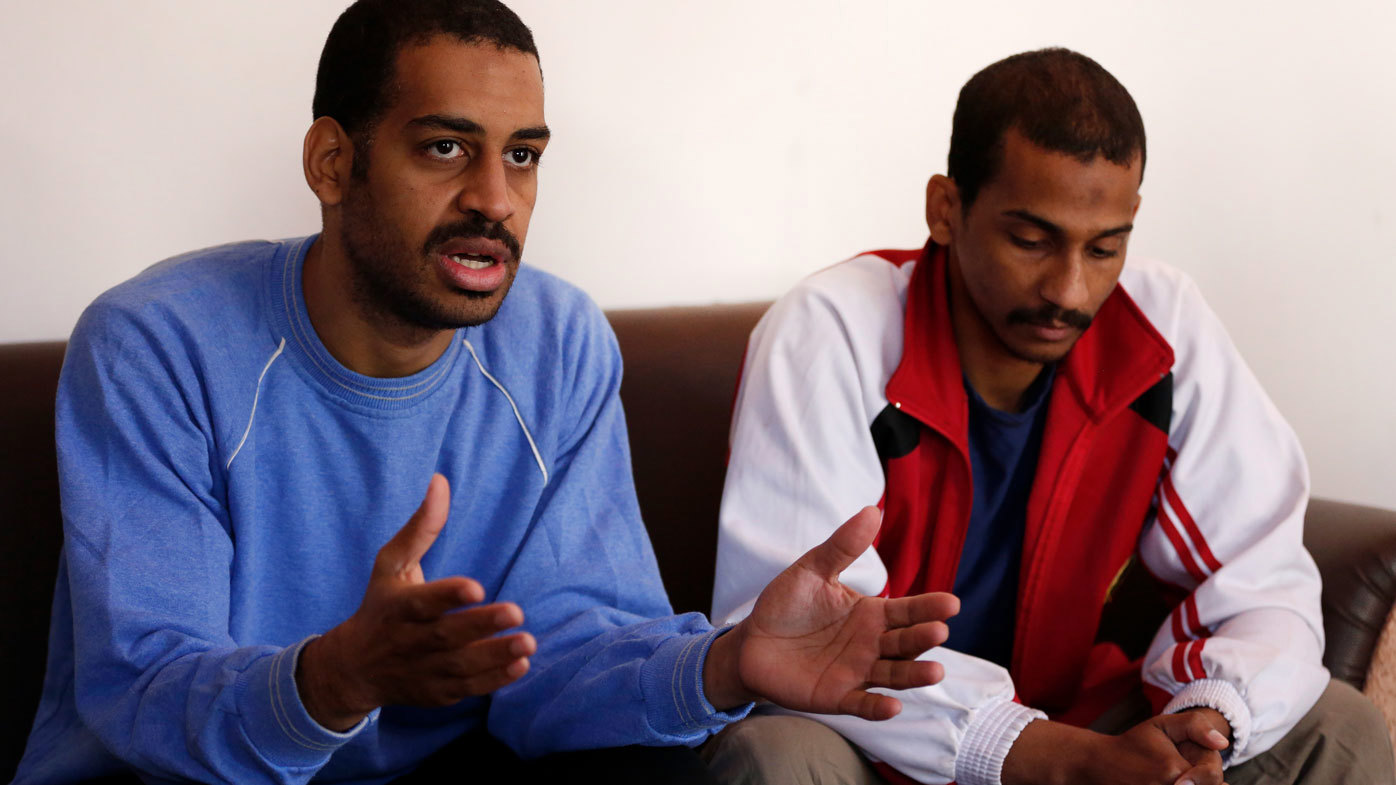 The charges are a milestone in a years-long effort by US authorities to bring to justice members of the group known for beheadings and barbaric treatment of aid workers, journalists and other hostages in Syria.

The men's arrival in the US sets the stage for arguably the most sensational terrorism trial since the 2014 criminal case against the suspected ringleader of a deadly attack on the diplomatic compound in Benghazi, Libya.

Videos of the killings, released online in the form of Islamic State propaganda, stunned the US government for their unflinching violence.

The recordings routinely showed prisoners in orange jumpsuits on their knees beside a captor dressed in black whose native English drove home the global reach of a group that at its peak occupied vast swaths of Syria and Iraq.

Relatives of four of the slain hostages praised the Justice Department for transferring the men to the US for trial, saying, "Now our families can pursue accountability for these crimes against our children in a US court." 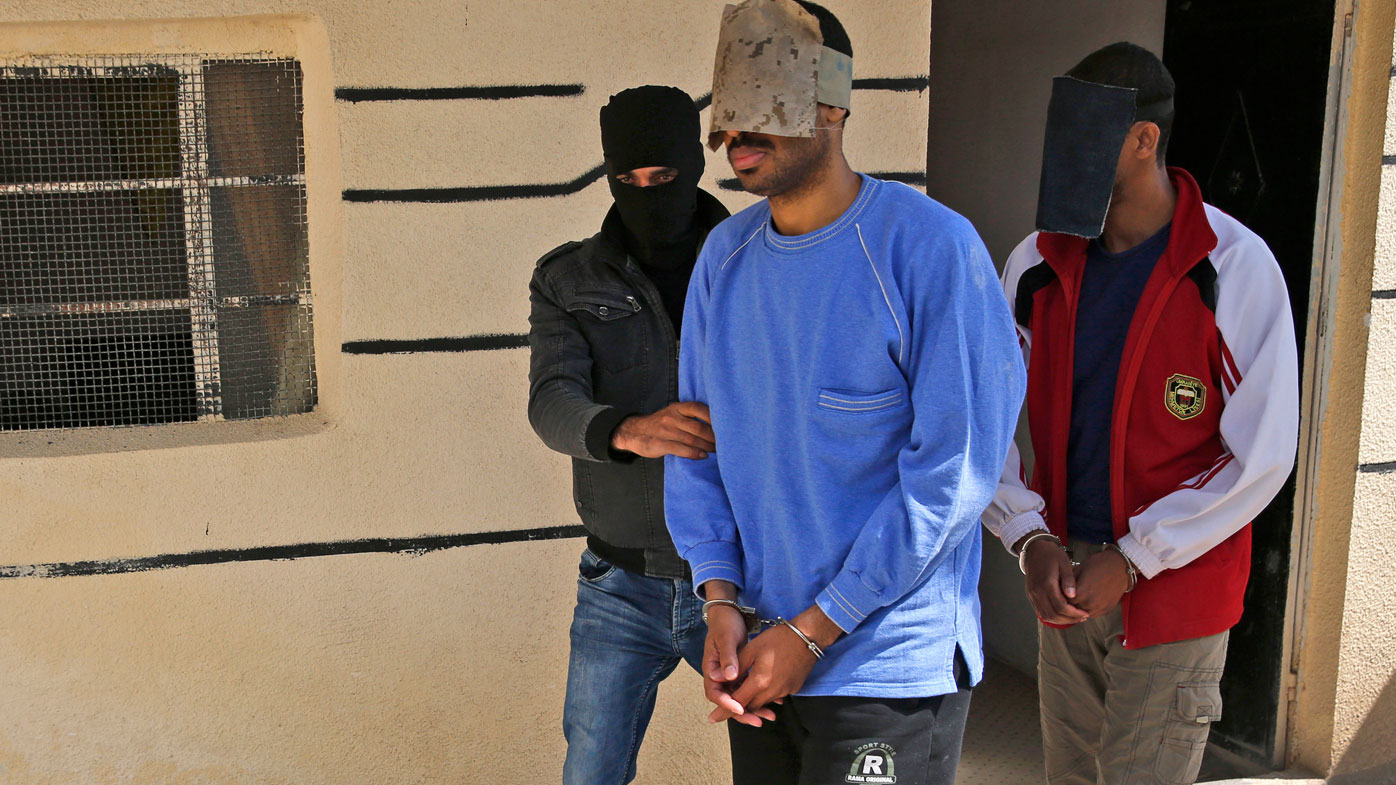 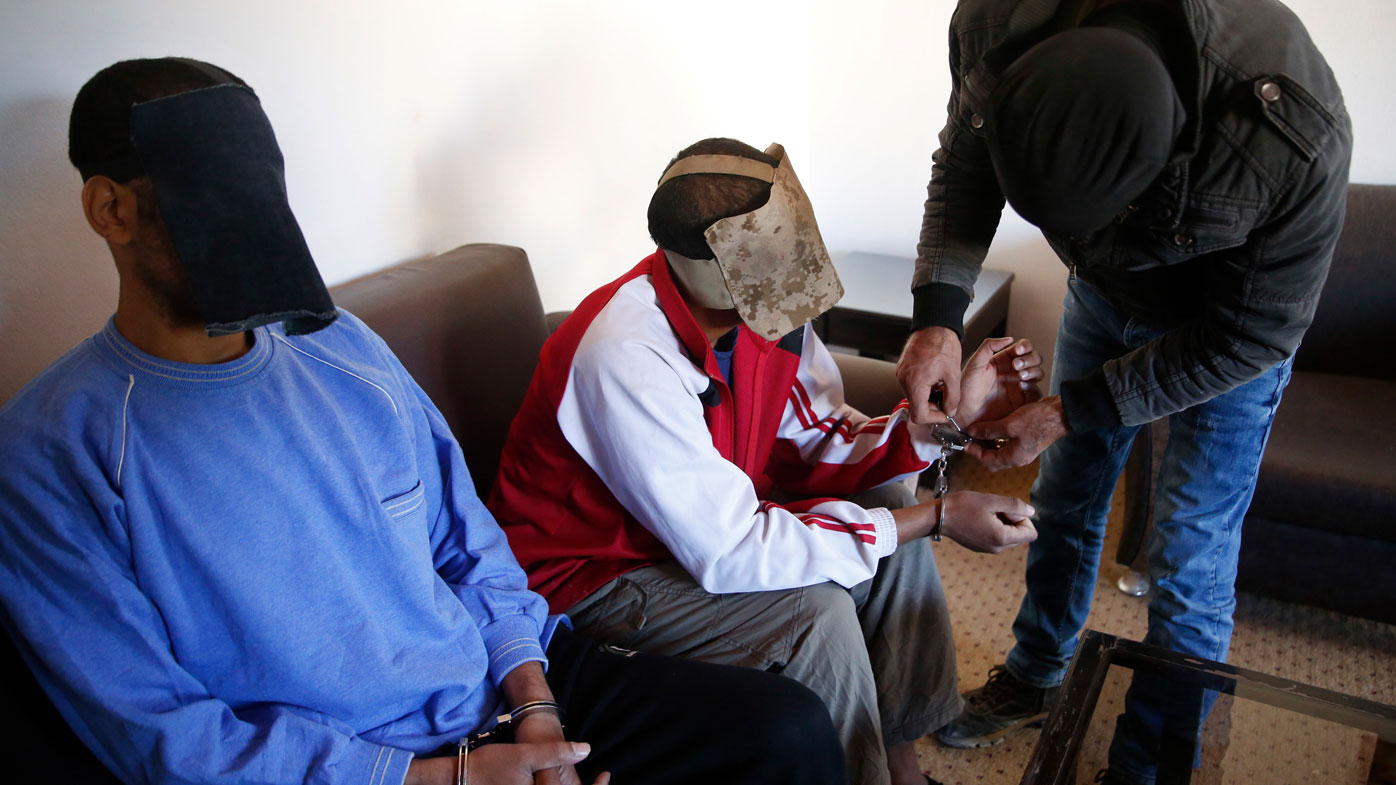 The indictment describes Kotey and Elsheikh as "leading participants in a brutal hostage-taking scheme targeting American and European citizens" from 2012 through 2015.

In July 2014, according to the indictment, Elsheikh described to a family member his participation in an Islamic State attack on the Syrian Army. He sent the family member photos of decapitated heads and said in a voice message, "There's many heads, this is just a couple that I took a photo of."

Elsheikh and Kotey have been held since October 2019 in American military custody after being captured in Syria one year earlier by the US-based Syrian Democratic Forces. The Justice Department has long wanted to put them on trial, but those efforts were complicated by wrangling over whether Britain, which does not have the death penalty, would share evidence that could be used in a death penalty prosecution.

Attorney General William Barr broke the diplomatic standoff earlier this year when he promised the men would not face the death penalty. That prompted British authorities to share evidence that US prosecutors deemed crucial for obtaining convictions.

In interviews while in detention, the two men admitted they helped collect email addresses from Kayla Mueller that could be used to send out ransom demands. Mueller was killed in 2015 after 18 months in ISIS captivity.

The State Department described their conduct in terms not nearly so benign. The agency declared Elsheikh and Kotey as specially designated global terrorists in 2017 and accused them of holding captive and beheading approximately two dozen hostages, including American journalists James Foley and Steven Sotloff, and aid worker Peter Kassig.

Specifically, the State Department said Elsheikh "was said to have earned a reputation for waterboarding, mock executions, and crucifixions while serving as an ISIS jailer." 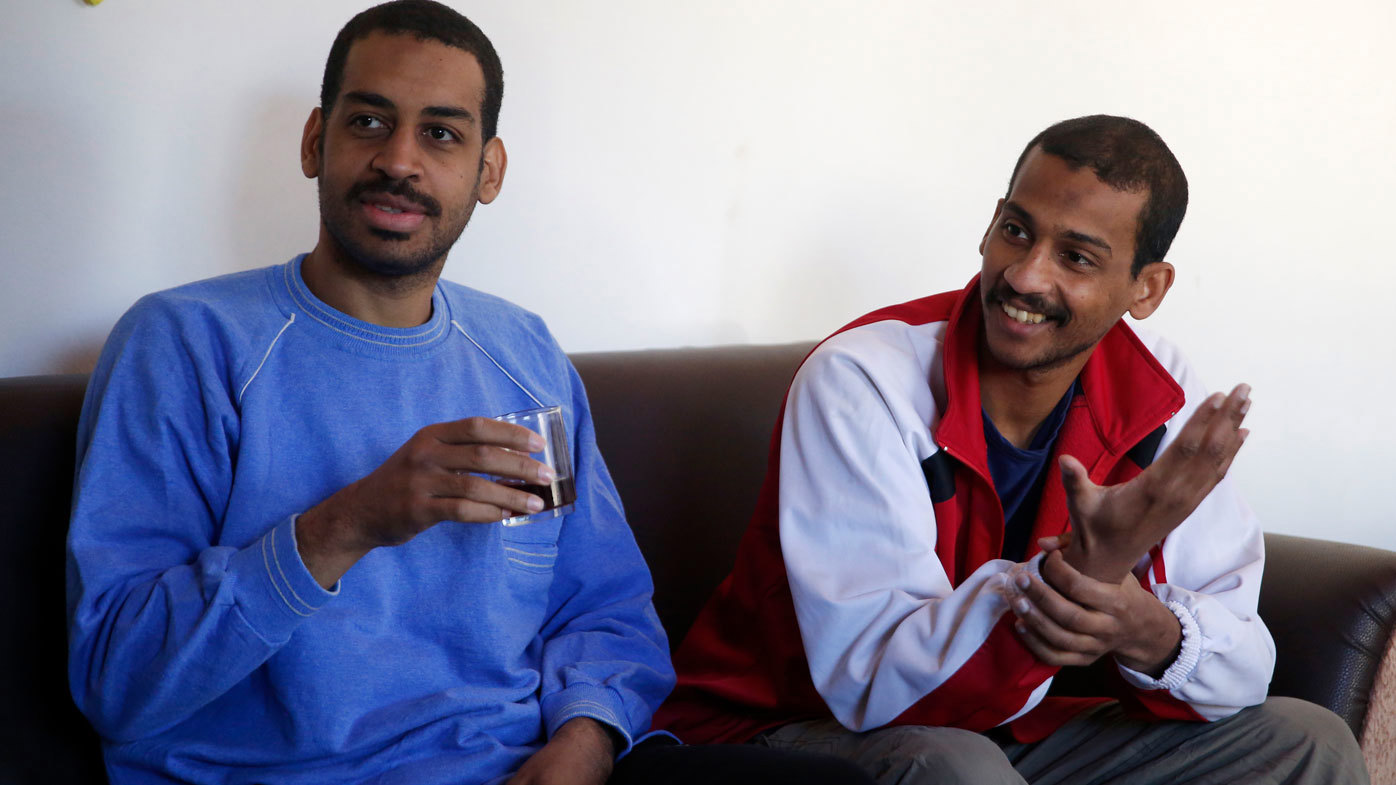 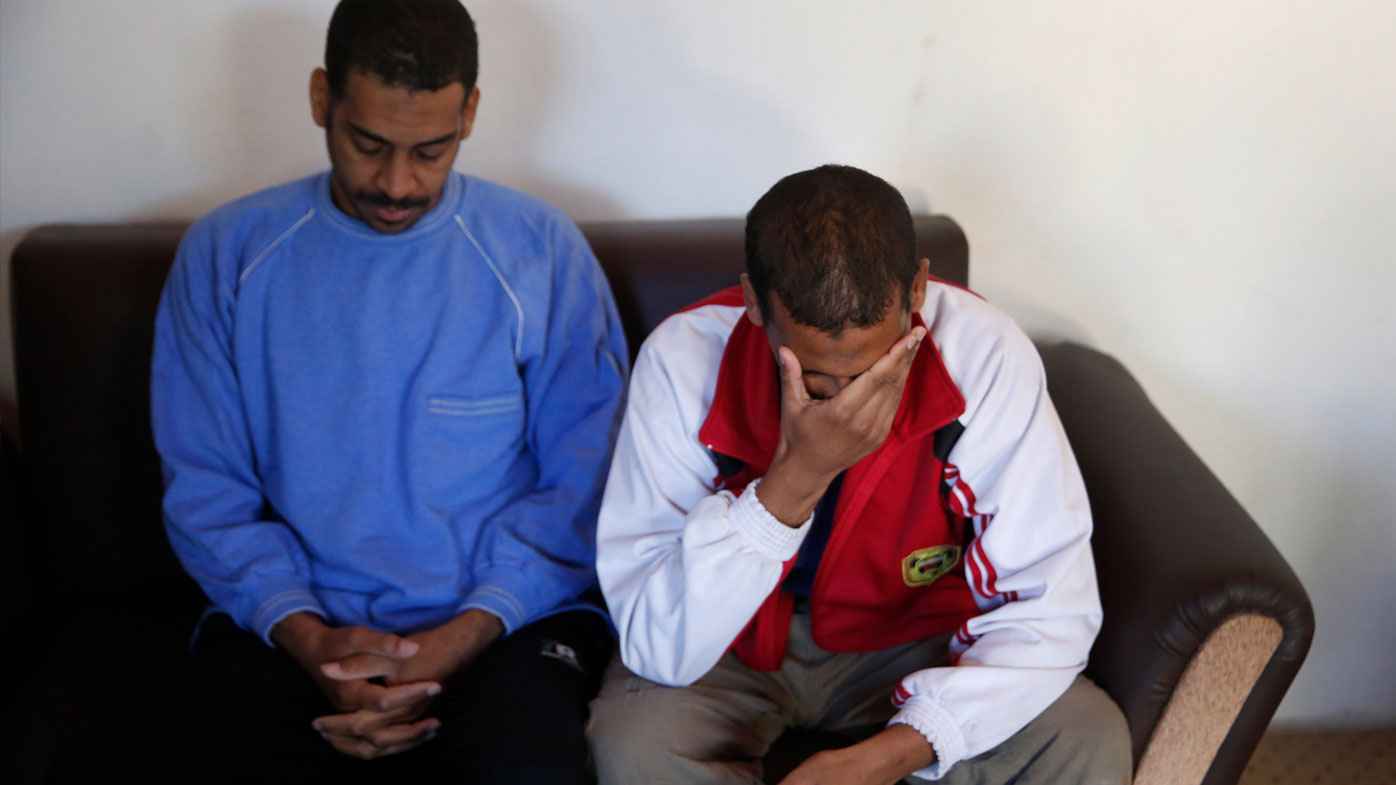 Kotey, according to the State Department, acted as an Islamic State recruiter and "likely engaged in the group's executions and exceptionally cruel torture methods, including electronic shock and waterboarding."

In a statement, relatives of Mueller, Foley, Sotloff and Kassig said the transfer "will be the first step in the pursuit of justice for the alleged horrific human rights crimes against these four young Americans."

"We are hopeful that the US government will finally be able to send the important message that if you harm Americans, you will never escape justice. And when you are caught, you will face the full power of American law," the statement said.

The other two Beatles included the most infamous member of the group, Mohammed Emwazi, known as "Jihadi John," who was killed in a 2015 drone strike. Emwazi appeared and spoke in the video of Foley's execution. The fourth member, Aine Lesley Davis, was sentenced to seven years in prison in Turkey in 2017.