The Taliban's political chief has met with senior diplomats from countries including Russia, Indonesia and Norway, hours after signing a deal with Washington aimed at ending the Afghan war, the hardline Islamist group says.

Saturday's accord was signed in the Qatari capital Doha by US special envoy Zalmay Khalilzad and Taliban political chief Mullah Abdul Ghani Baradar, with US Secretary of State Mike Pompeo on hand to witness the ceremony.

Under the agreement, the US would draw its forces down to 8,600 from 13,000 in the next three to four months, with the remaining US forces withdrawing in 14 months. The complete pullout, however, would depend on the Taliban meeting their commitments to prevent terrorism.

President George W. Bush ordered the US-led invasion of Afghanistan in response to the September 11, 2001 attacks. 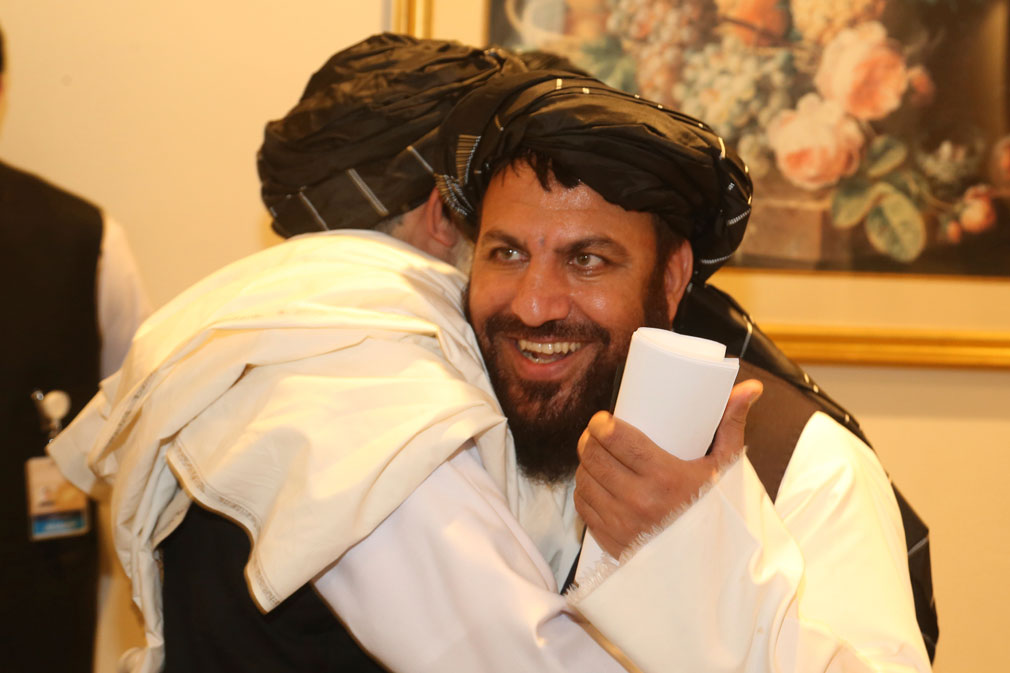 Some US troops currently serving there had not yet been born when the World Trade Center collapsed on that crisp, sunny morning that changed how Americans see the world.

It only took a few months to topple the Taliban and send Osama bin Laden and top al-Qaida militants scrambling across the border into Pakistan, but the war dragged on for years as the United States tried establish a stable, functioning state in one of the least developed countries in the world.

The Taliban regrouped, and currently hold sway over half the country.

Soon after the agreement, US President Donald Trump said he would be personally meeting leaders of the Taliban in the near future and rejected criticism surrounding the deal signed with the Islamist insurgents.

The US spent more than US$750 billion, and on all sides the war cost tens of thousands of lives lost, permanently scarred and indelibly interrupted. But the conflict was also frequently ignored by US politicians and the American public.

US Secretary of State Mike Pompeo attended the ceremony in Qatar, where the Taliban have a political office, but did not sign the agreement. Instead, it was signed by US peace envoy Zalmay Khalilzad and Taliban leader Mullah Abdul Ghani Baradar. 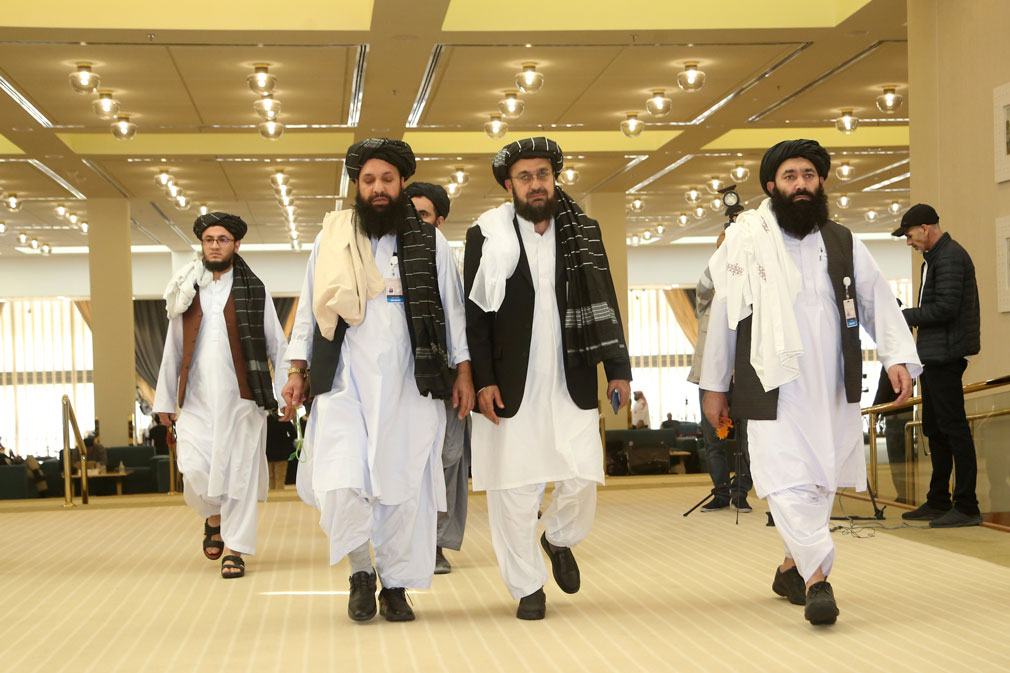 The Taliban harboured bin Laden and his al-Qaida network as they plotted, and then celebrated, the hijackings of four airliners that were crashed into lower Manhattan, the Pentagon and a field in western Pennsylvania, killing almost 3000 people.

Addressing reporters after the signing ceremony, Mr Pompeo said the US is "realistic" about the peace deal it signed, but is "seizing the best opportunity for peace in a generation".

He said he was still angry about the September 11, 2001 attacks and that the US will not "squander" what its soldiers "have won through blood, sweat and tears". He said the US will do whatever is necessary for its security if the Taliban do not comply with the agreement.

Mr Pompeo had privately told a conference of US ambassadors at the State Department this week that he was going only because President Donald Trump had insisted on his participation, according to two people present.

Dozens of Taliban members had earlier held a small victory march in Qatar in which they waved the militant group's white flags, according to a video shared on Taliban websites.

"Today is the day of victory, which has come with the help of Allah," Abbas Stanikzai said. Mr Stanikzai one of the Taliban's lead negotiators who joined the march. 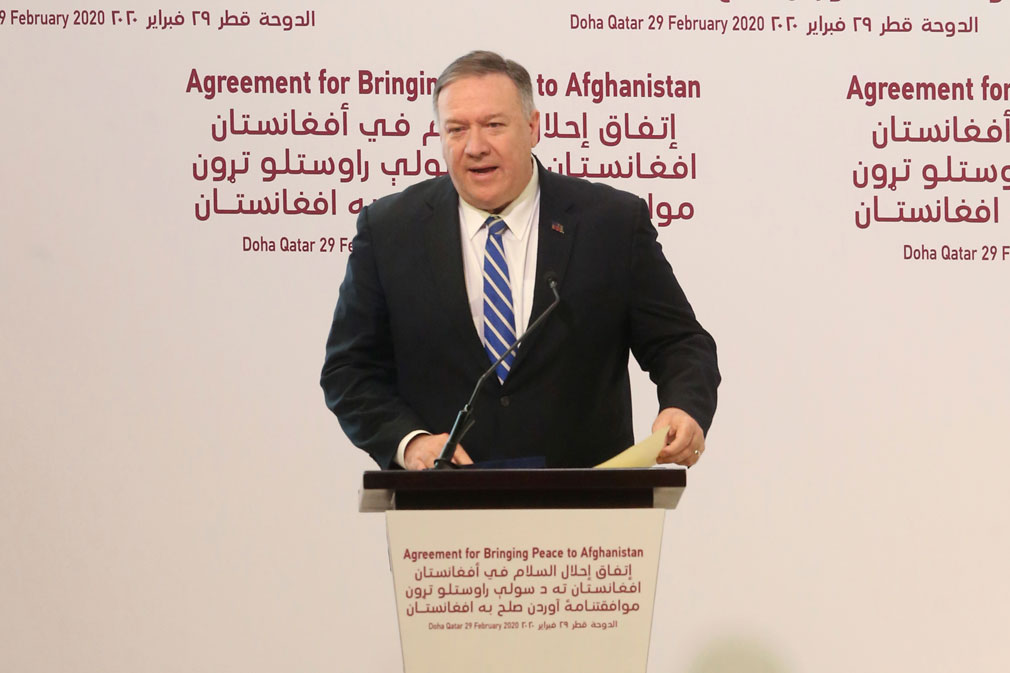 Why has the US agreed to the truce?

Mr Trump has repeatedly promised to get the US out of its "endless wars" in the Middle East, and the withdrawal of troops could provide a boost as he seeks re-election in a nation weary of involvement in distant conflicts.

Mr Trump has approached the Taliban agreement cautiously, steering clear of the crowing surrounding other major foreign policy actions, such as his talks with North Korea.

Last September, on short notice, he called off what was to be a signing ceremony with the Taliban at Camp David after a series of new Taliban attacks. But he has since been supportive of the talks led by his special envoy, Zalmay Khalilzad.

Under the agreement, the Taliban promise not to let extremists use the country as a staging ground for attacking the US or its allies. But US officials are loath to trust the Taliban to fulfill their obligations.

The prospects for Afghanistan's future are uncertain. The agreement sets the stage for peace talks involving Afghan factions, which are likely to be complicated. Under the agreement, 5000 Taliban are to be released from Afghan-run jails, but it's not known if the Afghan government will do that.

There are also questions about whether Taliban fighters loyal to various warlords will be willing to disarm.

It's not clear what will become of gains made in women's rights since the toppling of the Taliban, which had repressed women and girls under a strict brand of Sharia law.

Women's rights in Afghanistan had been a top concern of both the Bush and Obama administration, but it remains a deeply conservative country, with women still struggling for basic rights. 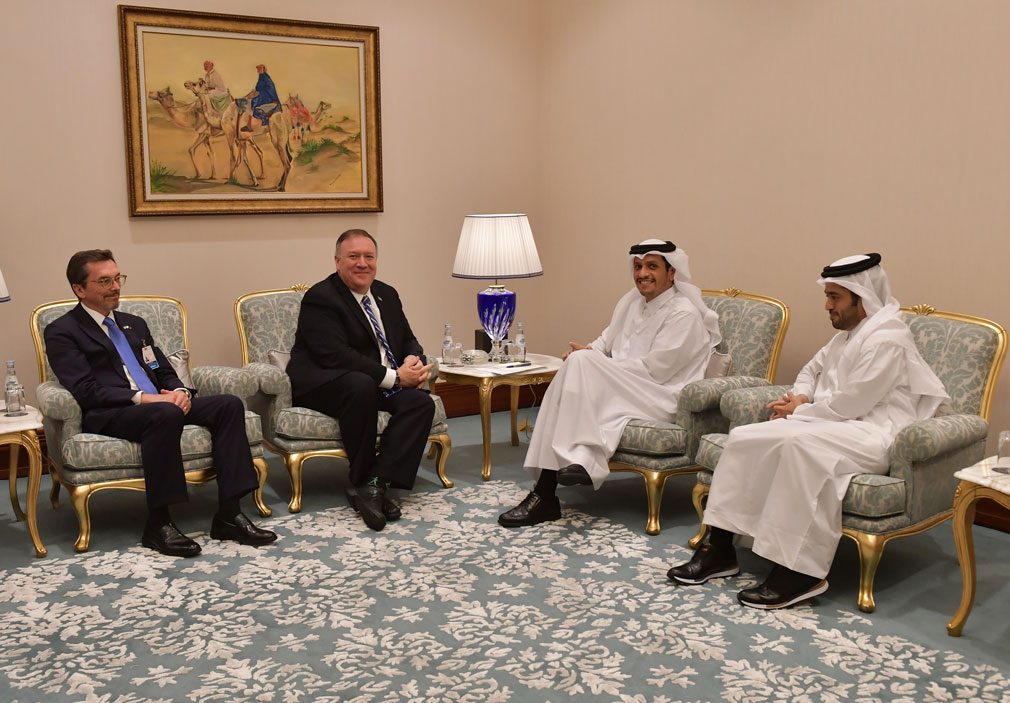 What forces currently remain in Afghanistan

There are currently more than 16,500 soldiers serving under the NATO banner, of which 8,000 are American. Germany has the next largest contingent, with 1300 troops, followed by Britain with 1100.

READ:  Magistrate facing deception charges over use of government car

In all, 38 NATO countries are contributing forces to Afghanistan. The alliance officially concluded its combat mission in 2014 and now provides training and support to Afghan forces.

The US has a separate contingent of 5,000 troops deployed to carry out counter-terrorism missions and provide air and ground support to Afghan forces when requested.

Since the start of negotiations with the Taliban, the US has stepped up its air assaults on the Taliban as well as a local Islamic State affiliate.

Last year the US air force dropped more bombs on Afghanistan than in any year since 2013.

Seven days ago, the Taliban began a seven-day "reduction of violence" period, a prerequisite to the peace deal signing.

"We have seen a significant reduction in violence in Afghanistan over the last days, and therefore we are also very close to the signing of an agreement between the United States and the Taliban," NATO Secretary General Jens Stoltenberg said Friday (local time) in Brussels.

He was in Kabul on Saturday for a separate signing ceremony with Afghan President Ashraf Ghani and US Defence Secretary Mark Esper.

That signing was intended to show continuing NATO and US support for Afghanistan.

"The road to peace will be long and hard and there will be setbacks, and there is a risk always for spoilers," Mr Stoltenberg said.

This article was reproduced with permission from AP