Ukrainian President Volodymyr Zelensky has rejected US President Donald Trump’s claim that Ukraine is corrupt in a CNN interview.

Ukrainian President Volodymyr Zelensky has rejected US President Donald Trump's claim that Ukraine is corrupt in a CNN interview.

Mr Zelensky spoke with CNN's Christiane Amanpour at the Munich Security Conference in his first one-on-one interview since the end of Mr Trump's impeachment trial.

A July 25 telephone call between the two men, which Mr Trump repeatedly called "perfect", was at the heart of the impeachment probe. The Senate acquitted Mr Trump earlier this month, finding the President not guilty of abuse of power and obstruction of Congress. 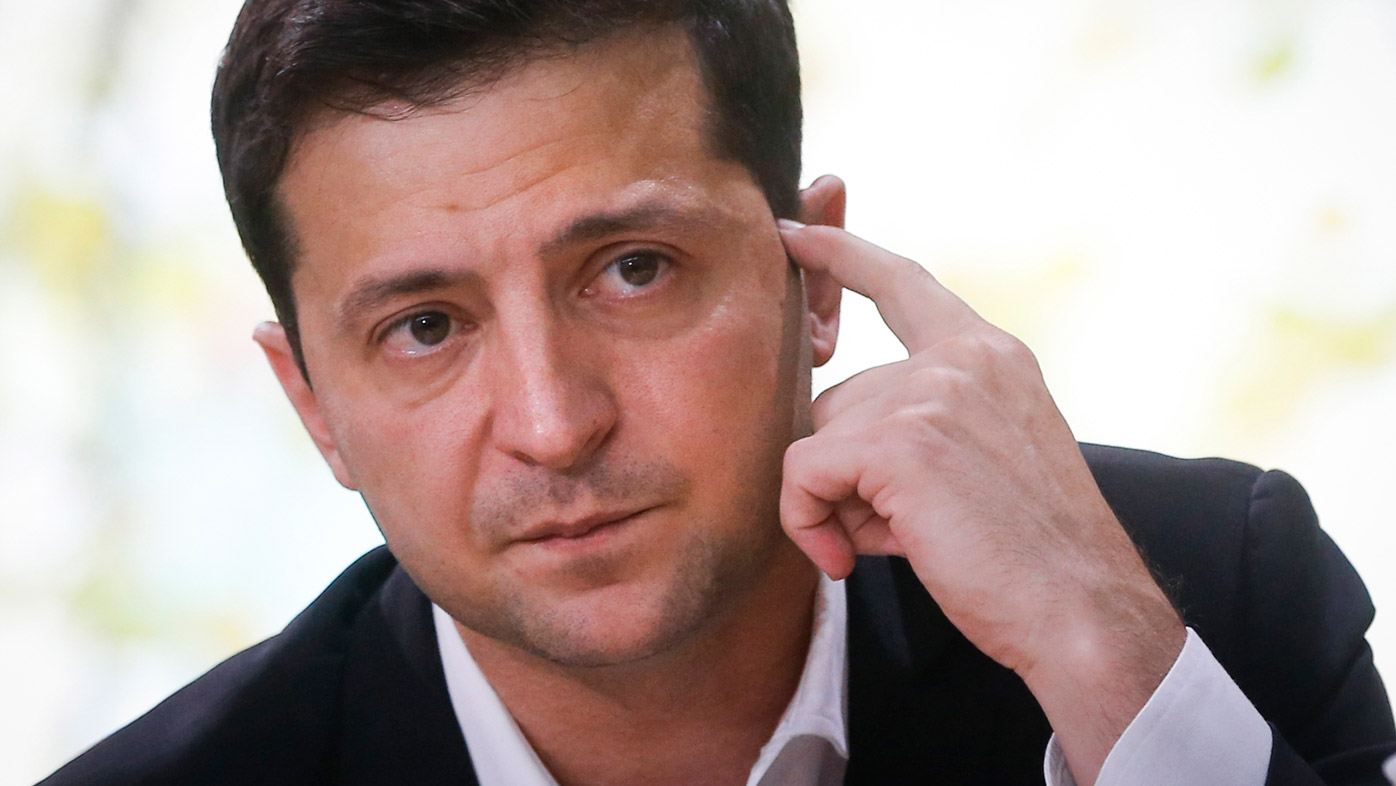 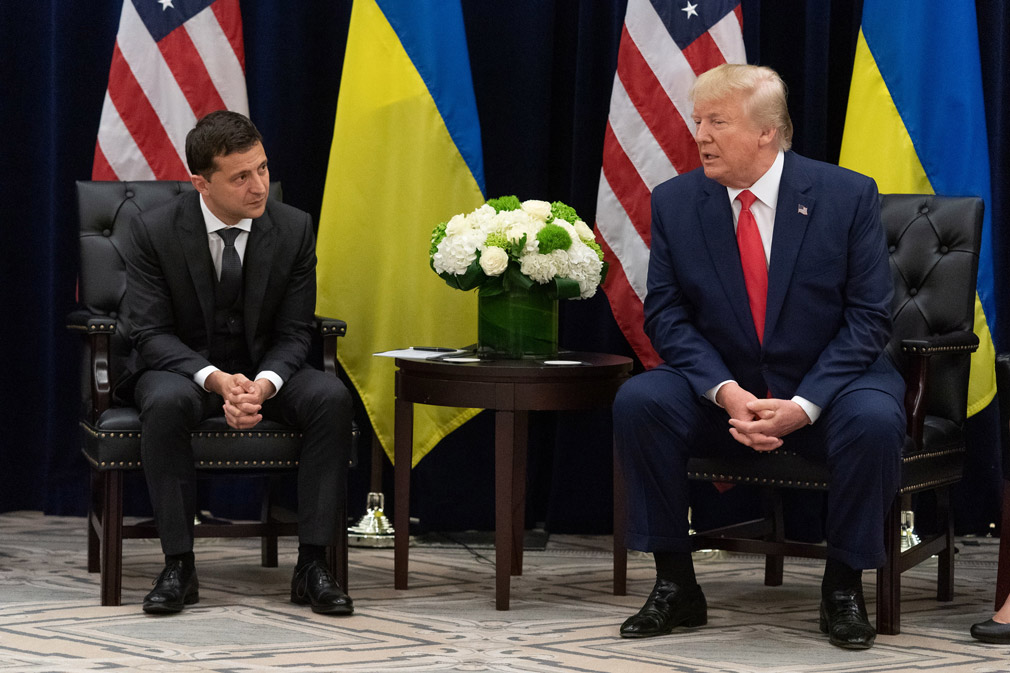 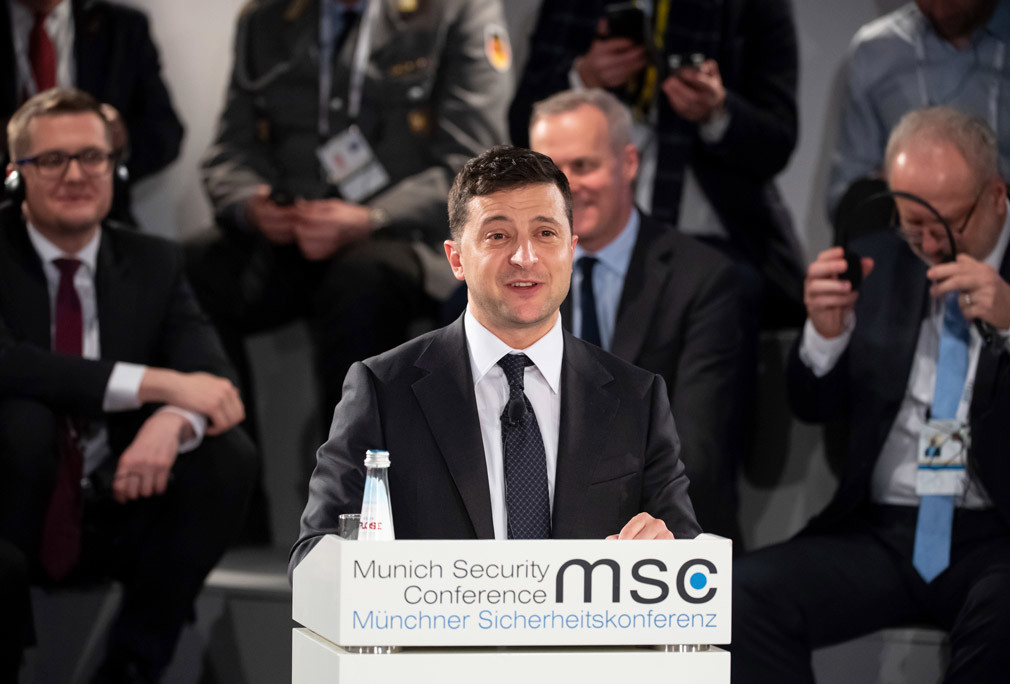 Amanpour quoted a Fox News interview from November in which Mr Trump claimed that Ukraine is known as the third-most corrupt country in the world. In response, Mr Zelensky pushed back and said Kiev fights corruption every day.

"That's not true. When I had a meeting with President Trump and he said that in previous years (Ukraine) was such a corrupt country, I told him very honestly and I was very open with him. I told him that we fight with corruption. We fight each day," Mr Zelensky told Amanpour during the town hall interview.

"Please, please stop saying that Ukraine is a corrupt country, because from now, it's not true. We want to change this image."

'Now I am very popular in the USA'

Pressed by Amanpour on how the impeachment proceedings had affected relations between Washington and Kiev, Mr Zelensky asserted Ukraine now has a "very good relationship with the US", and thanked Mr Trump for his support.

"I want to thank the President, and the USA, and ordinary American people for supporting Ukraine, especially now when we have war. Thank you for your help... We feel it, we feel it with our hearts, with our body," Mr Zelensky said.

The groundwork for the third impeachment of a US president began in September. House Speaker Nancy Pelosi announced an impeachment inquiry after an anonymous whistleblower alleged Mr Trump sought re-election help from Mr Zelensky in a July 2019 phone call.

The House alleged a months-long effort by Mr Trump and his personal attorney, Rudy Giuliani, to pressure Ukraine to announce investigations into the President's political rivals while Mr Trump withheld US$400 million in US security aid and a White House meeting.

The House impeached Mr Trump on two articles in December, backed by all but two Democrats.

Mr Zelensky quipped that he always wanted to be popular in the US.

"If this way will help Ukraine, I am ready for the next call with Mr Trump."

Mr Zelensky also addressed the ongoing conflict with Russia, emphasising that hostility from the Kremlin has repercussions outside his country.

"If there is no Ukrainian strong army, there will be no Ukraine, and that will be the case when everyone will understand... it's not the war in Ukraine, it's the war in Europe," Mr Zelensky told Amanpour.

"We are defending our country, our land. We are not attacking anyone, because that is immoral. It is not up to date. It is not civilised," he added.

Mr Zelensky said Kiev does not wish to see any escalation in a conflict that has cost thousands of Ukrainian lives.

READ:  WHO: Number Of New Coronavirus Cases Outside China Exceed Country Of Origin

"When you understand the price of each dialogue – how much it costs, not in time, but in people's lives. How many meetings took place in the Minsk format, in the Normandy format? How many meetings were there over the last six years? It's not in time you can measure. We measure it in the destinies of the people," Mr Zelensky said.

"I will be candid by saying Europe wants it... The main thing is that Russia wants it. Honestly, Russia should want it, to give our territory, our land back to us," he continued, adding that he believes it is possible to secure a ceasefire agreement with Russia.

"I have my internal feeling, and it's not only a feeling, but it is based on the steps that we are taking, that we will be able to secure this ceasefire and ensure the return of our territories. I don't know how much time we will need for that," Mr Zelensky told Amanpour.