As authorities sought to contain COVID-19 outbreaks at UK universities, some students complained they were being “imprisoned” in their dormitories and politicians debated whether young people should be allowed to go home for Christmas.

As authorities sought to contain COVID-19 outbreaks at UK universities on Sunday, some students complained they were being "imprisoned" in their dormitories and politicians debated whether young people should be allowed to go home for Christmas.

Students at universities in Glasgow, Manchester and Edinburgh — who have returned to campus in the past few weeks — are being asked to self-isolate in their residence halls, with security guards at some schools preventing young people from leaving their buildings. 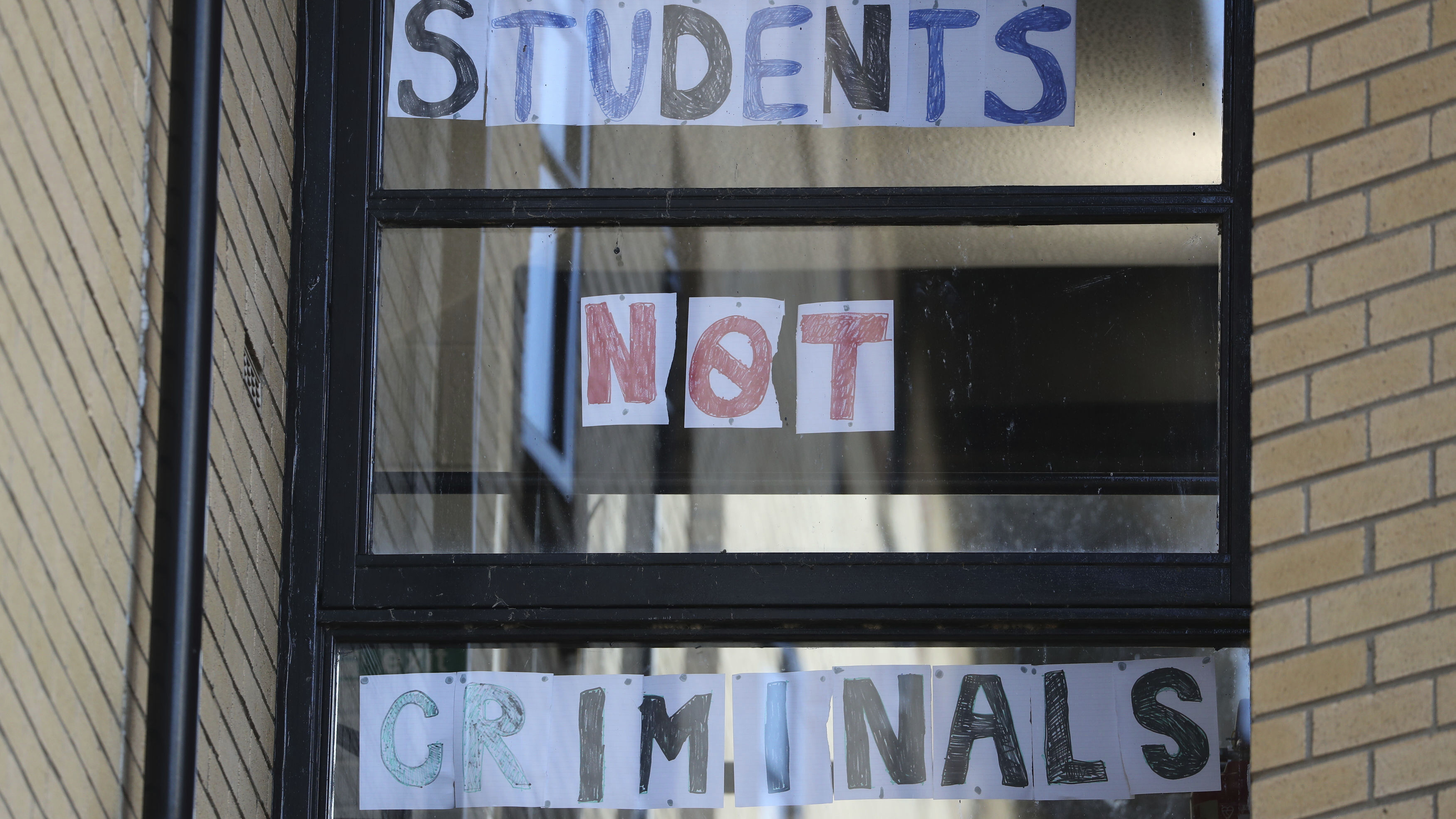 While students at Glasgow University greeted the lockdown with humour, posting signs asking passersby to "send beer," those in Manchester had a darker message, taping "HMP MMU" in their windows, suggesting the dormitory had become "Her Majesty's Prison Manchester Metropolitan University."

Dominic Waddell, 21, a first-year filmmaking student at MMU, said some students didn't even receive emails informing them about the lockdown.

"There was a security guard that just arrived at the gate of our accommodation and he wasn't letting anybody leave, not really explaining what was going on," Waddell said. 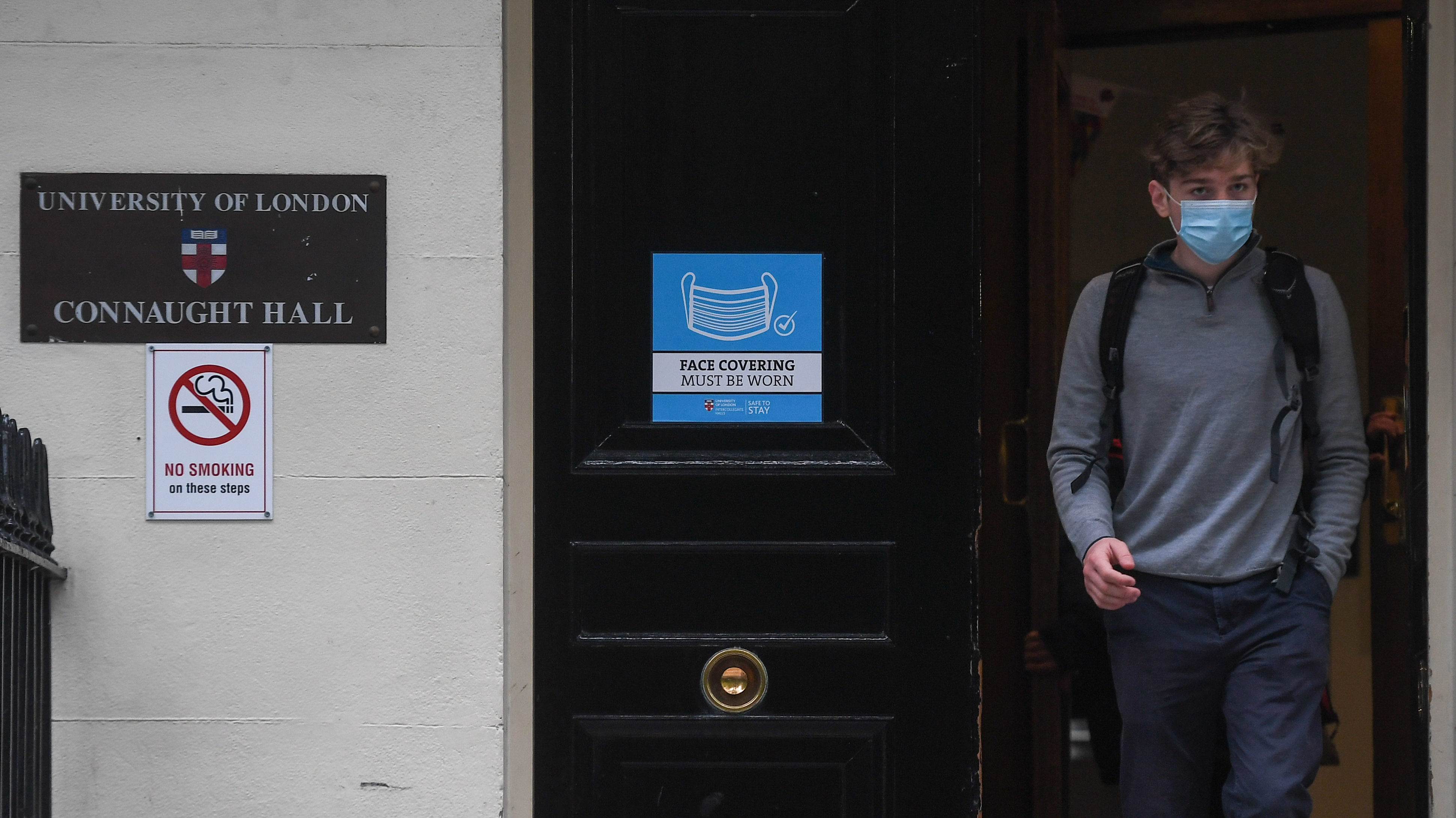 "They're saying the safety and well-being of our students and staff and the local community is our top priority, but it doesn't really seem like that if they haven't allowed us time to prepare for this."

The lockdowns come as more students headed back to campuses across the country, and some observers criticised the government's decision to reopen universities despite forecasts that this would lead to virus outbreaks.

The government defended the decision, saying it had put clear guidelines in place to protect students and staff.

READ:  Can't Stop Arguing With Your Partner About COVID-19 Risks? Here’s What To Do. 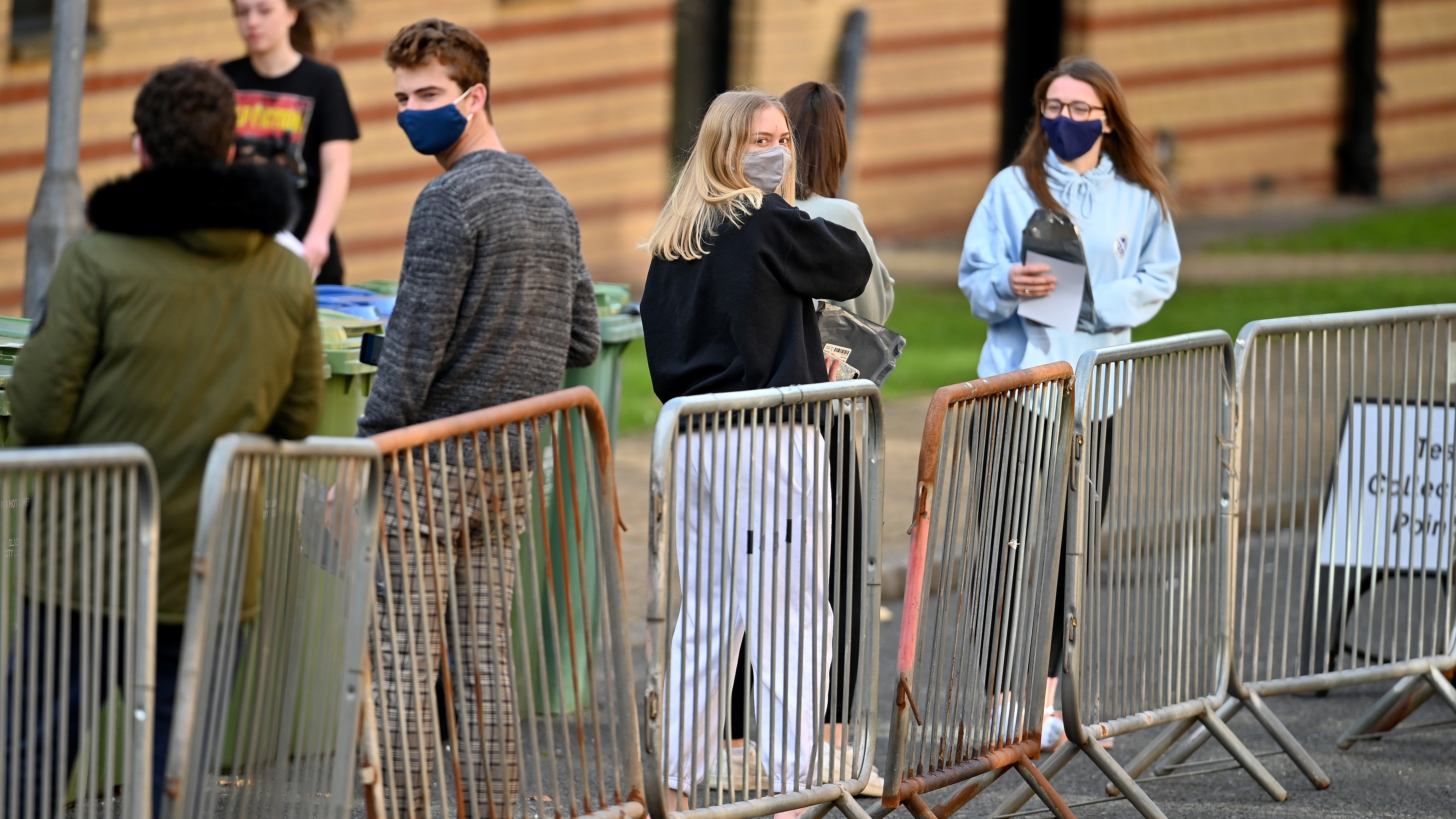 "Young people have paid a huge price in this crisis. I think it's only fair to try to get them back," Culture Secretary Oliver Dowden told the BBC's Andrew Marr program.

Meanwhile, Prince Charles, the heir to the throne, warned that up to a million young people may need "urgent help'' to protect their futures from the ravages of the COVID-19 pandemic.

The social and economic crisis created by the coronavirus is reminiscent of the upheavals of the 1970s, when youth unemployment was one of the most pressing issues facing British society, he said. 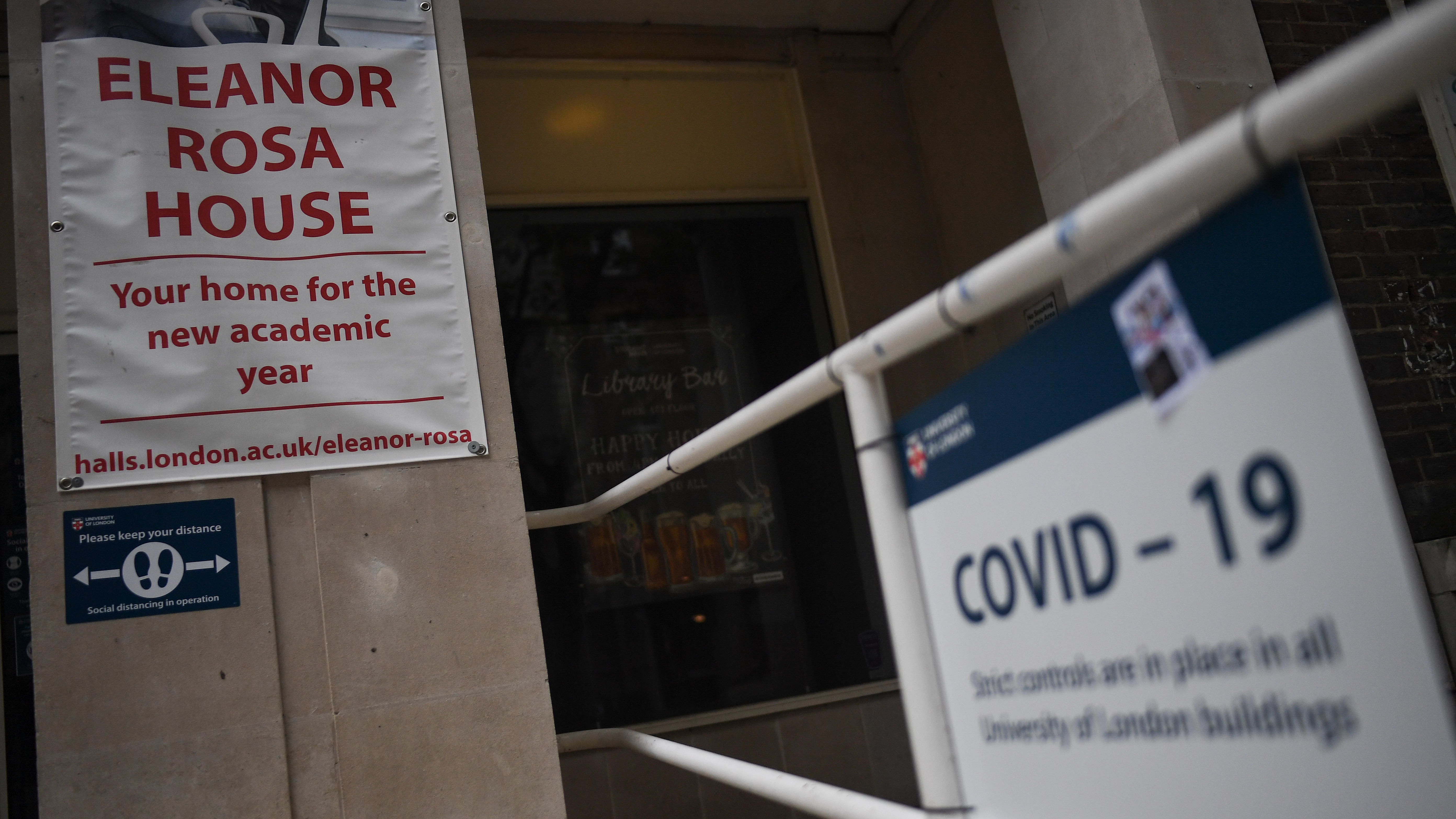 "There has never been a time as uniquely challenging as the present, when the pandemic has left perhaps another million young people needing urgent help to protect their futures,'' the Prince of Wales wrote in the Sunday Telegraph.

"The task ahead is unquestionably vast, but it is not insurmountable."

The controversy is the latest to embroil Prime Minister Boris Johnson's government as the spread of COVID-19 accelerates across the UK.

Johnson last week announced a 10pm curfew on bars and restaurants throughout England, along with other restrictions on social interactions, but many health experts said the measures didn't go far enough. 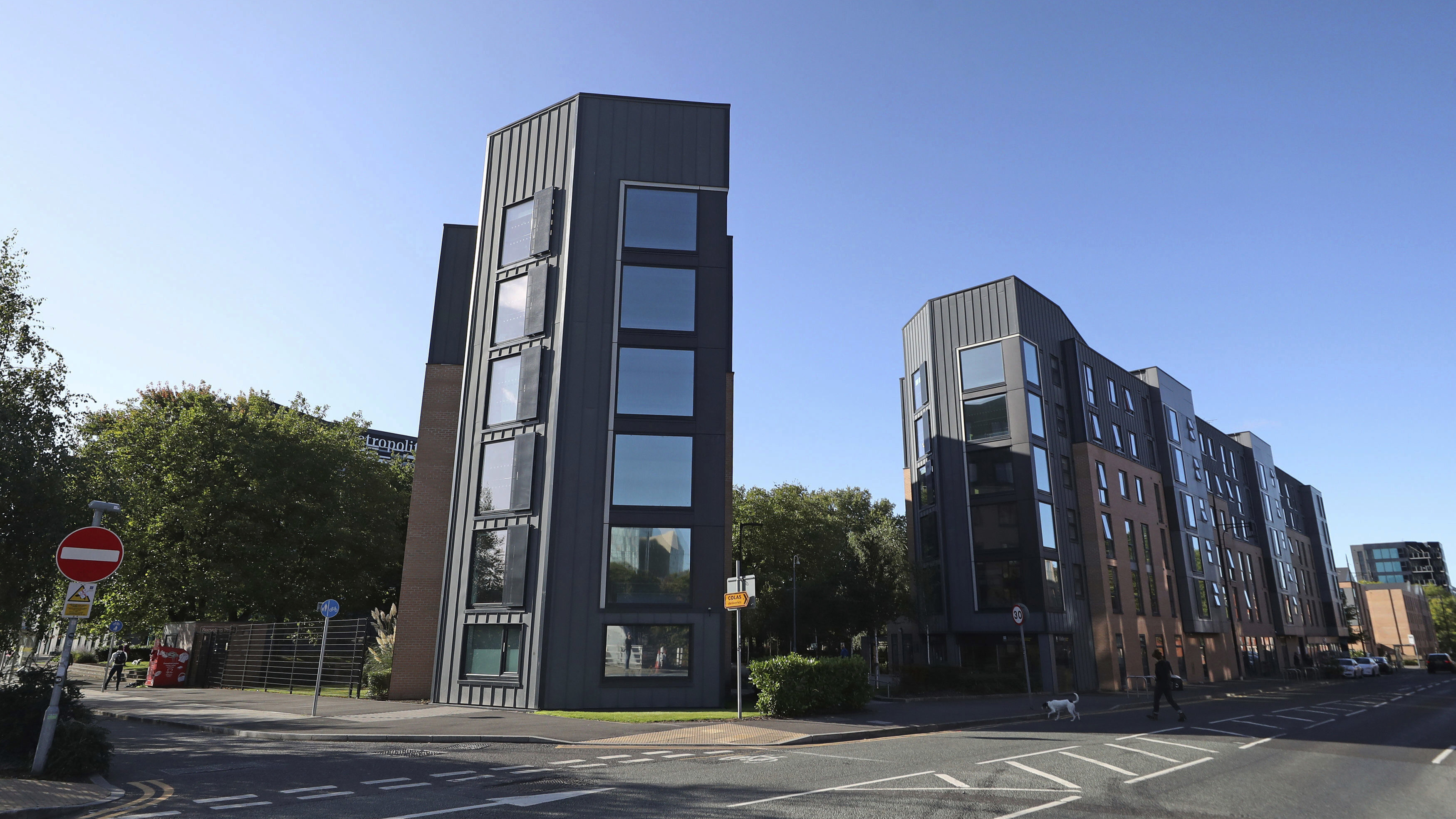 Lawmakers and scientists have criticised Johnson's Conservative government for problems with the national test-and-trace program that was supposed to help control the spread of the disease and reduce the need for limits on social interactions.

Young people have been particularly hard hit by the pandemic, even though they are less likely to become seriously ill.

The closure of schools during the spring coronavirus lockdown cancelled national achievement tests in Britain and threw university admissions into disarray.

First-year students have had to forego social events seen as a rite of passage at the start of their college careers, and the job prospects for graduates look bleak as unemployment rises.

Now many university students are facing increased restrictions amid clusters of COVID-19 cases on campuses that have already reopened. 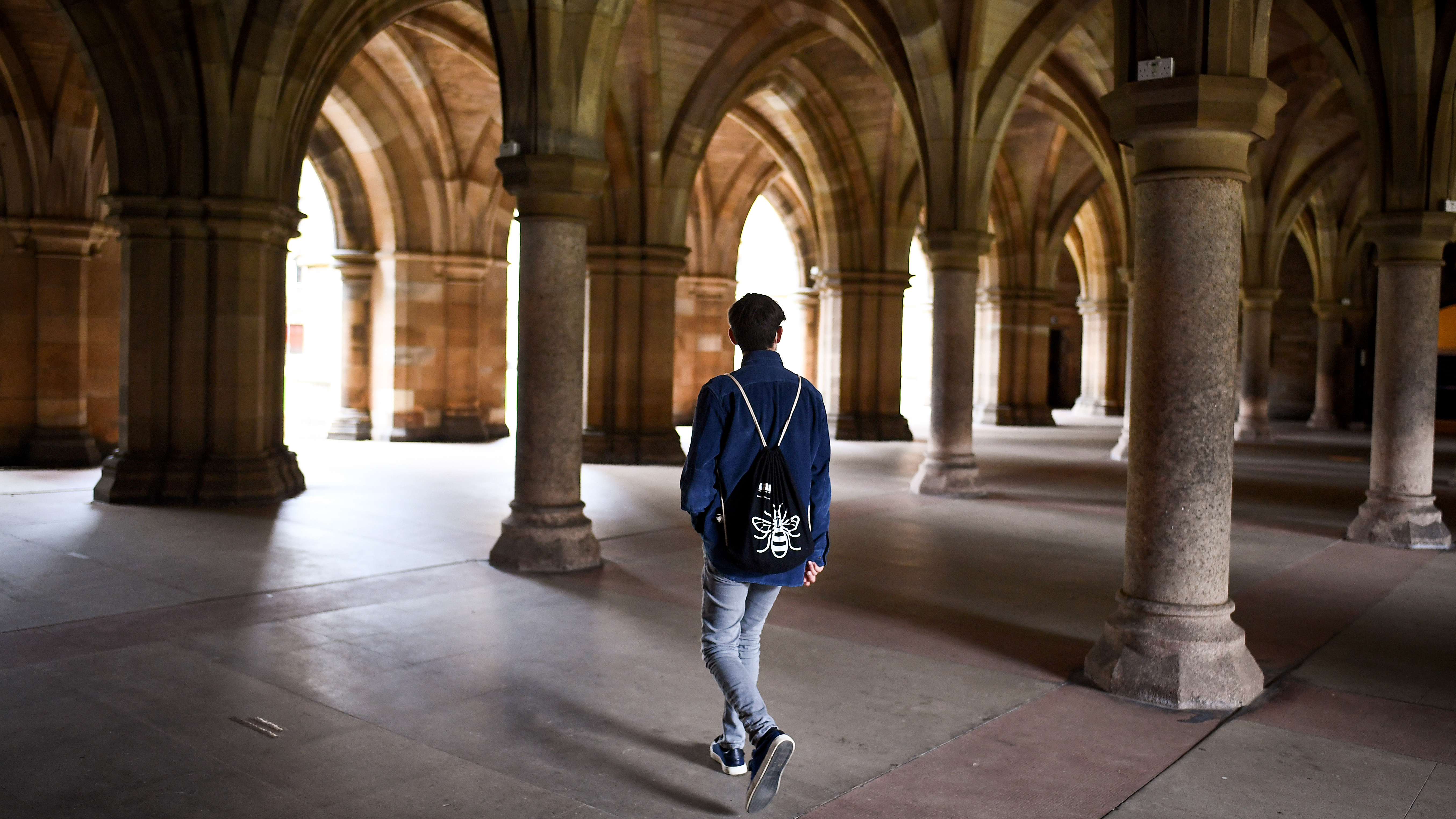 With health experts saying the university outbreaks were entirely foreseeable, the debate has begun over whether students will be allowed to return home for Christmas.

The opposition Labour Party urged the government on Sunday to promise that students would be permitted to go home for the holidays.

David Lammy, a leading Labour lawmaker, told the BBC the government must improve the country's virus testing system to make sure this is possible.

"We want young people home with their families at Christmastime, and they need the testing to make sure that that can happen," he said.

"By Christmas, we would have had the coronavirus for nine months. That we couldn't get a test, track and trace system in place by then has got to be described as pathetic.''

The struggles of students underscore growing indications that the virus is spreading throughout the UK. 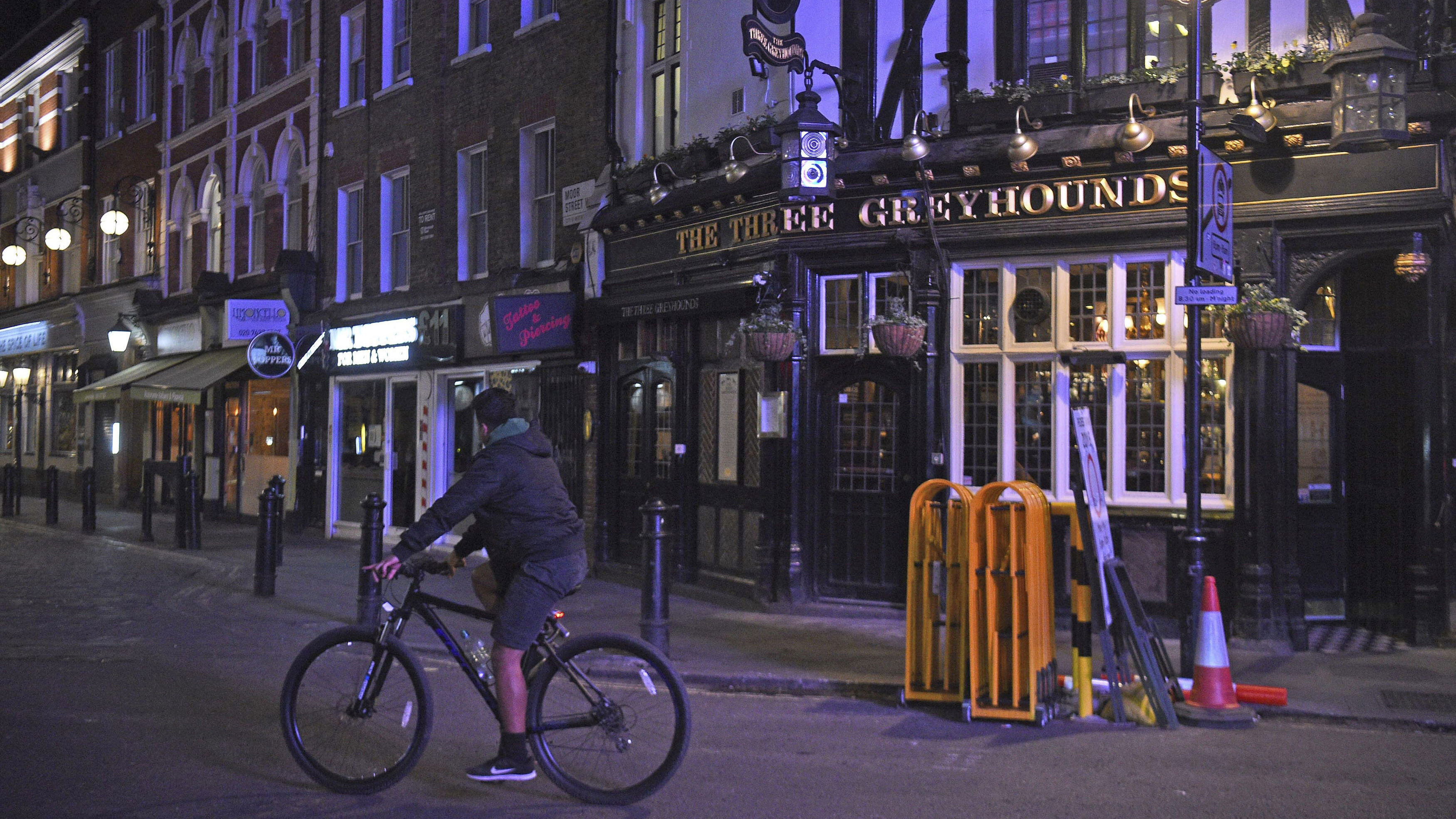 New infections, hospitalisations and deaths have all risen sharply in recent weeks.

Britain already has Europe's worst death toll from the pandemic, with about 42,000 confirmed deaths.

But scientists who are urging more restrictive measures are being challenged by critics fearing further damage to the economy.

By Monday, about one-quarter of the UK's 65 million people will be living under these heightened restrictions. London, home to almost nine million people, was added to the government's COVID-19 watchlist as an "area of concern."

"It's very likely that London will find itself in a situation with restrictions," said Lammy, who represents an inner-city constituency of the capital.

Some lawmakers have criticised the Conservative government for abusing its power by restricting civil liberties without parliamentary approval.

The House of Commons on Wednesday will consider an amendment to existing COVID-19 legislation that would give Parliament the right to vote on any new restrictions.

Dowden defended the government's decision to move forward without prior approval from Parliament.

"I think it's important in a crisis like this, when things are moving very rapidly, that the government has the power to move quickly'' to contain the virus, Dowden told Sky News.

"But then it is important that MPs hold us to account and vote on that, and that is exactly what is happening."