The country takes its biggest step yet out of coronavirus lockdown with the reopening in England of restaurants, pubs and hairdressers, along with secular and sacred venues including cinemas and churches.

Boris Johnson wants a haircut and a beer.

Like millions of other Britons, the prime minister will be able to have a trim and a tipple on Saturday, when the country takes its biggest step yet out of coronavirus lockdown with the reopening in England of restaurants, pubs and hairdressers, along with secular and sacred venues including cinemas and churches.

Britain is also opening up to travel, announcing Friday that it will scrap a requirement for people arriving from dozens of countries to spend 14 days in isolation. 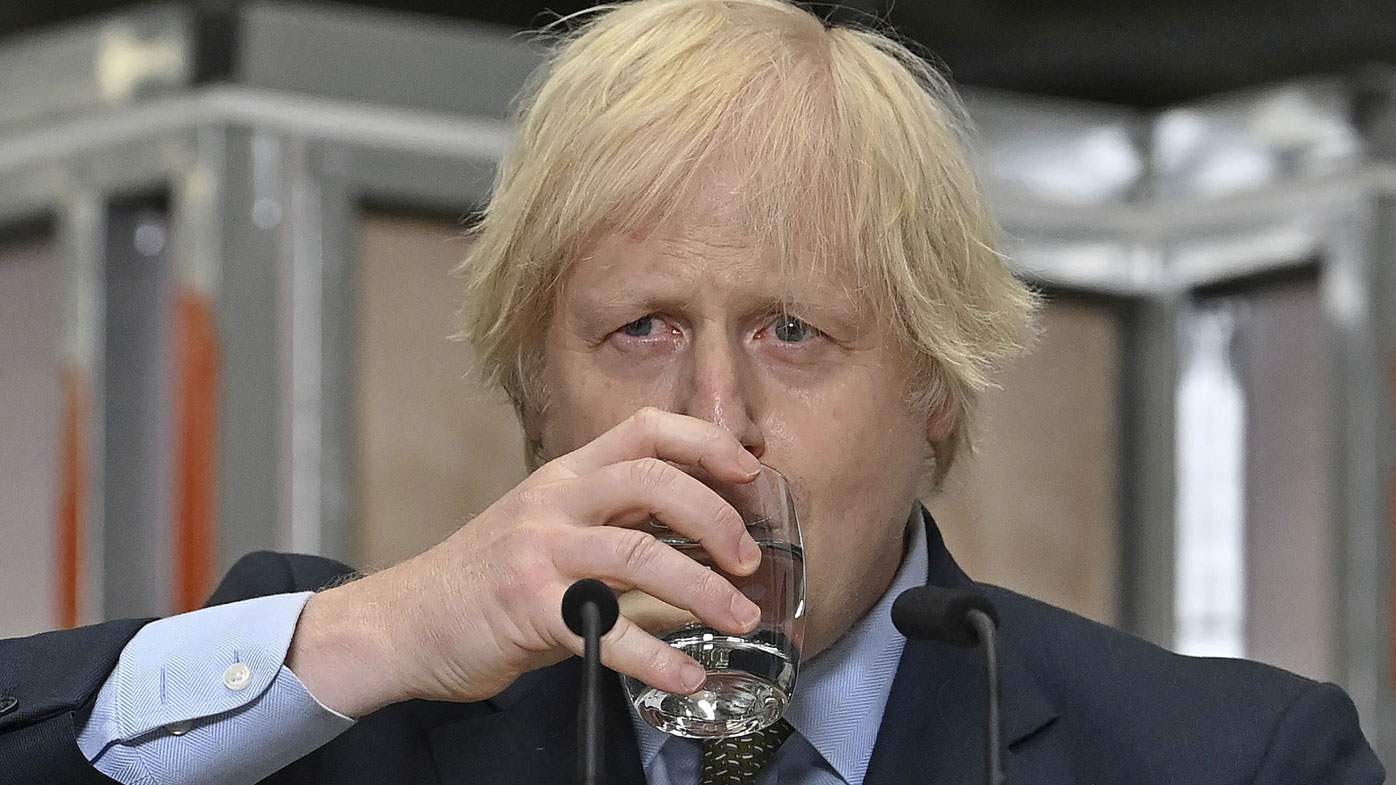 Starting July 10, quarantine will be lifted for arrivals from countries deemed "lower risk" for the coronavirus, including Australia, Japan, France, Spain, Germany and Italy — but not the United States, the world's worst-hit country from COVID-19.

The list of 73 countries and territories exempted from quarantine includes Australia, New Zealand and much of western Europe — though not Portugal or Sweden, which have relatively high infection rates. Also on the list are Asian nations such as South Korea and Vietnam that have tamed their outbreaks and several Caribbean nations including Jamaica.

Some of those countries will still quarantine British visitors. 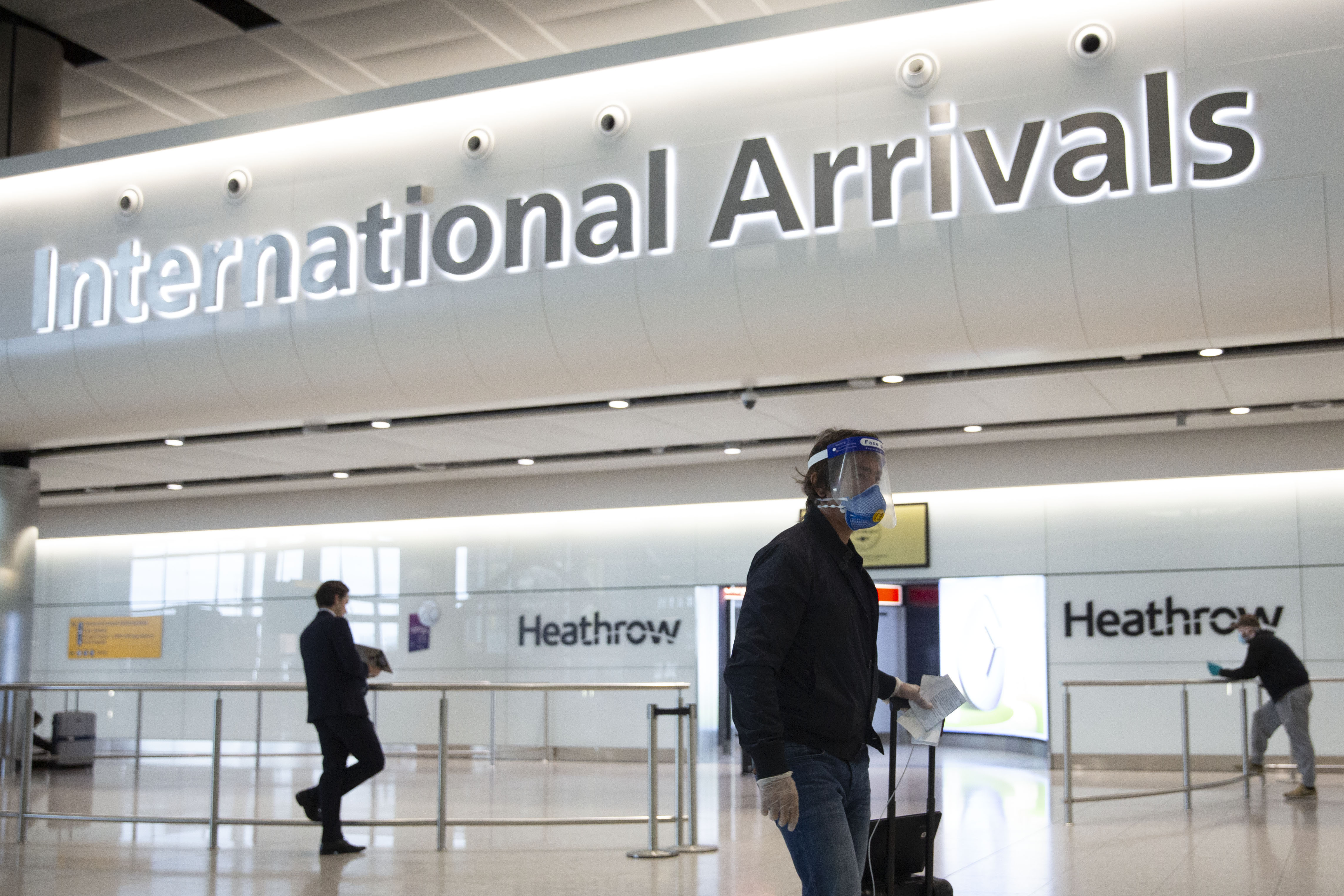 The US, which has the highest number of coronavirus cases and deaths in the world, isn't on the list.

The British government also changed its official advice against all but essential travel outside the country. Starting Saturday, travel for work or leisure has been OKed to dozens of countries, including some, such as Canada, that are not on the quarantine-free list. The U.K. still advises against travel to the U.S.

READ:  What Happens Once You've Had Coronavirus – And Can It Come Back?

Caught between public health fears and a staggering economy, the British government has seemed uncertain whether to encourage people to go out or stay home.

On Wednesday, the Treasury tweeted a message urging people to "grab a drink and raise a glass" to pubs reopening — then deleted it after a shower of criticism. 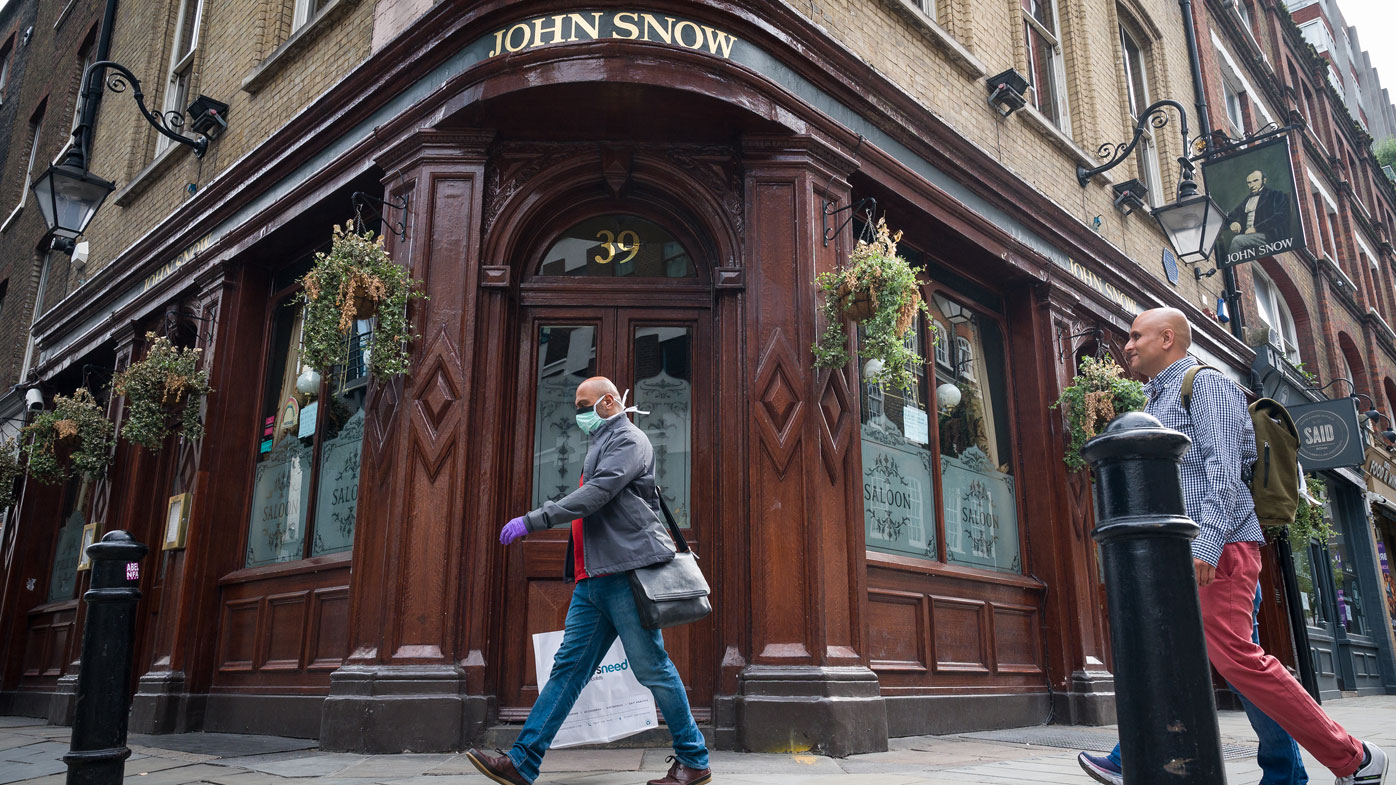 For isolation-weary Britons and cash-starved businesses, relief at easing the three-month lockdown is mixed with trepidation.

Britain has the highest COVID-19 toll in Europe, with almost 44,000 confirmed deaths, and scientists say the coronavirus is still on the loose.

The Office for National Statistics estimates there are 25,000 new infections a week in England.

Even the usually ebullient Johnson said this week that the virus was "still circling like a shark in the water."

"My message is for people to enjoy summer sensibly and make sure it all works," Johnson told LBC radio on Friday. "Let's not blow it." 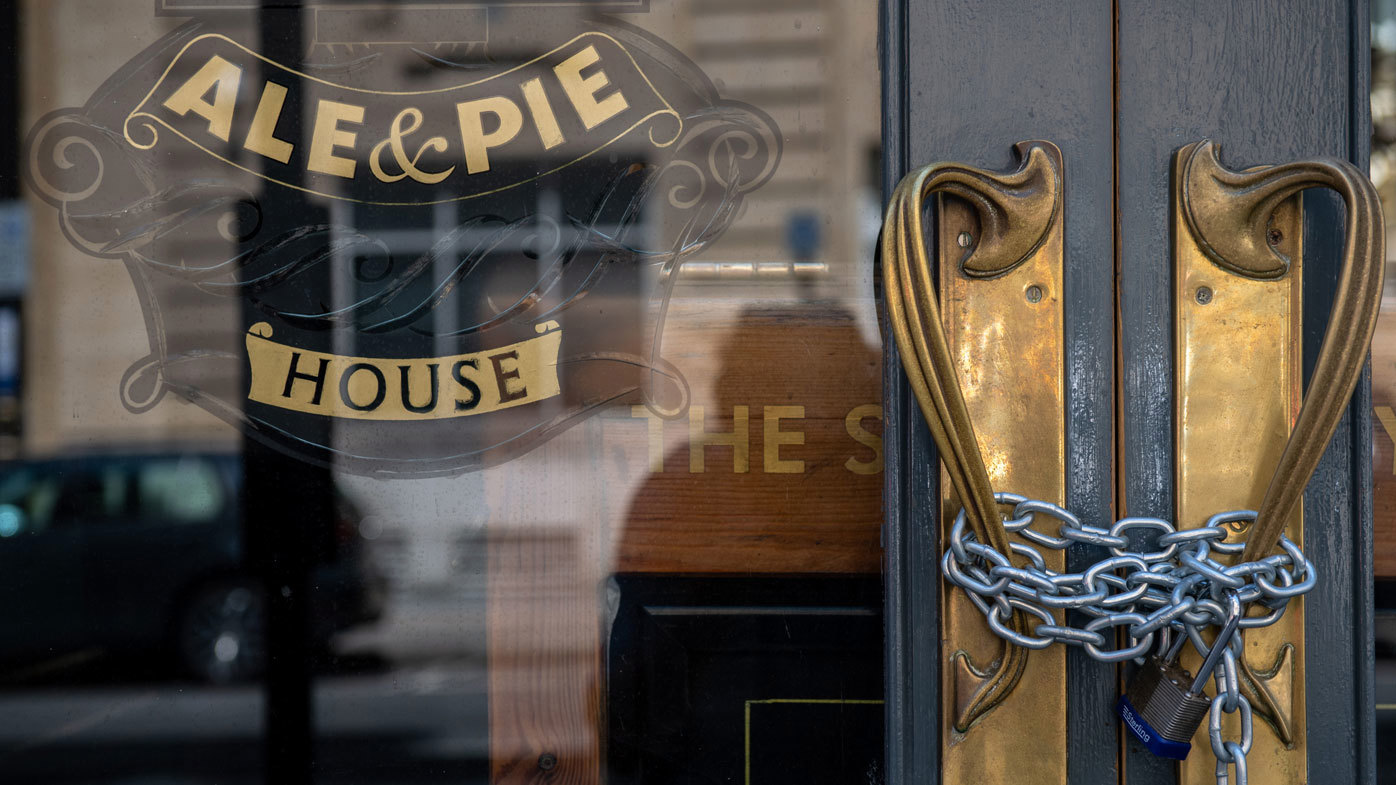 When pubs and restaurants reopen Saturday, it will be anything but business as usual.

They will have to take contact details for each group, and people can only socialise with one other household at a time. There will be more cleaning, a ban on queuing at the bar for a drink, and reduced capacity, with patrons told to stay at least one meter (three feet) apart.

"I think the vast majority of pubs and restaurants are welcoming and opening with enthusiasm," said Jane Pendlebury, chief executive of Hospa, the Hospitality Professionals Association. "Still, the restrictions are making it tough.

"And of course, the pub environment, the restaurant environment is going to have a very different vibe," she said.

Some pubs are staying closed over the weekend, or even longer. Even so, police have questioned the wisdom of reopening pubs on a Saturday. Tim Clarke of the Metropolitan Police Federation warned the weekend could be "as busy as policing New Year's Eve." 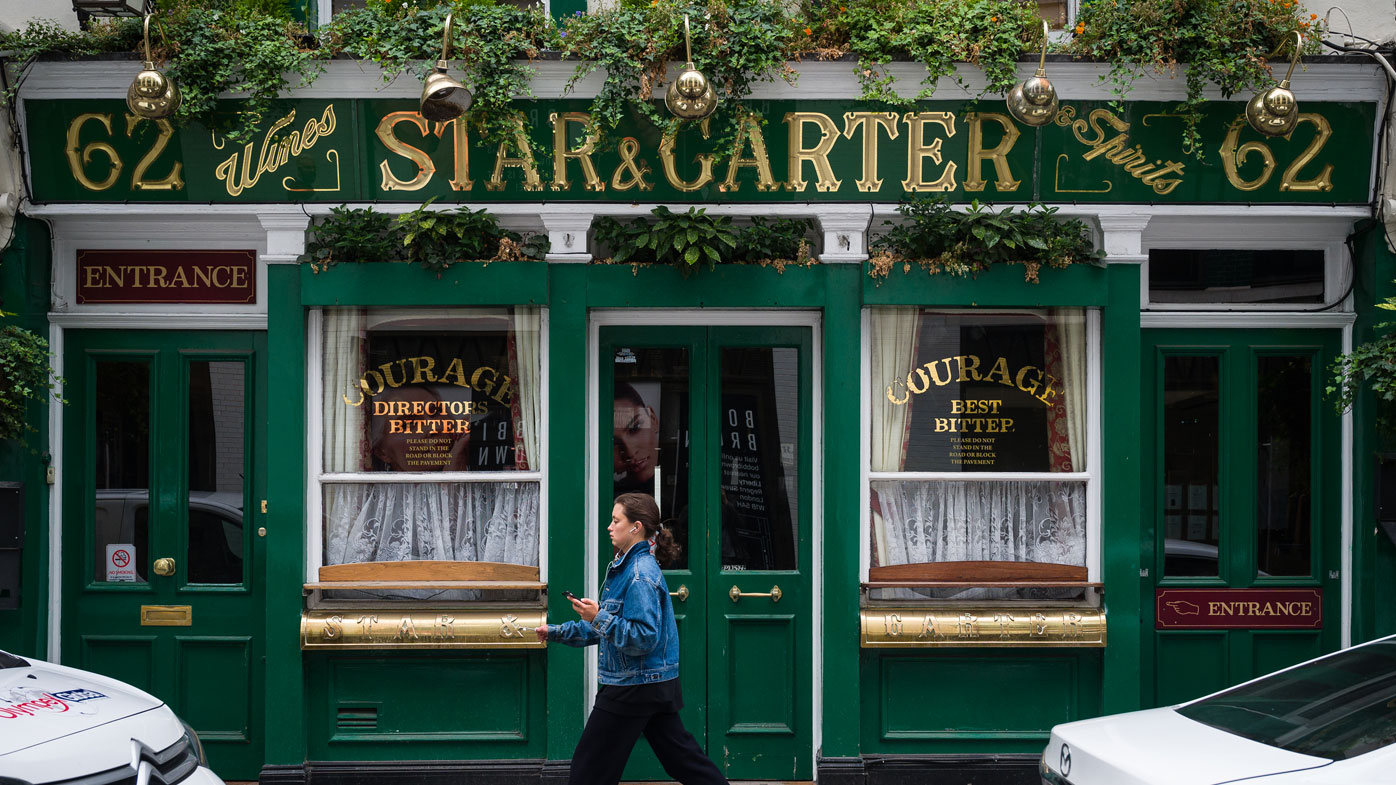 One city in England will not be joining in the reopening. Leicester, population 300,000, was sent back into lockdown this week amid a spike in coronavirus infections. Non-essential shops have been closed and pubs and restaurants won't be reopening on Saturday.

They are also staying shut north of the border in Scotland.

Scotland controls its own health policy, and Sturgeon has been more cautious about lifting lockdown than authorities in England. Pubs in Scotland can open beer gardens from Monday, but won't be able to serve people indoors until July 15.

Scotland also hasn't agreed to the plan to end quarantine for travellers, which for now applies only to England. Sturgeon accused the UK government of changing its list of safe countries up to the last minute. 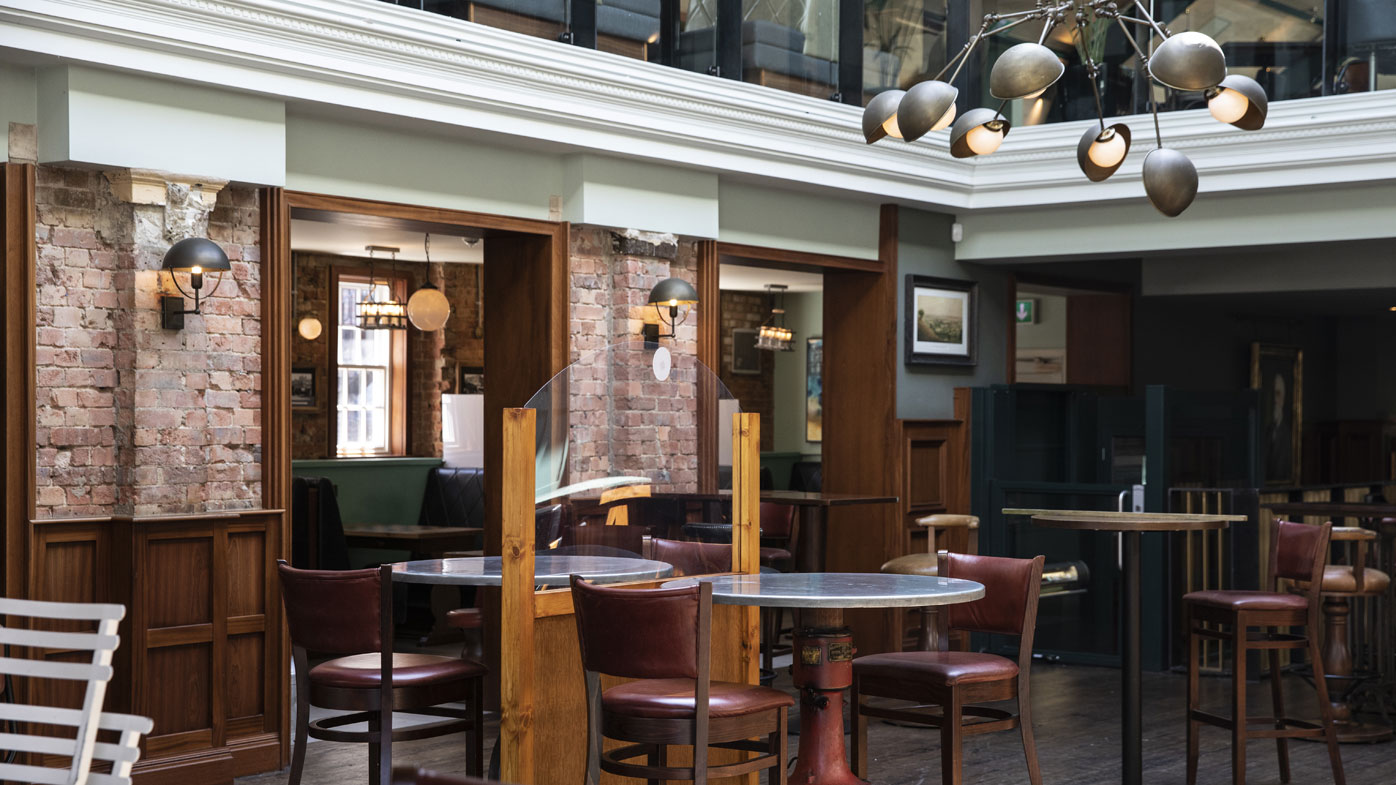 "When so much is at stake, as it is right now, we can't allow ourselves to be dragged along in the wake of another government's, to be quite frank, shambolic decision-making process," she said.

The leader of Wales, Mark Drakeford, also said dealing with Johnson's government over the travel plan had been "an utterly shambolic experience."

Johnson has said he wants people to enjoy themselves, and plans to have a pint and get his shaggy blond locks trimmed this weekend.

"Do not undo the sacrifices you have made with reckless behaviour," Johnson told the Evening Standard newspaper.

Johnson is due to hold a news conference Friday afternoon before what the media has dubbed "Super Saturday."

Bharat Pankhania, an expert in communicable diseases at the University of Exeter Medical School, said the government was sending "mixed messages."

"The virus is still in circulation," he said. "People will get infected and ... we need to take the same precautions that we were taking earlier on.

"I do worry that the enormous cost of the lockdown, the pain and suffering, may be undone very, very quickly."