British health workers, aided by the army, distributed coronavirus tests door-to-door on Saturday in two towns in northern England, seeking to contain a fast-spreading variant that threatens plans to lift all lockdown restrictions next month.

British health workers, aided by the army, distributed coronavirus tests door-to-door on Saturday in two towns in northern England, seeking to contain a fast-spreading variant that threatens plans to lift all lockdown restrictions next month.

Cases of a variant first identified in India have more than doubled in a week, defying a sharp nationwide downward trend in infections won by months of restrictions and a rapid vaccination campaign.

Government scientific advisers say this variant is likely more transmissible than even the UK's dominant strain, though it's unclear by how much. 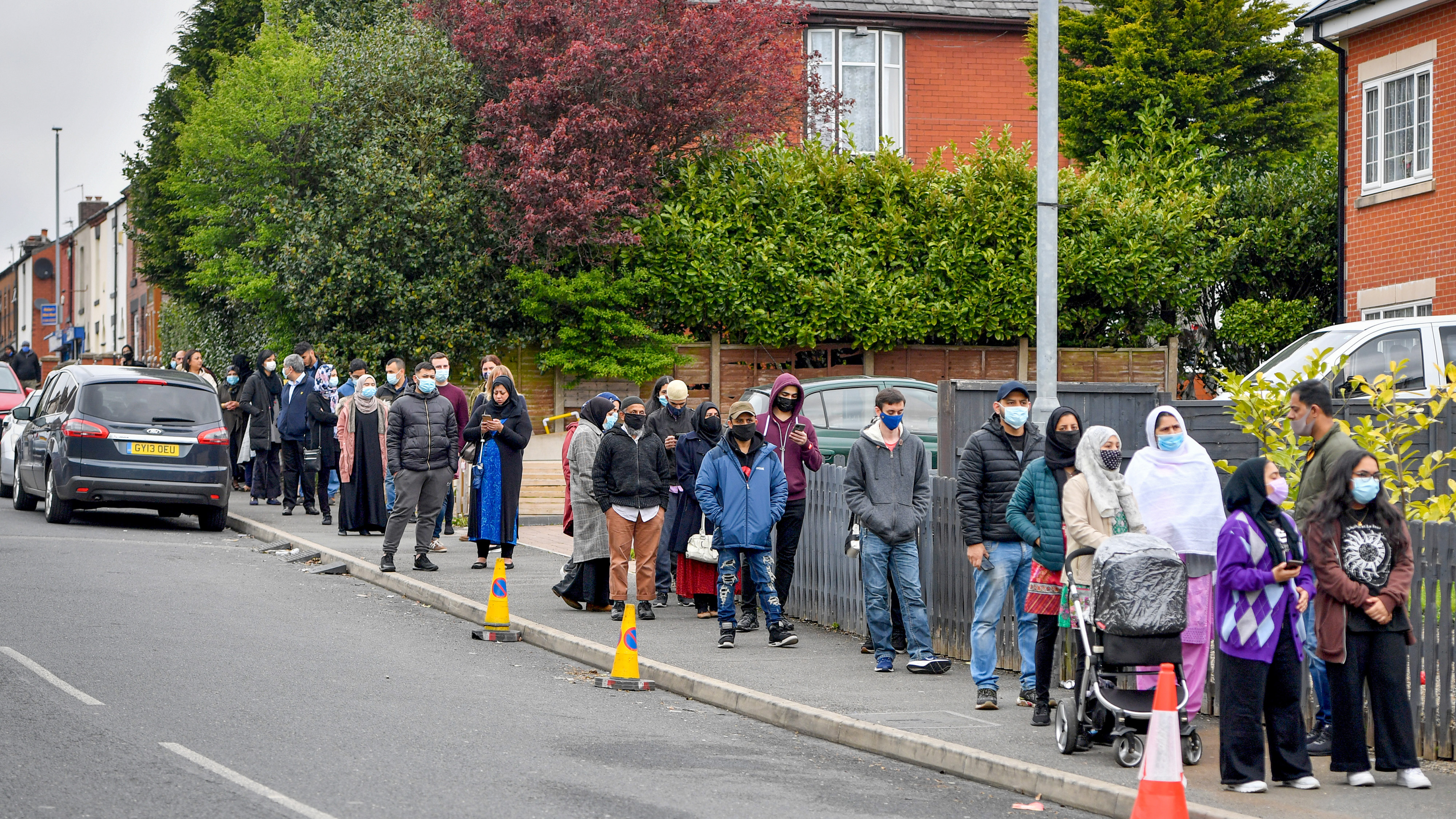 "If the virus is significantly more transmissible, we are likely to face some hard choices," Prime Minister Boris Johnson said at a news conference on Friday.

"I have to level with you that this could be a serious disruption to our progress."

He said the next stage of lockdown-easing measures would take place as planned on Monday, but warned the variant might delay plans to lift all restrictions, including social distancing and face-covering rules, on June 21. 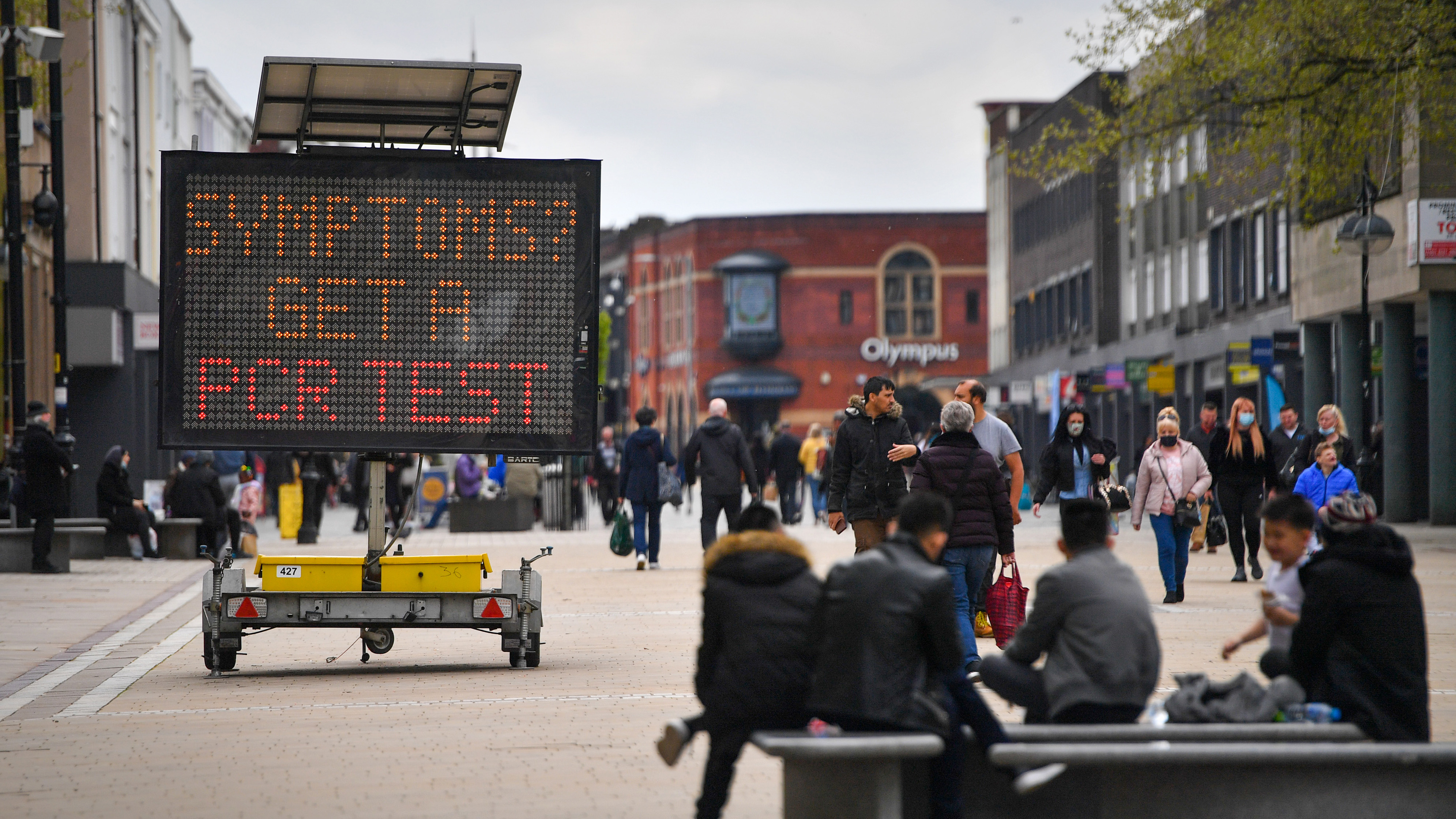 Mr Johnson said soldiers would help carry out "surge testing" in Bolton and Blackburn in northwest England, where pop-up vaccination sites were also being set up to speed the inoculation drive.

The government's scientific advisory committee says there is no evidence so far that the variant causes more severe disease or that existing vaccines won't work against it.

READ MORE: Relief for Aussies on first flight from India

More than two-thirds of British adults have received a first dose of a coronavirus vaccine, and 37 per cent have had both doses.

READ:  Help for renters hit by virus still under discussion

The government is shortening the gap between doses for people over 50 from 12 to eight weeks in a bid to give them more protection.

The government's Scientific Group for Emergencies says the Indian-identified variant, formally known as B.1.617.2, could be up to 50 per cent more transmissible than one first recorded in southeast England last year that is now the UK's dominant strain.

But they say there is a high level of uncertainty about the exact figure.

Mark Walport, a member of the advisory group, said the new variant had "intensified" the race between the virus and vaccines.

"The knife edge on which the race sits has just sharpened," he said.

But new infections have plummeted to an average of around 2,000 a day, compared with nearly 70,000 a day during the winter peak, and deaths have fallen to single figures a day.

Restrictions that have curbed travel, commerce and daily life for months are gradually being lifted. 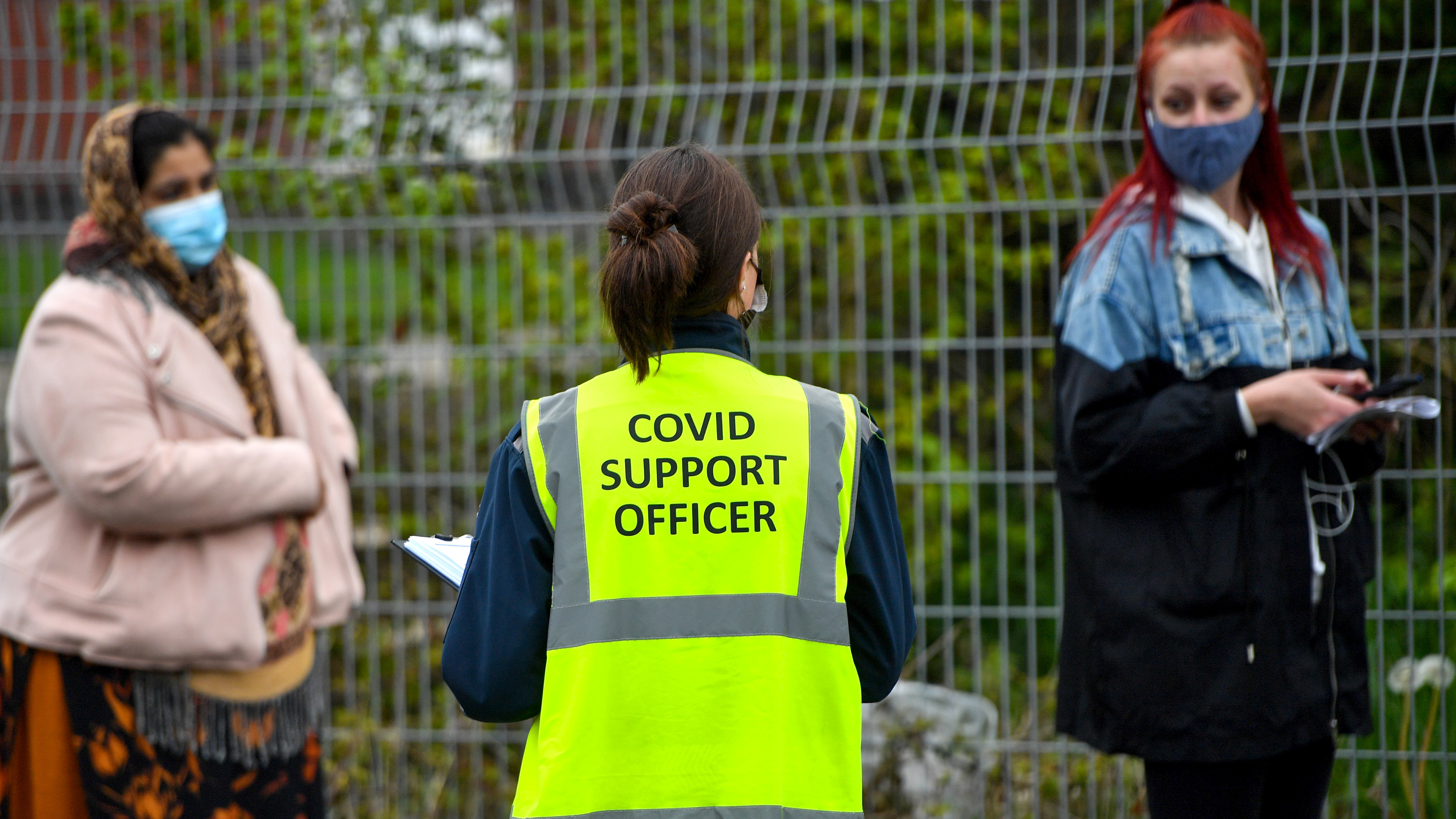 Starting on Monday, restaurants and pubs in England can open indoors, museums, theatres, cinemas and hotels can reopen, and people can once again hug friends and family members they don't live with.

The Scottish government is keeping the city of Glasgow and the northern area of Moray under restrictions because of rising case numbers there.

Critics said the government should have acted sooner to ban travellers from India, which has been gripped by a devastating coronavirus outbreak.

Labour Party lawmaker Yvette Cooper said the government had not barred visitors arriving from India until April 23, a decision that let in "many hundreds of new variant cases."

"This was predictable but it was not inevitable," she said.