People on the street honoured Prince Philip’s life of service to his wife and the nation after hearing of the death of a man who had been at the centre of public life longer than most of them have been alive.

World leaders and people on the street have honoured Prince Philip's life of service to his wife, Queen Elizabeth II, and the British nation after hearing of the death of a man who had been at the centre of public life longer than most of them have been alive.

At Buckingham Palace, the Queen's London residence, members of the public laid daffodils at the gates, and the flag was lowered to half-staff. The BBC interrupted programming to broadcast the national anthem, "God Save the Queen". 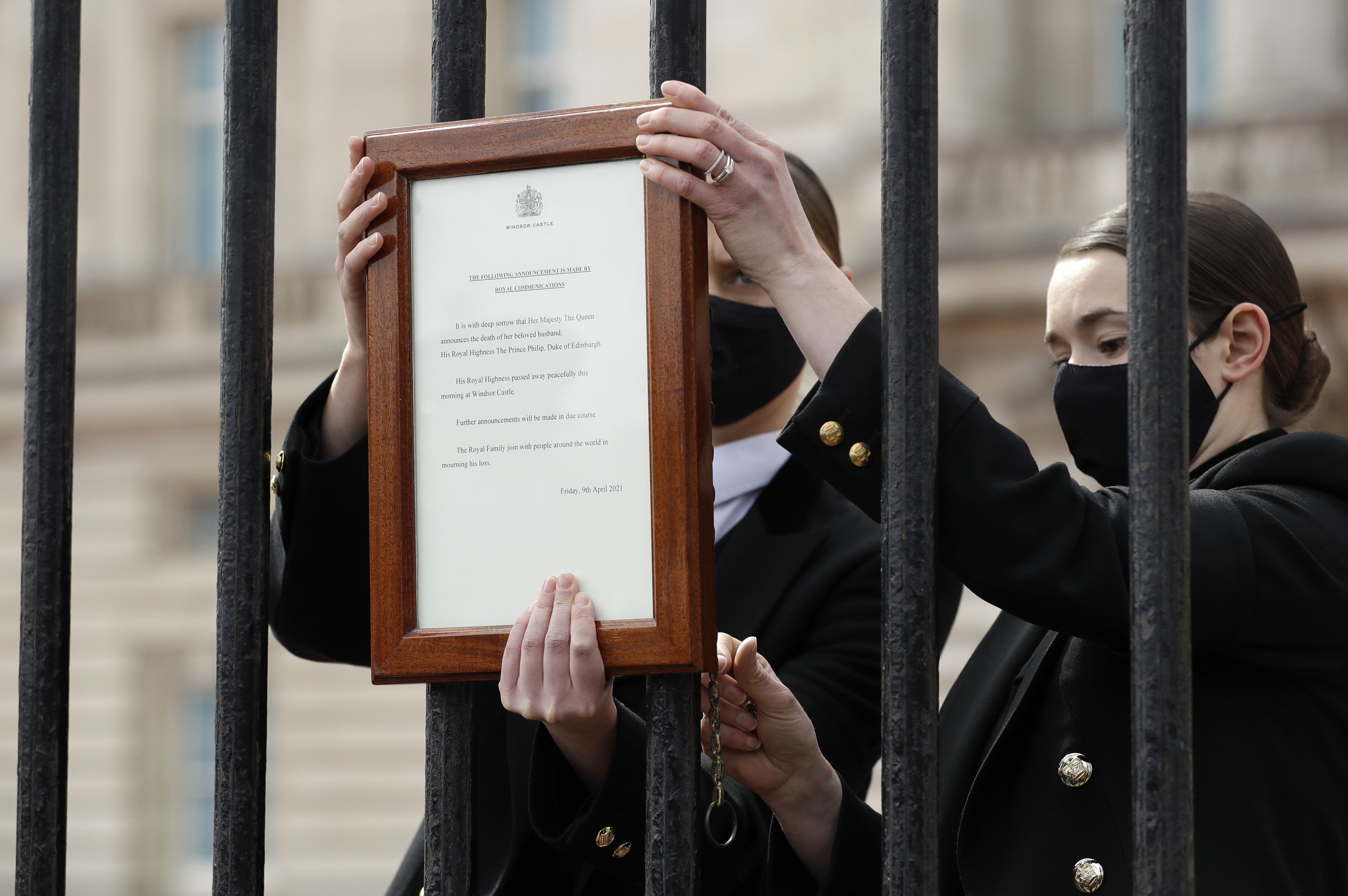 Prime Minister Boris Johnson said Philip, 99, "earned the affection of generations here in Britain, across the Commonwealth and around the world."

"We are a kingdom united both in grief and in gratitude," Johnson said. "Grief at Prince Philip's passing, and gratitude for his decades of selfless service to the country."

Philip, who served in the Royal Navy during World War II, married the future queen in 1947 and kept up a full schedule of public appearances until he retired in 2017. On March 16, he was released from the hospital looking tired and gaunt after receiving treatment for an undisclosed infection and a heart problem.

READ MORE: What happens in the days after Prince Philip's death? 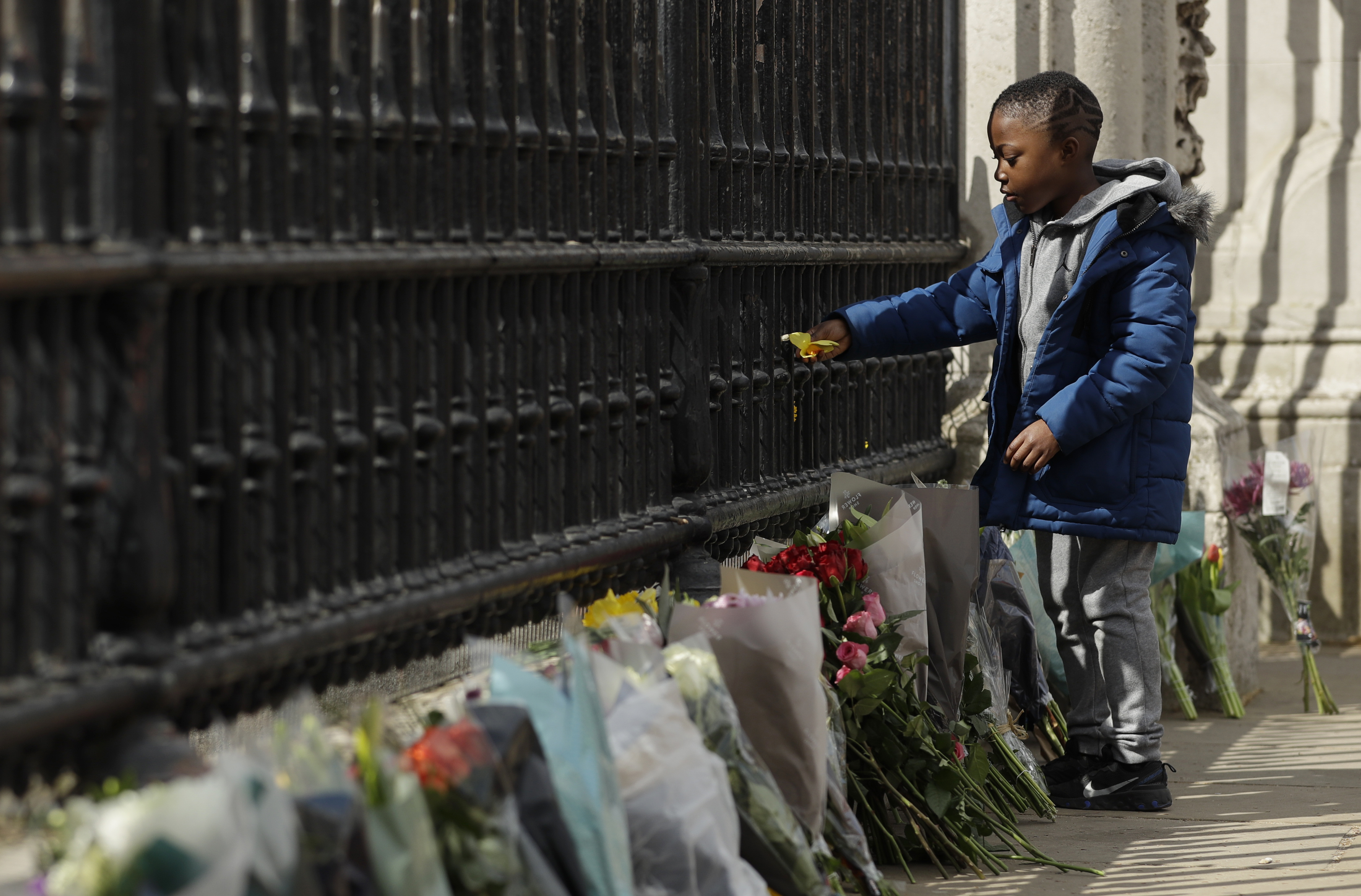 Known for his sharp wit and loyalty to the monarch, he fulfilled more than 20,000 royal engagements to boost British interests at home and abroad. He also led hundreds of charities, started programs that helped British schoolchildren, and helped raise his four children, including his eldest son, Prince Charles, the heir to the throne.

US President Joe Biden offered condolences to the queen "on behalf of the people of the United States."

"The impact of his decades of devoted public service is evident in the worthy causes he lifted up as patron, in the environmental efforts he championed, in the members of the Armed Forces that he supported, in the young people he inspired, and so much more," he said. "His legacy will live on not only through his family, but in all the charitable endeavours he shaped."

OBITUARY: Prince Philip was the longest-serving royal consort in British history and the oldest serving partner of a reigning monarch 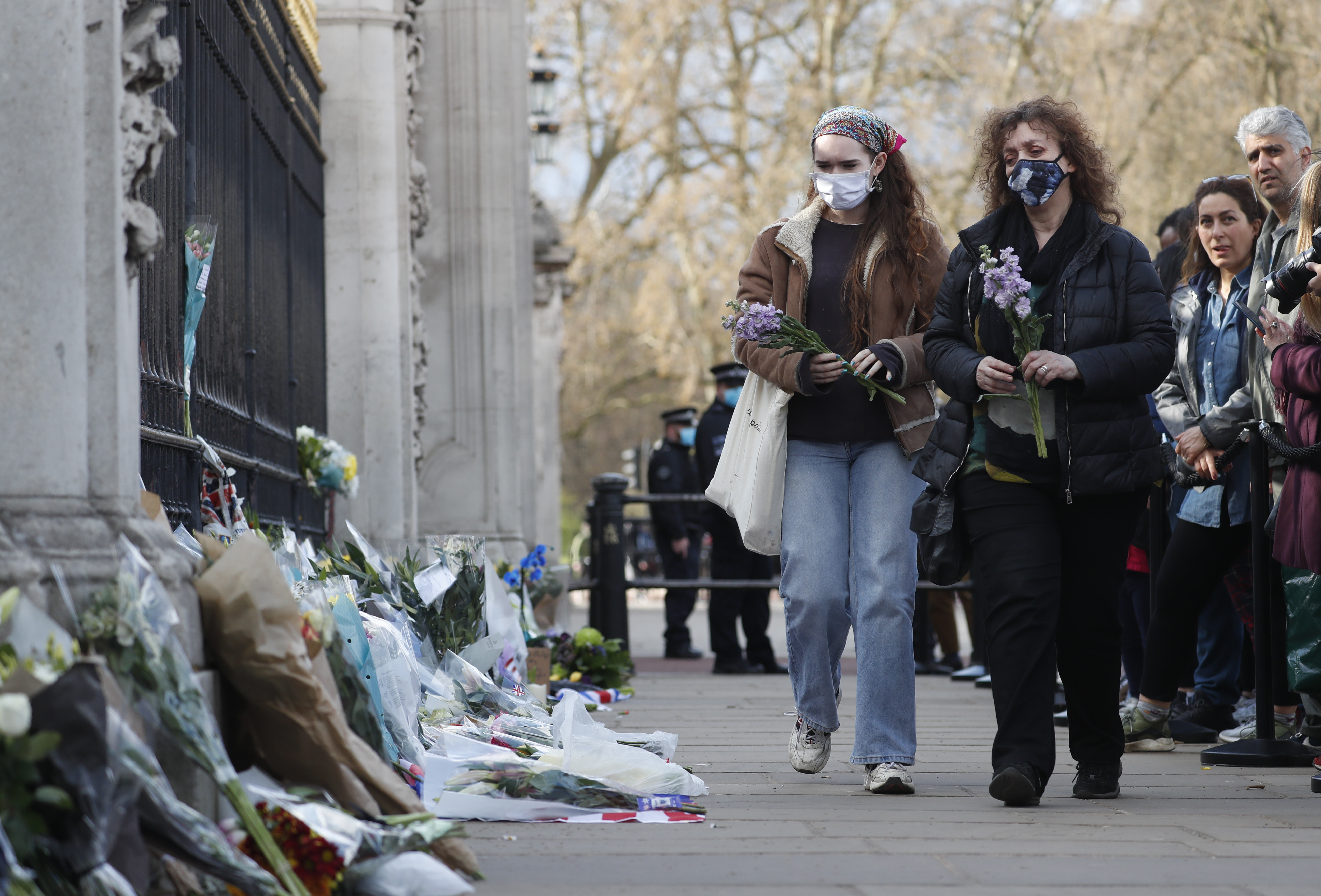 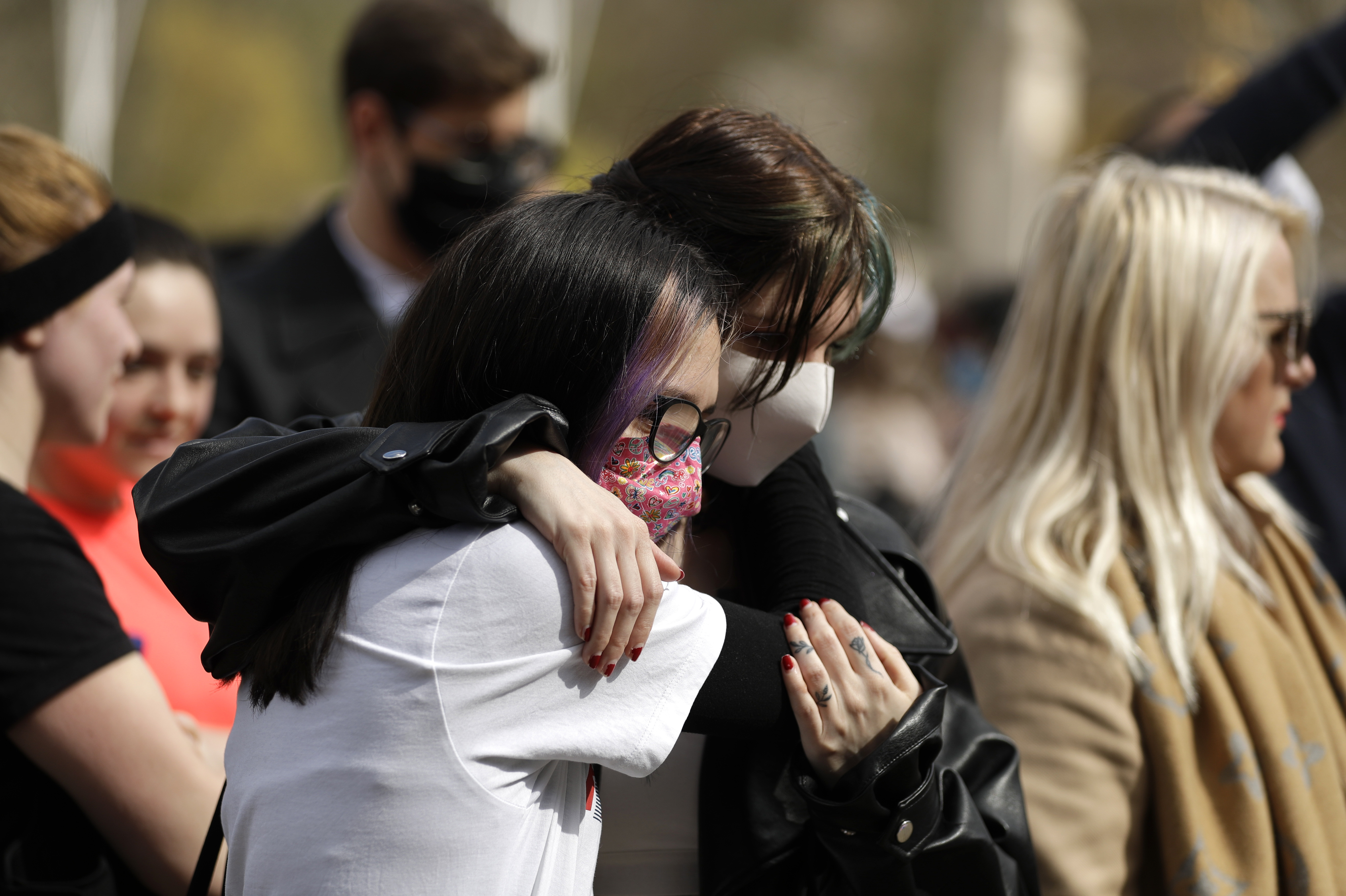 Soon after the announcement of Philip's death, people lined up outside Buckingham Palace to see the official notice that had been attached to the gate. It was removed soon afterward because of concerns that it would attract crowds, violating social distancing rules during the COVID-19 pandemic.

The government later issued a statement asking people not to gather or leave flowers outside royal residences around the country to protect public health.

"I'm quite emotional actually even just talking about it," Louisa Crook, a 41-year-old London resident, said outside Buckingham Palace. "The news broke as we were walking through Parliament Square, and my daughter and I just said we just felt like we had to come down here and just be near the palace — safely, obviously, masks and everything else — and just be close to the Royal Family today." Around the country, others marked Philip's death in their own way.

The tenor bell at Westminster Abbey is being tolled 99 times to mark each year of the Duke of Edinburgh's life.

A two-minute's silence was held at cricket matches in England's county championship and at the Grand National horse racing meeting.

The government said official flags will fly at half-staff throughout the UK until after the Philip's funeral. 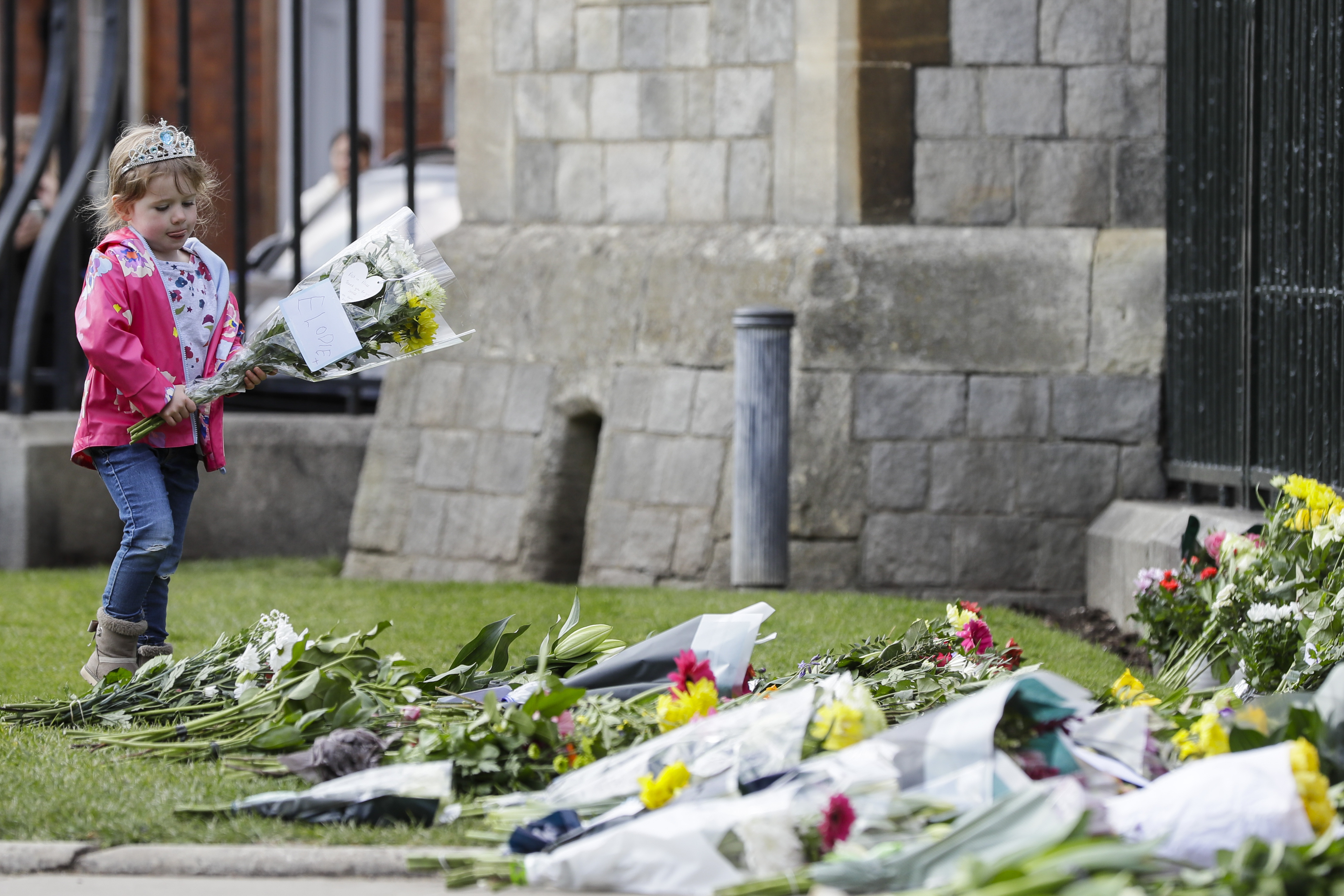 Justin Welby, the archbishop of Canterbury, the most senior cleric in the Anglican Church, gave thanks to God for Philip's life of dedicated service.

"As we recover and rebuild after the terrible trial of the coronavirus pandemic, we will need fortitude and a deep sense of commitment to serving others," Welby wrote. "Throughout his life Prince Philip displayed those qualities in abundance, and I pray that we can take inspiration from his example."

Even Russian President Vladimir Putin, who has been at odds with Britain over issues ranging from election interference to the poisoning of a former spy in England, sent a telegram of condolence to the queen. The Russian Embassy in London noted that Philip was the great-great-grandson of Czar Nicholas I. 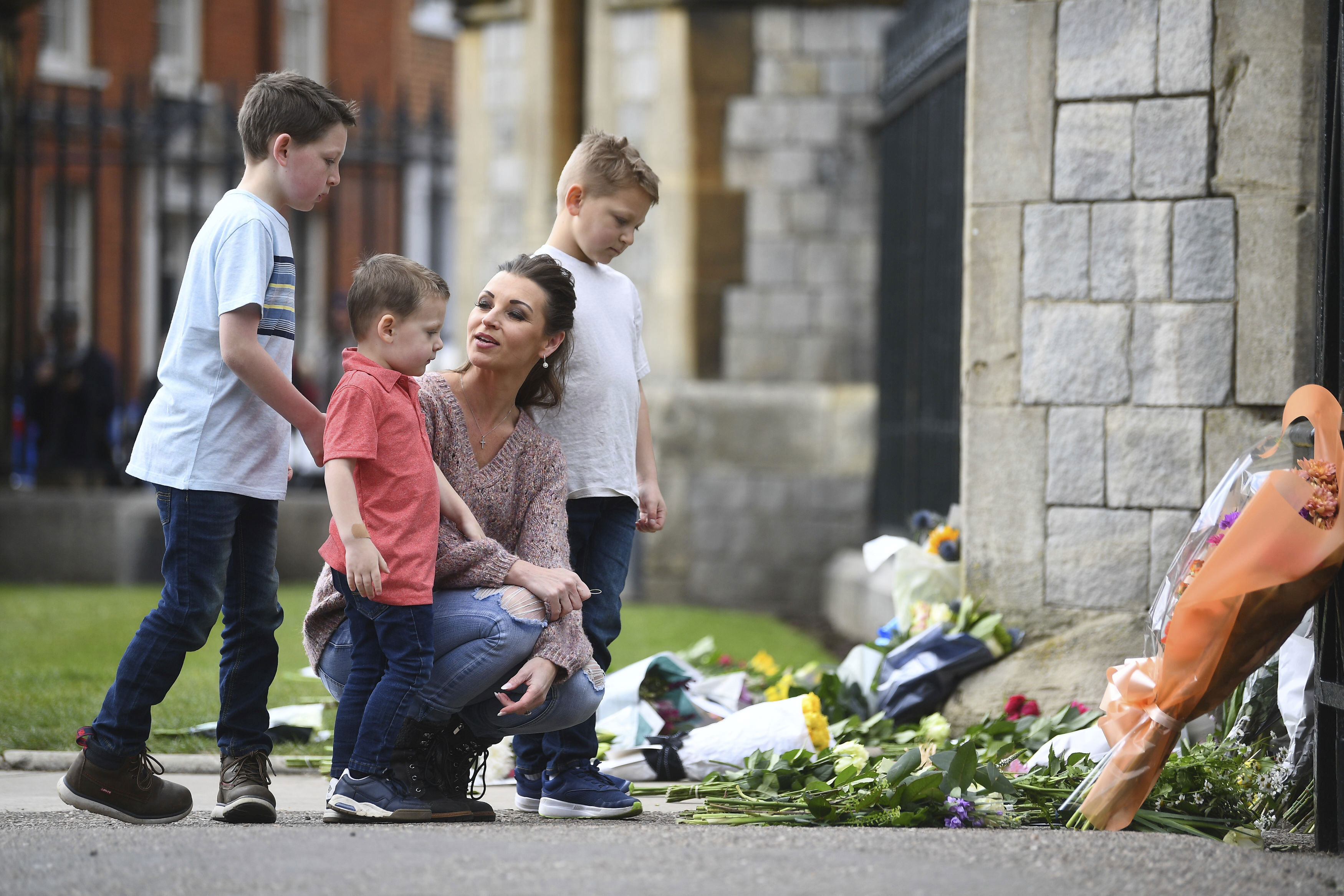 The prince's fictional family also reached out to the queen. The team behind Netflix's hugely popular royal drama The Crown said they were "deeply saddened" to hear of his death.

Robert Lacey, a royal biographer and adviser to The Crown, told the BBC that Philip was the "secret ingredient" of the queen's success. 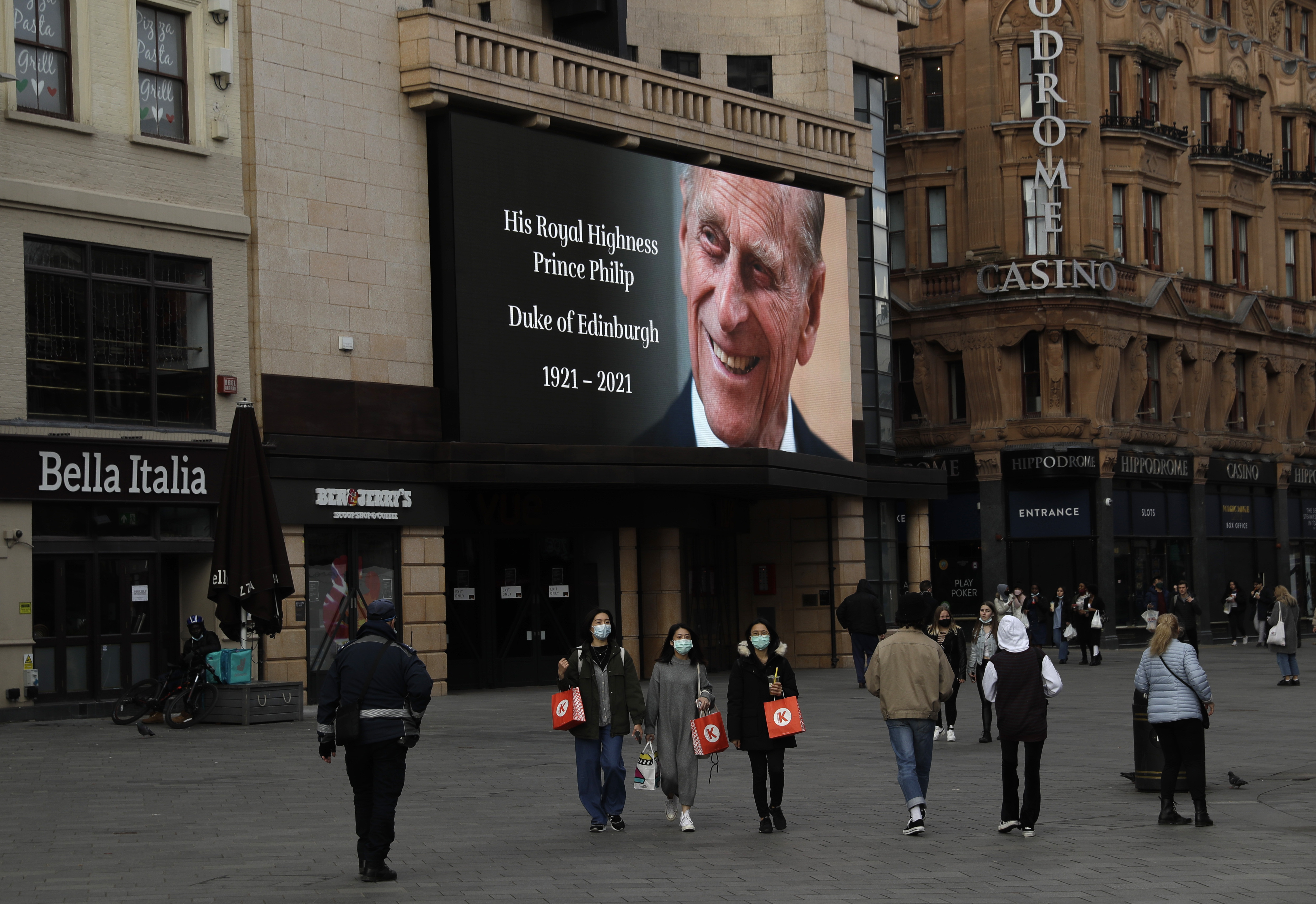 "He's been a part of our life, hasn't he," Lacey said. "We must all, of course, be thinking of the queen, of whose life he has been such an integral part. ... I would not want to diminish the wonderful achievement of the queen in her reign, but so many of her fresh ideas and fresh initiatives came from this remarkable man."