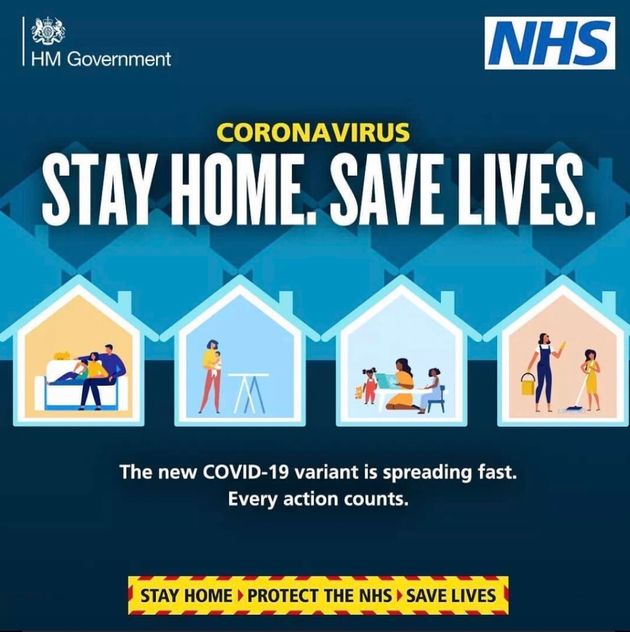 The government has withdrawn a sexist ad urging people to stay at home – that depicts women performing household tasks while a man sits on the sofa.

The advert urges people to “stay home” and “save lives”, and features four cartoon houses. In three of them, women are depicted ironing, cleaning and looking after children.

The fourth shows a woman curled up on a sofa with a man and a child.

Critics said the coronavirus lockdown ad was “heteronormative” and “reinforces the view that it is a woman’s job to homeschool, clean, do the childcare”.

Who made this? And who approved it?
Heteronormative.
Reinforcing the view that it is a woman’s job to homeschool, clean, do the childcare.
Are the men out there fighting a war or something? pic.twitter.com/Q7tHtIUx4m

Boris Johnson’s official spokesperson confirmed the ad had now been pulled by the government, insisting it “does not reflect the government’s view on women, which is why we have withdrawn it”.

Asked why the ad had gone out in the first place, they said: “We have provided and have produced information for the public throughout the pandemic to try and ensure we can communicate our key messages, specifically around the importance of staying at home to protect the NHS and save lives.

“But [...] this does not reflect our view on women and we have removed it.”

The spokesperson could not say who produced the ad, saying only it was “part of a lot of public information that we have produced but again I would re-emphasise that it is being withdrawn.

Glamour magazine reported that the ad was originally posted on the government’s Facebook page before being deleted.

In October, the government was forced to withdraw another controversial advert suggesting a ballet dancer retrains in “cyber”.