Emirates has confirmed it is suspending all its flights between the United Kingdom and Australia indefinitely, after the UK government banned air travel with the United Arab Emirates.

The news is a fresh blow to the roughly 4500 Australians currently stranded in the UK struggling to secure a flight back home.

The UK government announced the ban on all direct passenger flights from the United Arab Emirates early this morning, just hours before it is due to come into effect.

From midnight tonight AEDT, the United Arab Emirates (Dubai and Abu Dhabi), Rwanda and Burundi will be added to the UK's growing red list of coronavirus hotspots.

No passengers from red list nations are allowed entry into the United Kingdom, except for British or Irish citizens or permanent residents.

Those residents who do return must undergo 10 days of self-isolation at home.

Additionally, all flights to and from Dubai and Abu Dhabi have been banned.

Emirates confirmed in a statement on its website that it will be suspending all passenger services between Dubai and all their UK points - Birmingham, Glasgow, London and Manchester - with final flights taking place today. 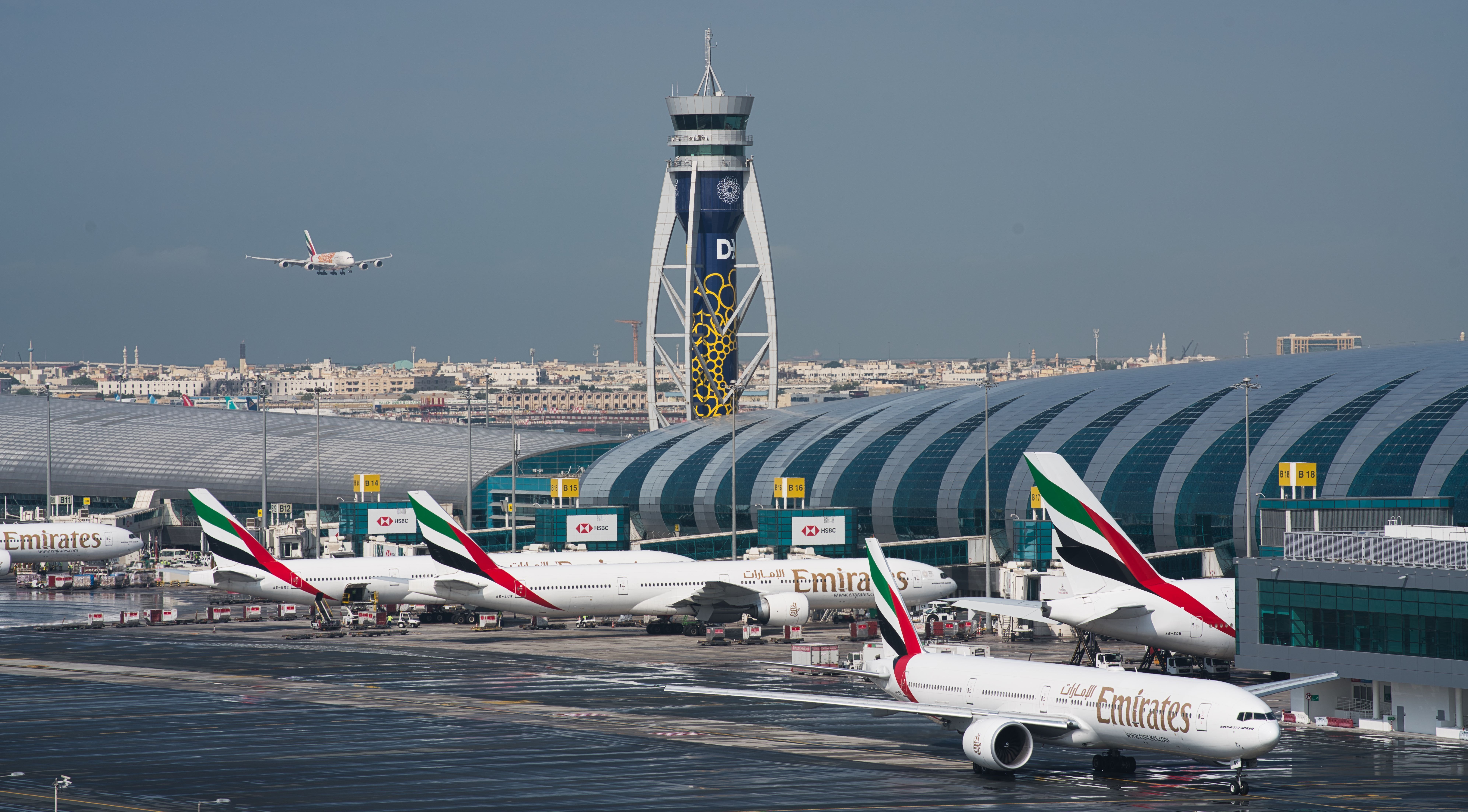 "We regret the inconvenience caused, and affected customers should contact their booking agent or Emirates call centre for rebooking," the statement read.

The airline has since confirmed to 9News that all services between Australian destinations and the UK will also be suspended until further notice.

Emirates will continue to operate flights between Australia and Dubai and other destinations in its network, according to the Emirates spokesperson.

The ban is part of an attempt by the UK to stem the entry of a highly infectious new South African strain.

There are currently around 40,000 Australians stranded overseas attempting to return home, with around 4500 of those in the UK.

The UK is already struggling to contain its own highly infectious COVID-19 mutant strain, which has seen the UK's coronavirus death toll skyrocket past 100,000 - the highest in Europe.

The three new nations were added to the UK's red list as the new South African variant is believed to have spread there, according to the UK government website.