Two Florida teens were suspended for a few hours on a slingshot ride around three stories high after a cable snapped.

Those afraid of heights have a new excuse to steer clear of amusement park rides.

This week, two Florida teens were suspended for a few hours on a slingshot ride around three stories high after a cable snapped, rescue officials told CNN affiliate WKMG.

The passengers were rescued without injuries from the ride at Old Town theme park by the Osceola County Fire Rescue and Kissimmee Fire Department. The cable that snapped was non-load-bearing, rescue crews said. 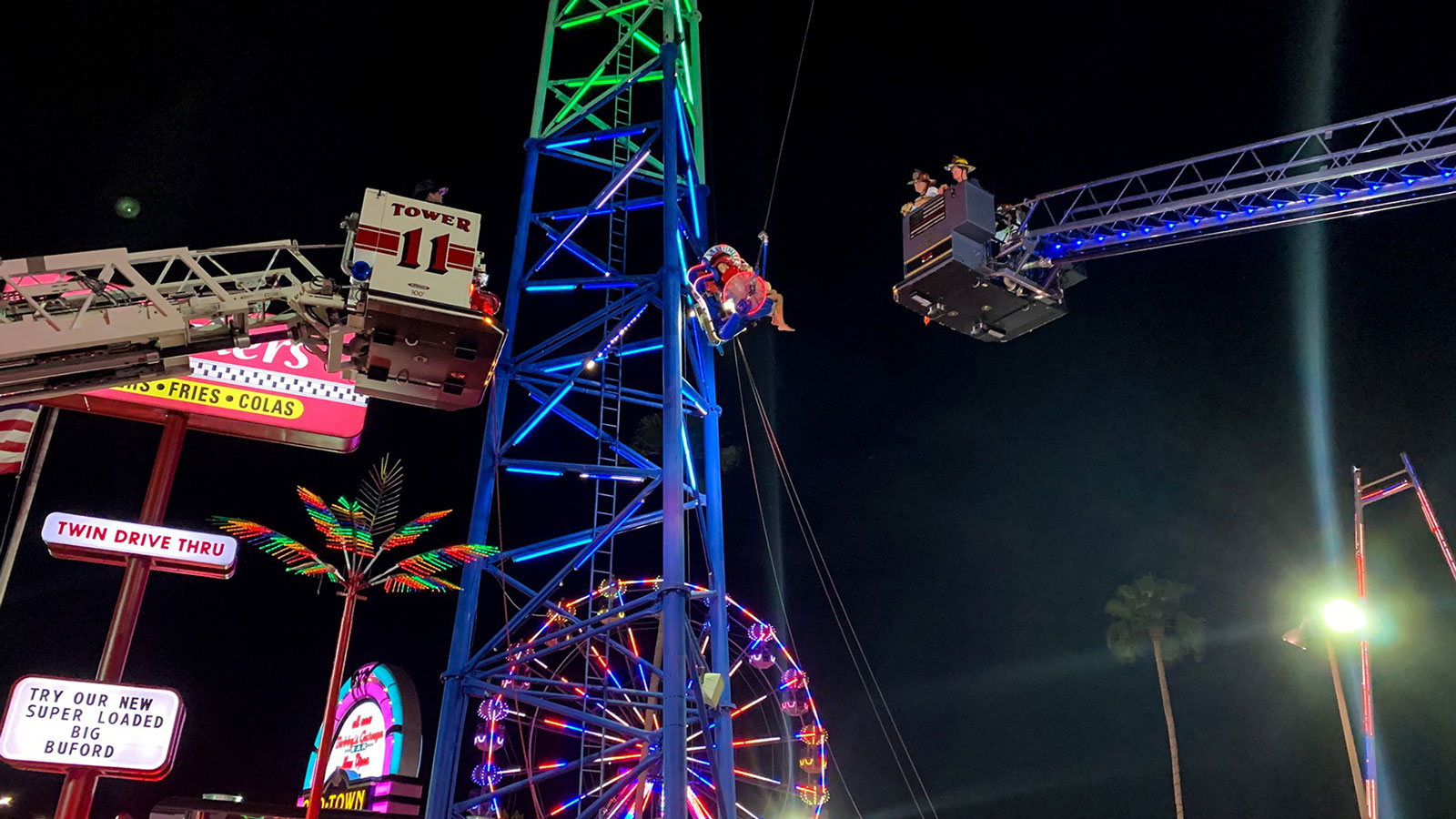 The cause of the malfunction is still being investigated.

John Stine, director of marketing and sales for Old Town Slingshot, told WKMG there's "no timetable" for the investigation.

"We'll do it when everything is done the way it needs to be done," Mr Stine said.

The slingshot ride was last inspected on March 19 without issue, the Florida Department of Agriculture & Consumer Services told WKMG.

"The ride is designed with redundancy, so if something like this does happen, it's very unusual to begin with, but if it does, then we have a backup system and everything went fine," Mr Stine said.

"The only unfortunate situation is they were suspended on the ride for a few hours."

Investigators said rescue crews had to retrieve the passengers from the 30-to-40-foot height they were stranded at, since the ride cannot lower a pod below 30 feet when the cable is not functioning, as a safety precaution.

READ:  Environment restoration rorts to be referred to Auditor General

Slingshot attractions across Florida in Daytona Beach, Orlando and Panama City Beach have been closed as a result of the Kissimmee malfunction, WKMG-TV reported.

Officials said the rides will not reopen until the state performs an inspection and consults with the manufacturer.