Two teenagers accused of shoplifting at a Woolworths on the Gold Coast face being banned after one of the teens was filmed allegedly abusing supermarket staff.

Two teenagers accused of shoplifting at a Woolworths on the Gold Coast face being banned after one of the teens was filmed allegedly abusing supermarket staff.

"Leave the store immediately before I call the police," the staff member can be heard saying off-camera. 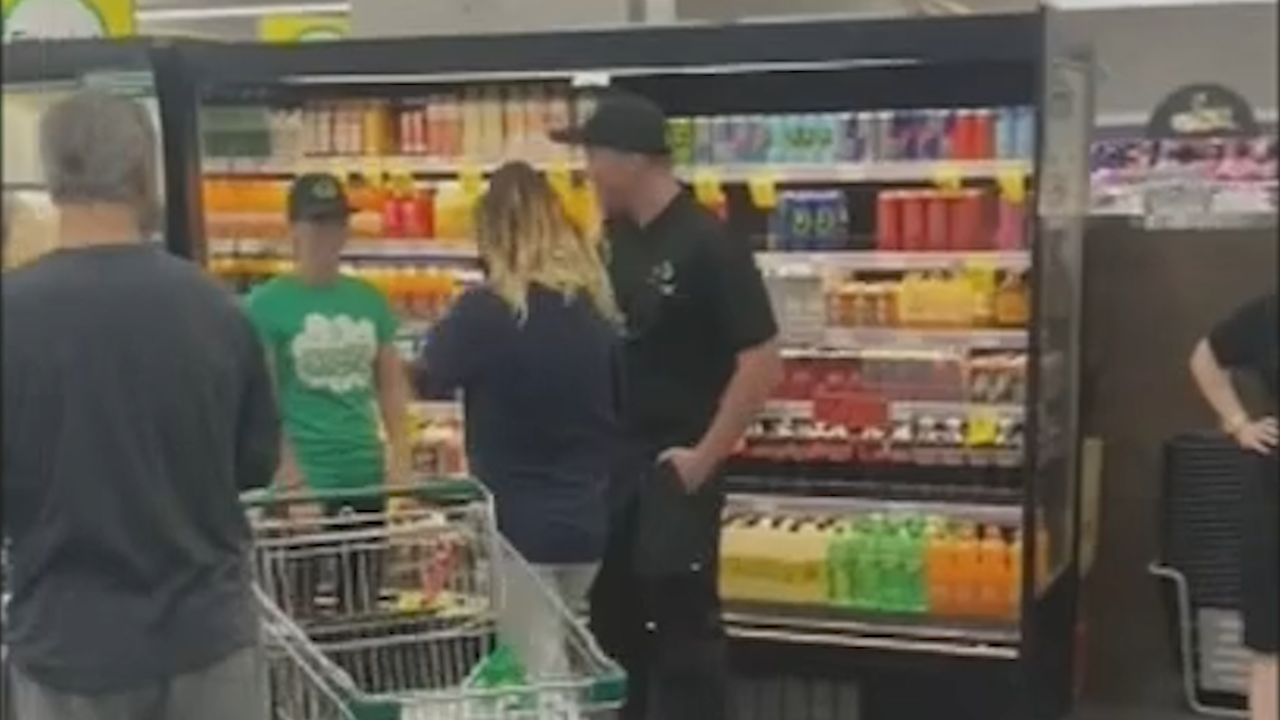 Moments later, a young woman can be seen charging through the self-checkout and confronting a second staff member.

At one point, the teenager appears to use both hands to push the worker who stumbles backwards.

The video then shows the first staff member intervening, holding her hands up to the teenager before pushing her lightly towards the store's exit.

"Don't f---ing touch me," the teenager bellows at the worker.

As the teenager steps forward to confront the worker, a second teenage girl grabs hold of her friend's jumper and pulls her backwards. 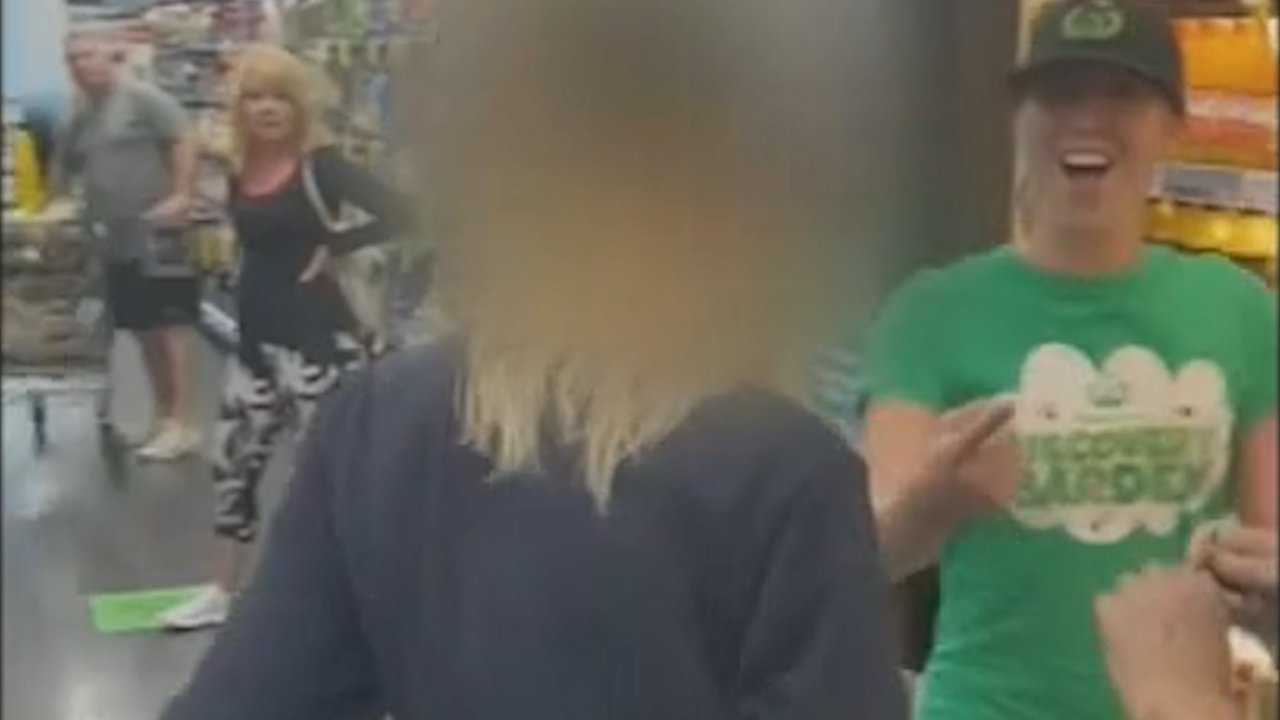 It is at this point the second teenager swats at what is believed to be a customer holding a mobile phone, with the camera switched to record.

The teenagers were accused of shoplifting, stuffing their hoodies with goods.

Woolworths has taken steps to ban the pair from the supermarket.

Police continue to investigate the incident. The suspects are yet to be identified.

"They are our frontline workers. To see them treated like this is incredibly concerning," Retail Association's Dominique Lamb told 9News.

"We know that during COVID-19 that we saw loss prevention, or shrink levels, go up over 100 per cent in some locations. So customer violence and customer abuse certainly went through the roof."