A teenage boy has been struck by lightning while walking on a popular bush track near an iconic NSW tourist attraction.

A teenager has been injured after lightning struck him while he was on a hike near the Blue Mountains this afternoon.

The 16-year-old was hit while on the Giant Stairway Walking Track next to the iconic Three Sisters about 2pm as storms lashed large swathes of the state. 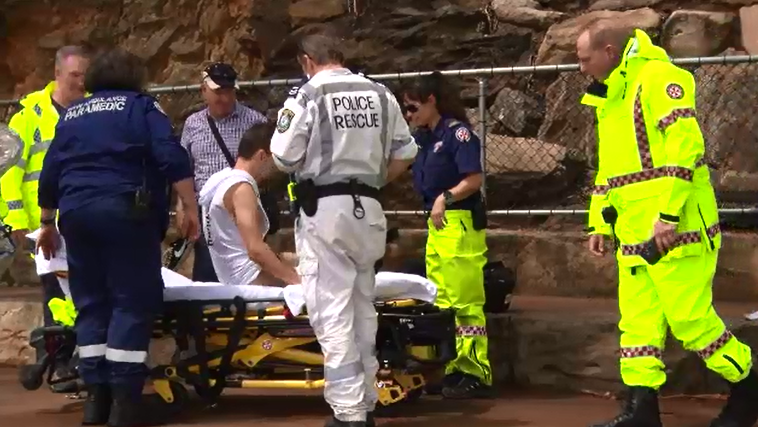 The teenager was treated for burns to his torso and lightning strike entry and exit wounds to his arms and feet.

Another 24-year-old man was also treated in the area with both taken to the Nepean Hospital in a stable condition.

"This is an extraordinary circumstance, being struck by lightning is a terrifying experience," NSW Ambulance Inspector Greg Marshall said in a statement.

"Considering the circumstances, it was incredibly lucky that they were both in stable conditions when taken to hospital."