Gold Coast and Brisbane snake catcher Tony Harrison was called to a property at Benogin, near Mudgeeraba on Saturday.

"He's seen a big, big carpet (snake) crawl up into the wheel arch of his car and it's now in the engine," Mr Harrison told his followers while on his way to the job.

"He keeps stipulating just how big this thing is."

Read more: Spot the snake hiding in these Australian backyards

On arrival, Mr Harrison and his partner Brooke were greeted by the large carpet python, buried deep in the back of the bonnet.

"He started off under the car, then went up into the wheels, on top the wheel arch and then we thought s--- he's disappeared," the client explained.

Mr Harrison is then seen pulling the snake out of the engine head first with his bare hands. 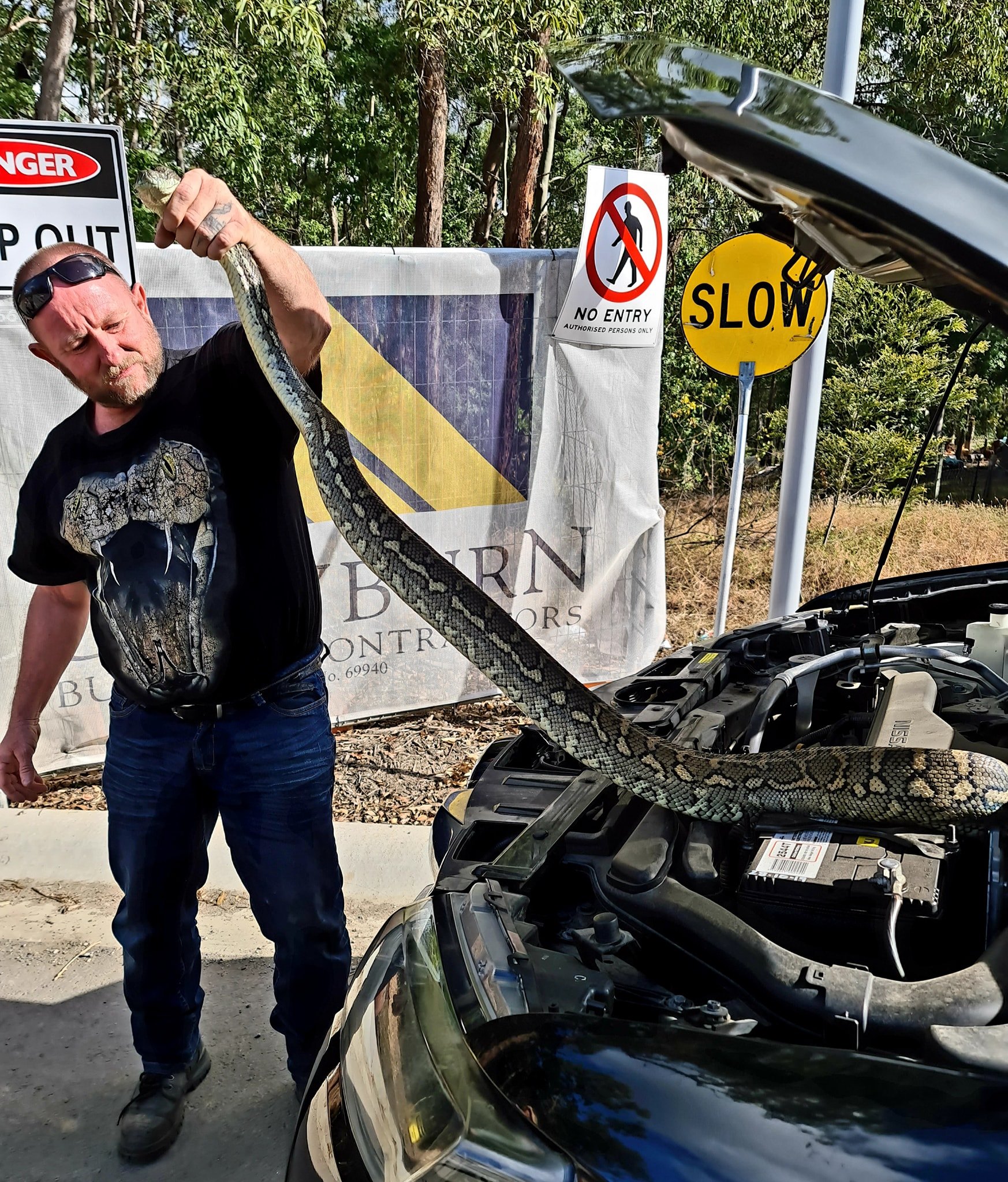 Mr Harrison noted the snake was above average size, and overweight for a male.

He estimated the snake's weight to be about 8 kilograms and about 2.5 metres long.

"Your car is giving birth," he joked while pulling the reptile out.

Mr Harrison said the snake was in great discomfort next to the hot engine.

The family was happy for the snake to be returned to its natural habitat in the bush surrounding their home.

Meanwhile workers at an auto yard in Moorooka got quite the fright this morning when they opened the bonnet and were greeted by a python.

Carpet Pythons are among the most commonly found snakes in suburban backyards.

They are generally non-venomous and pose little threat to humans but are known to devour small animals.