House Speaker Nancy Pelosi says the House will proceed with legislation to impeach President Donald Trump as she pushes the vice president and the Cabinet to invoke constitutional authority to force him out, warning that Trump is a threat to democracy after the deadly assault on the Capitol.

The House action could start as soon as Monday as pressure increases on Trump to step aside.

A Republican senator, Pat Toomey of Pennsylvania, joined Republican Sen. Lisa Murkowski of Alaska in calling for Trump to "resign and go away as soon as possible." 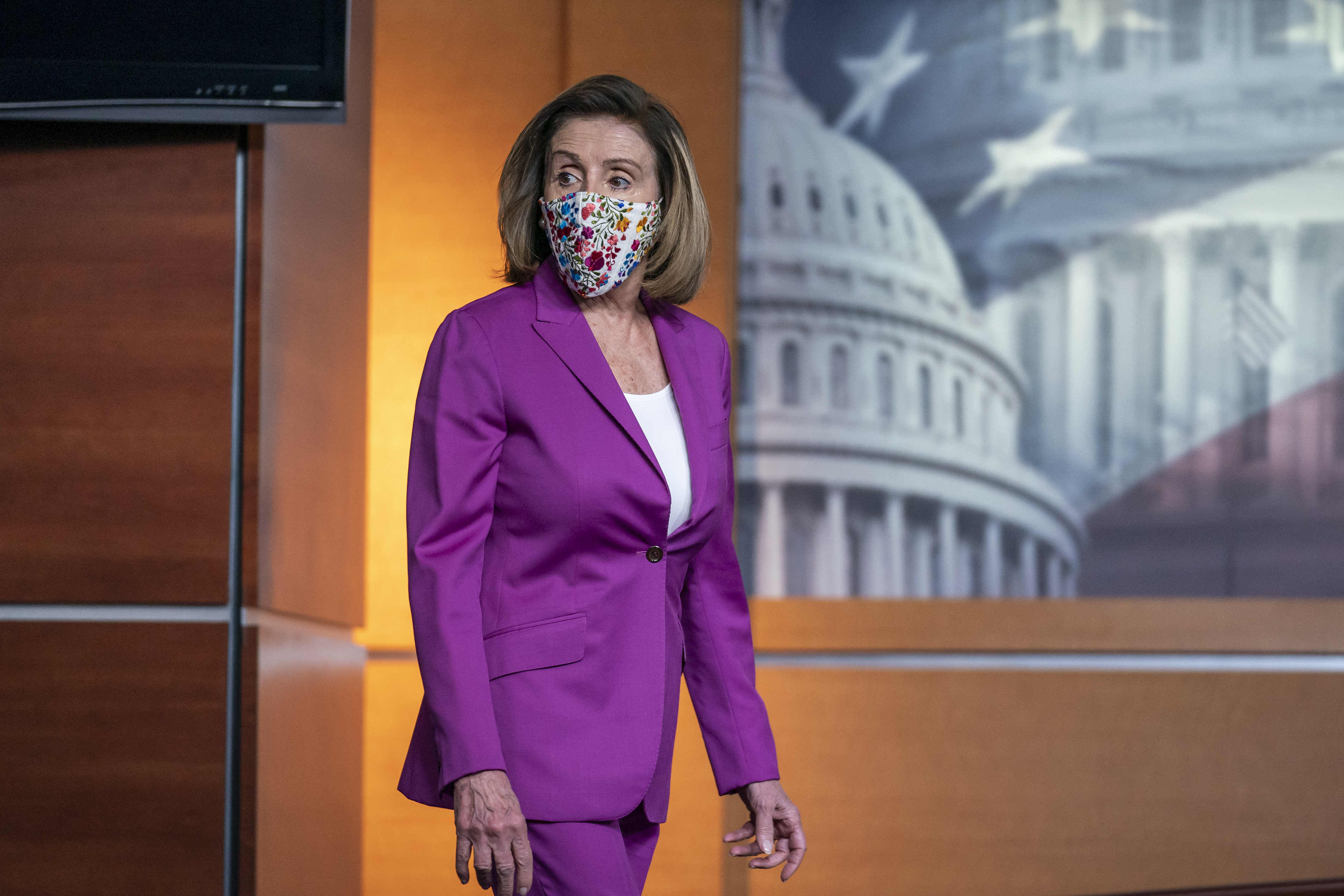 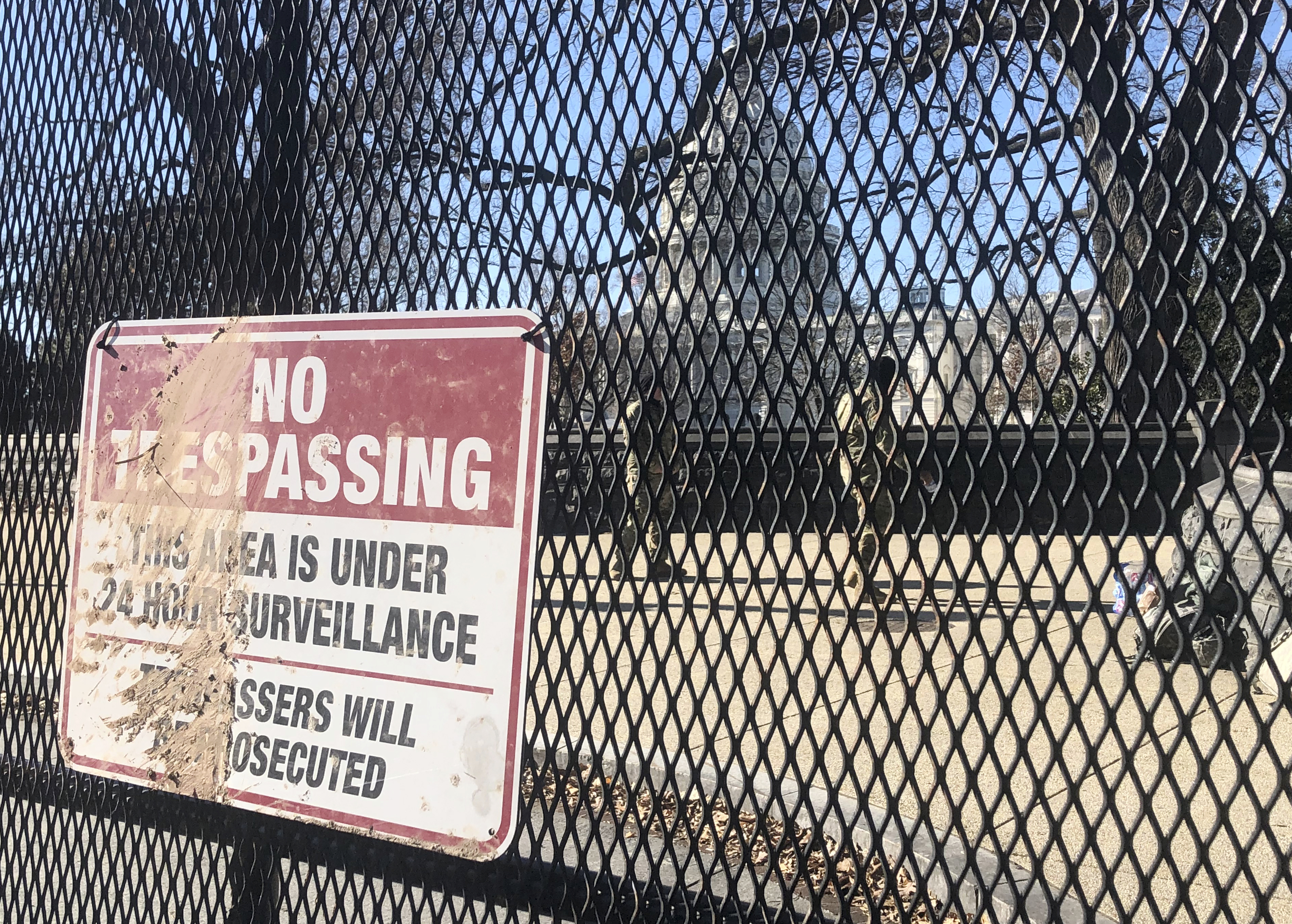 A stunning end to Trump's final 10 days in office was underway as lawmakers warned of the damage the president could still do before Joe Biden was inaugurated January 20.

Trump, holed up at the White House, was increasingly isolated after a mob rioted in the Capitol in support of his false claims of election fraud.

Judges across the country, including some nominated by Trump, repeatedly dismissed cases and Attorney General William Barr, a Trump ally, said there was no sign of any widespread fraud.

"We will act with urgency, because this President represents an imminent threat," Pelosi said in a letter late Sunday to colleagues. 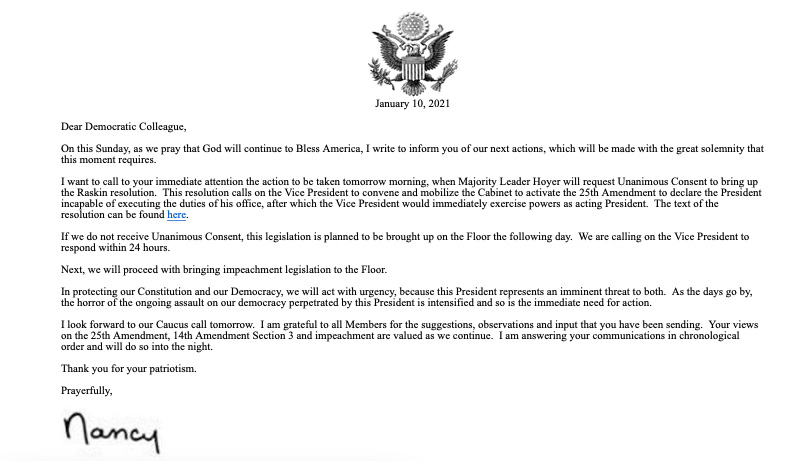 "The horror of the ongoing assault on our democracy perpetrated by this President is intensified and so is the immediate need for action."

On Monday, Pelosi's leadership team will seek a vote on a resolution calling on Vice President Mike Pence and Cabinet officials to invoke the 25th Amendment, with a full House vote expected on Tuesday.

After that, Pence and the Cabinet would have 24 hours to act before the House would move toward impeachment.

READ MORE: US Capitol police officer dies after being attacked during riots 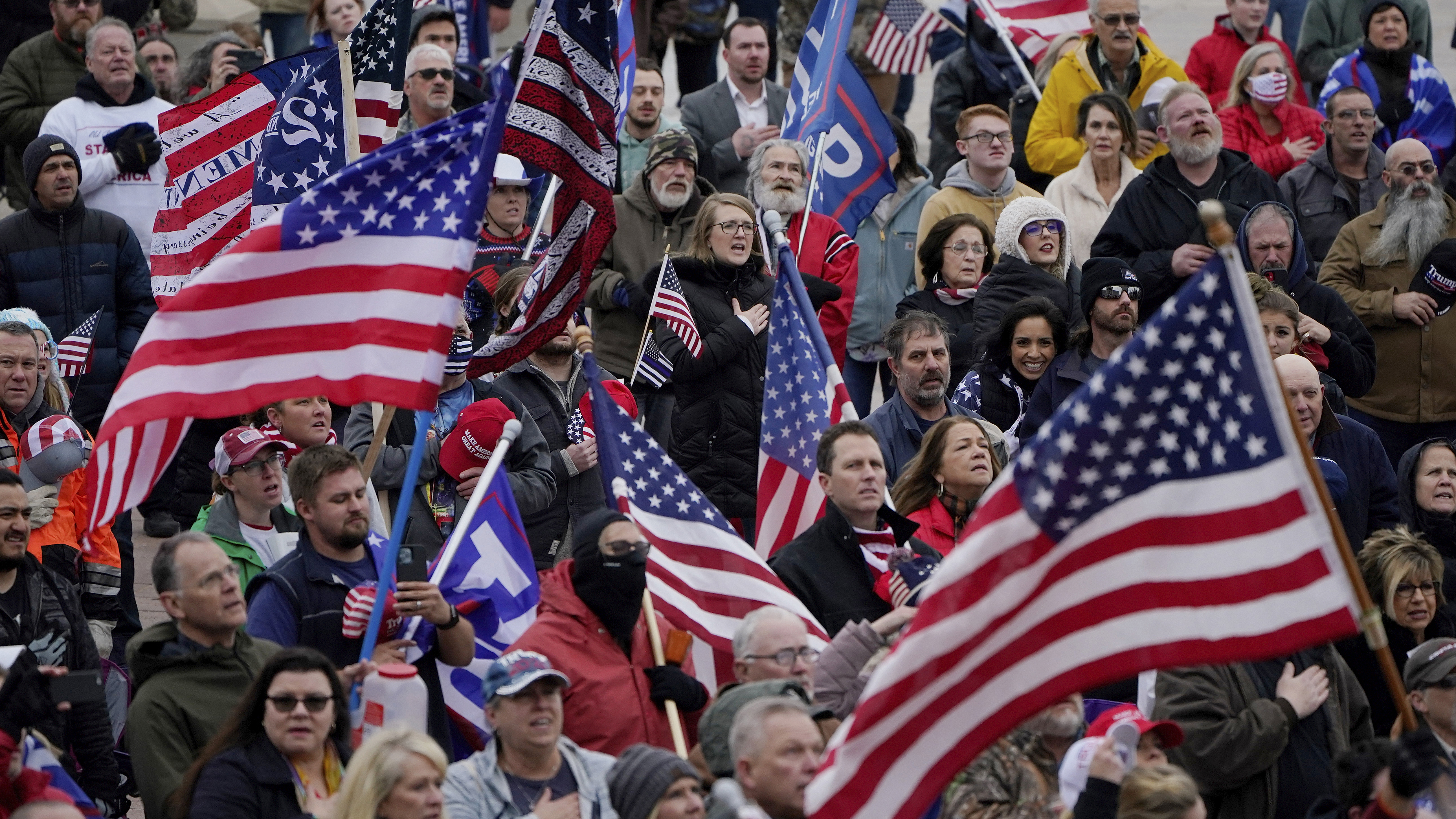 During an interview on 60 Minutes aired Sunday, Pelosi invoked the Watergate era when Republicans in the Senate told President Richard Nixon, "It's over."

"That's what has to happen now," she said.

With impeachment planning intensifying, Toomey said he doubted impeachment could be done before Biden is inaugurated, even though a growing number of lawmakers say that step is necessary to ensure Trump can never hold elected office again.

"I think the president has disqualified himself from ever, certainly, serving in office again," Toomey said. "I don't think he is electable in any way."

Murkowski, long exasperated with the president, told the Anchorage Daily News on Friday that Trump simply "needs to get out." A third, Sen. Roy Blunt, R-Mo., did not go that far, but on Sunday he warned Trump to be "very careful" in his final days in office. House Democrats were expected to introduce articles of impeachment on Monday. The strategy would be to condemn the president's actions swiftly but delay an impeachment trial in the Senate for 100 days. That would allow President-elect Joe Biden to focus on other priorities as soon as he is inaugurated January 20.

Rep. Jim Clyburn, the third-ranking House Democrat and a top Biden ally, laid out the ideas Sunday as the country came to grips with the siege at the Capitol by Trump loyalists trying to overturn the election results.

READ:  10 Movies To Watch On Netflix If You Miss Hanging With Friends

"Let's give President-elect Biden the 100 days he needs to get his agenda off and running," Clyburn said.

Corporate America began to show its reaction to the Capitol riots by tying them to campaign contributions.

Blue Cross Blue Shield Association's CEO and President Kim Keck said it will not contribute to those lawmakers — all Republicans — who supported challenges to Biden's Electoral College win. The group "will suspend contributions to those lawmakers who voted to undermine our democracy," Kim said. 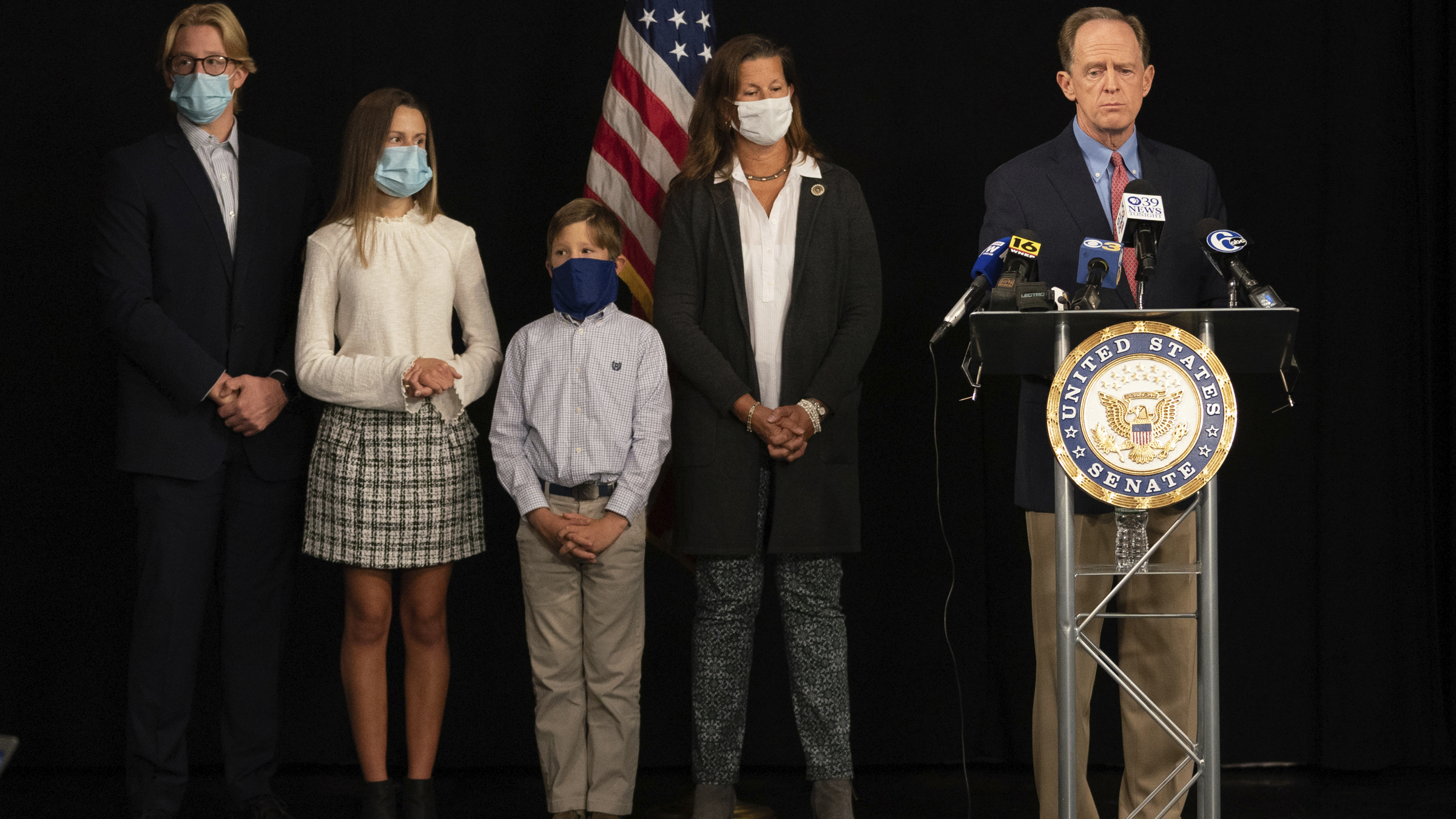 Citigroup did not single out lawmakers aligned with Trump's effort to overturn the election, but said it would be pausing all federal political donations for the first three months of the year. Citi's head of global government affairs, Candi Wolff, said in a Friday memo to employees, "We want you to be assured that we will not support candidates who do not respect the rule of law."

Senate Majority Leader Sen. Mitch McConnell, R-Ky., has said an impeachment trial could not begin under the current calendar before Inauguration Day, January 20.

While many have criticised Trump, Republicans have said that impeachment would be divisive in a time of unity.

Sen. Marco Rubio, R-Fla., said that instead of coming together, Democrats want to "talk about ridiculous things like 'Let's impeach a president'" with just days left in office. 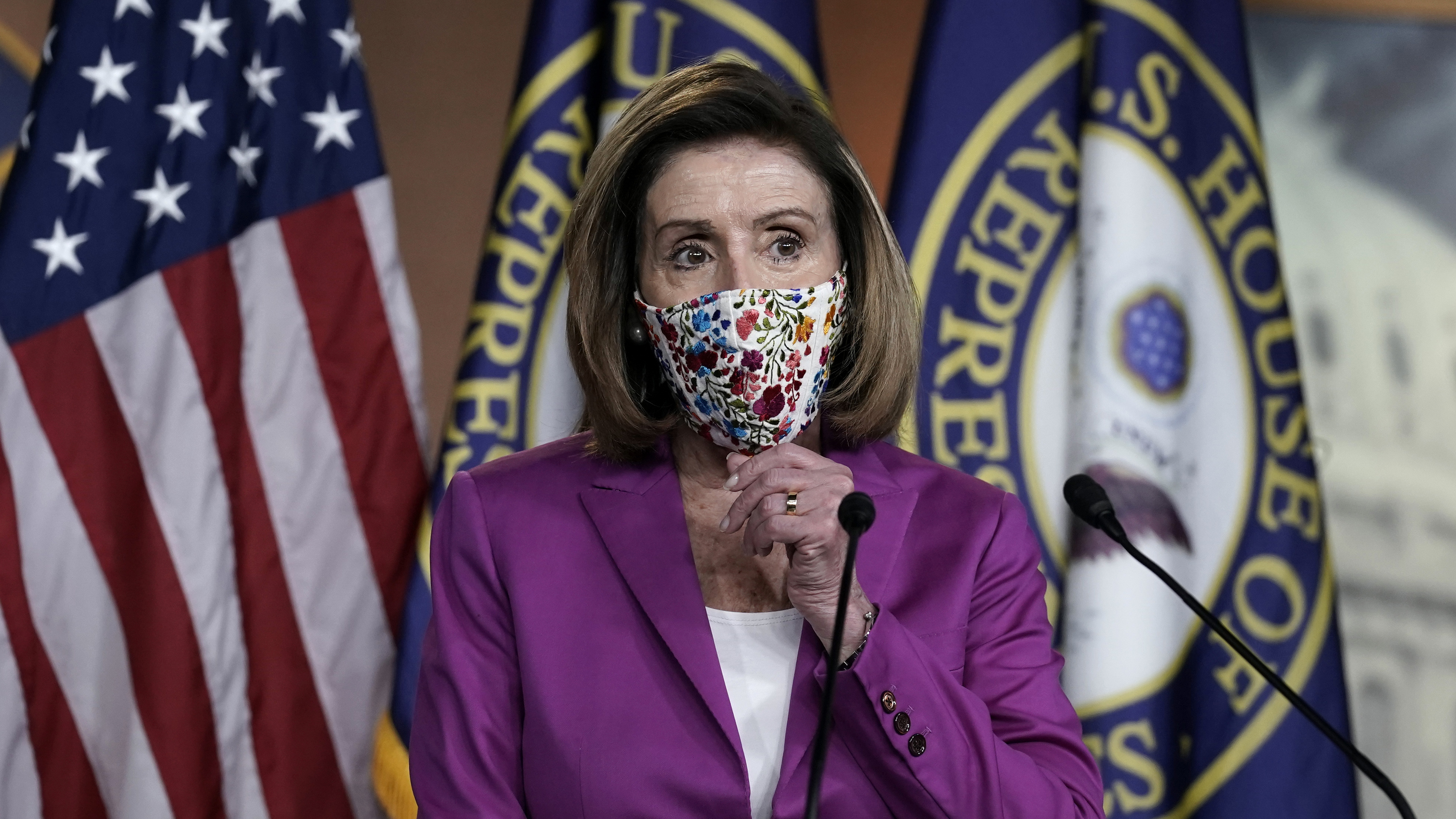 Nebraska Sen. Ben Sasse said he would take a look at any articles that the House sent over. Illinois Rep. Adam Kinzinger, a frequent Trump critic, said he would "vote the right way" if the matter were put in front of him.

The Democratic effort to stamp Trump's presidential record — for the second time — with the indelible mark of impeachment had advanced rapidly since the riot.

Rep. David Cicilline, D-R.I, a leader of the House effort to draft impeachment articles accusing Trump of inciting insurrection, said Sunday that his group had 200-plus co-sponsors.

The articles, if passed by the House, could then be transmitted to the Senate for a trial, with senators acting as jurors to acquit or convict Trump. If convicted, Trump would be removed from office and succeeded by the vice president. It would be the first time a US president had been impeached twice.

Potentially complicating Pelosi's decision about impeachment was what it meant for Biden and the beginning of his presidency. While reiterating that he had long viewed Trump as unfit for office, Biden on Friday sidestepped a question about impeachment, saying what Congress did "is for them to decide." 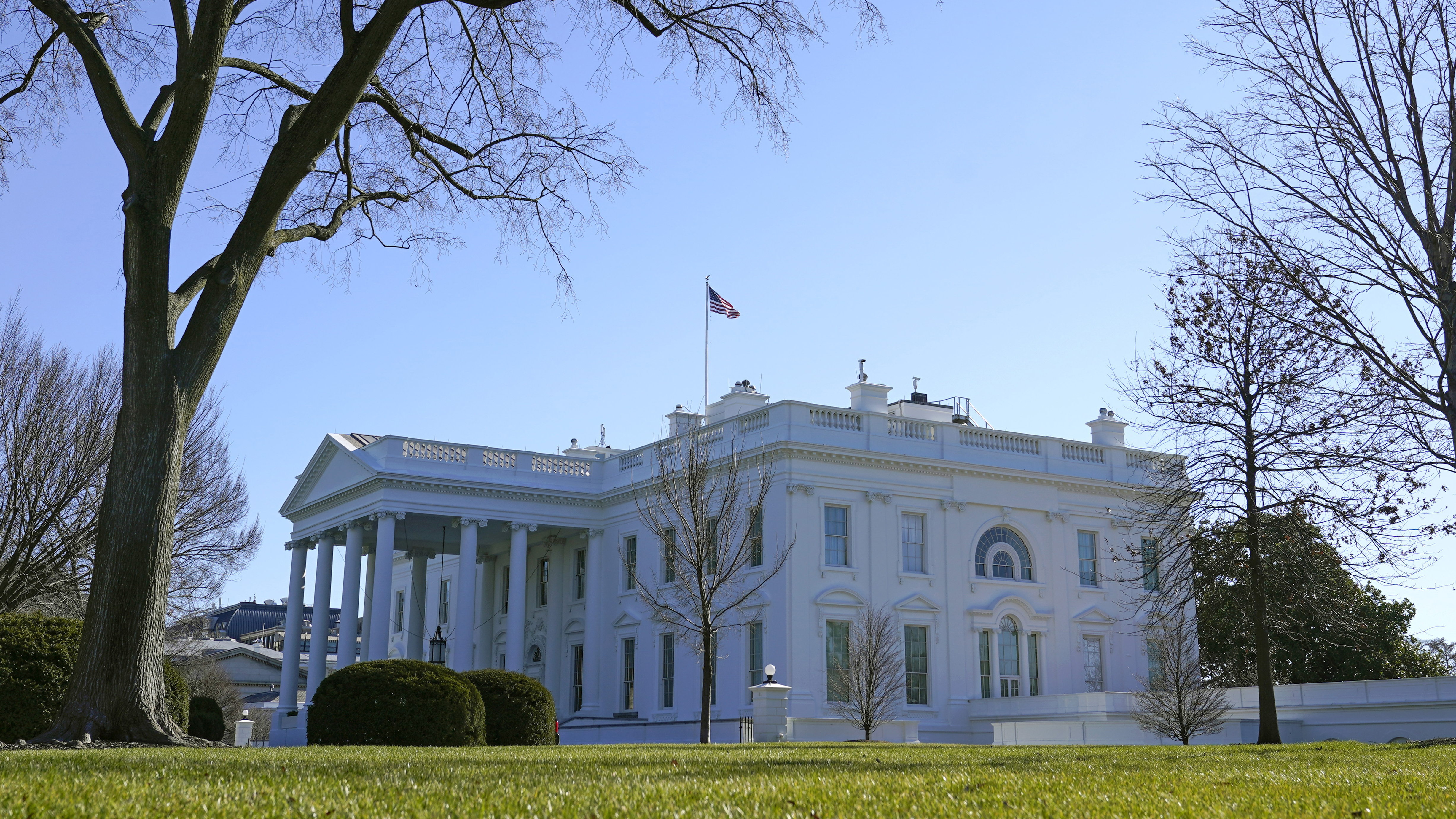 A violent and largely white mob of Trump supporters overpowered police, broke through security lines and windows and rampaged through the Capitol on Wednesday, forcing lawmakers to scatter as they were finalising Biden's victory over Trump in the Electoral College.

Toomey appeared on CNN's "State of the Union" and NBC's "Meet the Press." Clyburn was on "Fox News Sunday" and CNN. Kinzinger was on ABC's "This Week," Blunt was on CBS' "Face the Nation" and Rubio was on Fox News Channel's "Sunday Morning Futures."