Thankfully both horses were captured and returned to their owner unharmed.

Two racehorses have broken free from a training facility in Perth and been chased by police in a dramatic early morning escape.

The thoroughbreds were going through their paces at Lark Hill Thoroughbred Training Facility in Port Kennedy when they were reportedly spooked by kangaroos and shook off their jockeys. 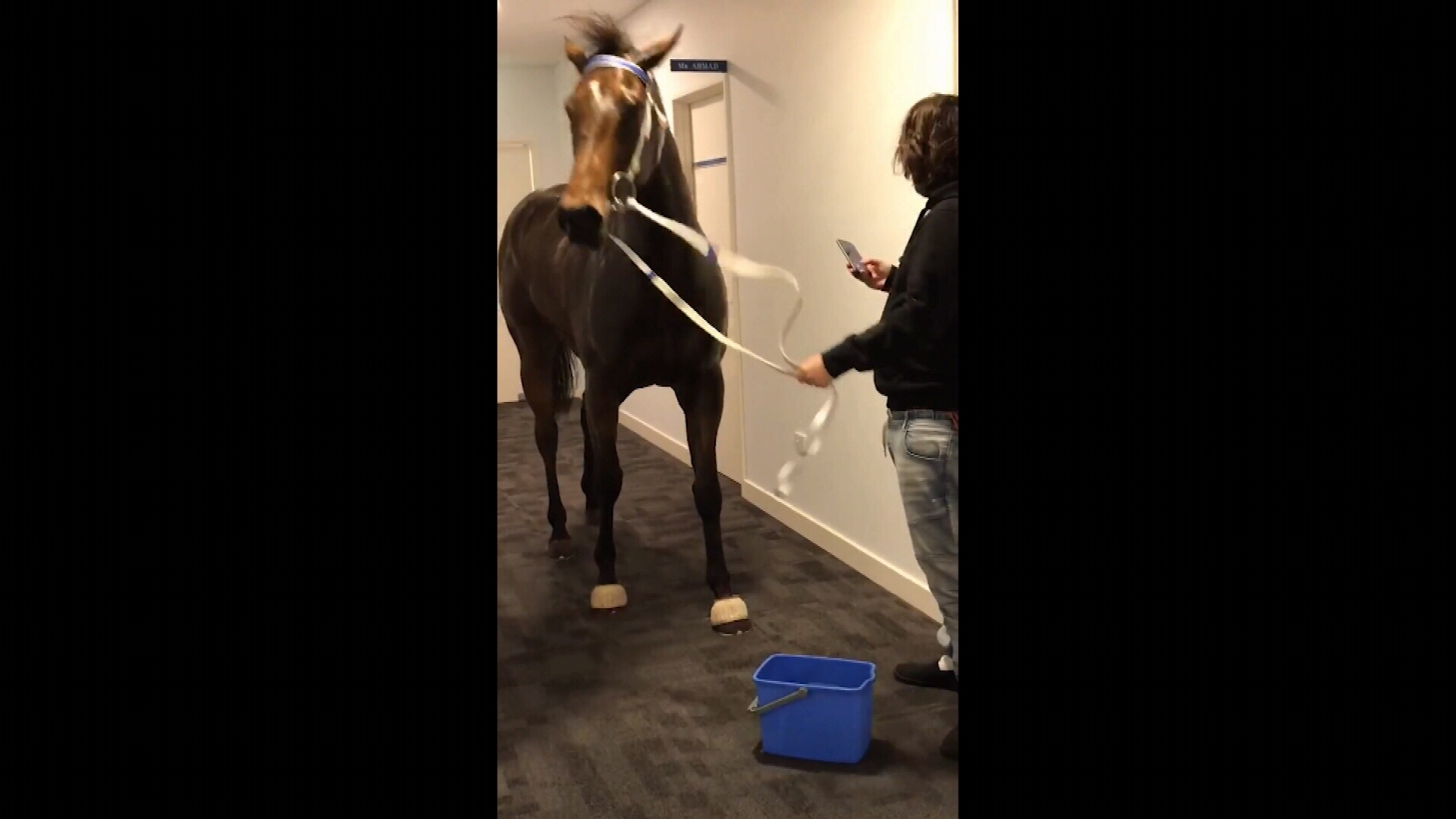 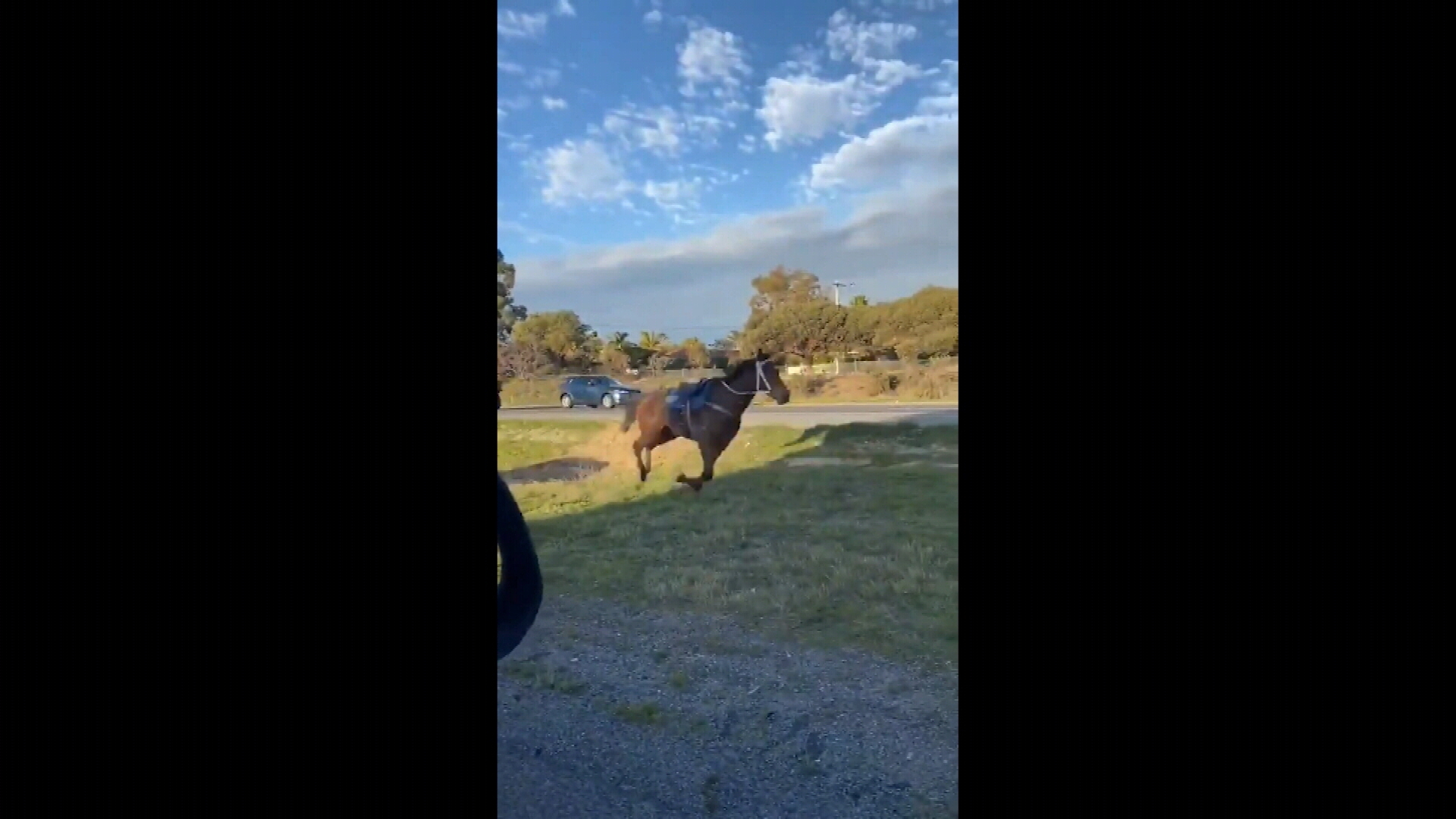 Both riders were uninjured but the horses escaped into the general community.

One was filmed running down the grass median strip of Ennis Avenue as a police car gave chase.

It remarkably ended being calmed down by bystanders eight kilometres away at the Waikiki Specialist Centre.

The other horse was captured by police and rangers at Rockingham Shopping Centre around three kilometres away from the training paddock. 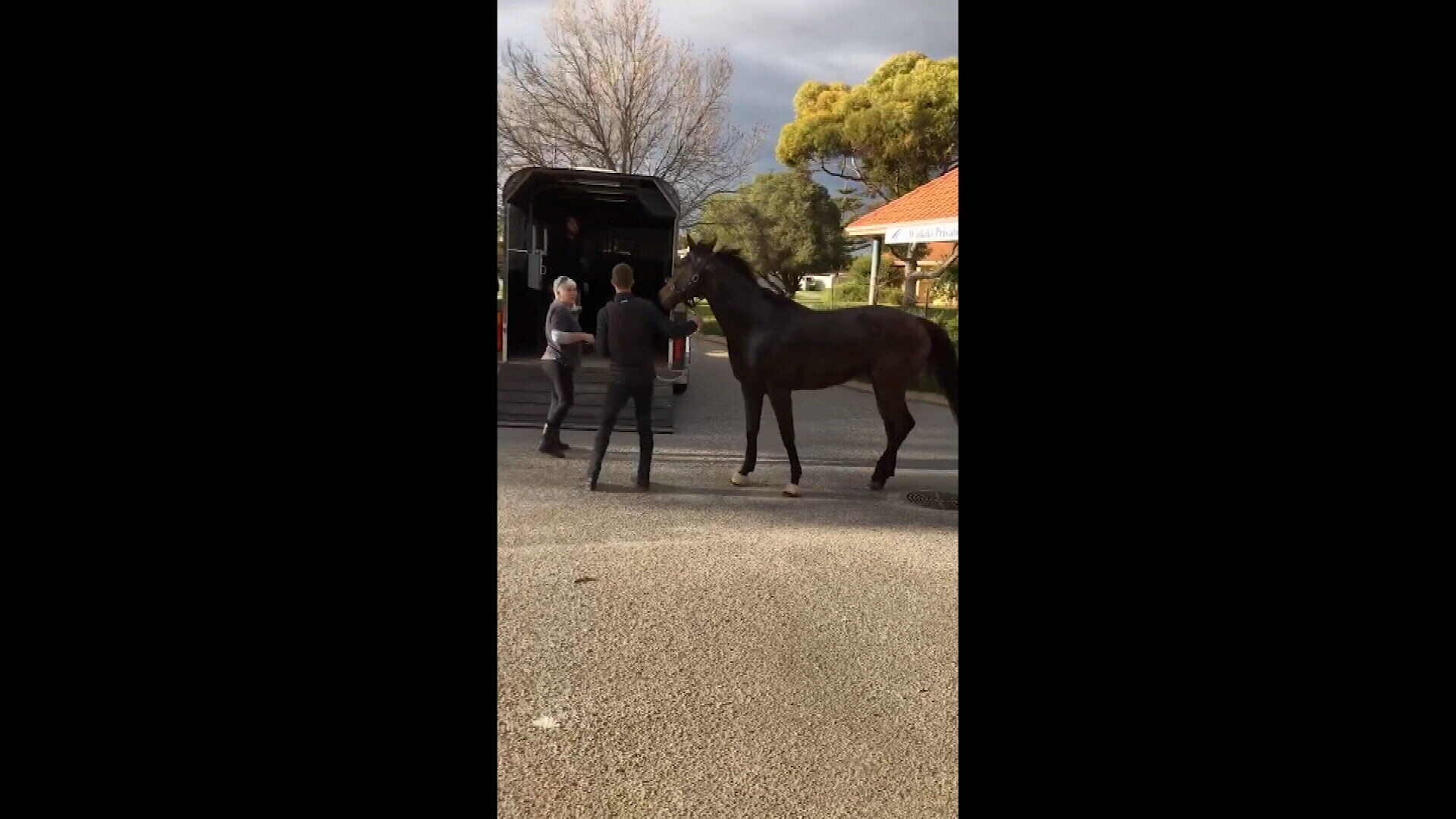 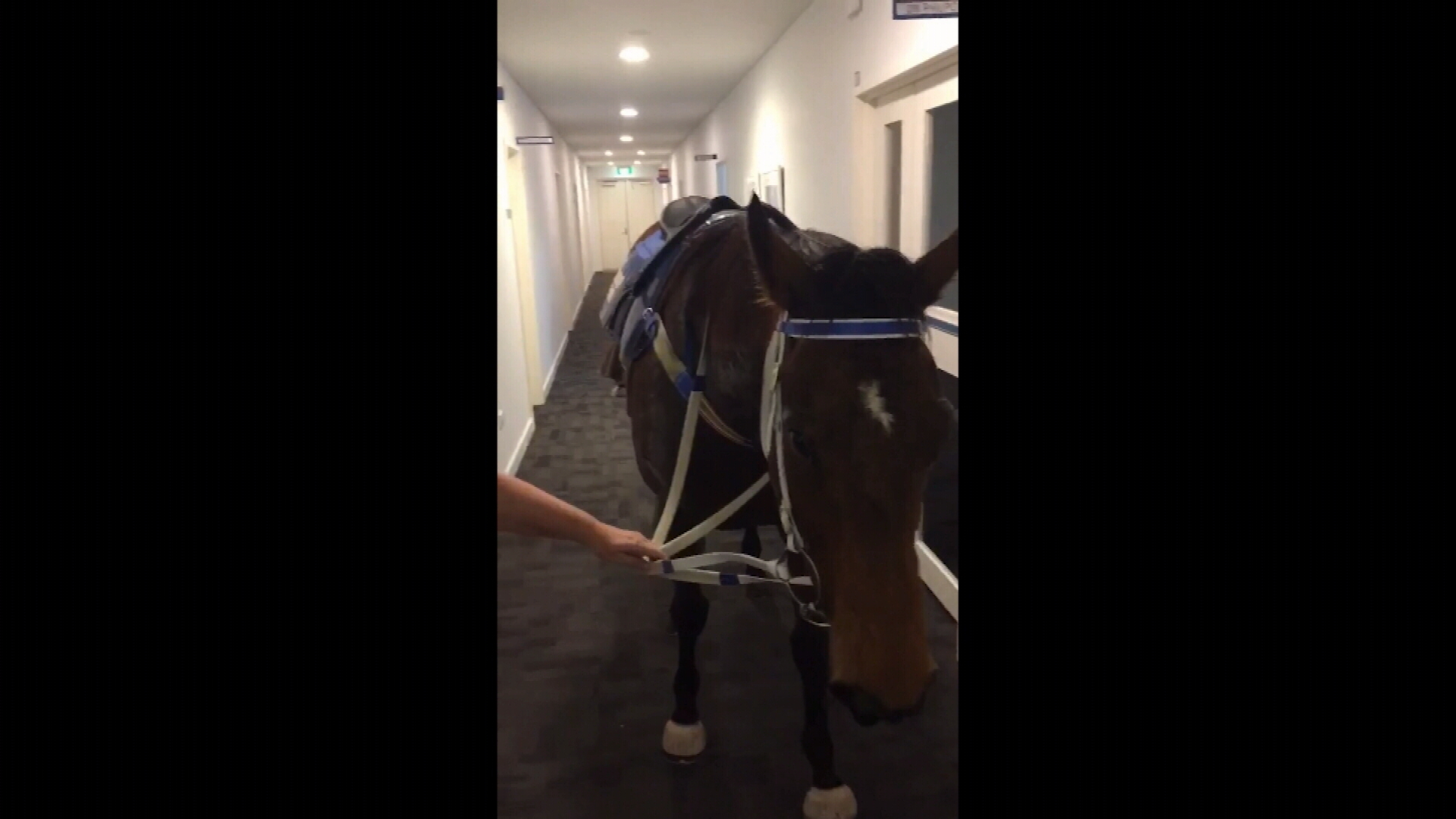 Thankfully both horses were unharmed after their highway adventure.