Two small planes have collided in the air near the United States city of Denver, leaving one aircraft nearly ripped in half and forcing the other's pilot to deploy a parachute. Remarkably, both planes landed safely and no one was injured, officials said.

Both planes were getting ready to land at a small regional airport in a Denver suburb on Wednesday (Thursday AEST) when they collided, according to the National Transportation Safety Board and South Metro Fire Rescue. 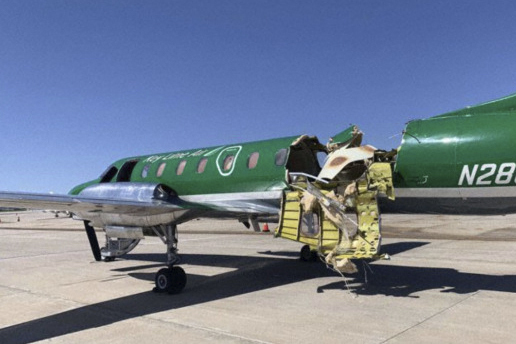 "I don't remember anything like this — especially everybody walking away. I mean that's the amazing part of this."

In an audio clip from KDVR TV, the Key Lime Air pilot asked air traffic control for an immediate landing and declares an engine emergency, without realising the plane was almost split in half from the collision.

"Looks like the right engine failed so I'm gonna continue my landing here," the pilot said.

June Cvelbar told the KUSA TV station she saw the collision while walking in a state park.

"I heard a noise but didn't realise that the two planes had collided."

Ms Cvelbar said she saw the green plane fly off and shortly after saw the smaller plane deploy its parachute. She said she initially thought it was a training exercise.

READ:  Three charged after an investigation into drugs, firearms supply in Newcastle 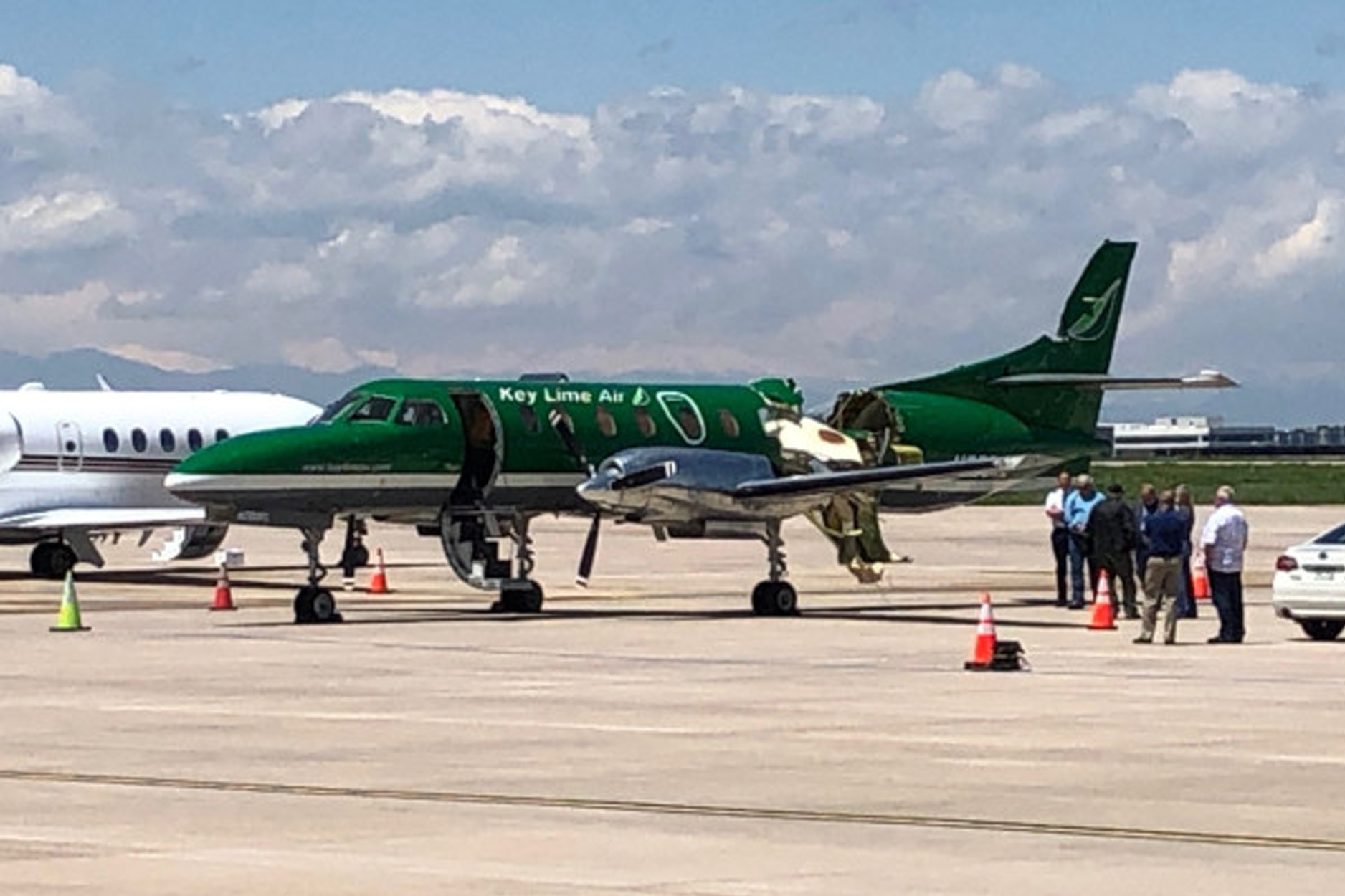 "When I realised that the small plane was going down I ran toward it. The pilot and his passenger were up and about," she said.

Shelly Whitehead told KCNC-TV she was in her kitchen when she heard a loud bang that sounded like a firecracker.

She ran onto her patio and saw the plane that deployed the parachute coming down in the field behind her house.

"I thought, 'Is it somebody just jumping out of a plane?' And then I realised the parachute was attached to a plane," she said.

"I thought for sure they weren't going to make it out of there."

The pilot was the only person aboard a twin-engine Fairchild Metroliner that landed at Centennial Airport despite suffering major damage to its tail section.

The plane is owned by a Colorado-based company, Key Lime Air, that operates cargo aircraft.

A pilot and one passenger were on the other plane, a single-engine Cirrus SR22, which deployed a red-and-white parachute and drifted down to a safe landing in a field near homes in Cherry Creek State Park, Mr Bartmann said.

Both Key Lime Air, a passenger and cargo charter company, and Independence Aviation, a flight school and aircraft rental firm that owns the Cirrus plane, are based outside Centennial Airport, one of the busiest general aviation airports in Colorado.

Independence Aviation said it rented the 2016 Cirrus SR22 plane on Wednesday and its pilot successfully deployed an airframe parachute system designed by Cirrus Aircraft to slow the craft's descent after a collision.

"At this time, we are allowing the NTSB and FAA to conduct their investigation," said a statement issued by Derek Severns of the Cirrus Platinum Training Center, a pilot training centre.

Authorities did not immediately identify the people who were in the planes.

The National Transportation Safety Board said on Twitter it was sending staff to investigate. Key Lime Air will cooperate with the investigation, the company said in a statement.