Two people have died after a tree collapsed on their car south-east of Melbourne this morning.

Two people have died after a tree collapsed on their car south-east of Melbourne this morning.

Police said the tree came crashing down and struck the vehicle as it travelled along Woori Yallock Road in Cockatoo about 10.30am.

"Sadly, the two vehicle occupants died at the scene," Victoria Police said in a statement. 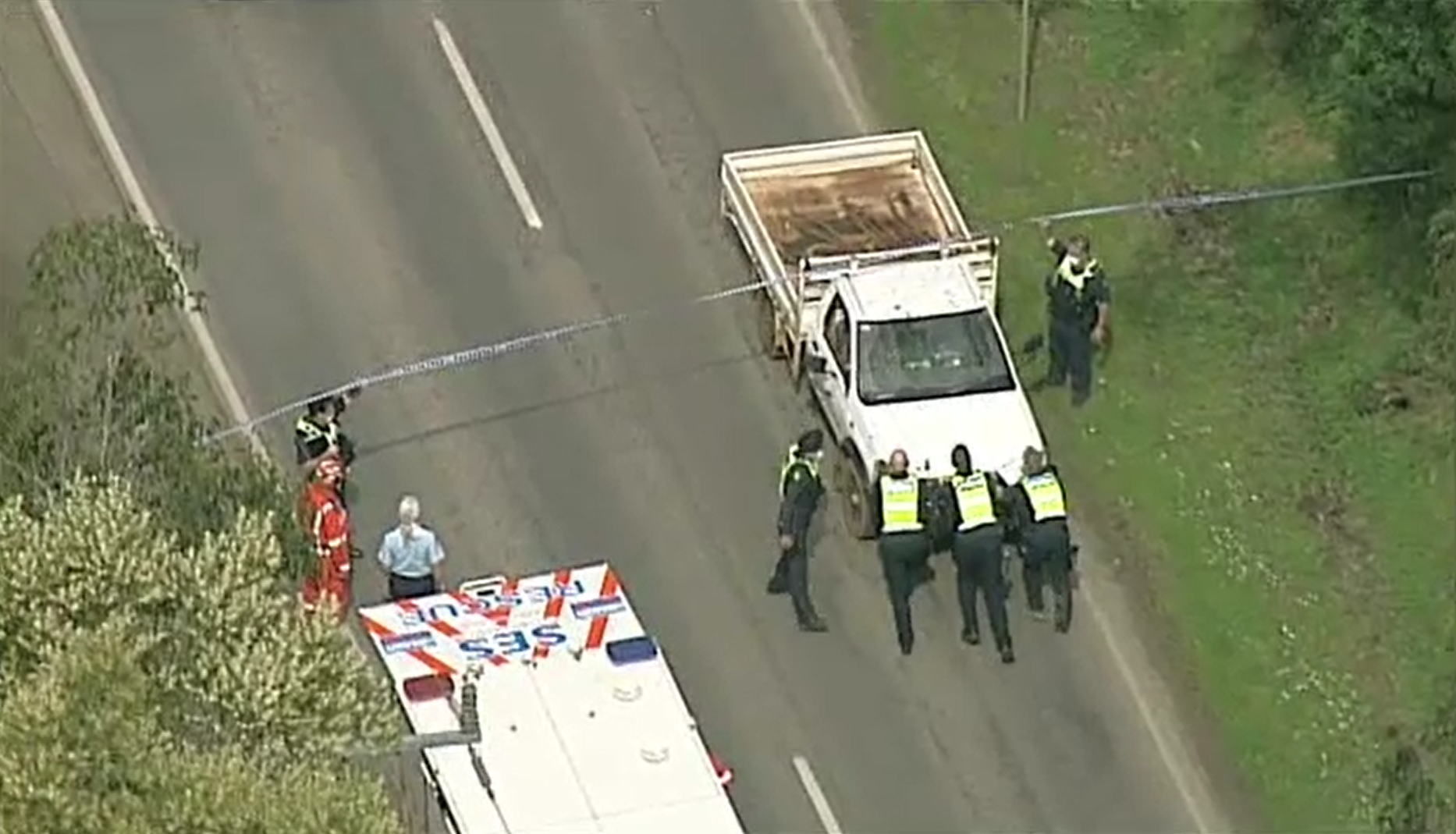 Aerial vision captured by 9News showed SES workers working to clean up the debris at the scene.

Police will prepare a report for the Coroner.

A Department of Transport advised Woori Yallock Road in Cockatoo has been closed in both directions due to the serious collision near Rainy Hill Road.

"We ask motorists to avoid the area between Belgrave-Gembrook Road and Avon Road, and to follow the direction of emergency services," the transport alert read.

"There is limited local access available. Nearby alternatives include Macclesfield Road and Gembrook-Launching Place Road."

The road closure remains under Victoria Police control and it will reopen when it is safe to do so.