A man with a lengthy criminal record tried to kill two New York Police Department officers sitting in their patrol car then opened fire inside a police precinct the next morning.

A man with a lengthy criminal record tried to kill two New York Police Department officers sitting in their patrol car on Saturday night (local time) and then opened fire inside a police precinct on Sunday morning, NYPD officials said.

In all, two officers were shot but survived what NYPD Commissioner Dermot Shea said were targeted attempts to assassinate police officers. 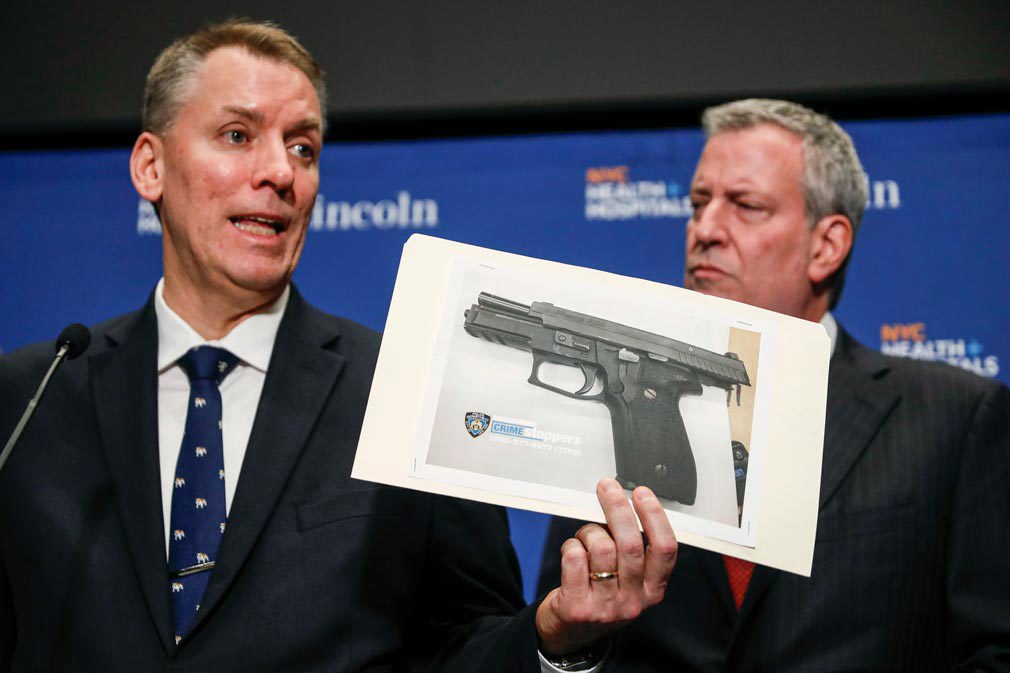 "This is not a crime gone bad. This is not a liquor store robbery interrupted, that a tragedy erupts from. This is a premeditated assassination attempt," Commissioner Shea said.

"By the grace of God we're not planning a funeral."

The first shooting took place on Saturday night when a man in a black puffer jacket opened fire on two police officers sitting in a van within the confines of the 41st precinct in the Bronx.

One officer was wounded and is expected to survive, police said, while a second officer in the van was not hit.

Then on Sunday morning, a man walked into the 41st precinct in the Bronx just before 8am and opened fire at uniformed officers and a civilian employee, Commissioner Shea said.

One male lieutenant who returned fire was shot in the arm and is in stable condition, Commissioner Shea said.

The suspect was not shot but lay down on the ground after he ran out of bullets, Commissioner Shea said. He was then taken into custody.

"This was an attempt to assassinate police officers," Mayor Bill de Blasio said.

"We need to use that word because it was a premeditated effort to kill, and not just to kill other human beings, but to kill those who wear a uniform that represents all of us." 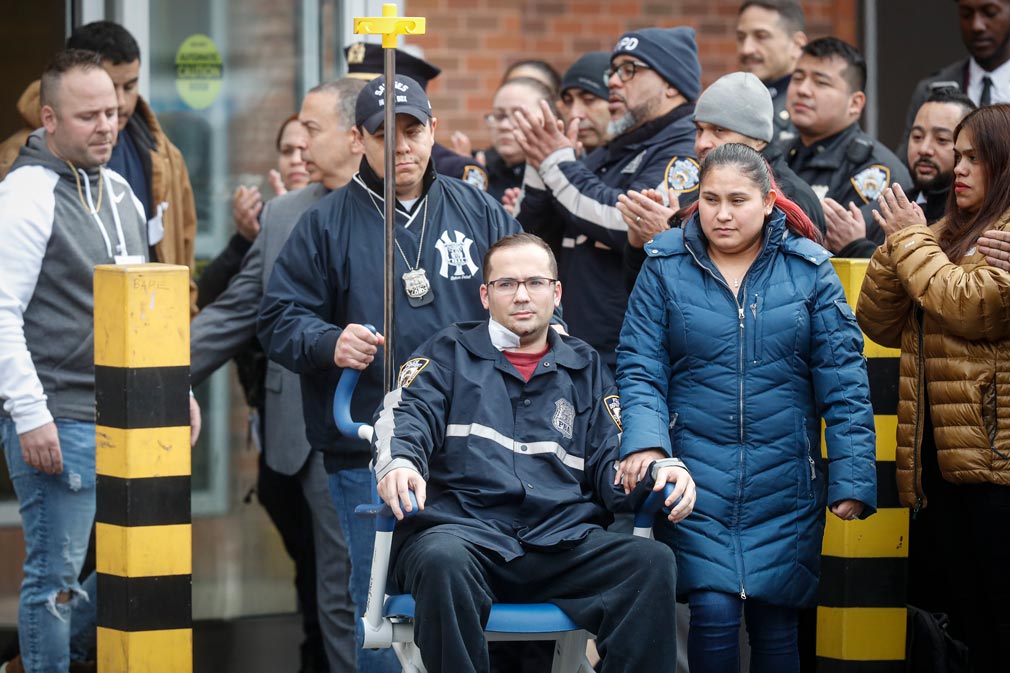 Commissioner Shea said investigators are confident that the same man opened fire in both incidents.

Police said the suspect, who they did not name, had been arrested and convicted in 2002 for attempted murder. In that incident, he shot a person, carjacked a woman, crashed that vehicle and then entered into a gunfight with police officers, Commissioner Shea said.

He was paroled in 2017, but he has since had one recorded arrest and had a scheduled court appearance in the coming days for that arrest, Commissioner Shea said.

Commissioner Shea said this weekend's attacks reminded him of the 2014 murders of officers Rafael Ramos and Wenjian Liu as they sat in their patrol car.

In both situations, he said, the attacks came not long after public protests against police practices in the city.

Protests against the policing of subway fare evasion January 31 led to the arrests of 13 people, CNN affiliate WCBS reported.

"Just remember these things are not unrelated," he said.

"We have people marching in New York City last week and I condemned it and I condemn it right here again today – using profanities against the Police Department.

"Everyone should be speaking out against this, and you have to be careful about the words you use, whether it's on social media or on written papers or speaking, because words matter and words affect people's behavior."