A father-of-two has been jailed over a New South Wales bowling club robbery where a female employee was tied up and terrorised.

Security video of the 2017 raid at the Abermain club in the state's Hunter region shows the lone worker closing up before being confronted by two masked intruders, one with a gun, the other a hammer.

With her hands in the air the young worker can be seen backing away before being forced to the ground, her wrists and ankles bound with tape. 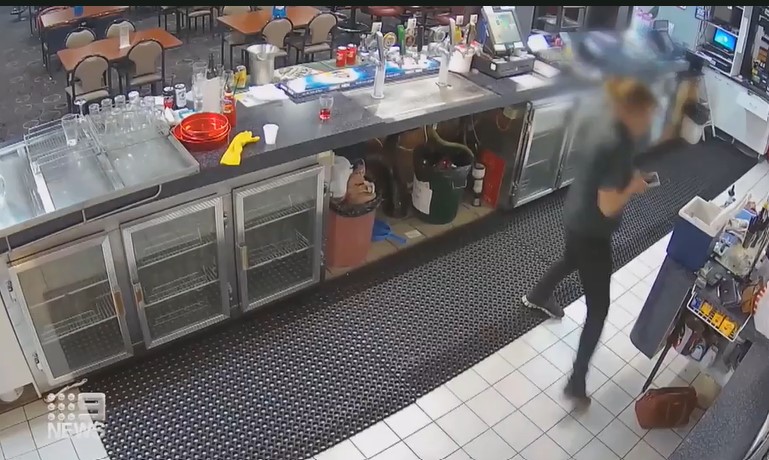 But these robbers soon realise they need help, untying the woman and ordering her to her feet.

She is then dragged around the building from one poker machine to the next, unlocking the night's winnings.

The man with the sawn-off shotgun is Brent Henderson, a member of the club and a father of two, addicted to ice. 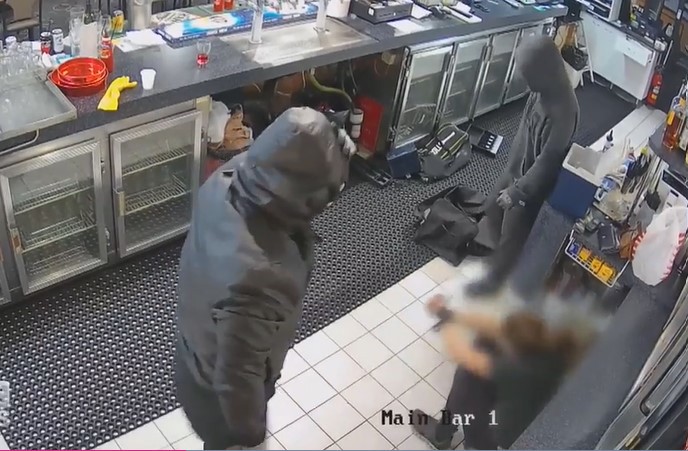 The security video was released after he was jailed for almost four years.

A judge was scathing of the pair's manhandling of the female employee, targeted because she was vulnerable and on her own.

As they left with bags of cash, she was left hog-tied and struggling on the ground. 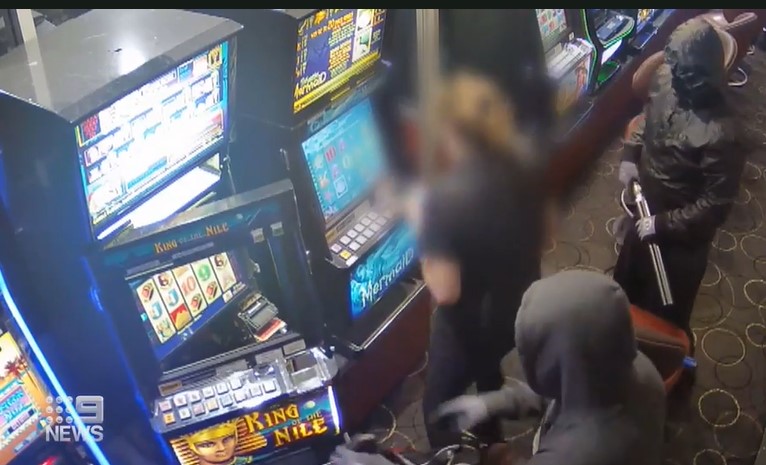