Israeli medics said at least two people were killed and more than 150 injured after a bleacher collapsed at an uncompleted West Bank synagogue yesterday, the eve of a major Jewish holiday.

Israeli medics said at least two people were killed and more than 150 injured after a bleacher collapsed at an uncompleted West Bank synagogue yesterday, the eve of a major Jewish holiday.

The bleacher was packed with ultra-Orthodox worshippers and collapsed during prayers at the beginning of Shavuot. A spokesman for Magen David Adom told Channel 13 that paramedics had treated over 157 people for injuries and pronounced two dead, a man in his 50s and a 12-year-old boy.

Rescue workers were on the scene, treating the injured and taking people to the hospital. The collapse comes weeks after 45 ultra-Orthodox Jews were killed in a stampede at a religious festival in northern Israel. 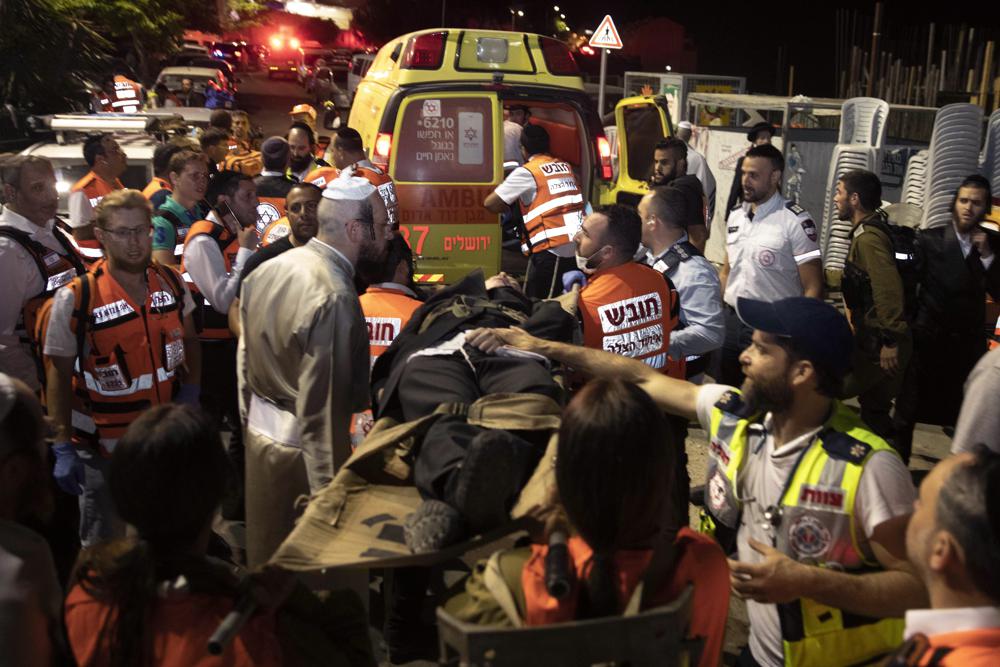 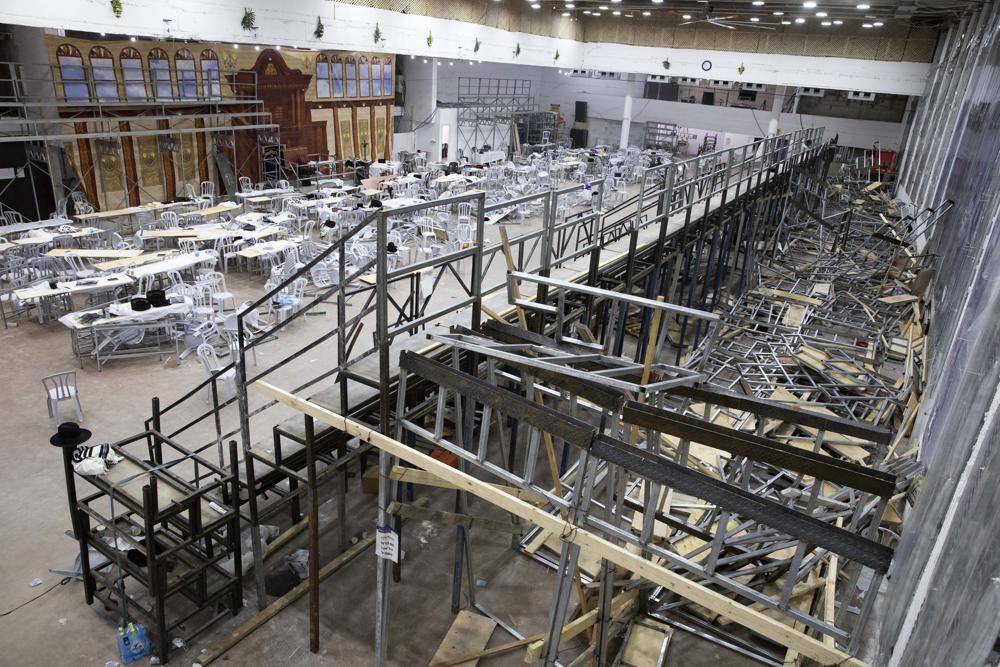 The Israeli military said in a statement that it dispatched medics and other search and rescue troops to assist at the scene. Army helicopters were airlifting the injured.

Amateur footage showed the collapse yesterday during evening prayers in Givat Zeev, a West Bank settlement just north of Jerusalem. The ultra-Orthodox synagogue was packed with hundreds of people.

Shavuot is a spring harvest festival that also marks the day in the Jewish calendar on which the Torah was given to Moses on Mount Sinai. It is traditionally marked with all-night Torah study and the consumption of dairy. 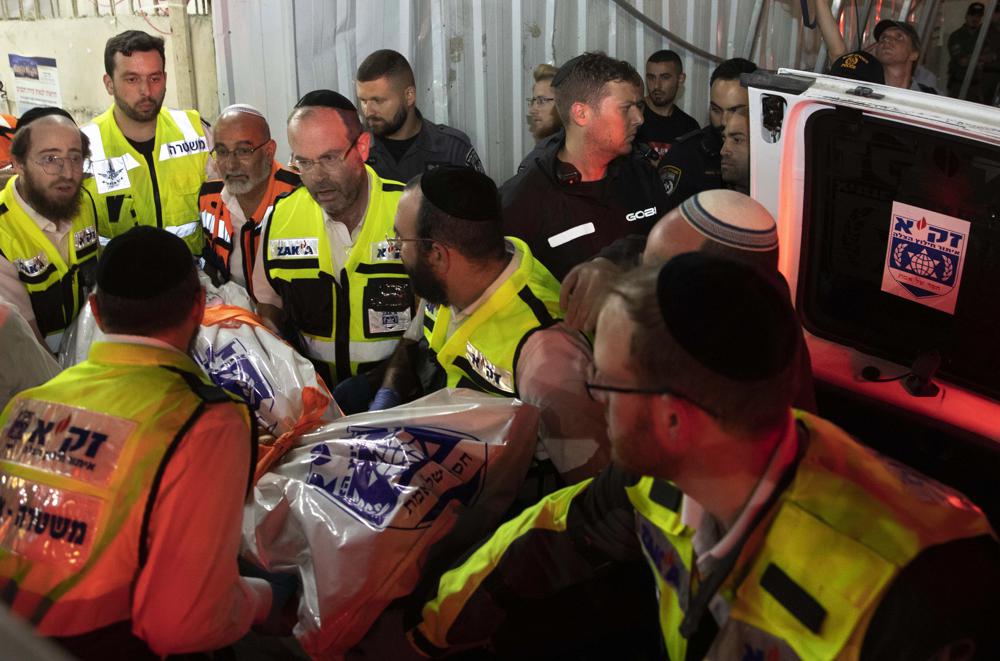 The mayor of Givat Zeev said the building was unfinished and dangerous, and that the police had ignored previous calls to take action. Jerusalem police chief Doron Turgeman said the disaster was a case of "negligence" and that there would likely be arrests.

READ:  Hundreds flee Victoria for SA ahead of midnight lockdown

Deddi Simhi, head of the Israel Fire and Rescue service, told Israel's Channel 12 that "this building is not finished. It doesn't even have a permit for occupancy, and therefore let alone holding events in it."

Television footage from the scene showed the five-story building was incomplete, with exposed concrete, rebar, and wooden boards, and plastic sheeting as windows. A sign in Hebrew pasted to a wall of the building warned that "for safety reasons entrance to the site is forbidden."

Defence Minister Benny Gantz wrote on Twitter that "my heart is with the victims of the disaster in Givat Zeev."

The accident comes weeks after a stampede at a religious festival in northern Israel that killed 45 ultra-Orthodox Jews, the deadliest civilian disaster in the country's history.

The stampede at Mount Meron on April 29 came after years of warnings that the holy site was unsafe for the tens of thousands of visitors it draws each year for the Lag Baomer holiday.

This year's festivities were attended by about 100,000 people, most of them ultra-Orthodox Jews, after powerful ultra-Orthodox politicians reportedly pressured Prime Minister Benjamin Netanyahu and others to lift attendance restrictions. 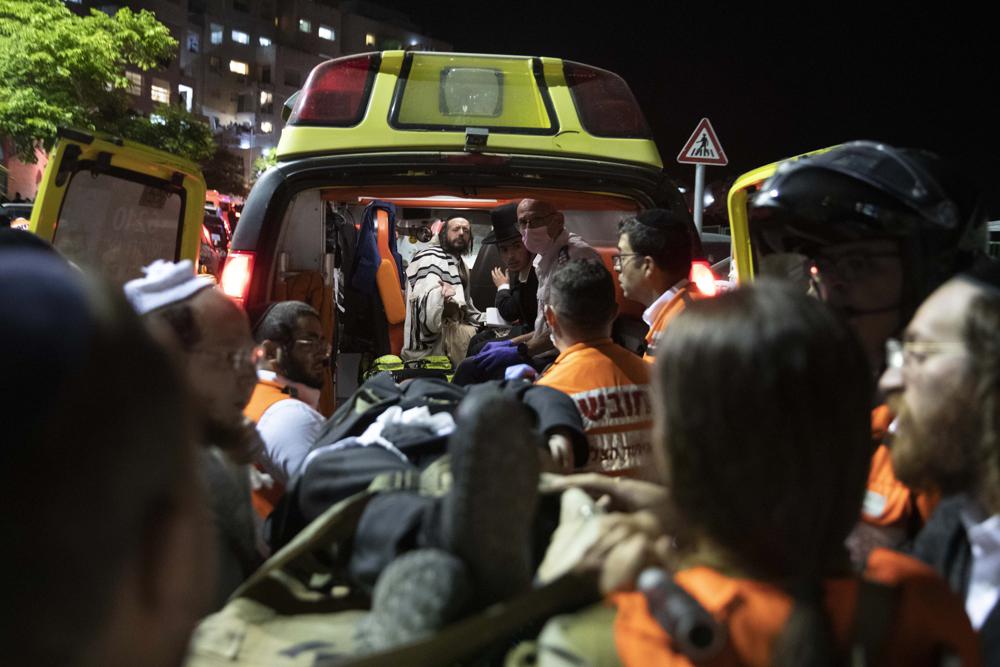 Experts had long warned the Mount Meron complex was inadequately equipped to handle the enormous crowds that flock there during the springtime holiday, and that the existing state of infrastructure was a safety risk.