Investigators will examine whether reported track faults along the Melbourne to Sydney train line where two people died in derailment yesterday were rectified, amid fears authorities ignored V/Line staff concerns of signalling issues.

Investigators will examine whether reported track faults along the Melbourne to Sydney train line where two people died in derailment yesterday were rectified, amid fears authorities ignored V/Line staff concerns of signalling issues.

Authorities have begun sifting through the deadly derailment site where a train came off its tracks, killing the driver and the train's pilot, north of Melbourne yesterday evening. 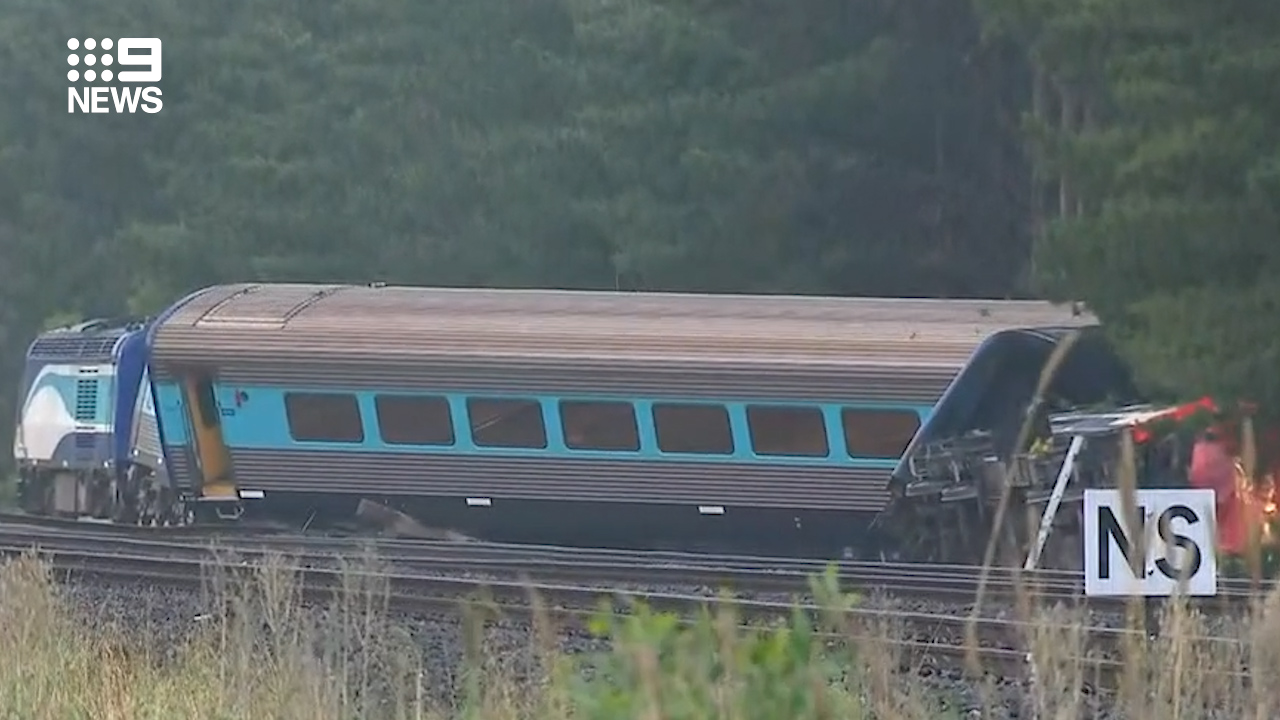 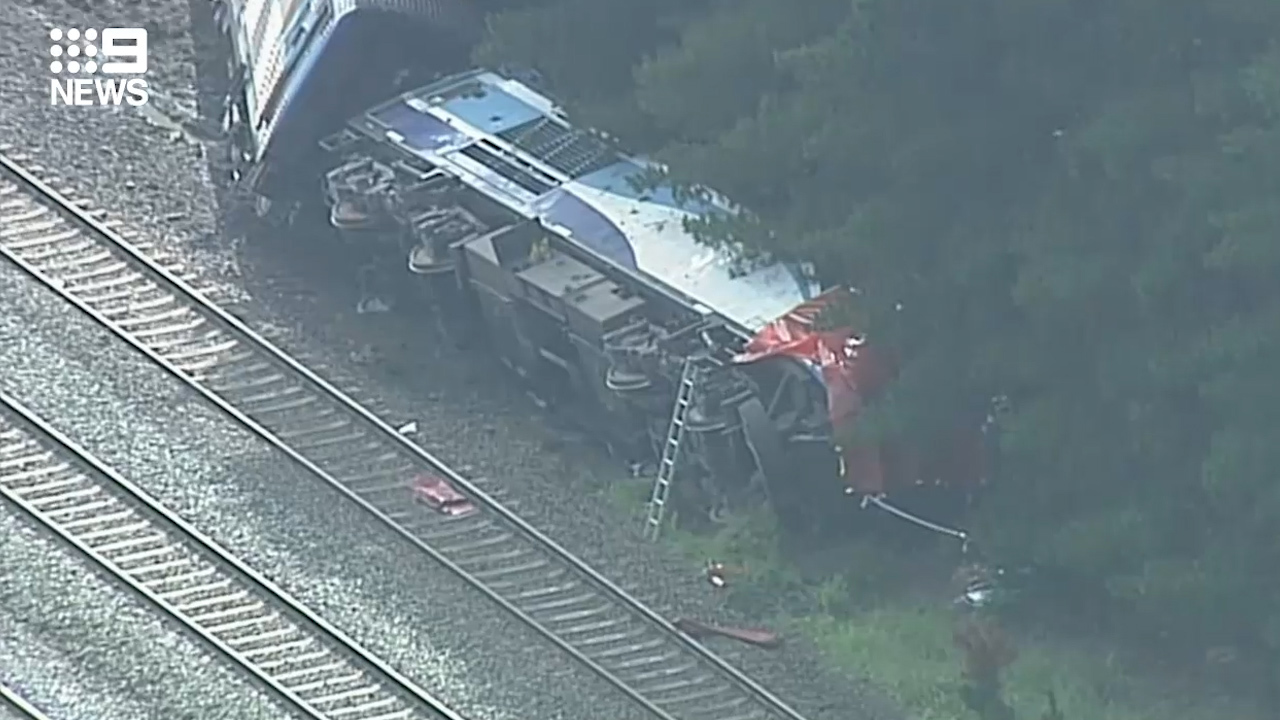 But he quickly shut down queries that authorities ignored safety concerns.

"No authority in Australia would allow a train to travel on an unsafe track … that just wouldn't happen," Mr McCormack said.

"Public safety, passenger safety is first and foremost. We will be making investigations as to the condition of the track."

A dozen people were injured after the XPT diesel locomotive and five carriages travelling from Sydney to Melbourne derailed near Wallan Station, 45km north of the city.

The train driver, a 54-year-old Canberra man, and the pilot, a 49-year-old Victorian woman from Castlemaine, died following the derailment at 7.45pm.

About 20 people remain unaccounted for, however it is believed the missing passengers did not board the train. 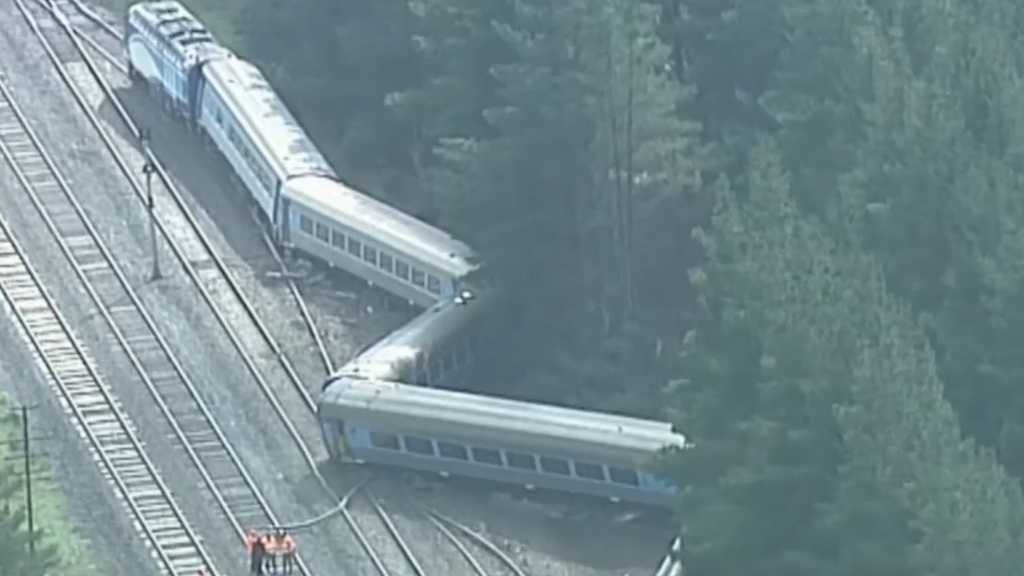 In a statement, the Rail Tram and Bus Union (RTBU) said the derailment occurred over a section of track which was "awaiting maintenance".

"The RTBU is deeply saddened by the tragic accident that has taken the life of two rail workers and unnecessarily injured many more," it read.

"Conditions were altered and V/Line drivers rightly refused to traverse this section over the past week.

"Our thoughts are with all those affected by this tragedy, from other rail workers, affected passengers and the family and friends of all those grieving from this incident." 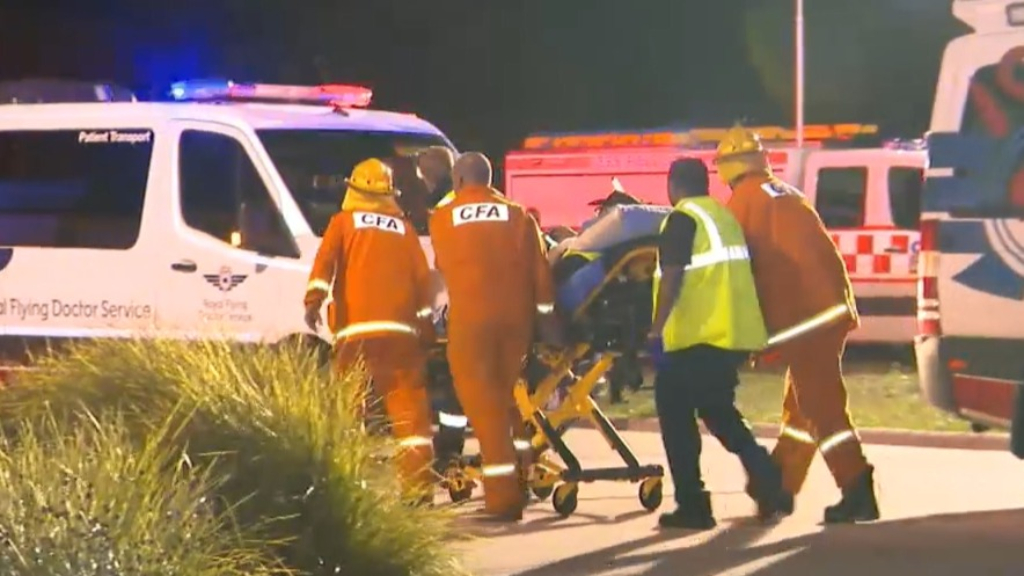 A key part of the investigation will focus on the condition of the Melbourne to Albury stretch of the rail line, which is believed to have been experiencing signalling issues over the past few weeks.

V/Line had been notifying passengers for several days about regular delays due to an "ongoing track fault" at Wallan.

It is understood another train broke down along the same section of rail last weekend in Victorian town Donnybrook, which is just 15km from Wallan.

"On the way down we had a broken track, on the way back our train driver had to get off the train every 10 minutes to adjust the switches manually because the ARTC had lost control of the tracks," he said.

"They were telling us how they were padlocked and they had to break padlocks to change the switches, so we didn't get hit by a freight train." 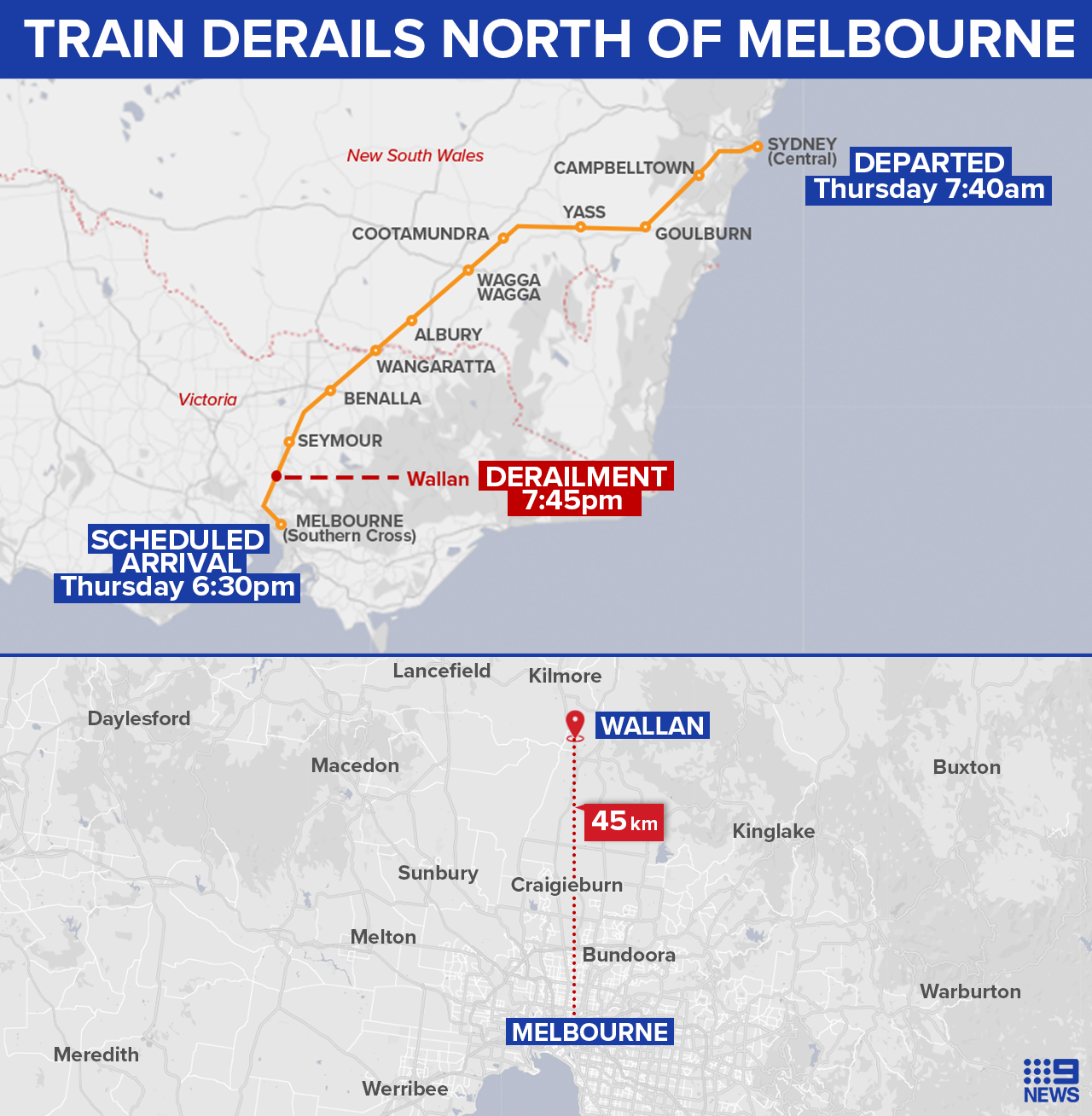 A large number of the 153 passengers on-board were assessed by emergency crews at yesterday's accident scene, with a number of people not requiring any treatment.

Ambulance Victoria said a man in his 60s was taken by road to the Royal Melbourne Hospital in a stable condition with an upper body injury.

No air ambulance was required.

Victoria Police Acting Inspector Peter Koger said it was a miracle more people weren't killed or injured in the tragedy.

READ:  ‘Oceans Fourteen’ Just Matt Damon Breaking Into A TAB To Put A Bet On A Dog

"It is a tragedy that unfortunately the pilot and the driver were killed in the incident, but … to have only 11 passengers out of 153 with minor injuries is amazing."

9News video shows the train's engine and the first carriage fallen onto its side as a result of the powerful impact of the derailment.

"There was a number of passengers scrambling and trying to get off the train," he said. 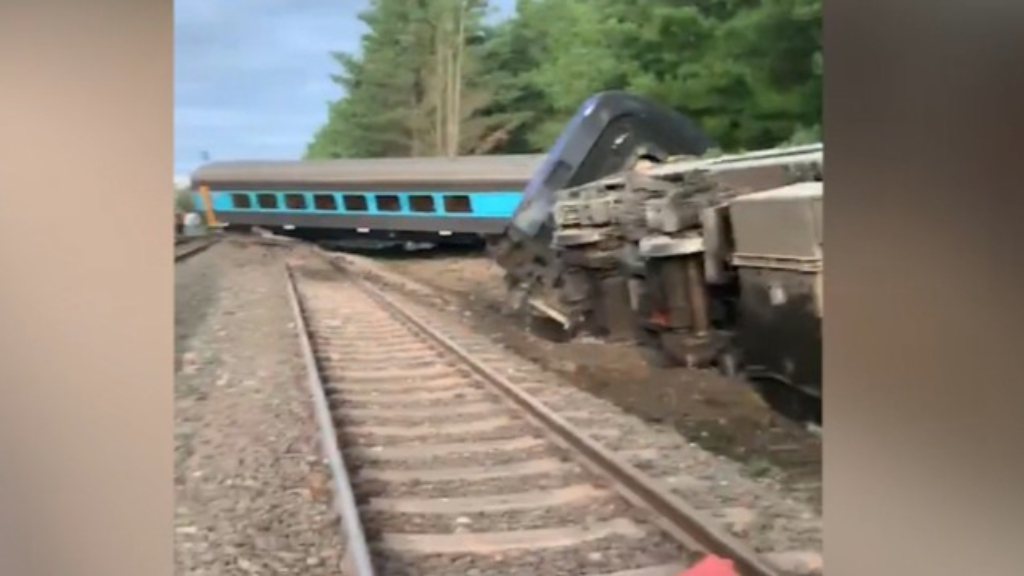 The train's driver and pilot were in the same section of the train at the time of the derailment.

"I pretty much just ran over and tried to get the train driver out and try and smash the windows, but I couldn't get him out," he said.

All passengers who were able to walk from the train were taken to the Wallan McDonald's and BP station area, which is being used as a triage centre.

A joint government effort to help those impacted by the accident was announced in a combined statement from Mr McCormack, NSW Regional Transport and Roads Minister Paul Toole and Victorian State Minister for Public Transport Melissa Horne.

"The Federal, New South Wales and Victorian Governments are working closely to support all those involved in the incident," the statement said.

"A range of support measures will be available to passengers, crew and their families."

They also announced The Australian Transport Safety Bureau and the Office of the National Rail Safety Regulator would conduct a "full and thorough investigation" to establish the cause of the incident.

READ:  Facebook must be broken up, US government demands in lawsuit

Chief Commissioner of the Transport Safety Bureau Greg Hood said authorities would release a preliminary report after 30 days and then a full investigation report.

"The interviewing of witnesses on the train will take place from now on. The speed limit will be examined and the evidence gathered and examined over the next week," Mr Hood said. 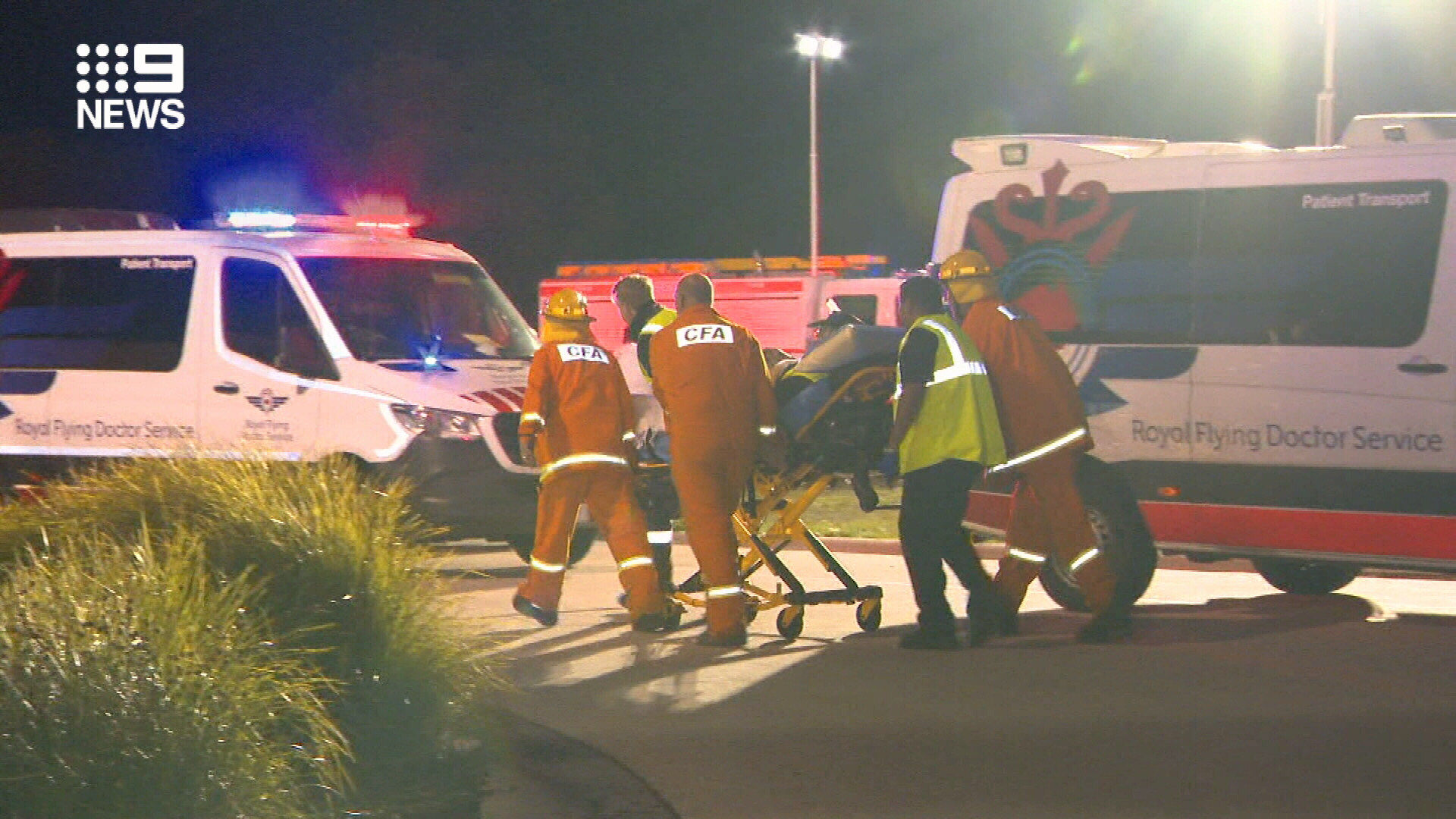 The train, which had left Central Station in Sydney at 7.40am, had been due to arrive at Southern Cross Station in Melbourne at 6.30pm.

It was running more than two hours late at the time of the crash.

Passengers told 9News the driver had announced minutes before the crash they were going to try and make up time lost because of the delay.

One passenger, James Ashburner, tweeted that his carriage had ended up on a 30-degree tilt when the train finally came to rest.

"The responses by all these Victorian services were exemplary," he wrote.

The track buckled and both carriages shifted at least 10m from their normal trajectory.

It is understood the ARTC was in charge of the rail maintenance, while the train was managed by Transport for NSW.

The Sydney-Melbourne XPT service runs twice every 24 hours - once during the day and once overnight.

The damaged track where the train derailed will remain closed until authorities finish combing through evidence as part of the investigation, which includes an engineering report.