One woman has died and another is critically injured after a 27-year-old man barrelled through a panicked crowd of protesters on closed Seattle freeway yesterday.

One woman has died and another is critically injured after a 27-year-old man barrelled through a panicked crowd of protesters on closed Seattle freeway yesterday.

Dawit Kelete of Seattle drove the car around vehicles that were blocking Interstate 5 and sped into the crowd about 1.40am on Saturday (local time), according to a police report released by the Washington State Patrol. 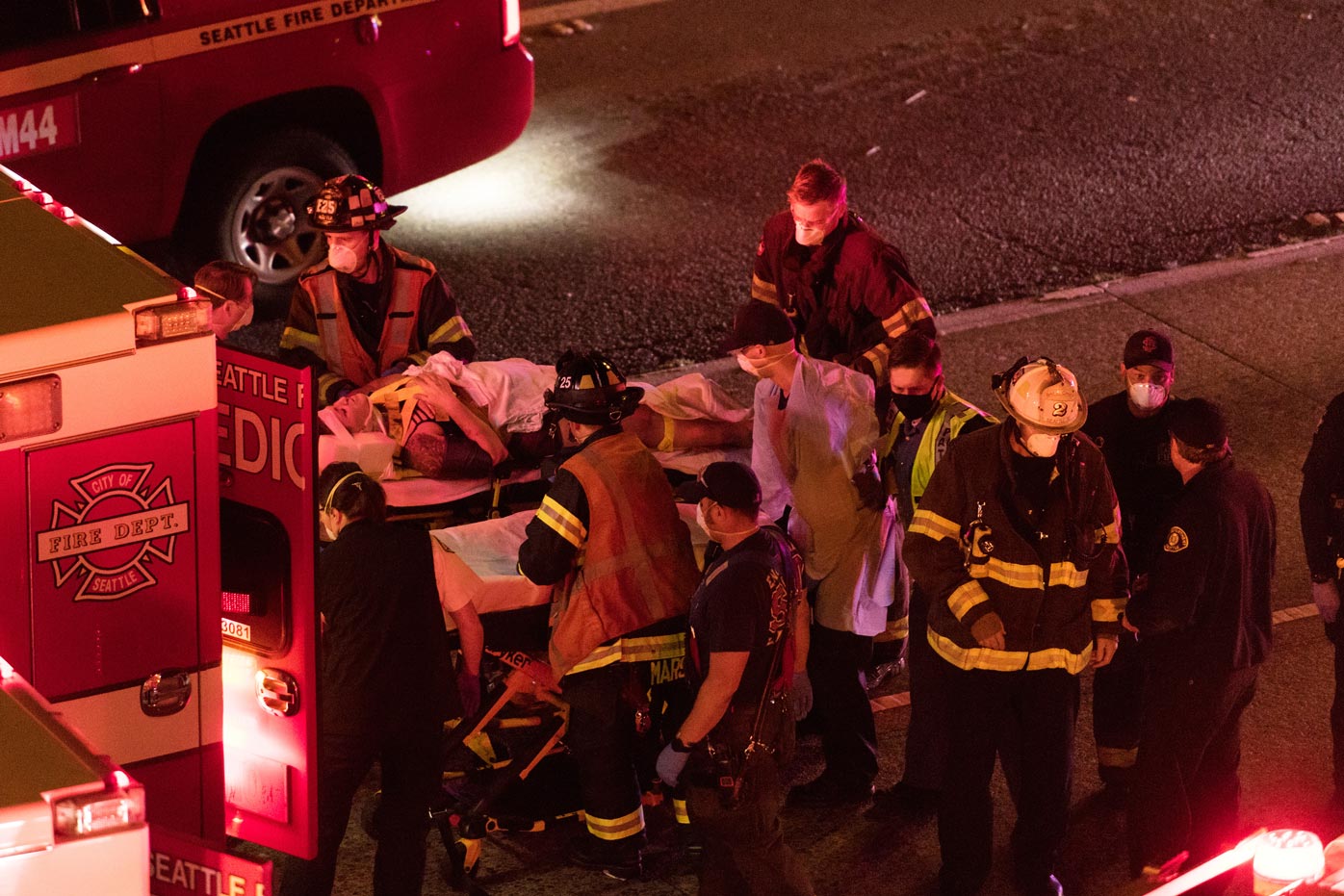 Ms Love was filming the protest in a nearly two-hour-long Facebook livestream captioned "Black Femme March takes I-5" when the video ended abruptly; with about 15 seconds left, shouts of "Car!" can be heard as the camera starts to shake before screeching tires and the sound of impact are heard.

A graphic video posted on social media showed the white Jaguar racing toward a group of protesters who are standing behind several parked cars, set up for protection. 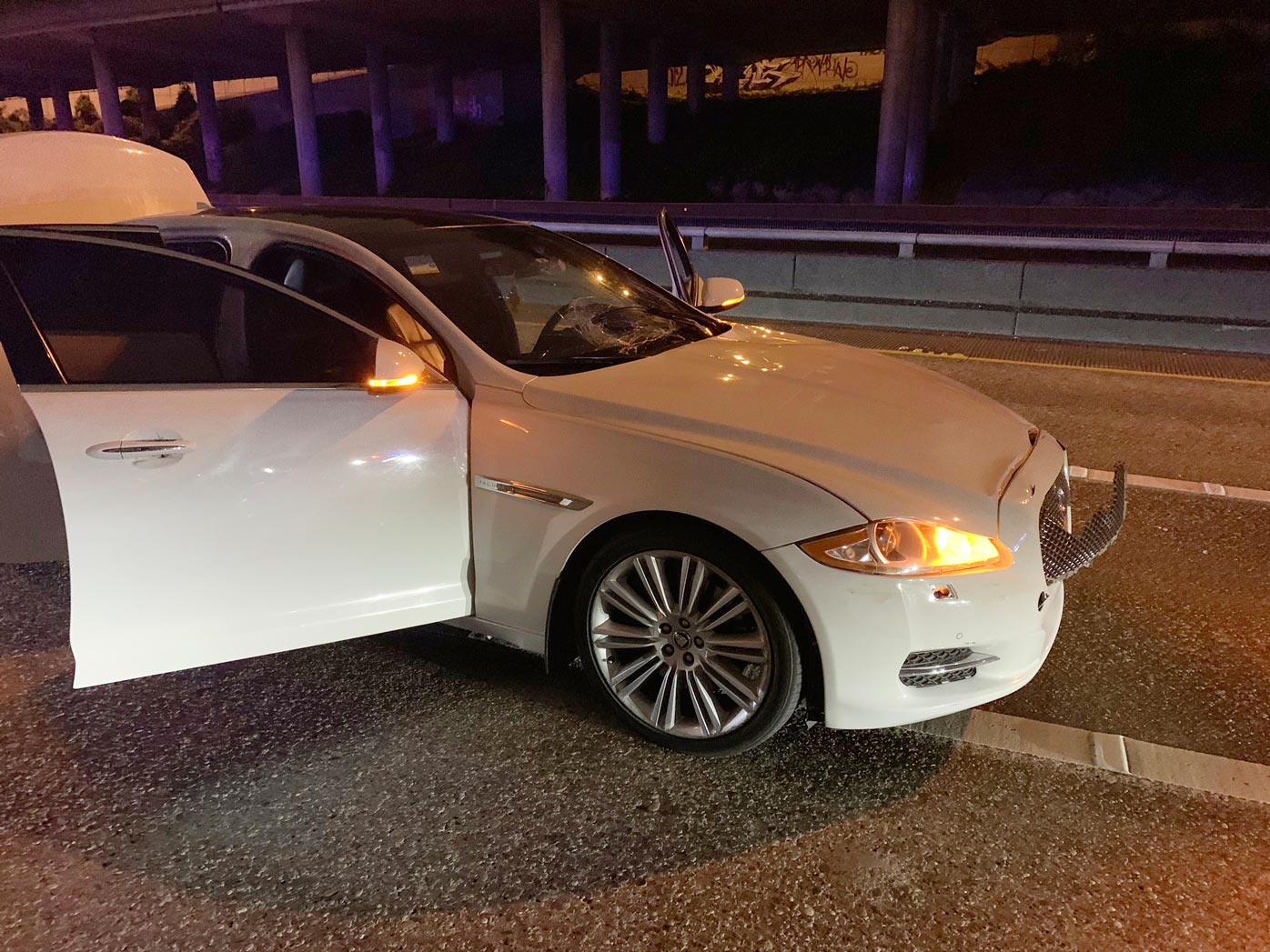 The car swerves around the other vehicles and slams into the two women, sending them flying into the air.

The driver, who was alone, fled the scene after hitting the protesters, Trooper Chase Van Cleave told The Associated Press.

One of the protesters got in a car and chased the driver for about a mile. He was able to stop him by pulling his car in front of the Jaguar, Van Cleave said.

Kelete was described by offices as reserved and sullen when he was arrested, according to court documents. He also asked if the pedestrians were OK, the documents say. 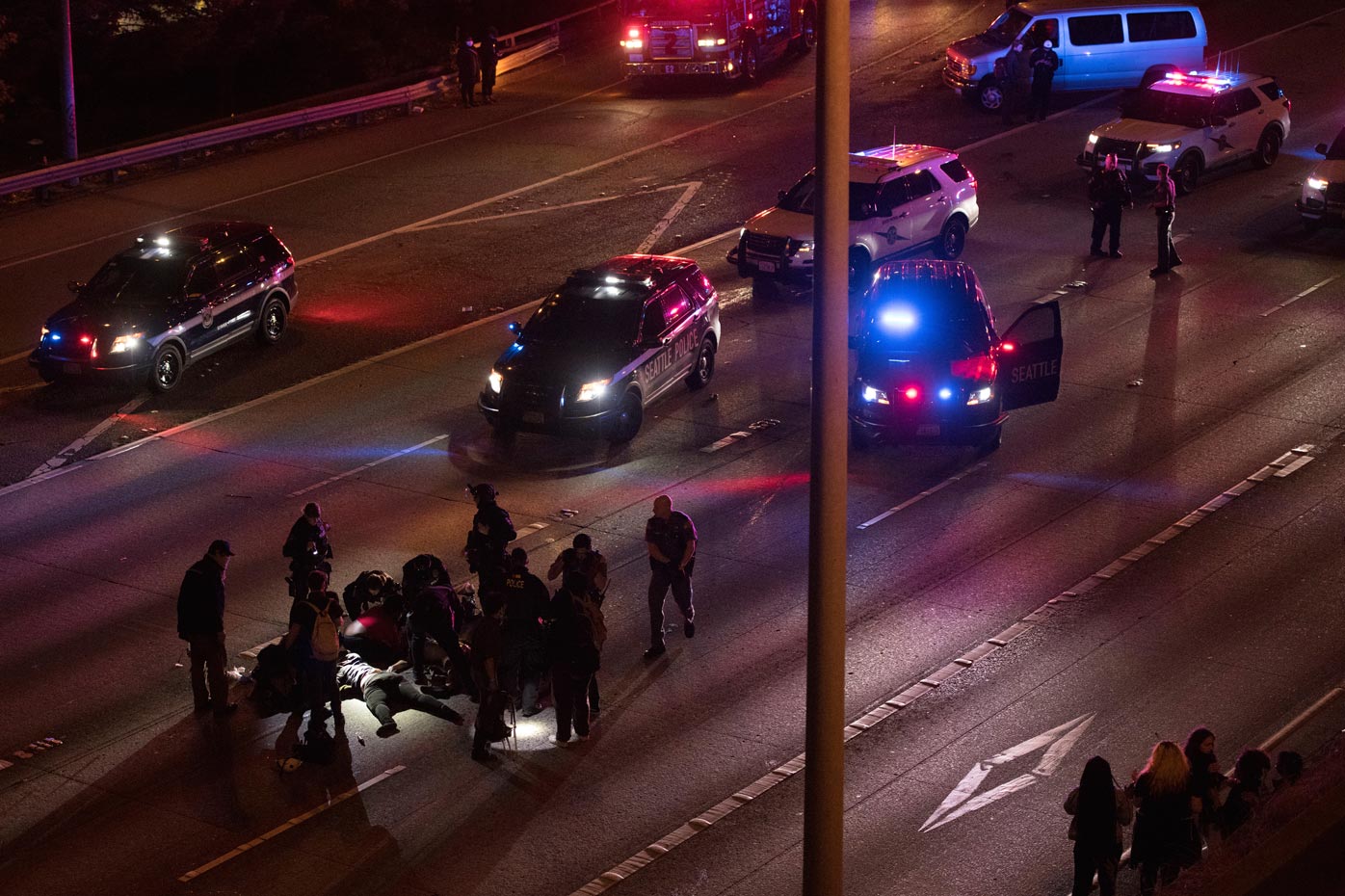 Kelete was booked into the King County Correctional Facility on Saturday morning on two counts of vehicular assault. Bail was denied.

A judge found probable cause to hold Kelete on an investigation of vehicular assault. He faces a second court hearing on Monday at which the judge will determine if he can be released on bail, according to court documents.

It was not immediately clear if Kelete had an attorney who could speak on his behalf.

Officials were trying to determine the motive as well as where he got onto the interstate, which had been closed by the state patrol for more than an hour before the women were hit. 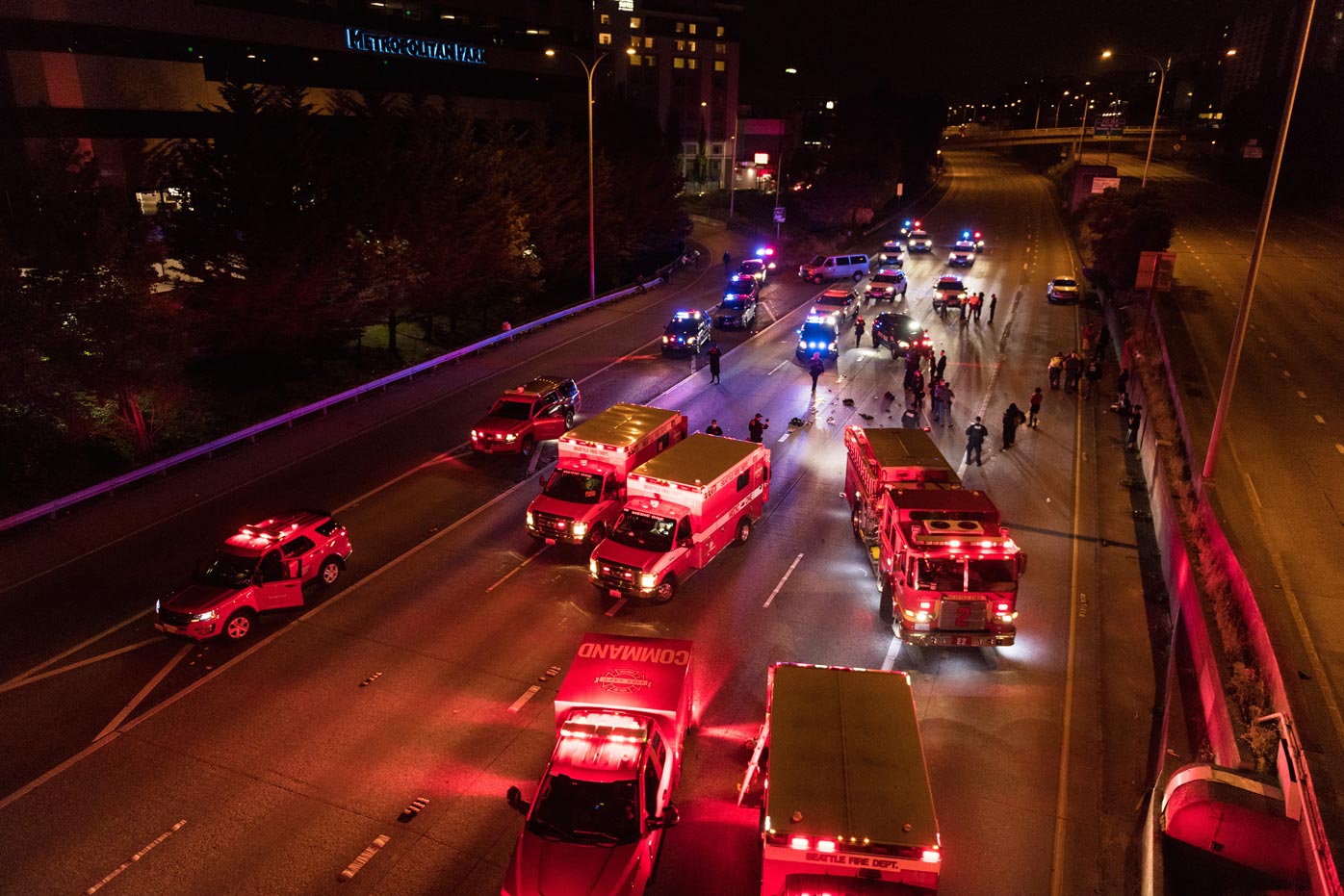 Mead said they suspect Kelete drove the wrong way on a ramp. Trooper Rick Johnson said the driver went through a barrier that closed the freeway before striking the women.

Troopers did not know whether it was a targeted attack, but impairment was not considered a factor, Mead said.

Kelete has a Seattle address. He is listed in public records as a student who attended Washington State University between 2011 and 2017 majoring in business and commerce.

His enrolment status could not be confirmed because the university was closed Saturday.

The Washington State Patrol said Sunday evening that going forward it won't allow protesters to enter I-5 and would arrest pedestrians on the freeway.

Seattle has been the site of prolonged unrest following the May 25 police killing of George Floyd in Minneapolis, which sparked nationwide protests.

Dozens of people were arrested this past week in connection with protests as demonstrations continue after authorities cleared the "Capitol Hill Occupied Protest" zone Wednesday morning.

Protesters had shut down the interstate for 19 days in a row, Mead said at a press conference.

The State Patrol responded by closing sections of the interstate to keep drivers and protesters safe.

"In a time that requires care and flexibility, we are exercising the safest means possible to avoid injuries or worse to motorists, protesters, WSDOT personnel and our troopers by closing the roadway and separating protesters from vehicular traffic," Chief John Batiste said in a statement on June 27, responding to complaints about the road closures.

Mead emphasised that the freeway is "simply not a safe place" for pedestrians, and said he hoped protesters would cease what he termed "unlawful behaviour" in blocking the interstate.

"My hope is, as a result of this tragedy, protesters will reconsider their desire to be on the interstate because I cannot guarantee their safety, plain and simple," Mead said.

Seattle Mayor Jenny Durkan said the city stands beside the friends and family of the victims.

"No one should risk their life for demanding better from our city, state and country," Durkan said on Twitter.

Protesters were on the freeway for more than an hour before the car drove around the blockade around 1.36am, Mead said.

The state patrol tweeted out two pictures of the driver's car with significant damage to its bumper and windshield.

Seattle police tweeted that they were assisting.