President Donald Trump will sign an executive order after threatening to shut down social media platforms over fact-check labels being placed on his tweets.

US President Donald Trump will sign an executive order on social media companies, White House officials have said, after he threatened to shut down the platform he accused of stifling conservative voices.

The officials, who spoke to reporters travelling with Mr Trump to Washington from Florida aboard Air Force One on Wednesday, gave no further details.

Before leaving for Florida earlier in the day to observe a space launch that was postponed because of bad weather, Mr Trump again accused Twitter Inc and other social media of bias without offering evidence. 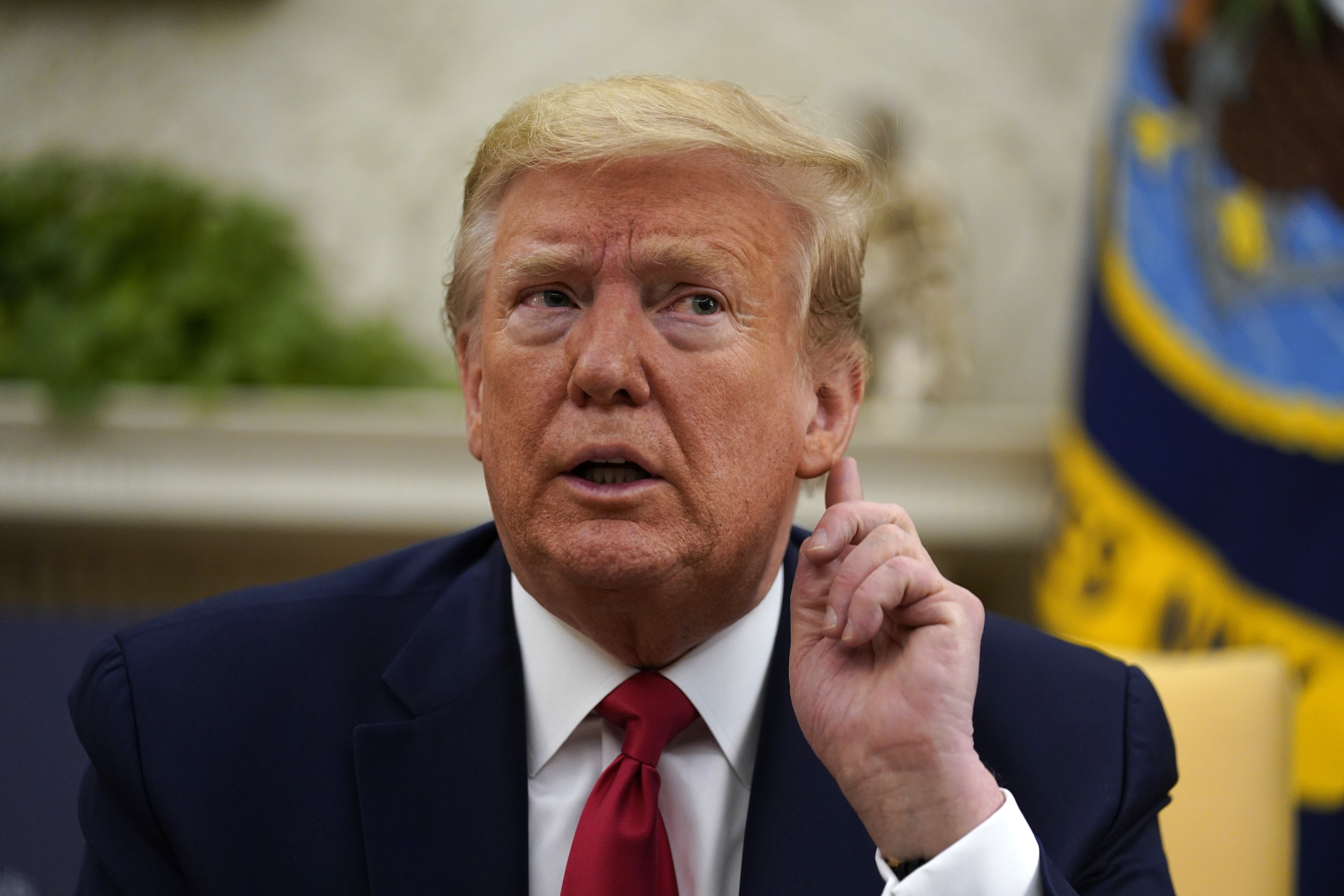 It was not immediately clear whether Mr Trump has the authority to shut down the companies.

The American Civil Liberties Union said the First Amendment of the US Constitution limits any action Mr Trump could take to regulate social media platforms.

Separately, a three-judge panel of the US Court of Appeals in Washington on Wednesday upheld the dismissal of a suit brought by a conservative group and right-wing YouTube personality against Google, Facebook, Twitter and Apple alleging they conspired to suppress conservative political views.

Mr Trump's latest dispute with social media emerged after Twitter on Tuesday for the first time attached a warning to some of his tweets prompting readers to fact check the president's claims.

In the tweets tagged by Twitter, Trump made unsubstantiated claims about mail-in voting.

"Republicans feel that Social Media Platforms totally silence conservatives voices. We will strongly regulate, or close them down, before we can ever allow this to happen," Mr Trump said in a pair of additional posts on Twitter on Wednesday.

The president, a heavy user of Twitter with more than 80 million followers, added: "Clean up your act, NOW!!!!"

Shares of both companies fell on Wednesday.

Asked during Twitter's annual meeting on Wednesday why the company decided to affix the label to Mr Trump's mail-in ballot tweets, General Counsel Sean Edgett said decisions about handling misinformation are made as a group.

"We have a group and committee of folks who take a look at these things and make decisions on what's getting a lot of visibility and traction...", he said. 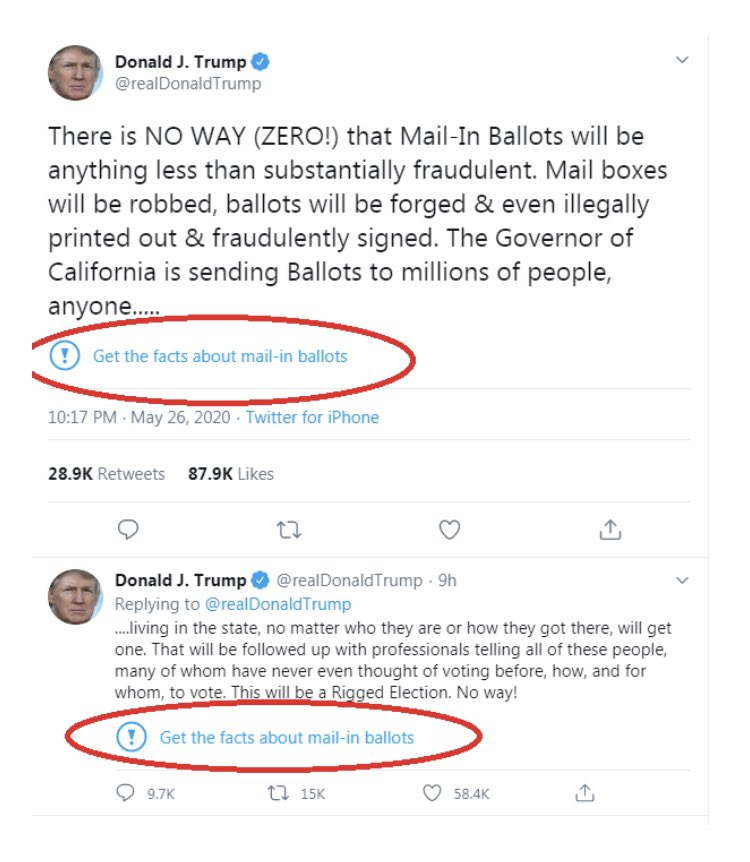 Mr Trump's attack included an accusation the platform of "interfering in the 2020 Presidential Election" and insisting that "as president, I will not allow this to happen."

His 2020 campaign manager, Brad Parscale, said Twitter's "clear political bias" had led the campaign to pull "all our advertising from Twitter months ago." Twitter has banned all political advertising since last November.

Mr Trump did not explain his threat on Wednesday, and the call to expand regulation appeared to fly in the face of long-held conservative principles on deregulation.

But some Mr Trump allies, who have alleged bias on the part of tech companies, have questioned whether platforms like Twitter and Facebook should continue to enjoy liability protections as "platforms" under federal law — or be treated more like publishers, which could face lawsuits over content. 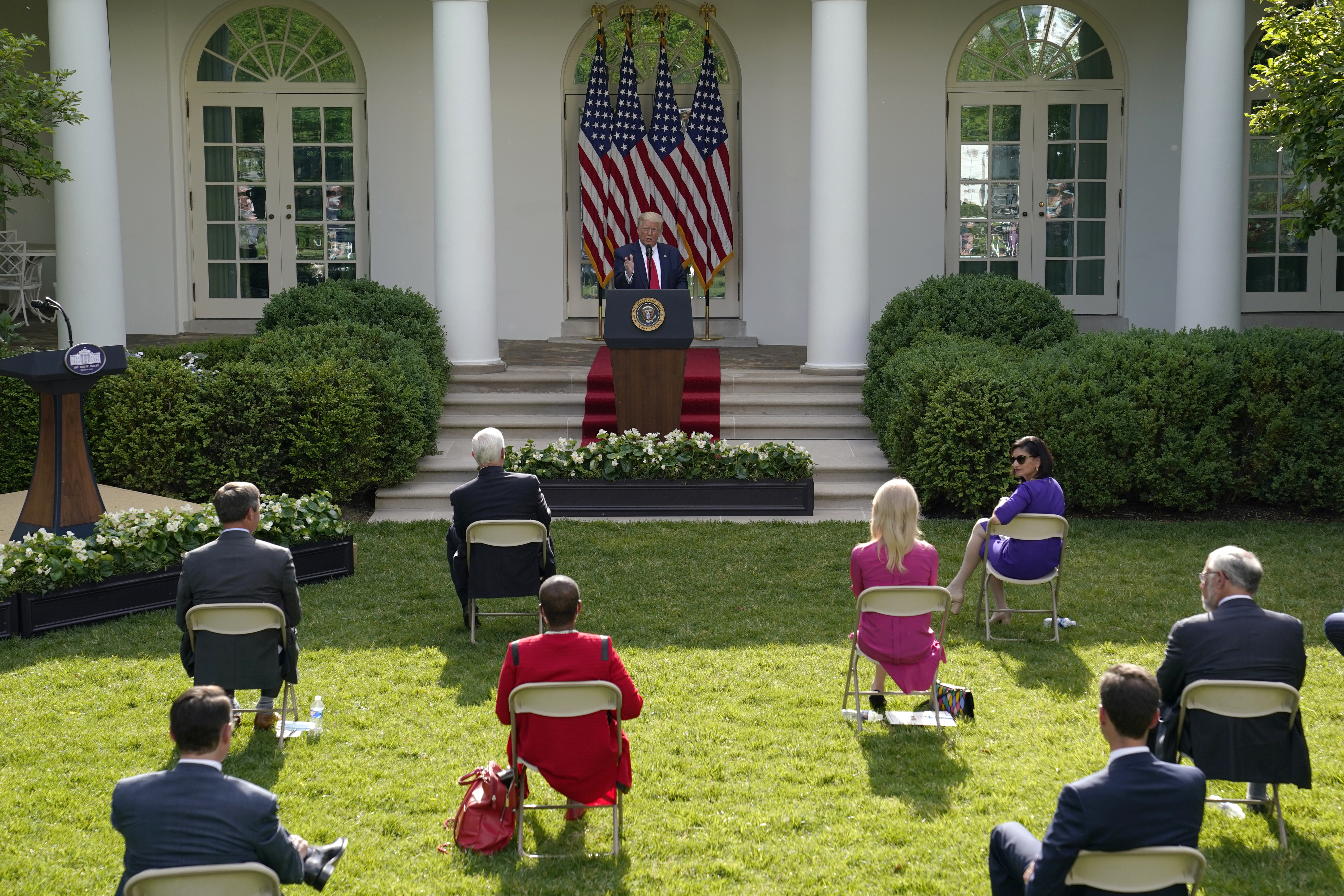 The protections have been credited with allowing the unfettered growth of the internet for more than two decades, but now some Trump allies are advocating that social media companies face more scrutiny.

READ:  Kourtney Kardashian Explains Why She Left The 'Toxic Environment' Of 'KUWTK'

With Associated Press and Reuters