Vietnam and Taiwan are bracing for twin cyclones which are expected to make landfall over the weekend.

Tropical Storm Conson is forecast to bring flooding rains to Vietnam this weekend while Super Typhoon Chanthu is expected to bring damaging winds and extremely heavy rainfall to Taiwan.

Taiwan issued a sea and land warning for Pingtung and Taitung Country on Friday ahead of Super Typhoon Chanthu. 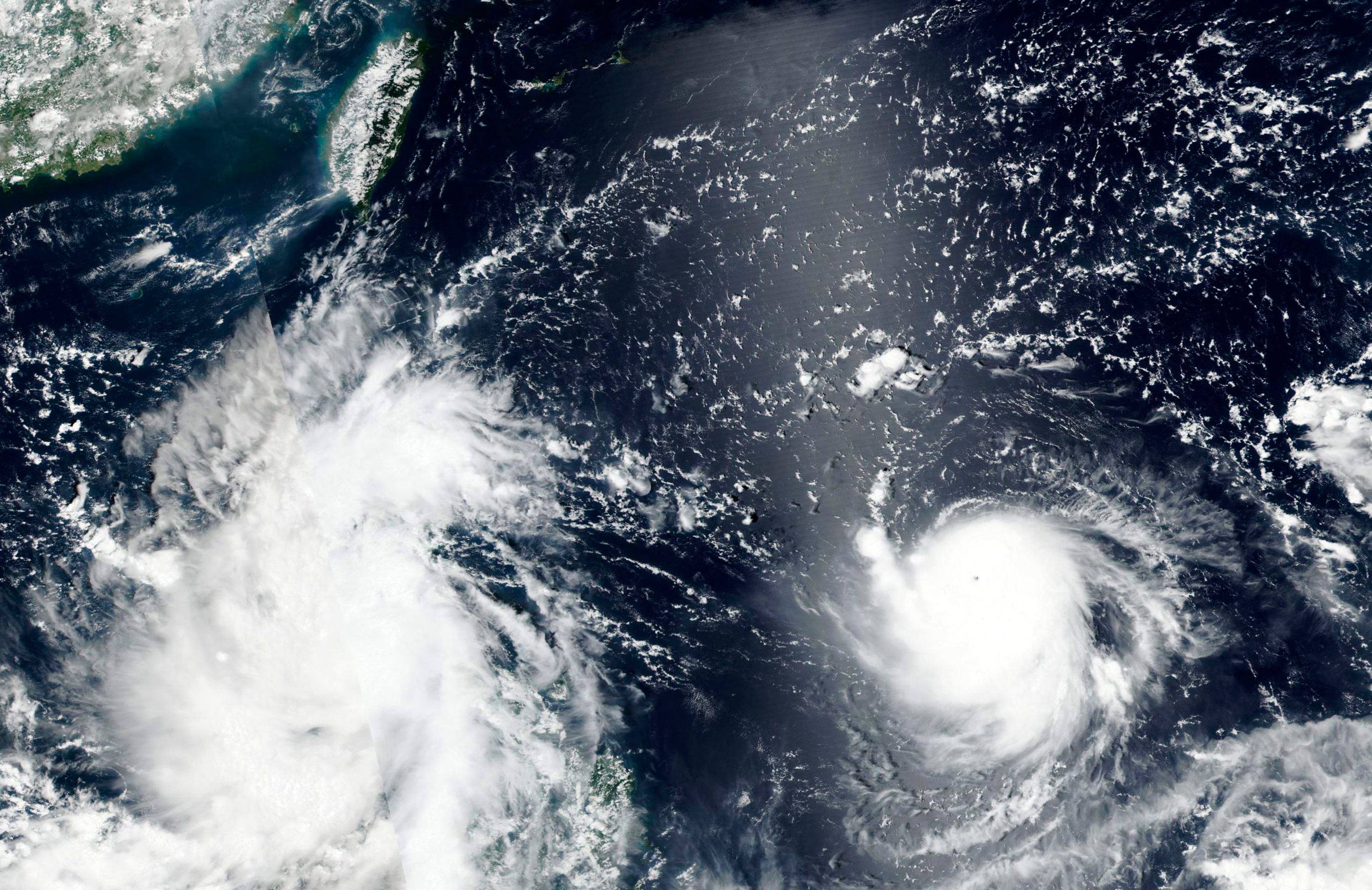 Chanthu is a very strong and destructive storm with sustained winds of 260 km/h as of Friday evening. This makes Chanthu equivalent in strength to a Category 5 Atlantic hurricane.

Chanthu formed on September 6, according to the Joint Typhoon Warning Centre (JTWC). The storm then underwent one of the most extreme bouts of rapid-intensification ever recorded, by increasing 80 knots in wind speed in just 24 hours on September 7.

Rapid intensification is when a storm gains at least 30 knots in wind speed within 24 hours.

Chanthu is the second storm of the year to reach super typhoon status, Surigae was the first back in April.

The super typhoon is passing just to the east and north of Luzon in the Philippines early Saturday morning, bringing with it heavy rainfall, severe winds, and coastal inundation.

Chanthu is known locally as Kiko in the Philippines. A Signal #3 warning was issued by PAGASA for far northeast Luzon on Friday as the storm tracked just offshore.

Portions of Luzon can expect torrential rainfall, typhoon-force winds of 171 to 220 km/h, and a storm surge of 1 to 2 meters through Saturday morning as the typhoon tracks to the north.

Throughout the day on Saturday, Chanthu is forecast to track north of Luzon and toward Taiwan while weakening some. The typhoon is forecast to have sustained winds of around 220 km/h prior to impacting Taiwan Saturday night into Sunday.

Weather conditions are expected to greatly diminish across Taiwan on Saturday as the storm approaches the southern coast. The island can expect widespread heavy rain of 200 to 300 mm with isolated totals of over 300 mm possible, storm surge, and destructive winds.

This amount of extreme rainfall could lead to flash flooding and mudslides in Taiwan's high terrain.

As Chanthu tracks along the east coast of Taiwan, the land interaction could weaken the system even further, however, the storm is expected to maintain winds of above 180 km/h through the weekend. These wind speeds are equivalent to a major Atlantic hurricane (Category 3 or higher).

The official forecast track has the system weakening as it tracks north toward China into early next week.

Chanthu could stall just off the coast of Shanghai by Monday or Tuesday, which would bring heavy rain to this region as well.

At the same time, in the South China Sea, Tropical Storm Conson is due to make landfall near Da Nang, Vietnam, overnight Saturday into Sunday morning. Vietnam has put 500,000 soldiers on standby ahead of its arrival.

The outer bands of the storm are already bringing thunderstorms and gusty winds to the region on Friday and weather conditions will continue to deteriorate across Vietnam on Saturday as the storm approaches the coast.

Although it is a much weaker storm than Super Typhoon Chanthu, Conson is still expected to have sustained winds of 75 km/h prior to landfall this weekend.

The Vietnamese government has also ordered vessels to stay in port and prepared evacuation plans, Reuters said, quoting state-run media. As many as 800,000 people in Vietnam's northern provinces could be affected by the storm's arrival, the fifth to make landfall in the country this year.

Conson is forecast to bring widespread rainfall of 100 to 200 mm to the region through Monday with isolated totals above 250 mm possible. This amount of rain could lead to flash flooding and mudslides across the mountainous terrain.

As the storm moved west into the South China Sea, all warnings were lifted for Luzon.