The fresh Turkish deployment came as officials from Turkey and Russia, who support opposing sides in Syria's nearly nine-year war, met in Ankara to discuss the fighting in the last major enclave of opposition to President Bashar al-Assad.

The escalation in Idlib has displaced more than half-a-million people and disrupted fragile co-operation between Russia and Turkey, which already hosts 3.6 million Syrians and fears another wave of refugees fleeing the latest offensive. 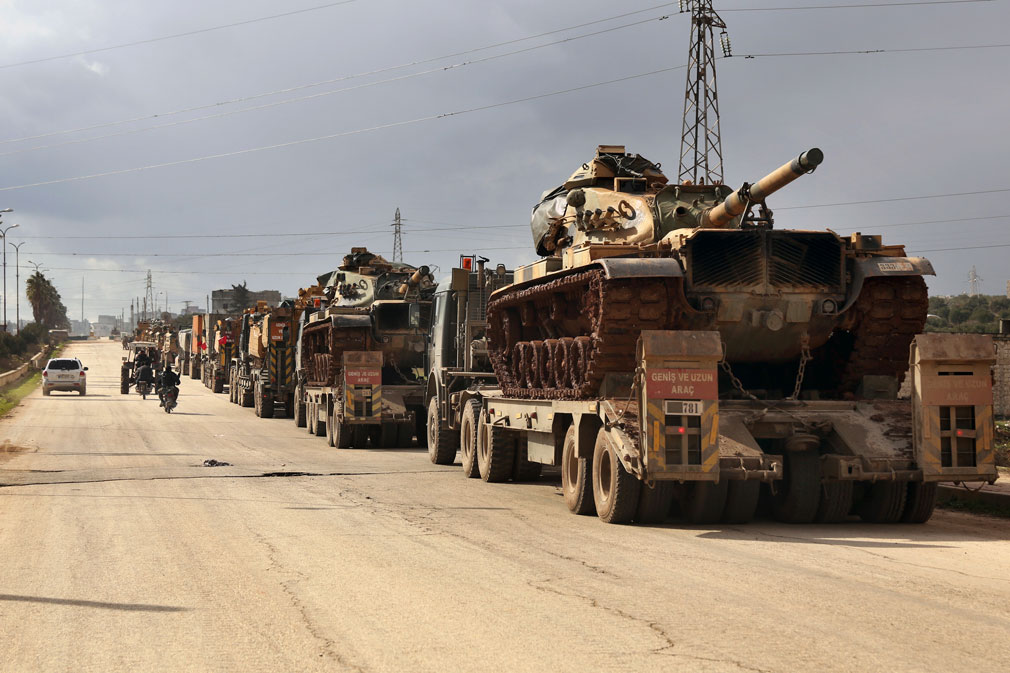 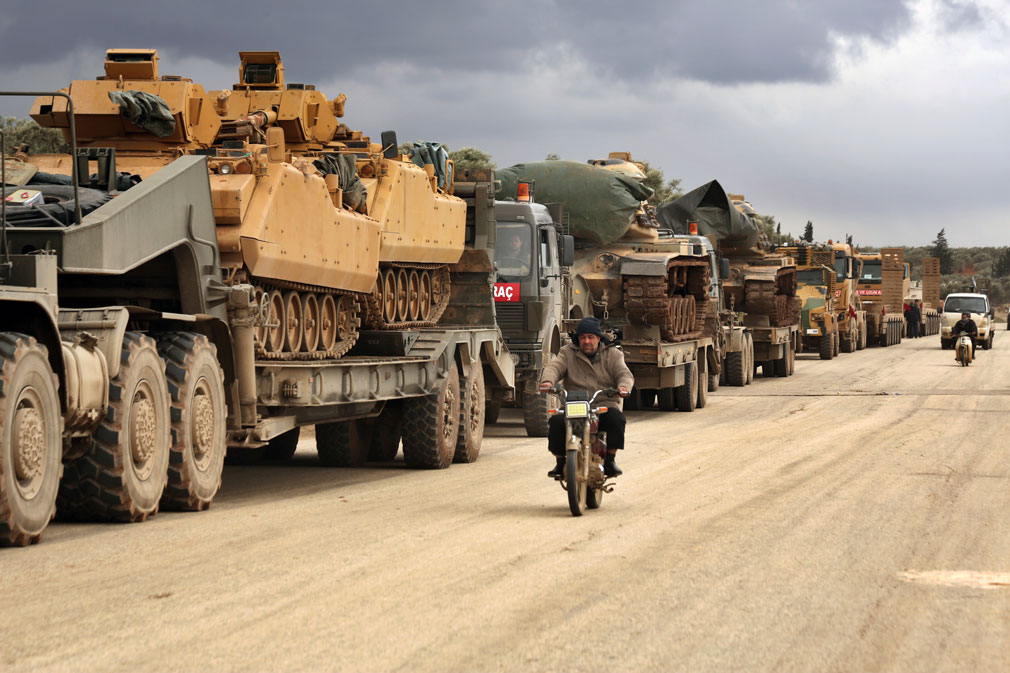 Turkish President Tayyip Erdogan, who backs some of the rebels who once aimed to topple Assad, threatened this week to repel the Russian-backed Syrian forces unless they withdraw from the region by the end of the month.

Despite the build-up of Turkish troops, Syrian government forces have pressed their advances and surrounded several observation posts that Ankara set up around a "de-escalation zone" agreed with Assad's backers in Moscow and Tehran in 2017.

Syrian state TV broadcast live on Saturday (local time) from the strategic town of Saraqeb, located at the junction of the two main highways in Idlib that government forces seek full control of, and lies less than 15km southeast of Idlib city.

It said the army had taken full control over the town.