Cars have been doused in pink fire retardant after a fire-fighting aircraft accidentally lost 2500 litres over a road and park in Canberra.

ACT Fire and Rescue said the aircraft had encountered turbulence about 3.30pm AEDT on Wednesday, causing the loss of the non-toxic retardant over Parkes Way, Rond Terrace and Anzac Parade. 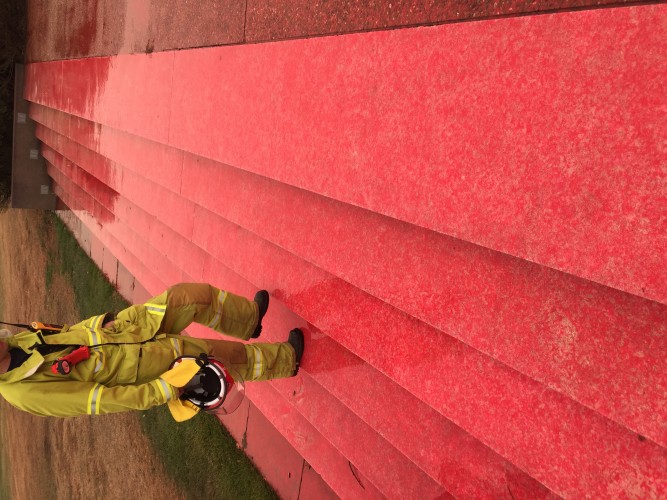 "A number of vehicles may have been covered with a light pink dust. Anyone who has been directly affected is advised to wash their vehicle down with water," said ACT Fire and Rescue.

"The retardant is non-toxic and there is no immediate risk to the health and safety of people or property.

"If irritation occurs seek medical advice at your GP or walk-in centre."

Members of the Environmental Protection Authority are currently on scene assessing the site.

Concerned residents affected by the accident can call Access Canberra on 13 22 81.