The US Geological Survey says a powerful magnitude 7.7 earthquake has struck south of Cuba and north-west of Jamaica.

A tsunami warning has been lifted after a powerful magnitude 7.7 earthquake struck between Cuba and Jamaica.

The quake was centred 117 kilometres north-west of Lucea, Jamaica and struck at a shallow depth of 10 kilometres.

The tsunami warning was issued by the International Tsunami Information Centre but later cancelled a few hours after the earthquake. 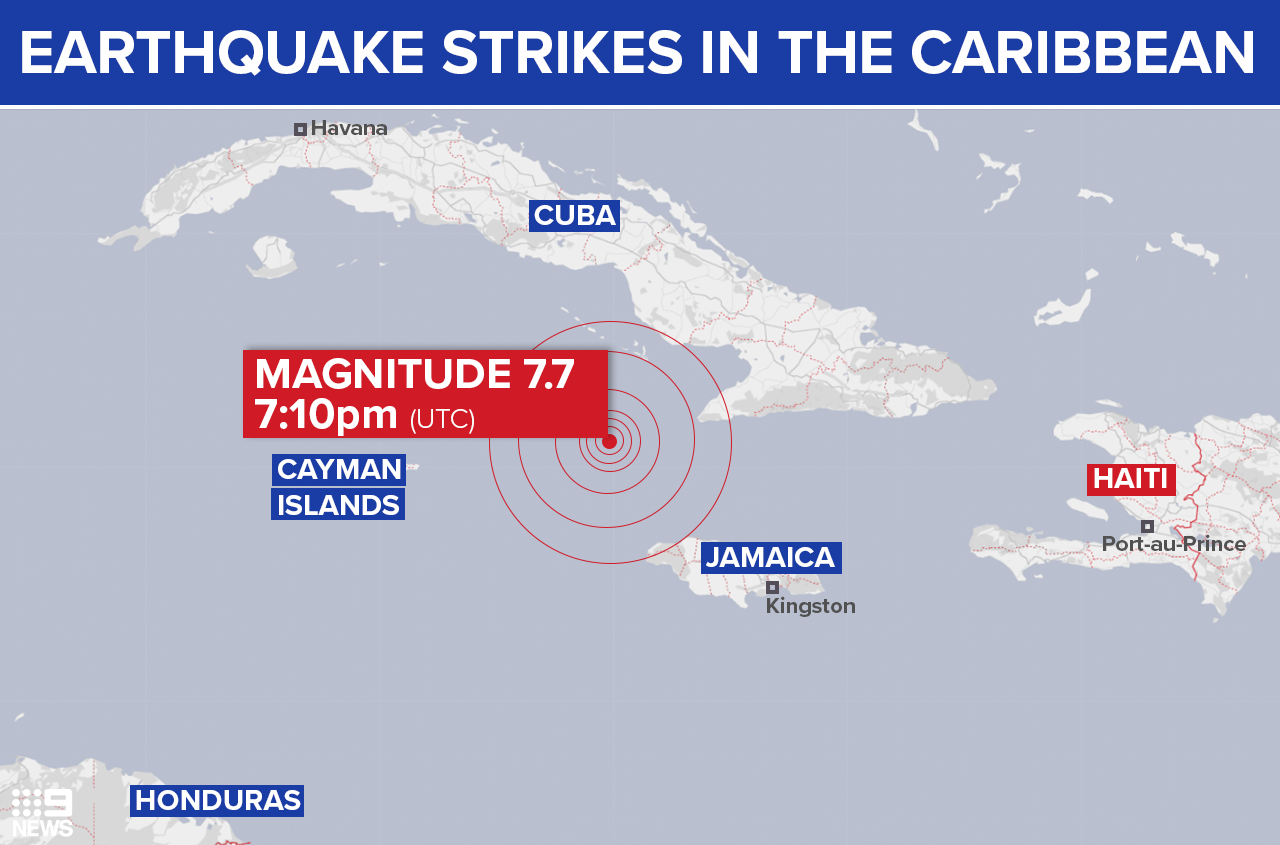 "Hazardous tsunami waves from this earthquake are possible within 300km of the epicentre along the coasts of Jamaica, Cayman Islands and Cuba," the initial warning said.

It's not immediately clear if there are damage or injuries.

The quake could be felt strongly in Santiago, the largest far-eastern Cuban city, said Belkis Guerrero, who works in a Catholic cultural centre in the center of Santiago.

"We were all sitting and we felt the chairs move," she said.

"We heard the noise of everything moving around."

She said there was no apparent damage in the heart of the colonial city.

"It felt very strong but it doesn't look like anything happened,'' she told the Associated Press.

It was also felt a little further east at the US Navy base at Guantanamo Bay, Cuba, on the southeastern coast of the island.

There were no immediate reports of injuries or damages, said J. Overton, a spokesman for the installation, which has a total population of about 6000 people. 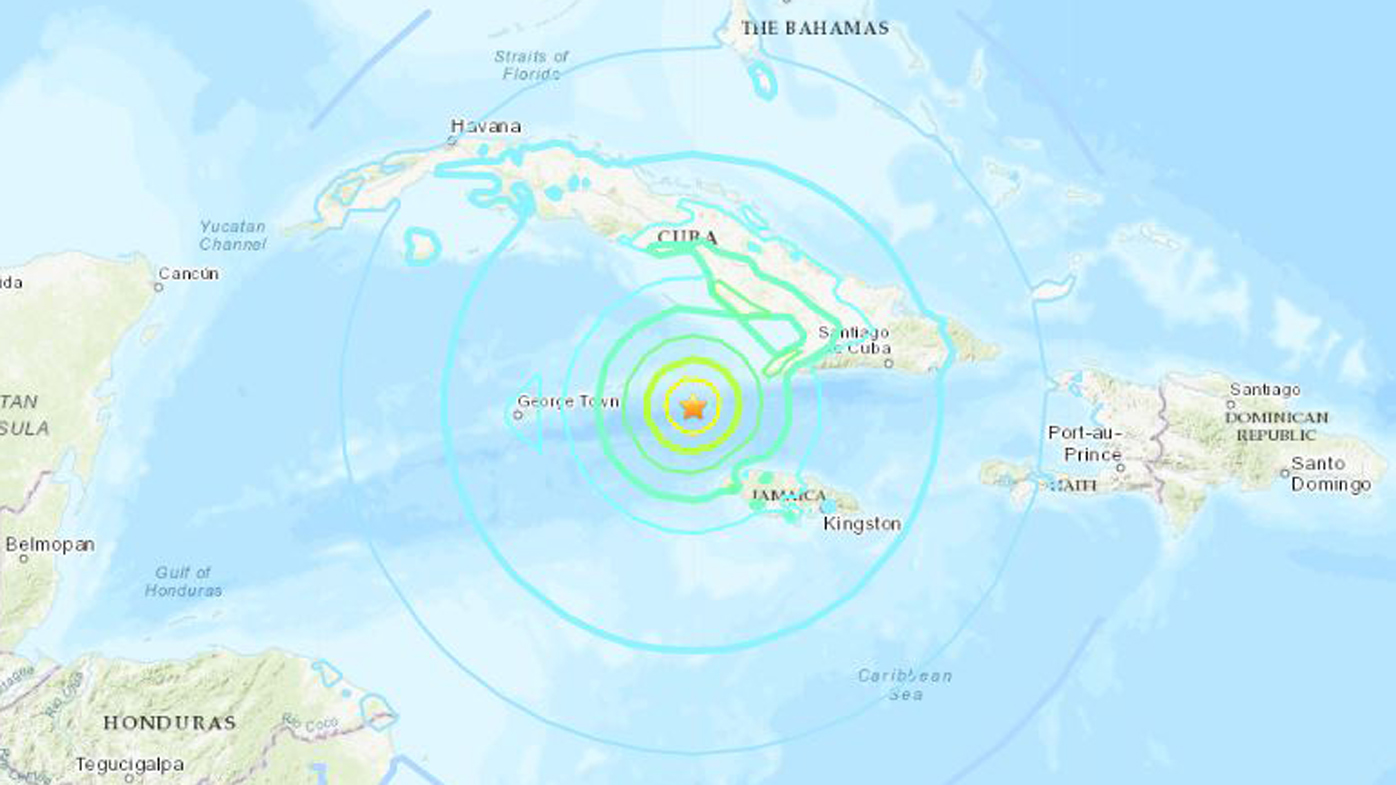 Several South Florida buildings were evacuated as a precaujtion, according to city of Miami and Miami-Dade County officials. No injuries or road closures hade been reported.

The quake also hit the Cayman Islands, leaving cracked roads and what appeared to be sewage spilling from cracked mains.

There were no immediate reports of deaths, injuries or more severe damage, said Kevin Morales, editor-in-chief of the Cayman Compass newspaper.

The islands see so few earthquakes that newsroom staff were puzzled when it hit, he said.

"'It was just like a big dump truck was rolling past,"' Morales said.

"Then it continued and got more intense."

The USGS initially reported the magnitude at 7.3.