President Donald Trump has reiterated his support for tighter abortion restrictions, pledging at the annual March for Life rally in Washington.

President Donald Trump has reiterated his support for tighter abortion restrictions, pledging at the annual March for Life rally in Washington that "unborn children have never had a stronger defender in the White House".

Mr Trump, making history as the first President to attend the event since it began nearly a half-century ago, looked to strengthen his ties to a key coalition of his political base, which he'll need as he seeks reelection this year. 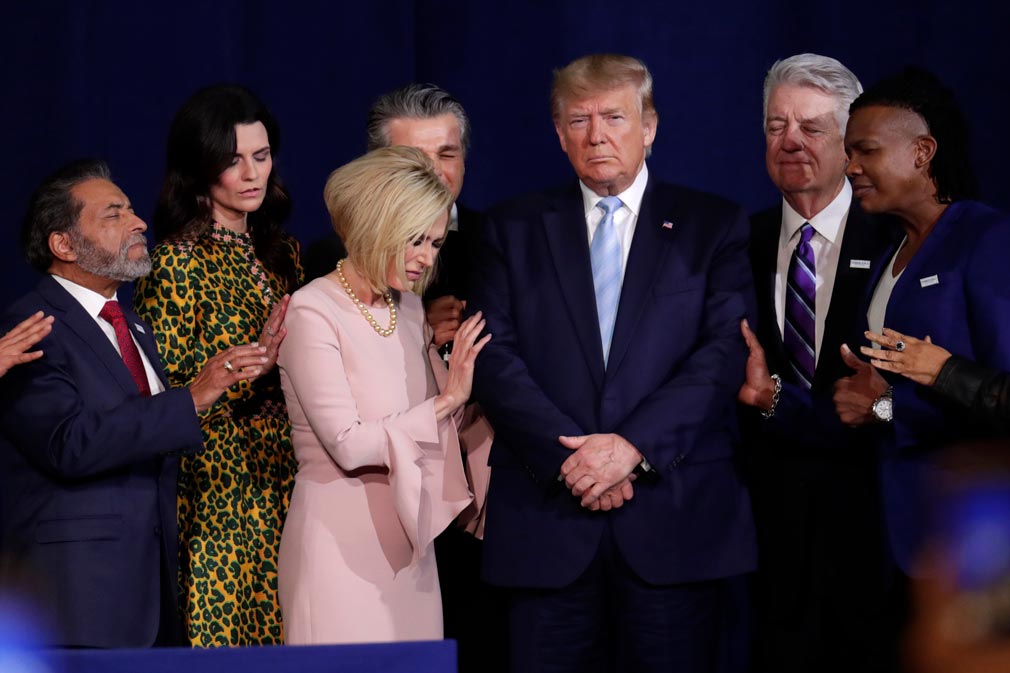 He used his remarks to not only express support for the movement but to paint those supportive of looser abortion laws as radicals, often employing language that mischaracterised the views of most Democrats.

"Together we are the voice for the voiceless," Mr Trump said.

"When it comes to Democrats – and you know this – you've seen what's happened. Democrats have embraced the most radical and extreme positions taken and seen in this country for years and decades and you can even say for centuries.

"The Trump administration has consistently worked to regulate or restrict abortion access, appointed two Supreme Court justices seen as holding anti-abortion views and on Friday announced it will take legal action against California over the state's mandate that insurers, including private health insurance policies, cover abortions."

The march aligns with the week of the 47th anniversary of Roe v. Wade this year, as per tradition, in an anti-abortion response to the landmark 1973 Supreme Court case that legalised abortion nationwide.

The event was founded in 1974 by anti-abortion activist Nellie Gray, and typically attracts about 100,000 participants hailing from across the country.

The plan is to continue the event until Roe is overturned, according to the march's organisers. 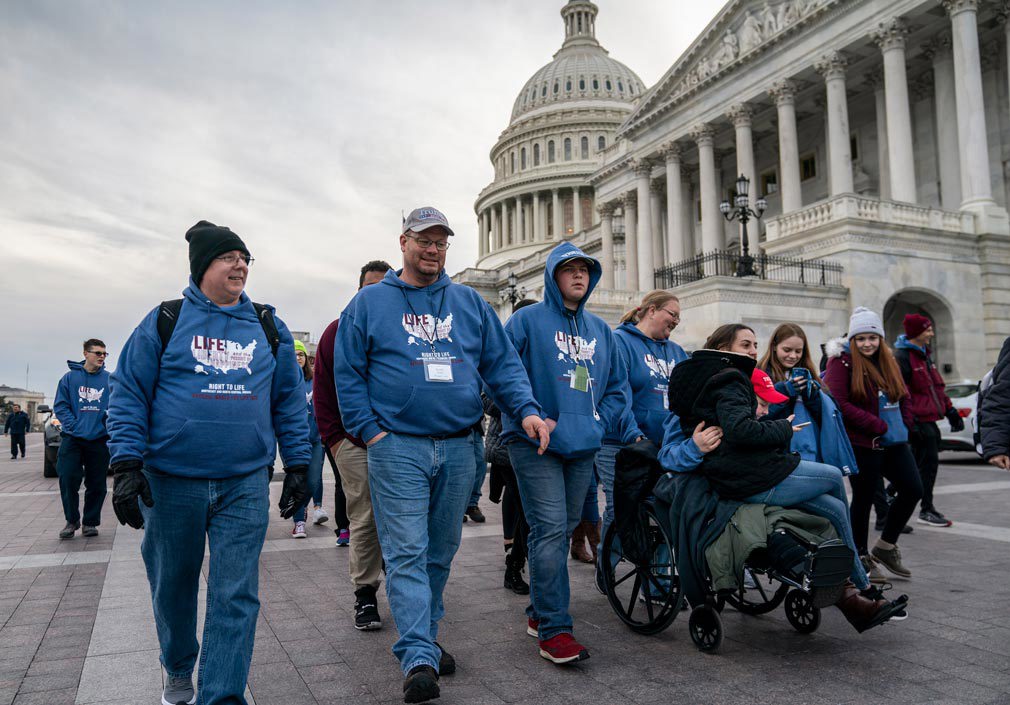 Mr Trump regularly discusses the need to restrict abortion rights on the campaign trail and has taken numerous actions in office to do so.

Since taking office in 2017, Mr Trump has reinstated a ban on US government funding for international non-governmental organisations that perform or promote abortions, appointed anti-abortion judges and opposed abortions later in pregnancy.

The Department of Health and Human Services has also advanced multiple measures to regulate or restrict abortion access, some with the professed aim of protecting health care providers' religious freedom, during his tenure.

The Mr Trump campaign will also create another anti-abortion rights coalition going into the 2020 election, as it did in 2016, to be helmed again by anti-abortion group Susan B. Anthony List President Marjorie Dannenfelser, the group's national spokeswoman announced on the eve of the march.

The march has enjoyed support from multiple Republican administrations in the past and Mr Trump's has been no different.

In 2017, Vice President Mike Pence and White House counsellor Kellyanne Conway both spoke at the event, with the vice president doing so again in 2019.

Former presidents have made telephone calls in to the march, with both Ronald Reagan and George W. Bush addressing the event via phone.