US President Donald Trump’s team has made it clear they will not immediately accept the election result if Joe Biden is soon declared victorious in crucial states where he now leads the count.

US President Donald Trump's team has made it clear they will not immediately accept the election result if Joe Biden is soon declared victorious in crucial states where he now leads the count.

"This election is not over," Trump 2020 campaign general counsel Matt Morgan said in statement this morning.

"The false projection of Joe Biden as the winner is based on results in four states that are far from final."

It came after Biden took a narrow lead in Georgia and Pennsylvania.

Georgia officials have confirmed there will be a recount. The count in Pennsylvania is still underway.

If Biden is victorious in Georgia, Trump will need to win every single other undecided state to force a draw in the race to the White House. If he loses Pennsylvania, there is no way for Trump to retain the presidency.

Morgan reiterated that the Trump campaign would dispute the results in multiple states if Biden claims ultimate victory.

He repeated so-far unfounded claims of illegal behaviour in Pennsylvania, and said the campaign also believes Trump will win Nevada and Arizona.

"Biden is relying on these states for his phoney claim on the White House, but once the election is final, President Trump will be re-elected," Morgan says.

Some Republicans break away from Trump

Meanwhile, some Republican lawmakers are criticising Trump's unsupported claim that Democrats are trying to "steal" the election, saying the president's comments undermine the US political process and the bedrock notion that all Americans should have their vote counted.

Senator Pat Toomey of Pennsylvania, whose state is a key battleground in the presidential election, said Friday he had seen no evidence to support Trump's claim Thursday evening of fraud in balloting.

"The president's speech last night was very disturbing to me because he made very, very serious allegations without any evidence to support it," Toomey told CBS This Morning.

READ MORE: Live updates and the latest US election news

Trump, who has complained for weeks about mail-in ballots, escalated his allegations late Thursday, saying at the White House that the ballot-counting process is unfair and corrupt. Trump did not back up his claims with any details or evidence, and state and federal officials have not reported any instances of widespread voter fraud.

Rep. Adam Kinzinger, a Republican from Illinois, tweeted that the president's claims of fraud are "getting insane." If Trump has "legit" concerns about fraud, they need to be based on evidence and taken to court, Kinzinger said, adding, "STOP Spreading debunked misinformation." 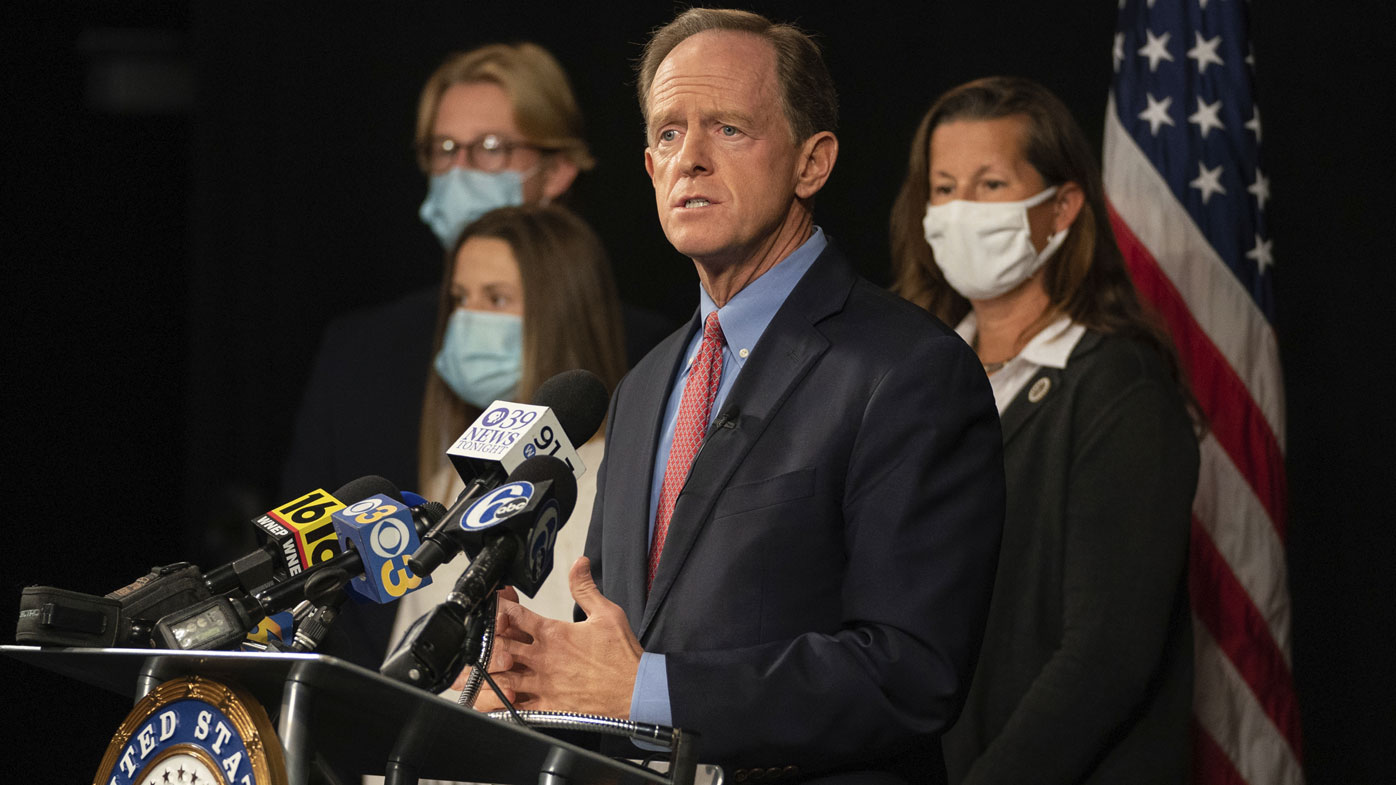 Maryland GOP Gov. Larry Hogan, a potential 2024 presidential hopeful who has often criticised Trump, said unequivocally: "There is no defence for the President's comments tonight undermining our Democratic process. America is counting the votes, and we must respect the results as we always have before."

"No election or person is more important than our Democracy," Hogan said on Twitter.

Other criticism, though less direct, came from members of Congress. Sen. Marco Rubio, a Florida Republican who spoke at a recent Trump campaign rally, said in a tweet that if any candidate believes "a state is violating election laws they have a right to challenge it in court & produce evidence in support of their claims.''

Rubio said earlier: "Taking days to count legally cast votes is NOT fraud. And court challenges to votes cast after the legal voting deadline is NOT suppression."

If any irregularities are alleged, "they will be investigated and ultimately resolved in the courts,″ Romney tweeted. "Have faith in democracy, our Constitution and the American people."

The comments by the Republican lawmakers and other GOP leaders were rare, public rebukes of Trump, who has demanded — and generally received — loyalty from fellow Republicans throughout his four-year term. Most in the GOP take pains to avoid directly criticising Trump, even when they find his conduct unhelpful or offensive to their values and goals.

Trump's tweets earlier Thursday declaring victory and calling for officials to "STOP THE COUNT" were a test of how strongly he can keep Republicans in line as he tries to challenge the voting process in court.

Before Trump's speech in the White House briefing room, several Republicans challenged his attempts to halt vote-counting in Pennsylvania and other battleground states.

Sen. Lisa Murkowski, R-Alaska, urged "everyone to be patient'' as results come in. "It is critical that we give election officials time to complete their jobs, and that we ensure all lawfully cast ballots are allowed and counted,'' she said in a statement.

Rep. Will Hurd, a Texas Republican who did not seek reelection, called Trump's comments about corruption "dangerous" and "wrong.'' Trump's remarks undermine the US political process and "the very foundation this nation was built upon,'' Hurd said.

While Biden was close Friday to the 270 Electoral College votes needed to win the White House, it was unclear when a national winner would be determined after a long, bitter campaign dominated by the coronavirus pandemic and its effects on Americans and the national economy. 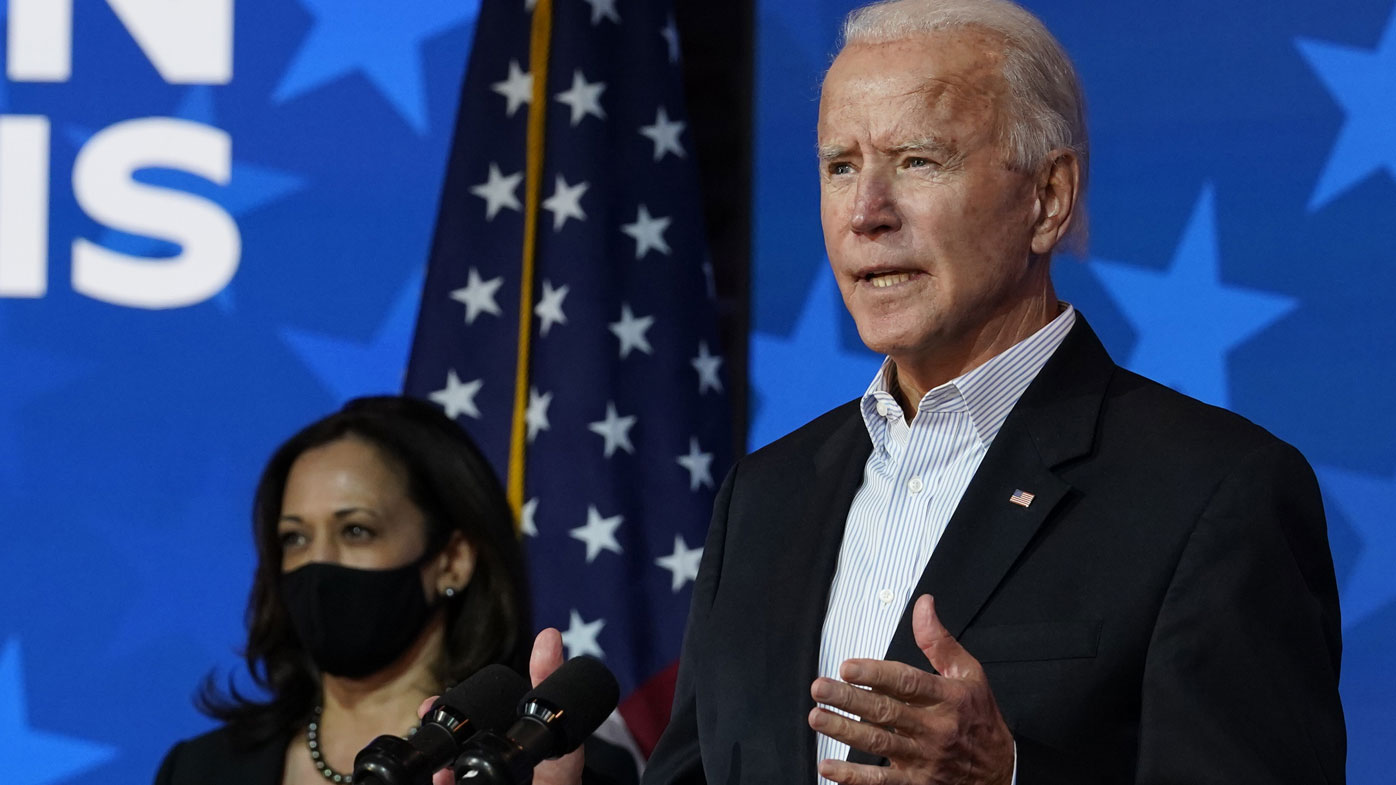 Democratic Sen. Chris Murphy of Connecticut told The Associated Press Thursday he hopes Republicans step up their response to Trump's unsubstantiated claims. While Republicans may want to give Trump time to "make his arguments," when it becomes clear that claims are without basis, "My hope is that Republicans will put public and private pressure on him," Murphy said.

But one of Trump's top congressional supporters said he supports efforts to question the vote counting process and is donating money to shore up legal challenges. Sen. Lindsey Graham, R-S.C., said on Fox News Thursday night he would donate US $500,000 ($687,600) to the president's "legal defence fund" and urged people to go to the Trump campaign's website to pitch in.

In remarks Wednesday at the White House, Trump baselessly claimed victory and alleged "major fraud on our nation" as state election officials continued counting ballots amid a huge increase in voter turnout. 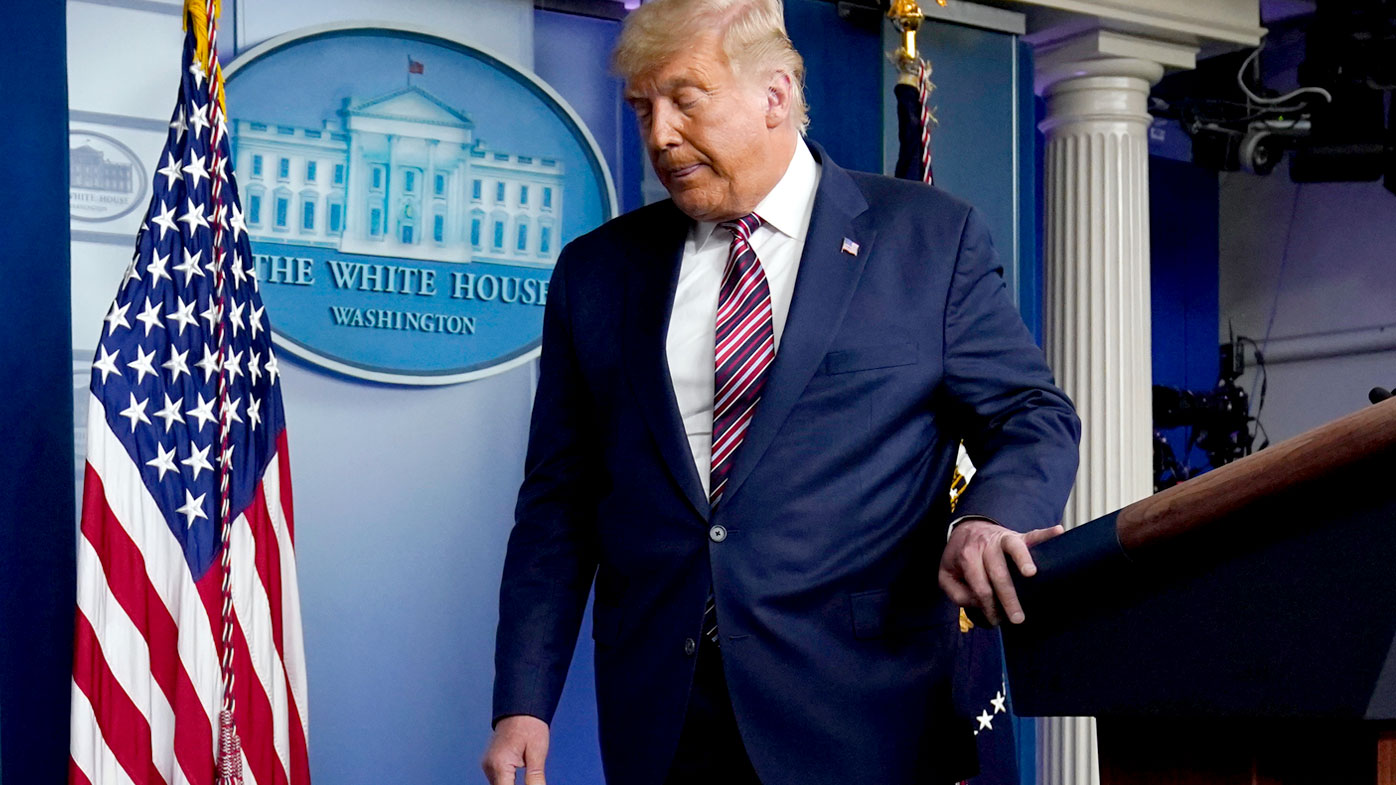 Former New Jersey Gov. Chris Christie, a Trump ally who is an analyst for ABC News, said there was no basis for Trump's argument. Christie called Trump's attack on the integrity of the election "a bad strategic decision" and "a bad political decision, and it's not the kind of decision you would expect someone to make ... who holds the position he holds."

Trump's family, never shy about expressing their support, took to Twitter to question why GOP lawmakers were not rushing to the president's defence. "Where are Republicans! Have some backbone. Fight against this fraud. Our voters will never forget you if your sheep!" Trump's son Eric tweeted.

Sen. Rob Portman, R-Ohio, said states administer U.S. elections, not the federal government. "We should respect that process and ensure that all ballots cast in accordance with state laws are counted. It's that simple," Portman said in a statement.