US President Donald Trump has responded to widespread criticism for his failure to condemn the far-right group The Proud Boys in the first presidential debate, and said they should ‘stand down’.

US President Donald Trump has responded to widespread criticism for his failure to condemn the far-right group The Proud Boys in the first presidential debate, and said they should 'stand down'.

Mr Trump failed to condemn white supremacist groups and their role in violence in some American cities this summer in the debate with Democratic challenger Joe Biden, branding it solely a "left-wing" problem and telling one far-right extremist group to "stand back and stand by." 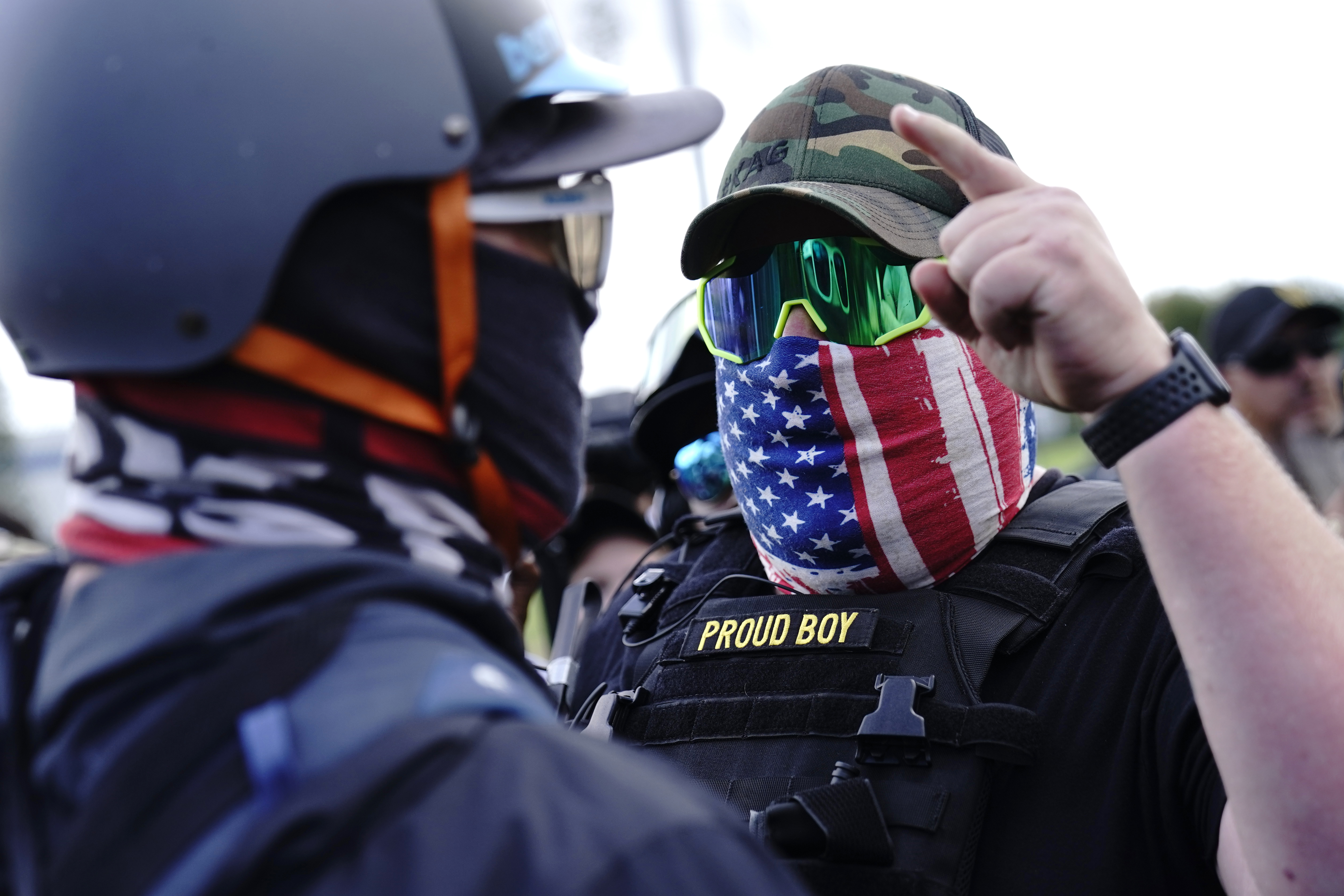 "Almost everything I see is from the left wing, not from the right wing," Mr Trump said, whose exchange with Mr Biden left the extremist group Proud Boys celebrating what some of its members saw as tacit approval.

He was responding to a question from debate moderator Chris Wallace, who asked the president if he would condemn white supremacist and militia groups that have shown up at some protests. Wallace specifically mentioned Kenosha, Wisconsin, where a white teenager was charged with killing two protesters during demonstrations over the police shooting of Jacob Blake, a Black man. Mr Trump has repeatedly blamed "antifa," which stands for the anti-fascist movement. "I'm willing to do anything. I want to see peace," Mr Trump said. "What do you want to call them? Give me a name."

"Proud Boys," Democrat Joe Biden chimed in, referencing a far-right extremist group that has shown up at protests in the Pacific Northwest. The male-only group of neo-fascists describes themselves as "western chauvinists," and they have been known to incite street violence.

READ:  Hot in northern Australia but cooler and damp in southern states 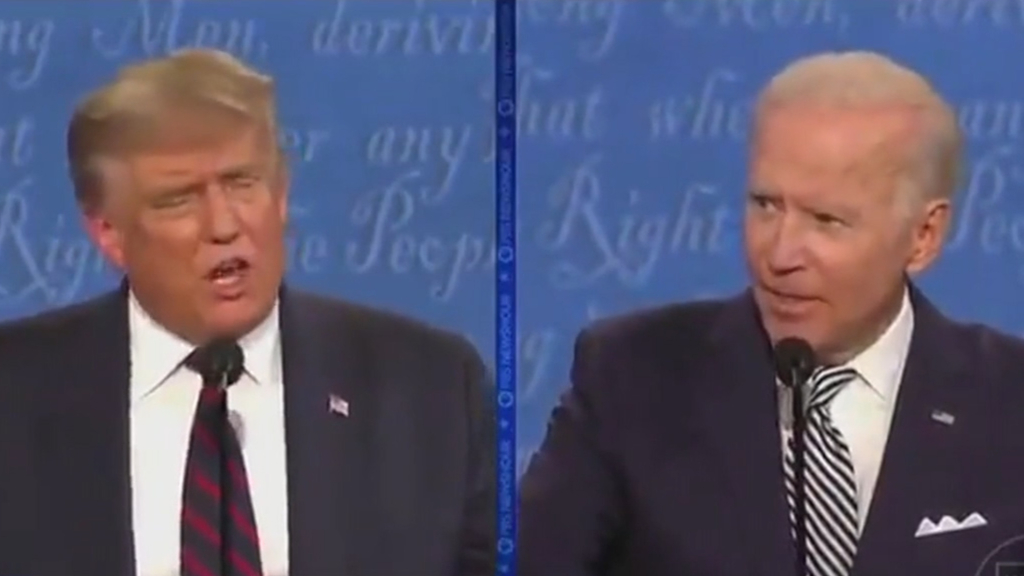 Facing widespread criticism for his failure to condemn the group, Mr Trump said today: "I don't know who the Proud Boys are." He added, "Whoever they are, they have to stand down. Let law enforcement do their work."

FBI Director Christopher Wray told a congressional panel last week that white supremacists and anti-government extremists have been responsible for most of the recent deadly attacks by extremist groups within the US.

Mr Trump, a Republican, has tried to tie incidents of violence that have accompanied largely peaceful protests to Mr Biden and the Democrats, running on a "law and order" message that warns people won't be safe under a Democratic president. It's a message aimed squarely at white suburban voters, including women who voted for Trump in 2016 but may not do so again. 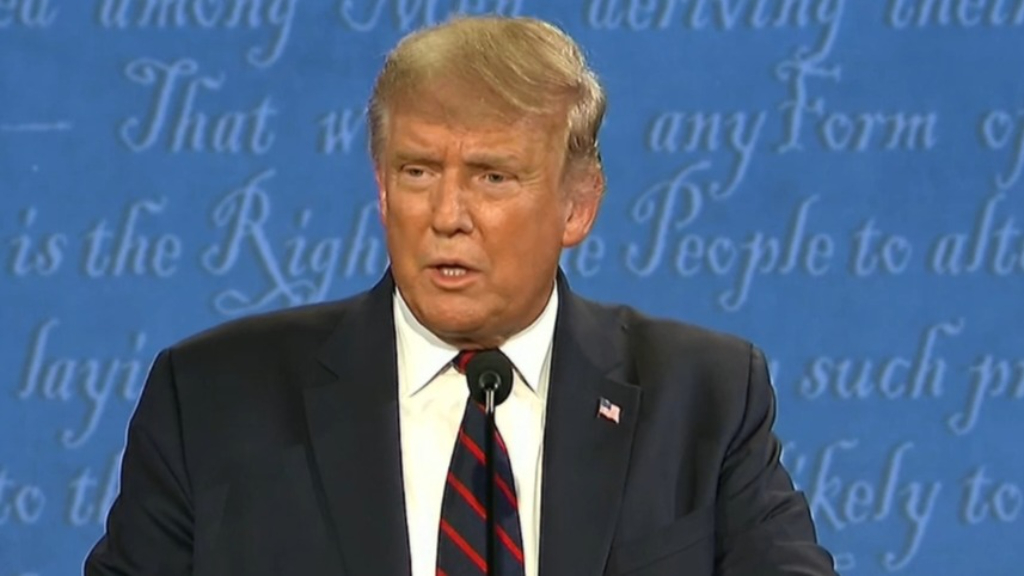 "What we saw was a dog whistle through a bullhorn," California Senator Kamala Harris, Mr Biden's running mate, said on MSNBC after the debate. "Donald Trump is not pretending to be anything other than what he is: Someone who will not condemn white supremacists."

Proud Boys leaders and supporters later celebrated the president's words on social media. A channel on Telegram, an instant messaging service, with more than 5000 of the group's members posted "Stand Back" and "Stand By" above and below the group's logo.

Mr Biden has said he decided to run for president after Mr Trump said there were "very fine people" on both sides of a 2017 protest led by white supremacists in Charlottesville, Virginia, where a counterprotester was killed.

Mr Trump said Tuesday that Mr Biden was afraid to say the words "law and order" and pressed him to give examples of law enforcement groups that back his campaign.  Mr Biden didn't name any, but said he's in favour of "law and order with justice, where people get treated fairly."

Mr Biden called antifa "an idea, not an organisation." That's similar to how Mr Wray described it, though Mr Trump has called on the federal government to characterise antifa as a terrorist organisation.