President Donald Trump has welcomed NASCAR fans to the start of this year’s Daytona 500 with a lap around the Florida race track in his presidential limousine.

President Donald Trump has welcomed NASCAR fans to the start of this year's Daytona 500 with a lap around the Florida race track in his presidential limousine.

"There is no greater thrill than to join you at the world center of racing for the 62nd Daytona 500 – so exciting," Mr Trump said in opening remarks to the crowd.

"To all of the drivers, technicians and pit crews here today, good luck and may the best team win. 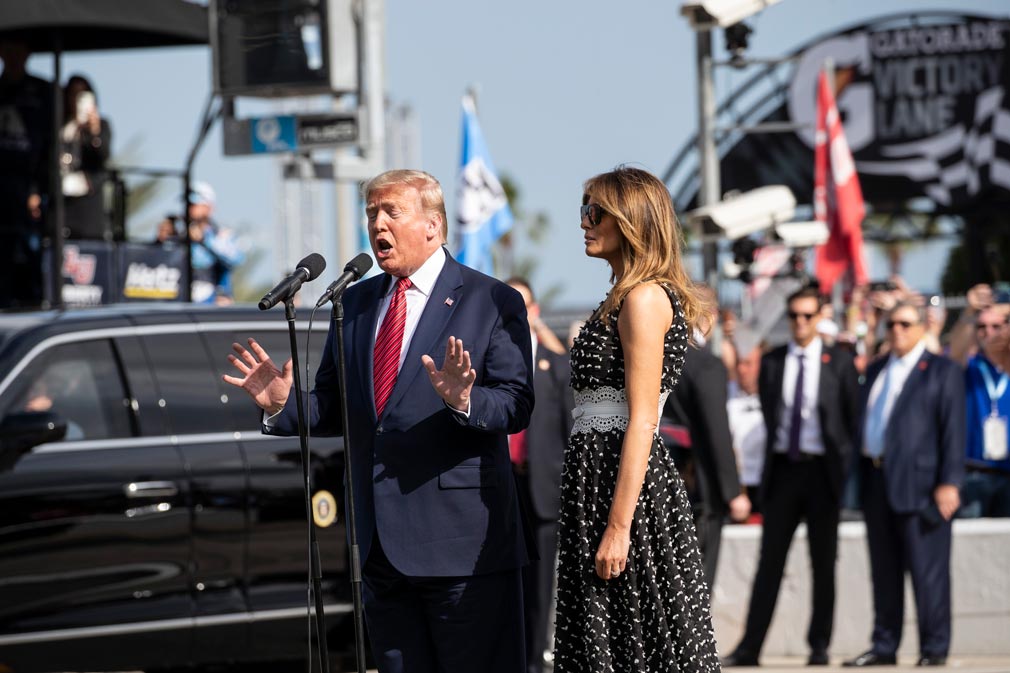 Mr Trump also thanked Gold Star families, who were in attendance at the race, "whose loved ones made the supreme sacrifice to honour our freedom and our flag".

"Your fallen warriors will live in our hearts forever," he said, before thanking new military enlistees who "took a solemn oath to put their lives on the line for our country".

A portion of the presidential motorcade took a lap around the track before pulling aside just before the start of the race. The first couple was riding the car known as "The Beast". 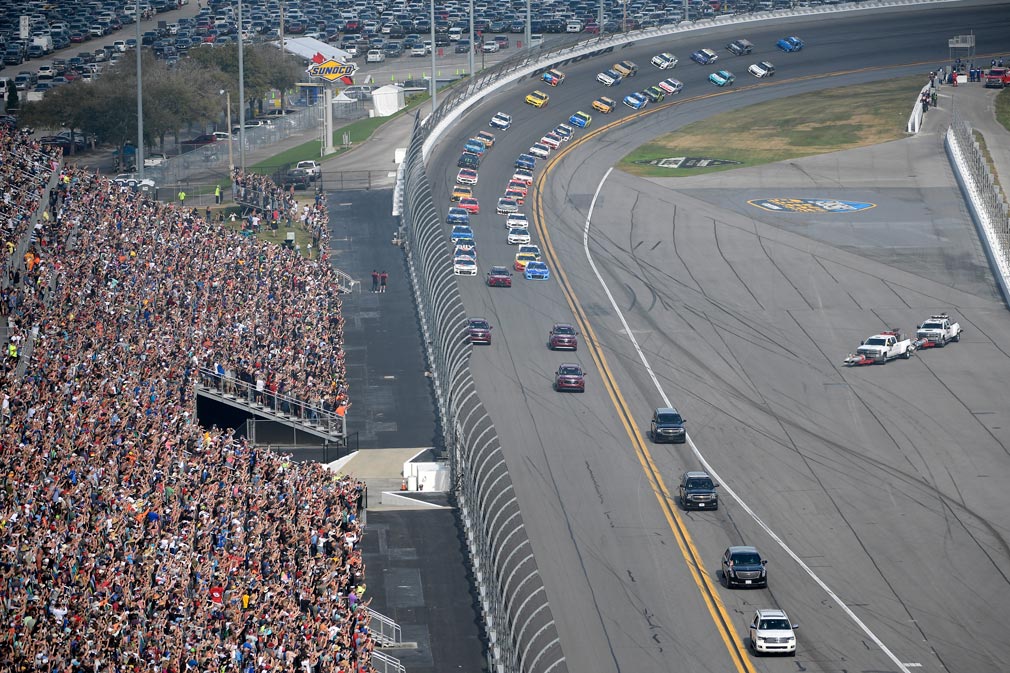 Mr Trump also served as the Grand Marshal, commanding: "Gentlemen, start your engines". He is the second American president to do so, behind George W. Bush who attended the Daytona 500 in 2004.

Multiple people associated with NASCAR, manufacturers and race teams made versions of the same joke repeatedly over the past two days, saying that "it's starting to feel more like a race is breaking out at a Trump rally than the other way around".

The tone in which the joke was delivered varied, according to CNN's Dianne Gallagher.

In some cases, the people making the joke were supportive of the President and said it with some reverence, while others were frustrated either by the President seemingly overshadowing the biggest race of the year or because they disagreed with him being at the race for political reasons.

Considered the Super Bowl of stock car racing, the Daytona 500 has served as the NASCAR season opener since 1982. 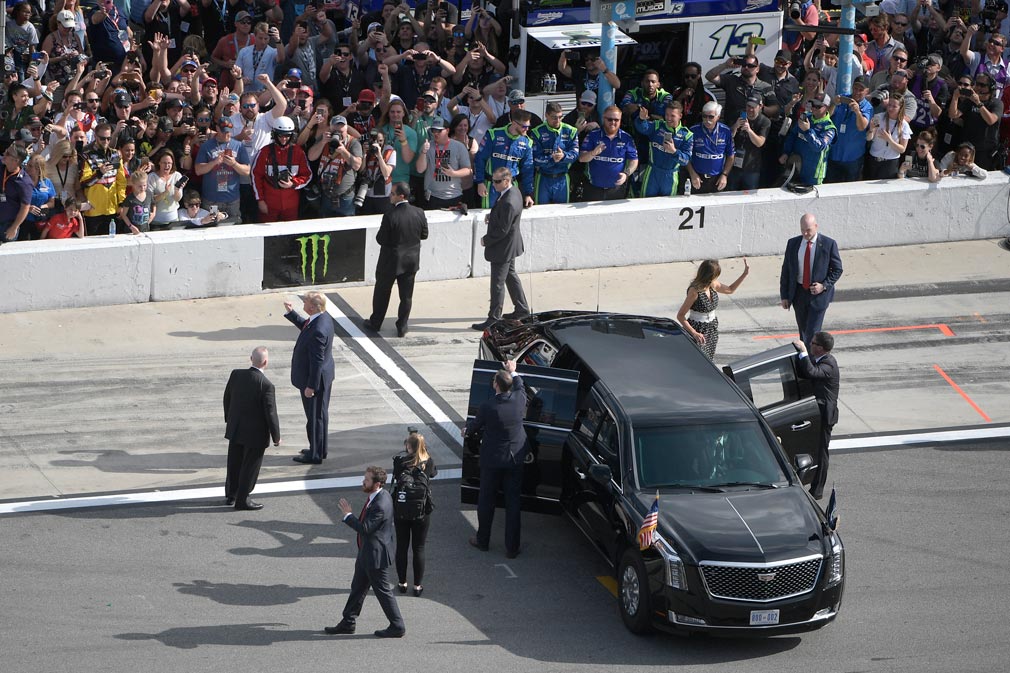 The 200-lap, 805km-long race will feature 40 drivers on the track of the Daytona International Speedway in Daytona Beach, Florida. The winner takes home a replica of the Harley J. Earl Trophy and about $1.5 million.