Supporters of President Donald Trump clashed with counter-protesters in San Diego yesterday, prompting police to declare the gathering an unlawful assembly because of acts of violence.

Supporters of President Donald Trump clashed with counter-protesters in the US city of San Diego yesterday, prompting police to declare the gathering an unlawful assembly because of acts of violence.

Officers were hit with rocks, bottles and eggs, police said, and the crowd directed pepper spray at them.

READ MORE: Will Trump be impeached?

KSWB-TV tweeted video of counter demonstrators, most of them dressed in black and waving an antifa flag, throwing a folding chair and spraying a chemical irritant at a smaller group of people participating in the march on the Pacific Beach boardwalk. 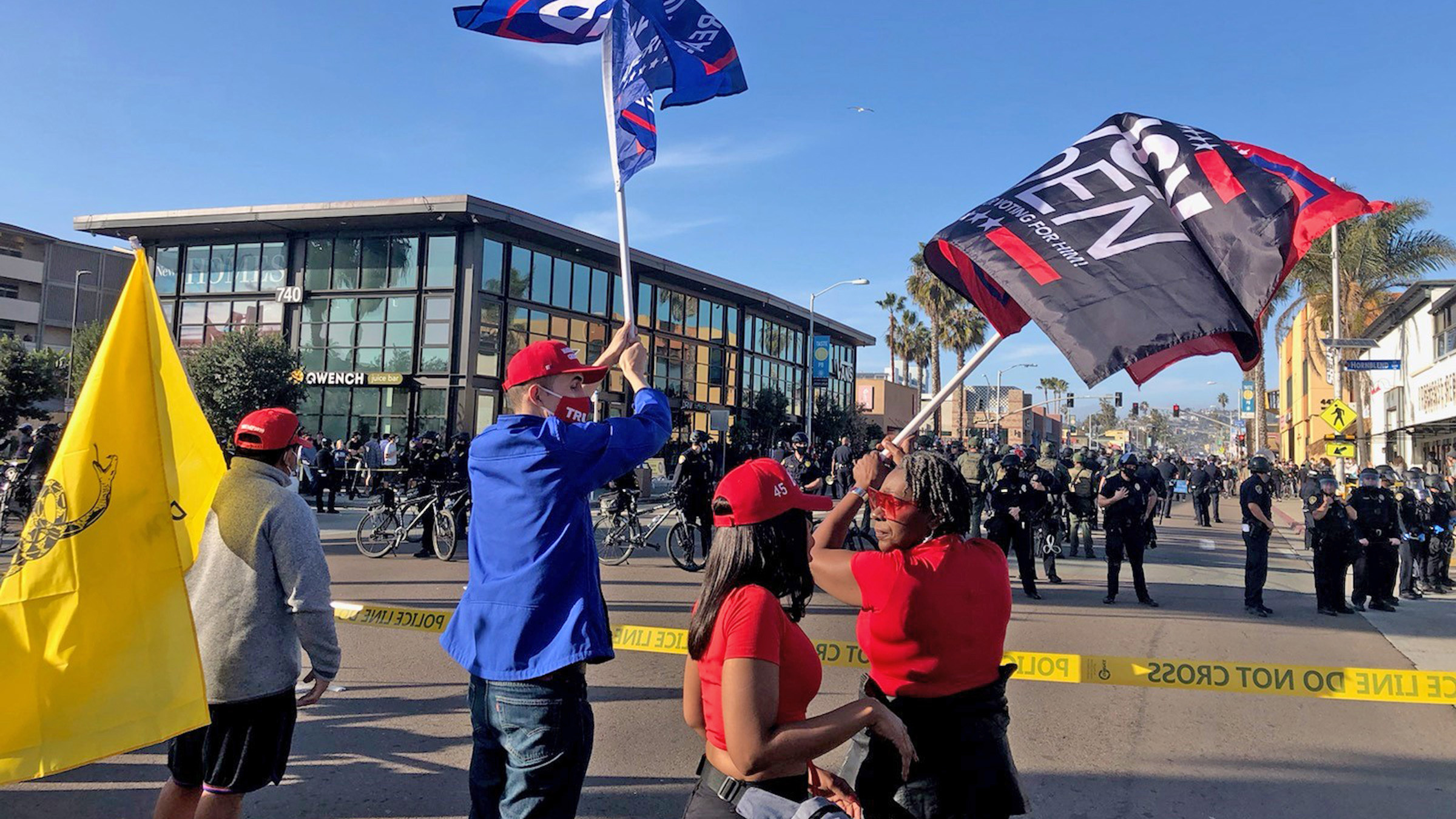 The station said in other instances, members of both groups shoved and threw objects at one another.

Police sent in dozens of officers in riot gear to separate the two groups. Police asked residents to stay away from the area and warned that those who refused to disperse may be cited or arrested. 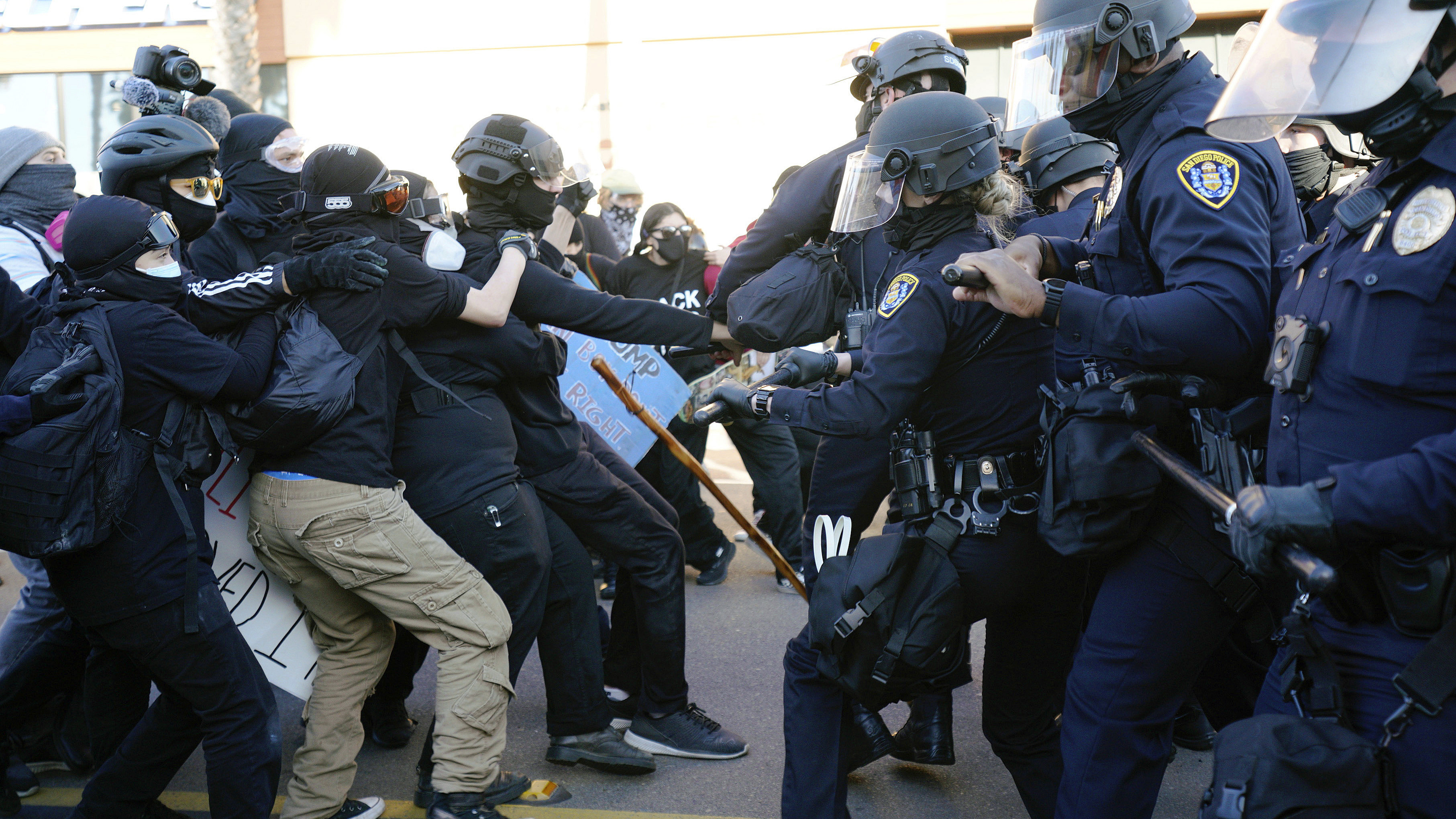 The violence in San Diego follows in the wake of a violent riot at the US Capitol last week, where a mob of Trump supporters breached congressional security and interrupted the process of certifying President-elect Joe Biden's victory.

Five people, including a San Diego woman who was among the rioters trying to enter the Capitol, died in the chaos.

Democratic leaders in the US are still discussing whether they will seek to have Trump impeached over his role in inciting the Capitol riot.