The US President has lauded his nation’s economic boom at a global forum of business leaders while youth activists have told them they are not doing enough to address the climate emergency.

President Donald Trump has sought to sell the United States to the global business community, telling an economic conference in the Swiss Alps that America's economic turnaround has been "nothing short of spectacular".

Trump today addressed the annual World Economic Forum in Davos, Switzerland, hours before his historic impeachment trial was to reconvene in the US Senate in Washington.

Trump reminded the audience that when he spoke here two years ago, early in his presidency, "I told you that we had launched the great American comeback." 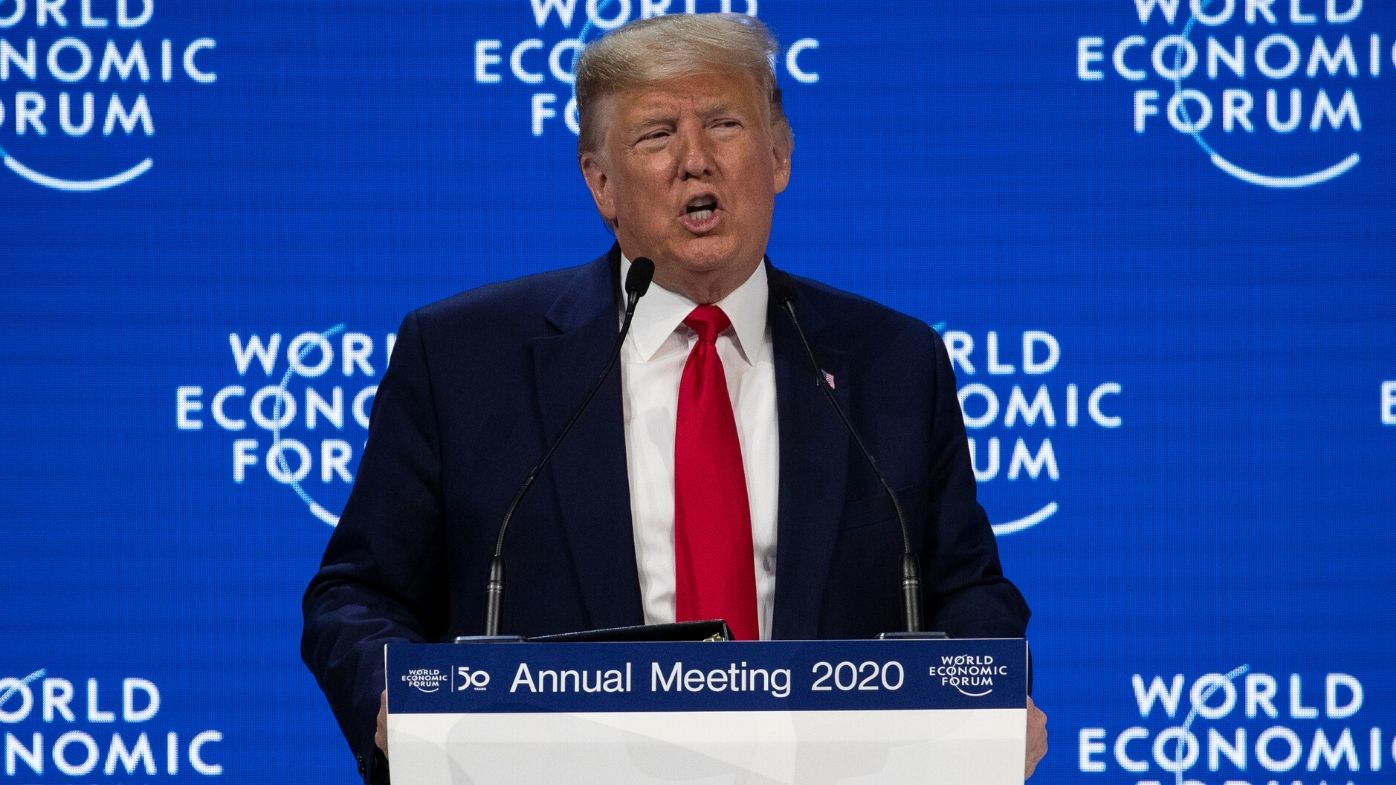 "Today I'm proud to declare the United States is in the midst of an economic boom, the likes of which the world has never seen before," the president said.

Trump's participation in the annual gathering of political and business elites in the Alpine ski resort will provide a conspicuous split-screen moment in a presidency familiar with them.

The two-day Swiss visit will test Trump's ability to balance his anger over being impeached with a desire to project leadership on the world stage.

Speculation had mounted that Trump would cancel the trip due to the Senate trial, but aides said he remains focused on producing results for the American people. 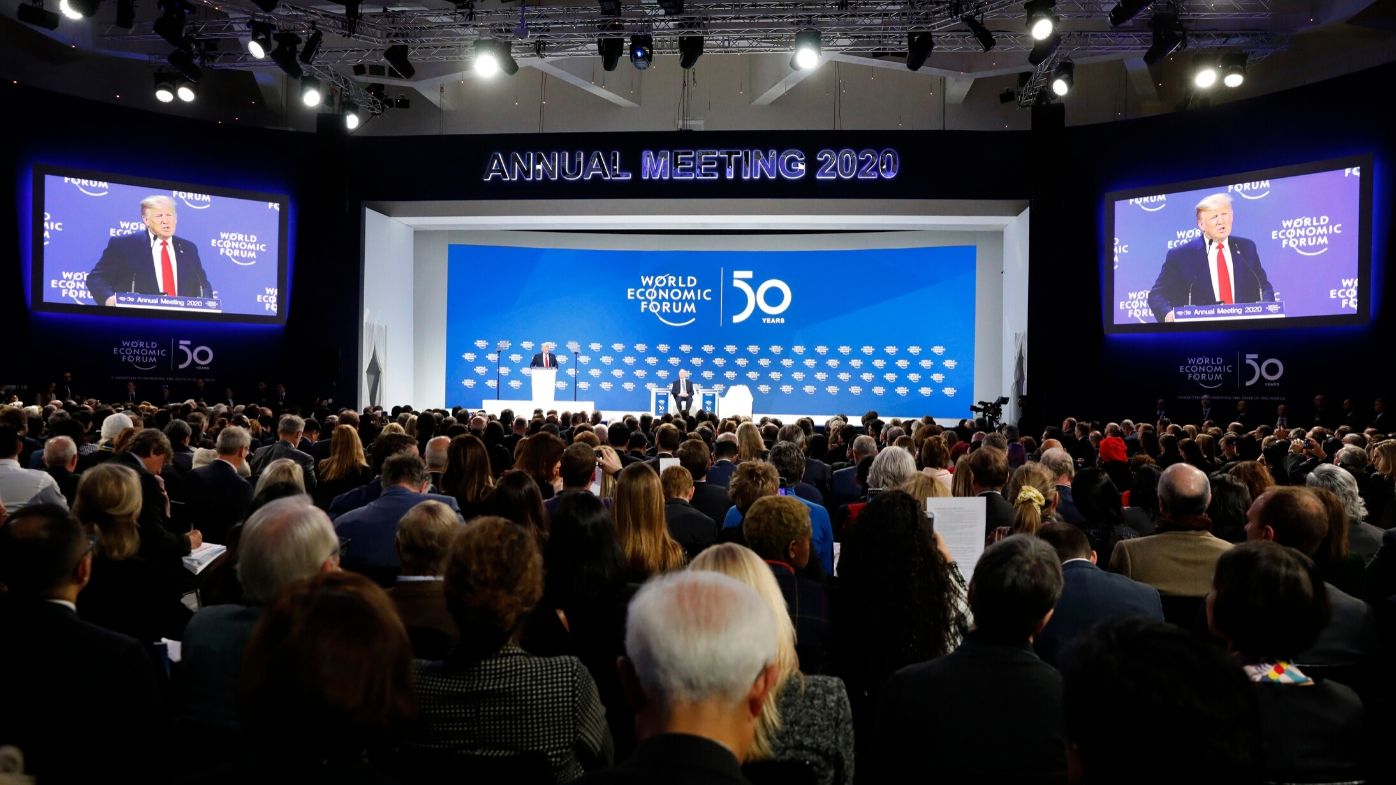 "America is thriving. America is flourishing and yes, America is winning again like never before," Trump said before talking about a newly-signed trade deal with China and a pending trade agreement with Mexico and Canada.

Trump planned to meet with world leaders and business executives after the speech.

Swooping in for his second appearance at the conference, Trump is set to depart tomorrow, jetting back to Washington, which is consumed by the impeachment trial.

Trump denies any wrongdoing and argues that Democrats want to remove him from office because they know they can't deny him re-election in November.

He would be forced to leave office if convicted, but the Republican-controlled Senate is expected to acquit him.

Youth activists speak up against leaders

Meanwhile, four young climate activists - including Greta Thunberg - told the elites at the forum that they are not doing enough to deal with the climate emergency and warned them that time was running out. 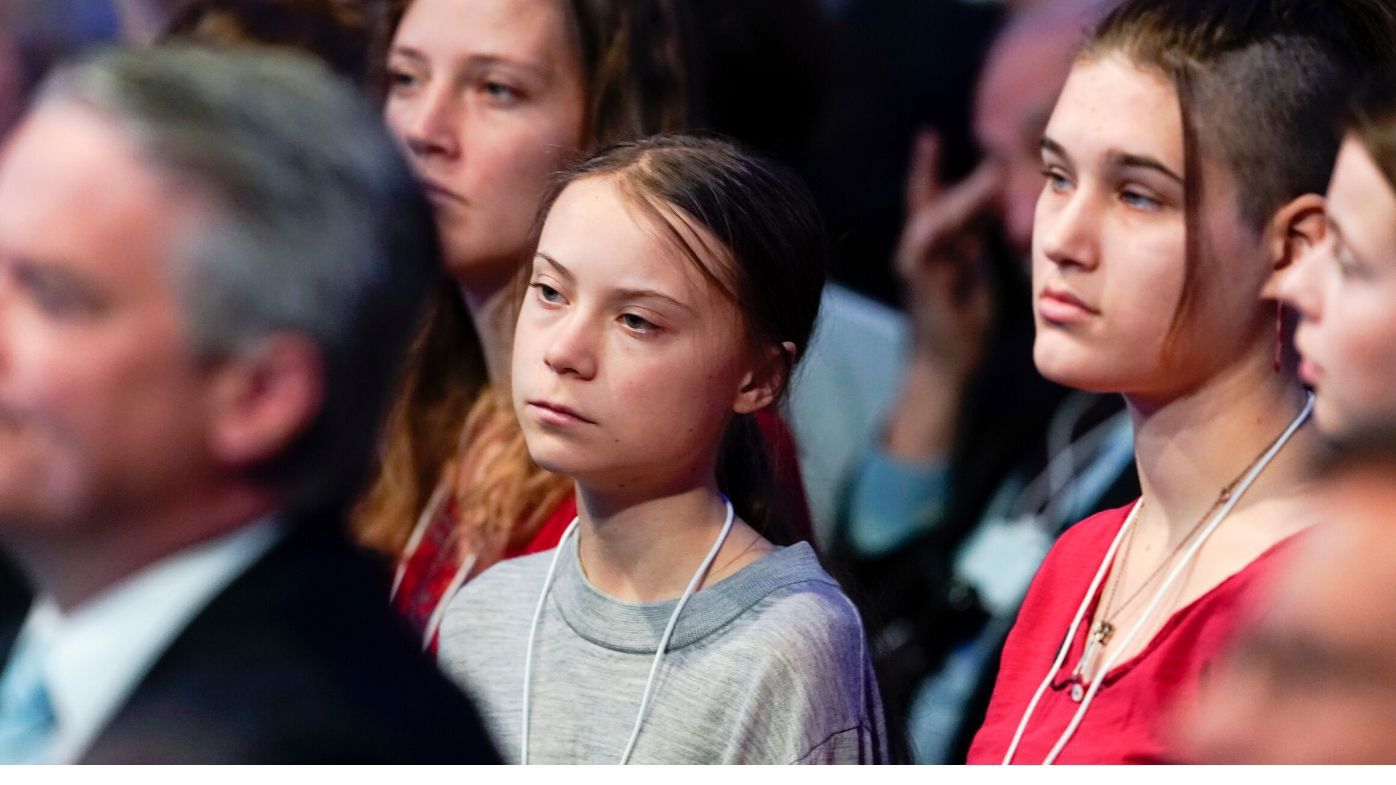 At a panel, the four said that they hoped their generation had found its voice and can work with those in power to bring about the necessary change to limit climate change.

Yet Thunberg also said not enough has been done.

"We need to start listening to the science, and treat this crisis with the importance it deserves," said the 17-year-old, just as Trump was arriving.

Trump has pulled the US out of the Paris accord to limit climate change and has traded barbs with Thunberg on social media. 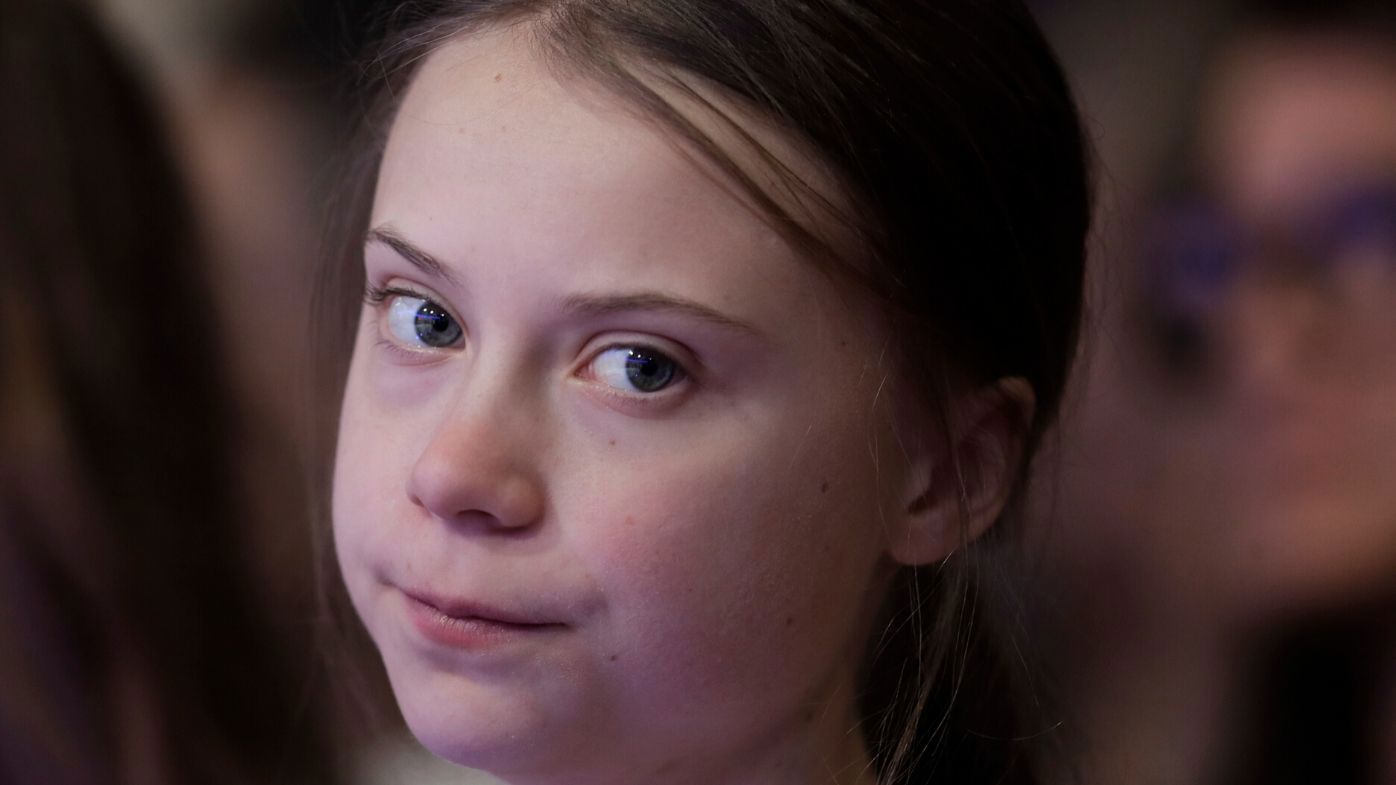 "Without treating it as a real crisis we cannot solve it," Thunberg said.

She said that people are more aware about climate issues now. "It feels like the climate and environment is a hot topic now, thanks to young people pushing."

The others on the panel were just as forceful and passionate about the effects of global warming and how they, as young people, need to play a central role in raising awareness and insist on change.

"The older generation has a lot of experience, but we have ideas, we have energy, and we have solutions," said Natasha Wang Mwansa, an 18-year-old activist from Zambia who campaigns for girls' and women's rights. 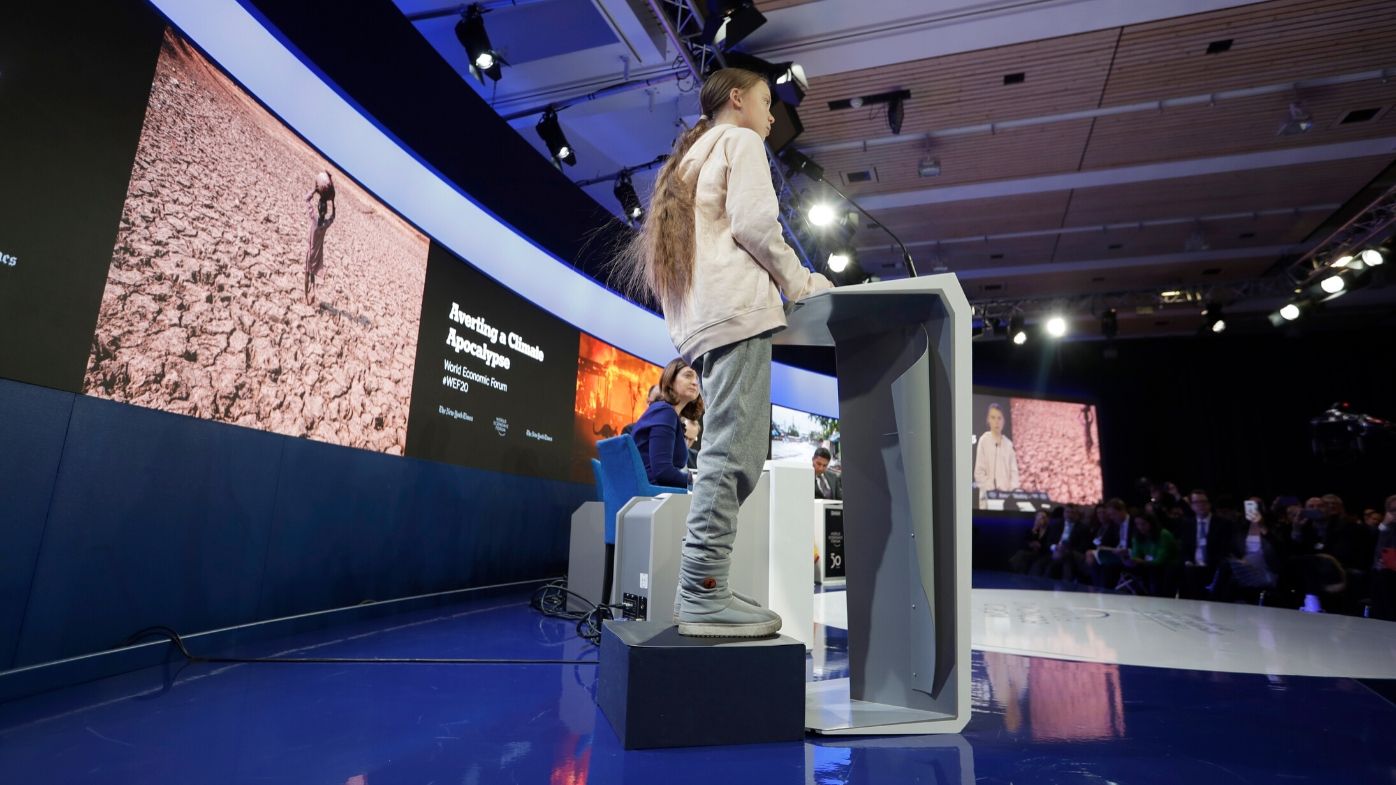 Thunberg said the time for action was now, that being at the top of the agenda meant nothing if the world doesn't get to grips with the climate emergency.

"I am not the person who can complain about not being heard. I'm being heard all the time," she quipped.

"But in general the science and the voice of young people is not in the center of the conversation." 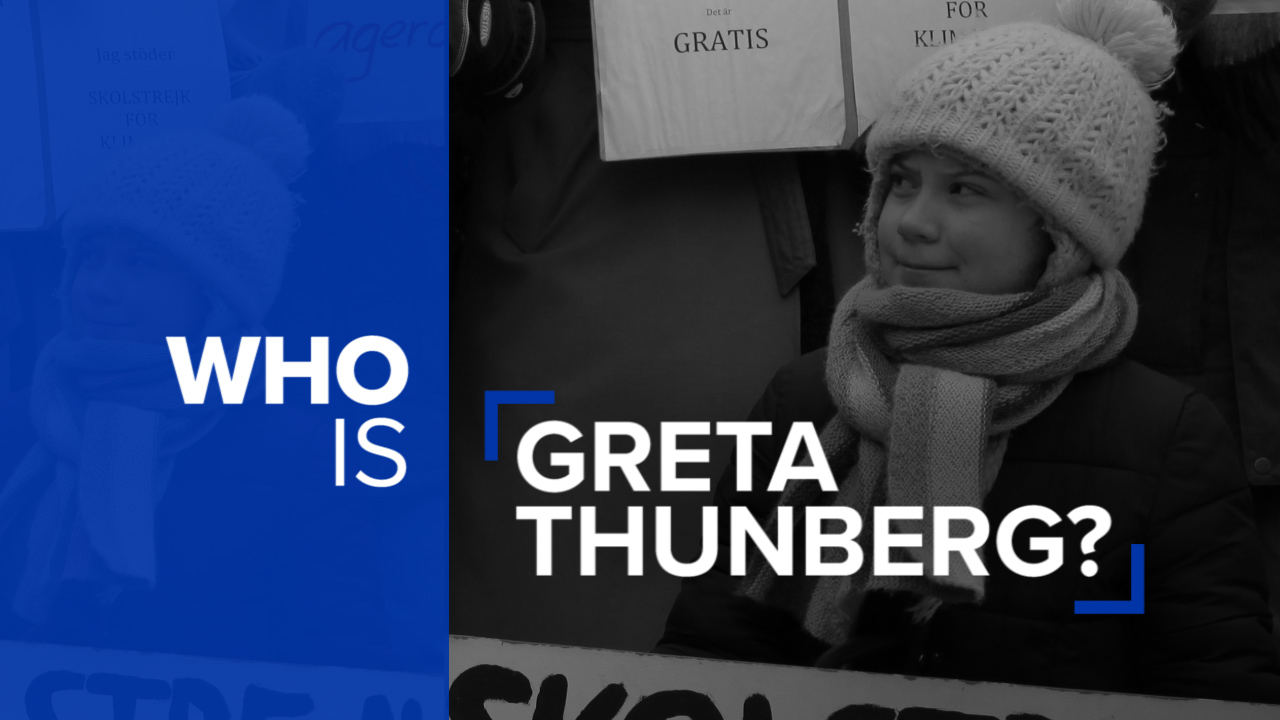 Autumn Peltier, the chief water commissioner for the Anishinabek Nation of indigenous people in Canada, said plaudits are not what they are looking for at the World Economic Forum.

"I don't want your awards. If you are going to award me, award me with helping to find solutions and helping to make change."

Thunberg cited a report released in 2018 by the UN's science panel that calculated the amount of additional carbon dioxide the atmosphere can absorb before global average temperature increases exceed 1.5 degrees Celsius.

Leaders agreed to try to stay below that threshold when they signed the 2015 Paris climate accord, but scientists warn the chances of doing so are dwindling.

Thunberg noted that the remaining carbon "budget" to confidently meet that target stood at just 420 gigatons of CO2 two years ago, the equivalent of 10 years of global emissions.

Even with a more optimistic calculation, keeping the global temperature rise below 1.5 C would require a massive reduction in emissions over the next two decades.

"This is the current best-available science."