The man slipped into the US from Tijuana, Mexico, and made it just 23 metres from the border before he was arrested.

A seven-month journey from Sri Lanka was over for Vijayakumar Thuraissigiam.

Now he would be able to tell an American official why he had fled the place he had lived virtually his entire life: as a member of Sri Lanka's Tamil minority, he had been beaten and threatened. He would seek asylum to remain in the United States. 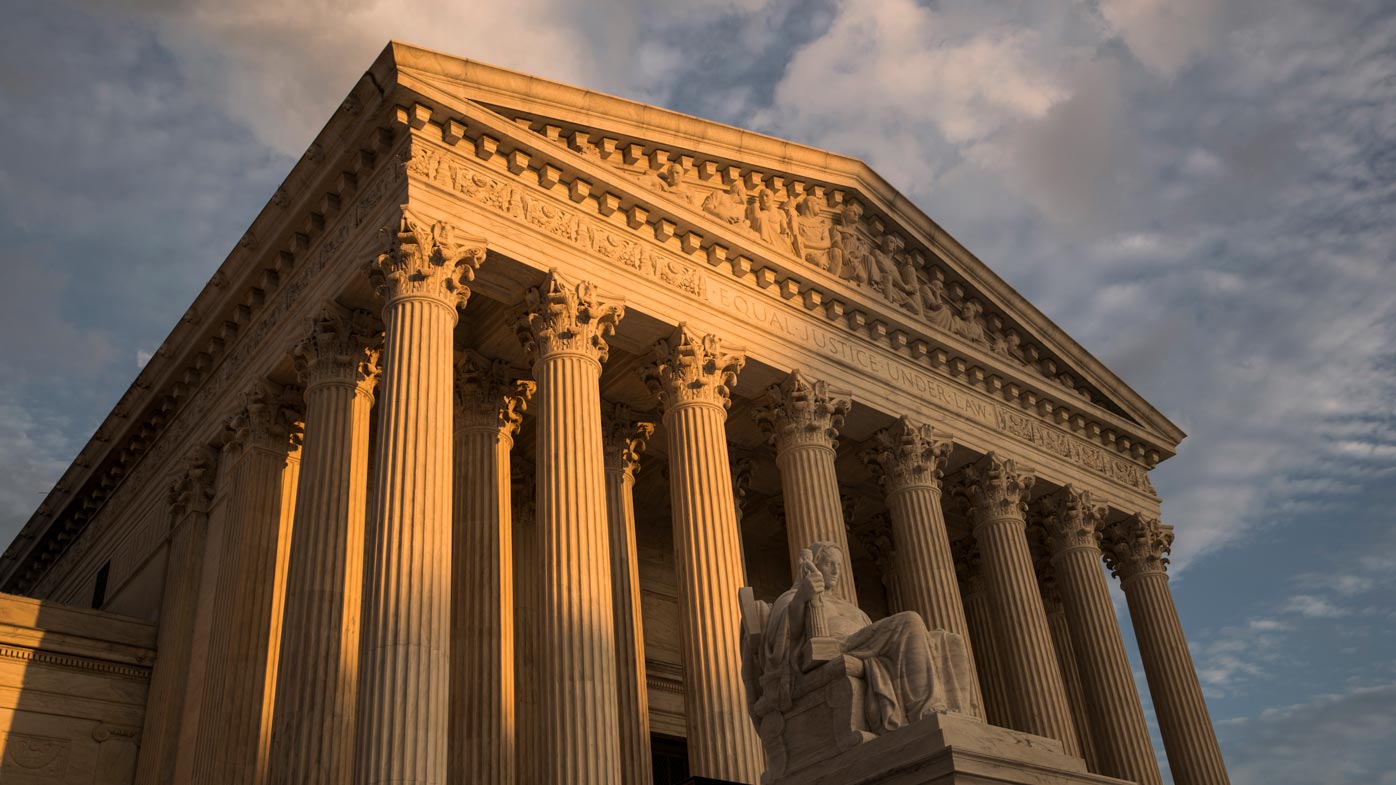 His timing couldn't have been worse.

His arrival coincided with the start of the Trump administration and its sustained effort to crack down on asylum-seekers. Officials rejected his claim in an initial screening and he was designated for rapid deportation, or expedited removal as federal law calls it.

Now the Supreme Court will decide whether Mr Thuraissigiam and others like him can be deported without ever getting to make their case to a federal judge. Arguments will take place Monday (local time).

How Trump is trying to expedite deportations

The administration is seeking a sweeping ruling that it could potentially use to deport millions of people, even those arrested far from the border and who have been in the country for years, experts on the issue said.

"The Supreme Court has held for more than a century that anyone in the United States, even those illegally, are entitled to due process," Stephen Yale-Loehr said. 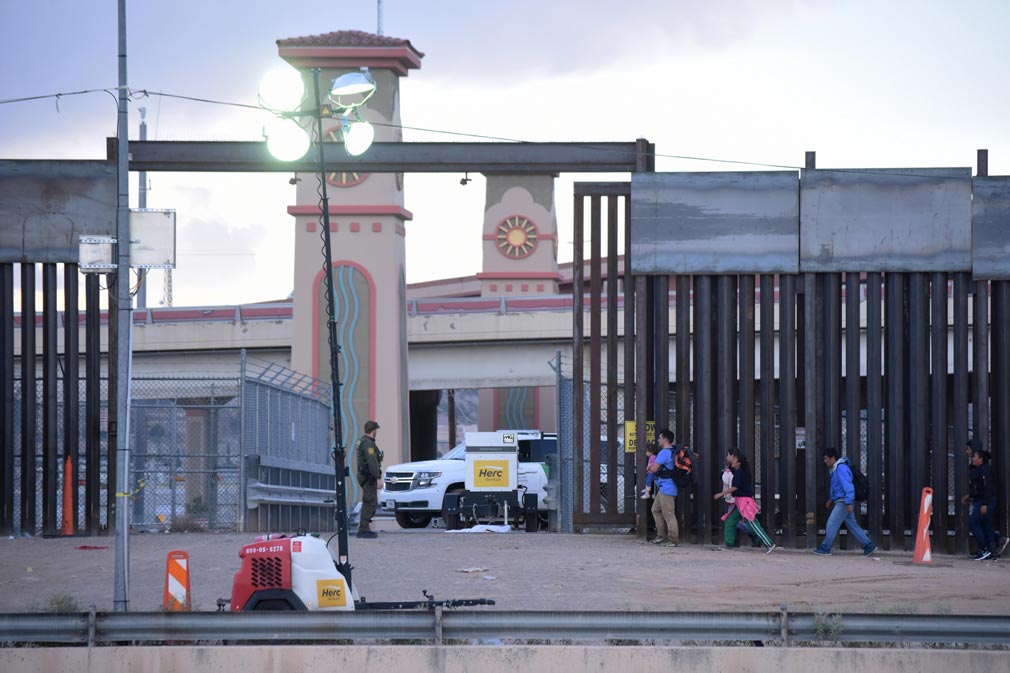 Mr Yale-Loehr is an immigration specialist at Cornell University Law School. Yale-Loehr signed onto a court brief siding with the asylum-seeker.

The Justice Department counters in its Supreme Court filings that immigrants have no constitutional rights regarding their application to enter the United States under high court rulings.

The limited review that Congress provided for when it created expedited removal proceedings is sufficient, the administration said.

But the federal appeals court in San Francisco relied on the Supreme Court's 2008 decision in favor of court access to detainees at the US naval base at Guantanamo Bay, Cuba, to rule that the practice of denying federal court review violates the Constitution.

The Supreme Court agreed to hear the administration's appeal. Mr Thuraissigiam is living in the New York area at the moment. 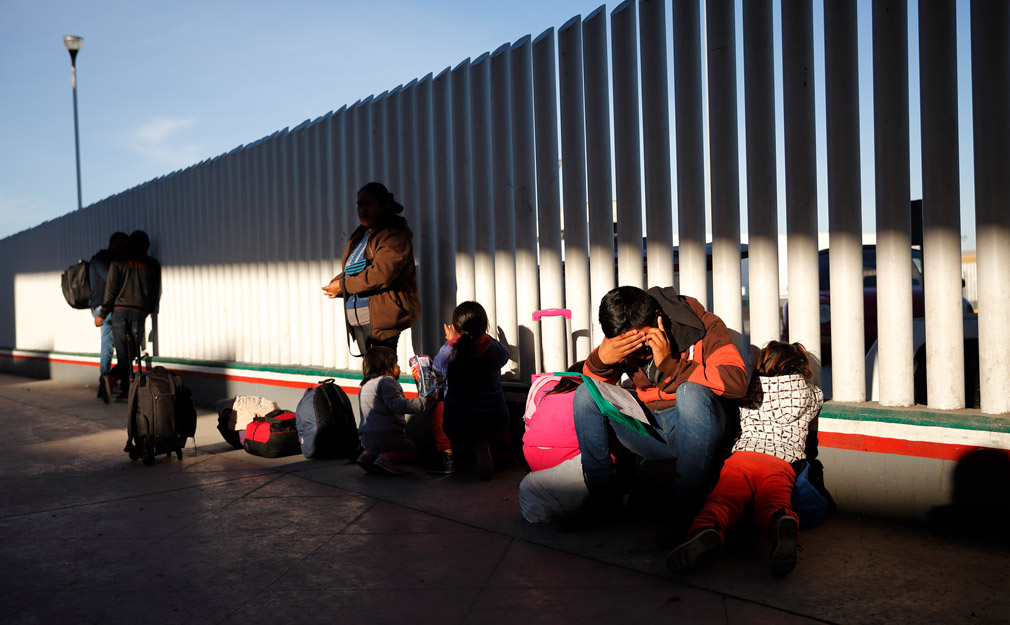 What Trump hopes to accomplish

Since 2004, immigration officials have targeted for quick deportation undocumented immigrants who are picked up within 160km of the US border and within 14 days of entering the country.

The Trump administration is seeking to expand that authority so that people detained anywhere in the US and up to two years after they got here could be quickly deported.

A federal judge has put that policy on hold and the administration's appeal will be heard Friday by the federal appeals court in Washington.

The administration has imposed other restrictions on those who say they need refuge in the US because they would be harmed if they had to return home.

People crossing through Mexico before arriving at the southern border can no longer seek asylum in the US unless they first have been denied asylum elsewhere. 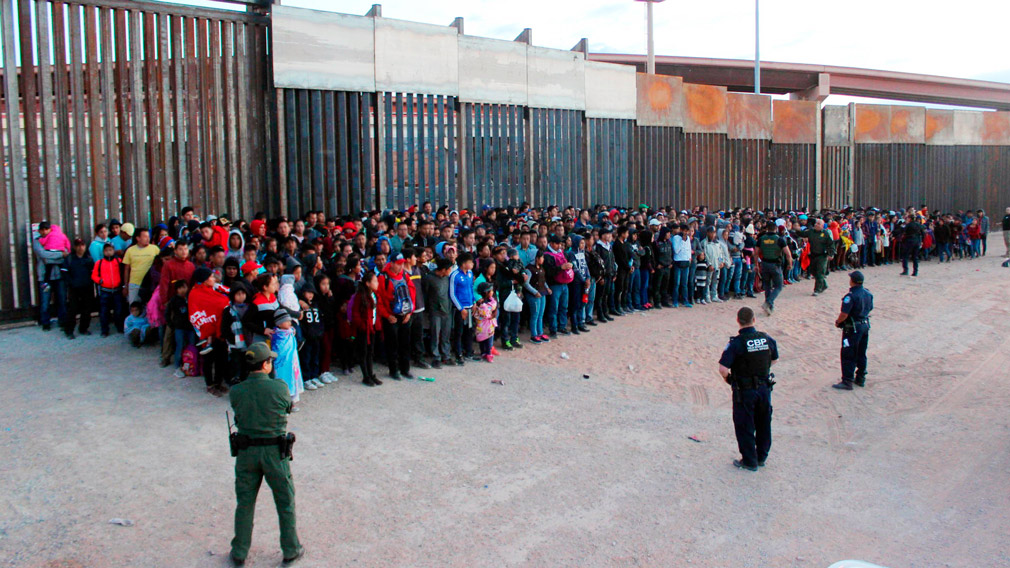 The Supreme Court allowed the policy to take effect while a legal fight over it plays out in the courts.

A separate "remain in Mexico" policy that requires asylum-seekers to wait in Mexico until their cases are considered by American officials was temporarily halted this past Friday by a federal appeals court.

READ:  Venezuela orders arrest of three in US for role in failed coup plot

People who come to the United States to ask for asylum must persuade immigration officials that they have a "credible fear" of persecution in their home country.

Asylum-seekers who pass that screening generally are allowed into the country as their cases progress.

But the bar to grant asylum is narrow; a person must face persecution for race, religion, nationality, political opinion or membership in a social group.

The struggle faced by Mr Thuraissigiam

After Mr Thuraissigiam's arrest in February 2017, he told anyone who asked that because of his support for a Tamil political candidate, he was arrested, put in a van and beaten so severely that he spent 11 days in a hospital.

Immigration officials found the account credible, but they determined he did not have a real fear of persecution if he returned home.

Having failed this initial screening, known as a "credible fear" screening, he was eligible for quick deportation.

Lawyers for the American Civil Liberties Union who represent him said the official who first interviewed Mr Thuraissigiam was unable to elicit and synthesise critical information, including that the episode likely was a widely known "white van" abduction by Sri Lankan security forces. The translation via telephone also didn't help, the lawyers said.

More critically, the administration doesn't want to allow Mr Thuraissigiam to make his case in front of a federal judge, said Lee Gelernt, the ACLU lawyer who will argue the case.

If his client loses at the Supreme Court, Mr Gelernt said, "it will be the first time in US history that an individual was deprived of their liberty, citizen or noncitizen, without the opportunity for a federal court to review the case".

Supporting the administration, the Criminal Justice Legal Foundation in Sacramento, California, said in its court filing that Mr Thuraissigiam is "a would-be immigrant whose only connection to this country is stepping illegally a few yards inside the border".

He has no constitutional right to a full-blown court hearing, the foundation wrote.

A decision in Department of Homeland Security v. Thuraissigiam, 19-161, is expected before summer.

Article was reproduced with permission from AP