President Donald Trump’s spiritual adviser Paula White defended herself on Sunday against criticism over a prayer she made earlier this month.

President Donald Trump's spiritual adviser Paula White defended herself on Sunday against criticism over a prayer she made earlier this month in which she asked for "all satanic pregnancies to miscarry right now," saying her words were taken "out of context for political gain."

In a pair of tweets, White shared a clip of her January 5 sermon before congregants at her City of Destiny church in Apopka, Florida. In the clip, posted to Twitter by Right Wing Watch, a group that "monitors and exposes the activities of Radical Right political organizations," the pastor shakes her arms as she delivers the prayer.

"In the name of Jesus, we command all satanic pregnancies to miscarry right now," she prays. "We declare that anything that's been conceived in satanic wombs that it'll miscarry, it will not be able to carry forth any plan of destruction, any plan of harm." White, who leads the White House's Faith and Opportunity Initiative, defended the prayer in the tweets, writing that she doesn't usually issue such responses, but that the prayer had been "taken out of context."

"I was praying Eph 6:12 that we wrestle not against flesh and blood. Anything that has been conceived by demonic plans, for it to be cancelled and not prevail in your life," she wrote, adding in a second tweet: "That is- any plans to hurt people. Let's be clear what is really going on... this is a disingenuous attempt to use words out of context for political gain. I will just keep praying!"

The verse White cited in her tweet, Ephesians 6:12, states: "For we wrestle not against flesh and blood, but against principalities, against powers, against the rulers of the darkness of this world, against spiritual wickedness in high places," according to the King James version of the Bible.

In a full recording of the service published by the church, White can also be seen praying that "any strange winds that have been sent to hurt the church, sent against this nation, sent against our President, sent against myself, against others, we break it by the superior blood of Jesus right now." 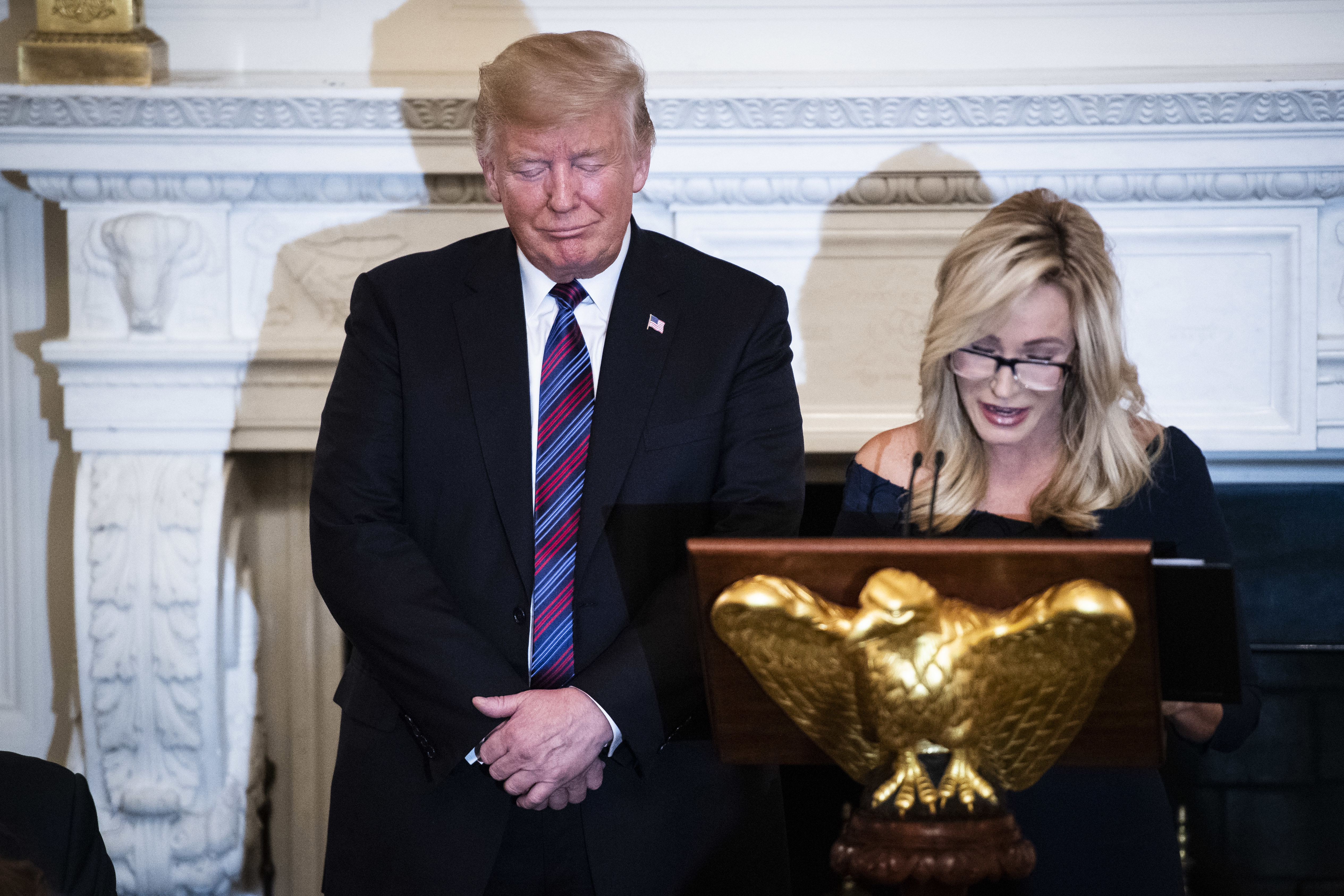 The prayer was criticized on social media by several users, including James Martin, a Jesuit priest who wrote, "No pregnancies are satanic. Every child is a gift from God."

Several users wrote in support of White, suggesting that she wasn't making a literal argument.

CNN has reached out to the White House and White for comment.

White, who joined the White House last fall, first met Trump nearly two decades ago, when he caught one of her sermons on TV during a stay at his Mar-a-Lago resort in Florida and called her. Unlike spiritual advisers to past presidents, she hasn't shied away from politics, joining Trump at campaign rallies and defending him over the Russia investigation and talk of impeachment on cable news.

White and the "prosperity gospel" she preaches have been panned as heretical by many evangelical and orthodox Christians, and she also faced criticism last year as her appointment came just as she was promoting her latest book. In interviews about her new position around that time, she plugged her book and its references to her relationship with Trump.