Dominion Voting Systems has sued former US President Donald Trump’s personal lawyer Rudy Giuliani for defamation after he pushed the “Big Lie” about election fraud on his podcast and TV appearances.

Dominion Voting Systems has sued former US President Donald Trump's personal lawyer Rudy Giuliani for defamation after he pushed the "Big Lie" about election fraud on his podcast and TV appearances.

Dominion is seeking more than US$1.3 billion (AUD$1.6 billion) in damages.

"Just as Giuliani and his allies intended, the Big Lie went viral on social media as people tweeted, retweeted, and raged that Dominion had stolen their votes. While some lies - little lies - flare up on social media and die with the next news cycle, the Big Lie was different," lawyers for Dominion wrote in the lawsuit, filed in DC District Court on Monday morning. 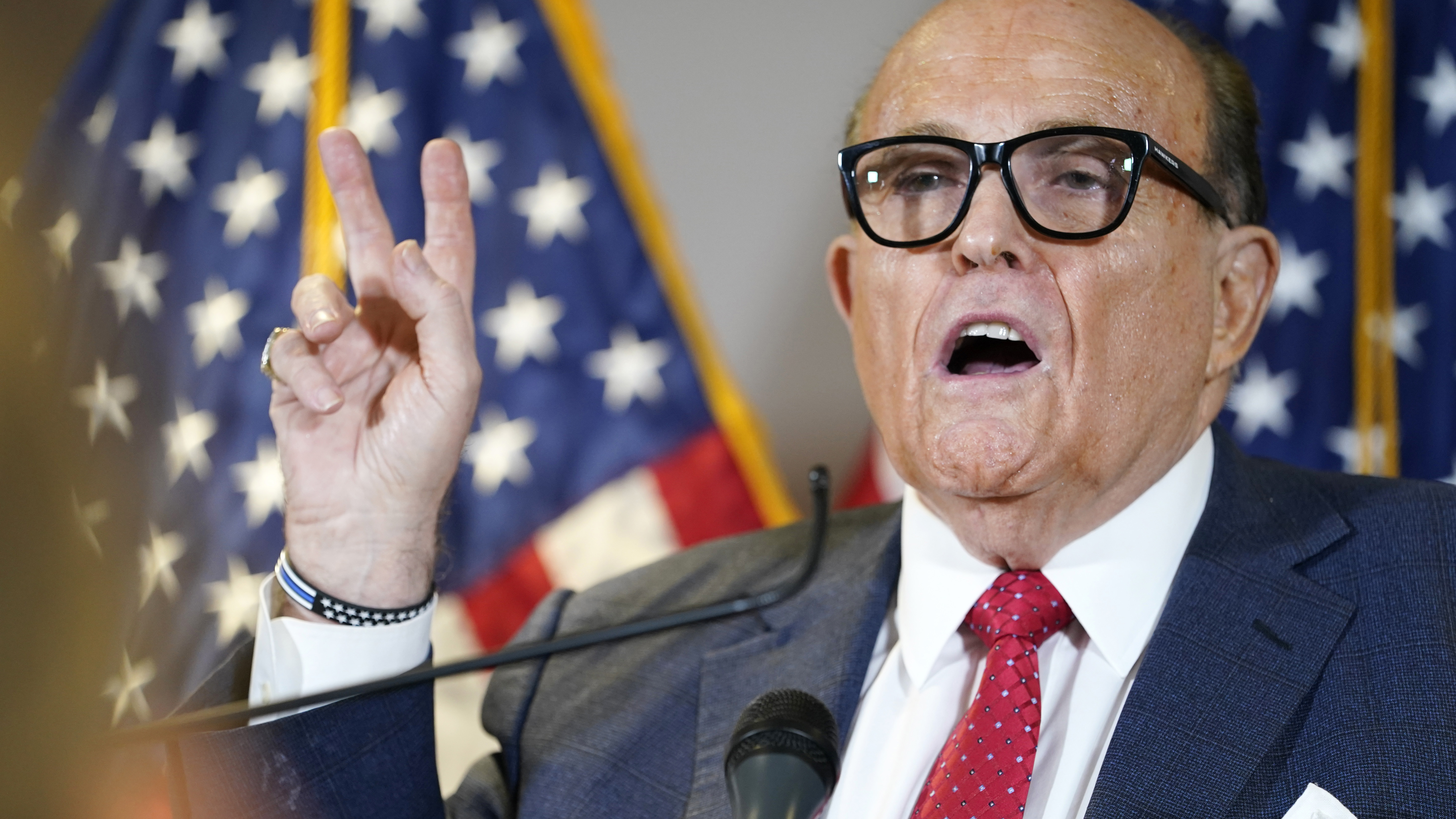 "The harm to Dominion's business and reputation is unprecedented and irreparable because of how fervently millions of people believe it."

The lawsuit notes that while Giuliani spread falsehoods about Dominion being owned by Venezuelan communists and corrupting the election, he did not make those claims in lawsuits he pushed on behalf of Trump.

This is the second defamation lawsuit Dominion has filed in recent weeks seeking to recoup its losses following the Trump post-election disinformation campaign. The vote auditing company previously sued lawyer Sidney Powell, who pushed similar claims alongside Giuliani. The Powell lawsuit is still in its earliest stage.

Dominion has positioned itself in recent weeks as a major voice to push back against Trump's false election claims and the insurrection of the Capitol by his followers who hoped to overturn Joe Biden's win.

In the lawsuit Monday, the company focused on how Giuliani continued to claim without evidence that Dominion aided election fraud even after he received a cease-and-desist letter. The Canadian-founded company details how listeners of Giuliani reacted by amplifying online his message of a stolen election. 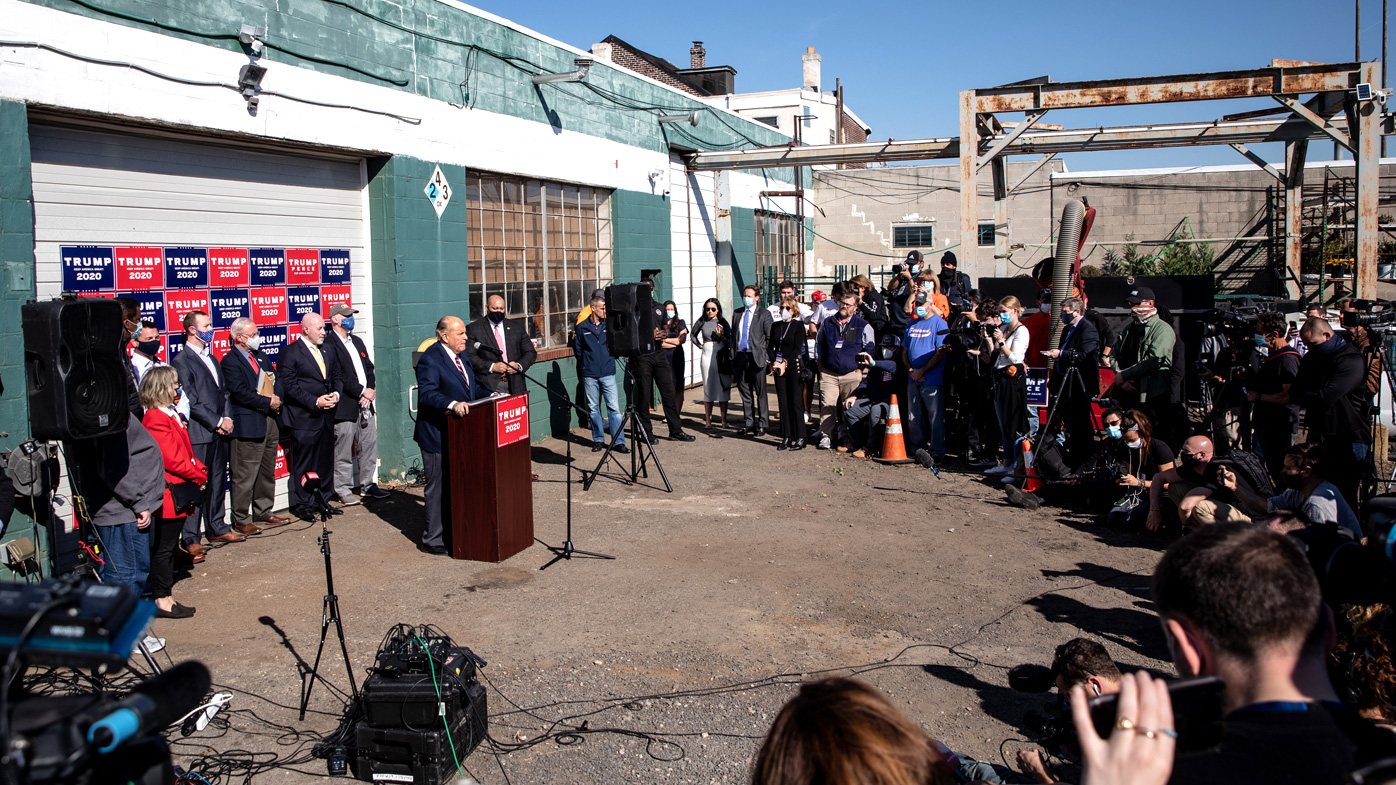 The former mayor of New York and well-known prosecutor repeated his claims on podcasts and his radio show and YouTube shows. He also used his platform in recent months to make money pitching cigars, a conservative alternative to the AARP and the sale of gold coins, the lawsuit says.

Dominion also details how on January 6 - hours before a crowd of Trump supporters in Washington violently overran the Capitol - Giuliani continued to push claims of election fraud about Dominion in tweets, on a YouTube appearance and in his own speech at the event. Giuliani said at the rally, without evidence, that he knew of an expert who had examined Dominion voting machines and saw changed votes, concluding, "This election was stolen," according to the complaint.

Dominion sent Giuliani a second letter, asking for a retraction on January 10, the company says.

"Giuliani has not retracted his false claims about Dominion, and many of his false and defamatory television and radio appearances and tweets remain available online to a global internet audience. Indeed, to this day, he continues to double down on the Big Lie," the lawsuit noted.

Dominion said it is now distrusted by millions of American voters and its employees have been harassed. The company believes hundreds of its contracts with states and localities are now in jeopardy and that the business projects a loss of profits in the next five years of $200 million, according to the lawsuit.

READ:  Images of calm and solidarity emerge from within violent riots