Donald Trump’s impeachment ended an acquittal everyone saw coming, followed by a bombastic presidential victory lap and a bump in his poll numbers just as the 2020 campaign officially began.

Donald Trump's impeachment ended with a reminder of why House Speaker Nancy Pelosi resisted the idea for so long – an acquittal everyone saw coming, followed by a bombastic presidential victory lap and a bump in his poll numbers just as the 2020 campaign officially began.

Now Democrats have to decide how to navigate the legislative and political landscape that they've helped reshape.

Mr Pelosi's nationally televised ripping of her copy of Trump's State of the Union address Tuesday night underscored the acrid atmosphere that will make partisan cooperation on any issue difficult. 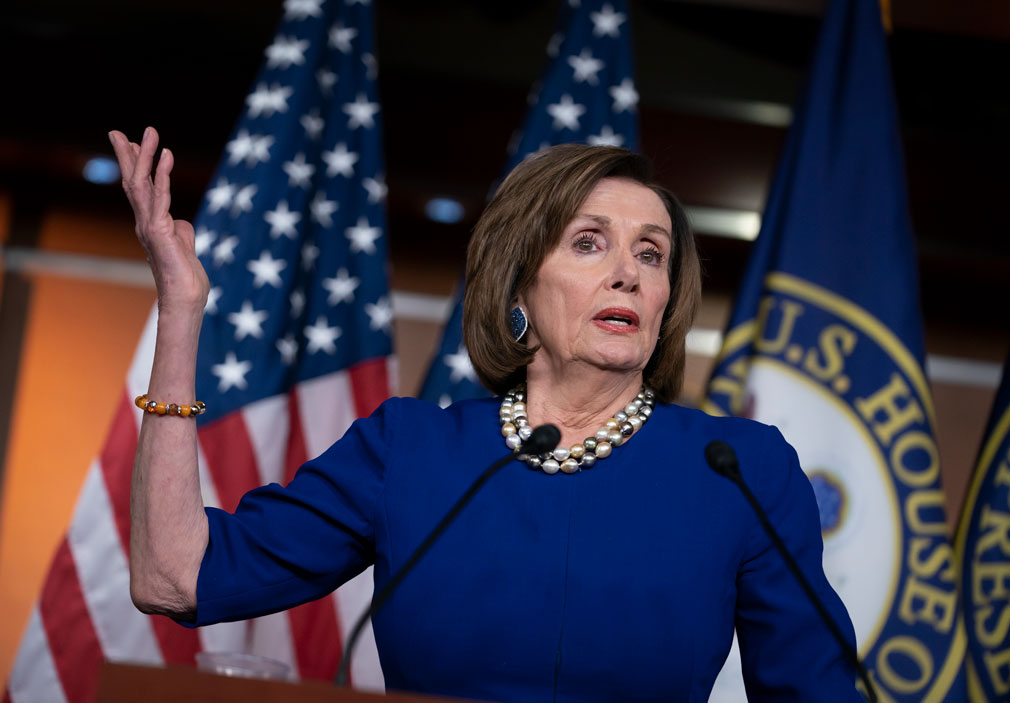 Major legislative compromises were always going to be hard this election year, but the impeachment fight only deepened partisan bitterness and made progress less likely.

"Because we have to," No. 2 House Democratic leader Steny Hoyer of Maryland said when asked how Congress and Mr Trump could cooperate on health care and other issues.

He added, "I'd be foolish to be optimistic because we have not done that so far."

Democrats must also decide how vigorously to continue investigations, including into impeachment's focus: Mr Trump's effort to pressure Ukraine's leaders to bolster his reelection by seeking dirt on rival Joe Biden.

How the acquittal played out

Former White House national security adviser John Bolton could still have damaging information about Mr Trump and has expressed a willingness to testify if subpoenaed.

Speaking to reporters at the White House on Friday (local time), Mr Trump pushed back once again and argued that his impeachment should be expunged from the congressional record.

READ:  No new local coronavirus cases in Queensland in past 24 hours

He also claimed that he was willing to work with Democrats, but then accused the party's elected leaders of suffering from "Trump derangement syndrome".

"That was on display the other night when (Pelosi) ripped up the speech. That was terrible ... so disrespectful to our country." 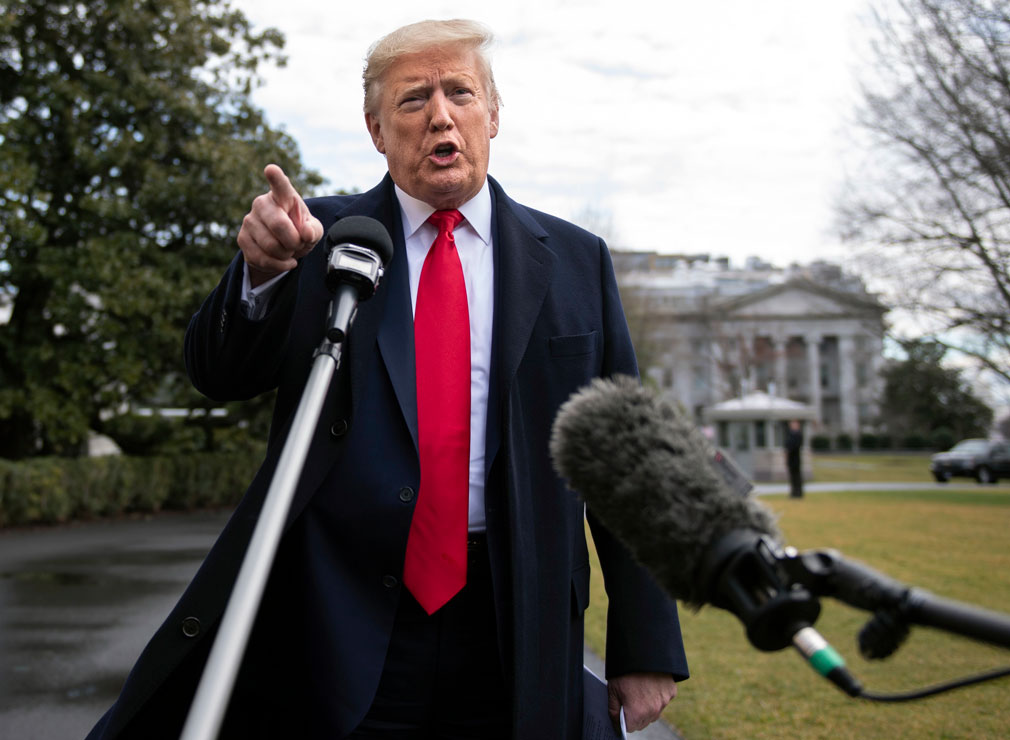 He added that the Democrats were "not constructive people".

Even as they consider the path ahead, neither Ms Pelosi nor Democrats controlling the House are second-guessing their decision to impeach Mr Trump.

Ms Pelosi stood as a bulwark against impeachment for months as pro-impeachment sentiment rose steadily in her caucus, but when Mr Trump's dealings with Ukraine came to light in September, the floodgates were forced open.

"Once Ukraine happened, we had no choice but to proceed," said Rep Peter Welch, D-Vt.

"And had we not (acted)," Rep Welch added, "there would have been a huge price to pay politically".

While that's a popular view with Democrats' dominant liberal wing, many think an overemphasis on Trump investigations risks feeding the Republican narrative that overreaching Democrats are obsessed with pursuing him.

They also worry about detracting from Democrats' focus on pocketbook issues that helped them capture House control in the 2018 elections.

"I'm hoping that's a side show, and the big show is let's work for the American people on issues like health care and infrastructure," said Rep Lou Correa, D-Calif., co-chairman of the Blue Dog Coalition, which represents around 25 moderate House Democrats.

Where to from here?

Assessing impeachment's political impact ahead of November's elections is at least as fraught.

Democrats say despite Mr Trump's acquittal, the trial trained prolonged attention on his sordid behavior and lashed GOP senators to him with their votes absolving him.

They say that will weaken their reelection bids of GOP senators in swing states like Colorado, Maine and Arizona.

"This reinforced the view that Trump is unethical and lacking in integrity," said Democratic pollster Geoffrey Garin.

"And it's exposed a number of Republican senators as hacks beholden to the president and Mitch McConnell," the Senate majority leader from Kentucky whom Democrats love to target.

Republicans counter that the effort has electrified GOP voters just months before Election Day, citing a Gallup Poll showing Mr Trump with a 49 percent job approval rating, the highest of his presidency.

They say Ms Pelosi made tactical errors that exposed Democrats' impeachment drive as a blatantly political exercise, in the process weakening more than two dozen House Democrats from Trump-won districts. "The President has his highest approval rating since he's been in office," said Majority Leader Mitch McConnell, R-Ky.

"I can tell you as a poll watcher who's looking at polls in certain Senate races every one of our people in tough races, every one of them, is in better shape today than they were before the impeachment trial started."

How Republicans have responded

Republicans were especially critical of House Democrats' decision to not fight more in the courts to obtain testimony and documents.

Republicans said that decision made it easy to portray Democrats as caring less about a serious investigation than politics.

"You didn't even bother to pull all the levers," said Scott Jennings, a longtime political adviser to McConnell.

Many Democrats say there would have been no way to prevent Republicans from complaining that the investigation was political and lacked sufficient evidence.

And while Democrats collected compelling evidence against Mr Trump, they made the mistake of thinking they'd win by appealing broadly to voters, said Brendan Buck, a GOP consultant who's advised congressional leaders.

Republicans prevailed by aiming their arguments at the GOP's core conservative supporters, a tactic that has driven Mr Trump's presidency.

"Democrats seemed to play by the old rules and the president played by the new rules," Mr Buck said. 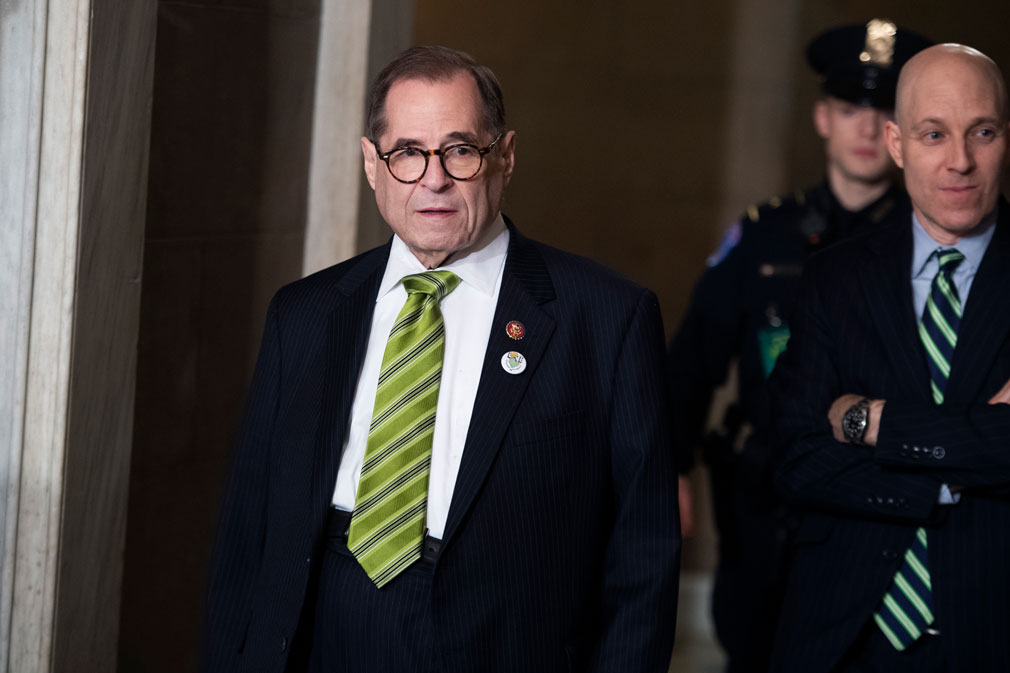 That includes her one-month delay in formally sending the House's impeachment articles to the Senate.

That fed the GOP argument that the effort was political, said the Democrat, who spoke on condition of anonymity to describe private conversations.

This Democrat said lawmakers also recoiled at Ms Pelosi's decision to sign the impeachment articles and distribute pens as mementos to colleagues.

The Democrat said voters in their districts often cited that televised ceremony as evidence that impeachment was politically motivated.

"And here they are impeaching the president like this."

One thing many from both parties agree on: by November, impeachment could well be superseded by other issues and will likely be conflated into an overall referendum on Mr Trump.