President Donald Trump ordered new retaliatory economic sanctions on Iran, even as his administration faced persistent questions over its drone strike on an Iranian general.

President Donald Trump ordered new retaliatory economic sanctions on Iran, even as his administration faced persistent questions over its drone strike on an Iranian general that helped ignite the latest crisis with the Islamic Republic.

Mr Trump on Friday (local time) issued an executive order adding additional US sanctions to an already long list his administration had imposed, aiming to force Iran to accept a new agreement that would curb its nuclear program and halt support for militant groups throughout the Middle East.

The president, in a statement announcing the new measures, referenced Iran's nuclear program and use of proxy forces throughout the region while noting that the Iranians have threatened US service members, diplomats and civilians – an apparent reference to his administration's justification for killing Gen Qassem Soleimani in a drone strike last week in Baghdad. 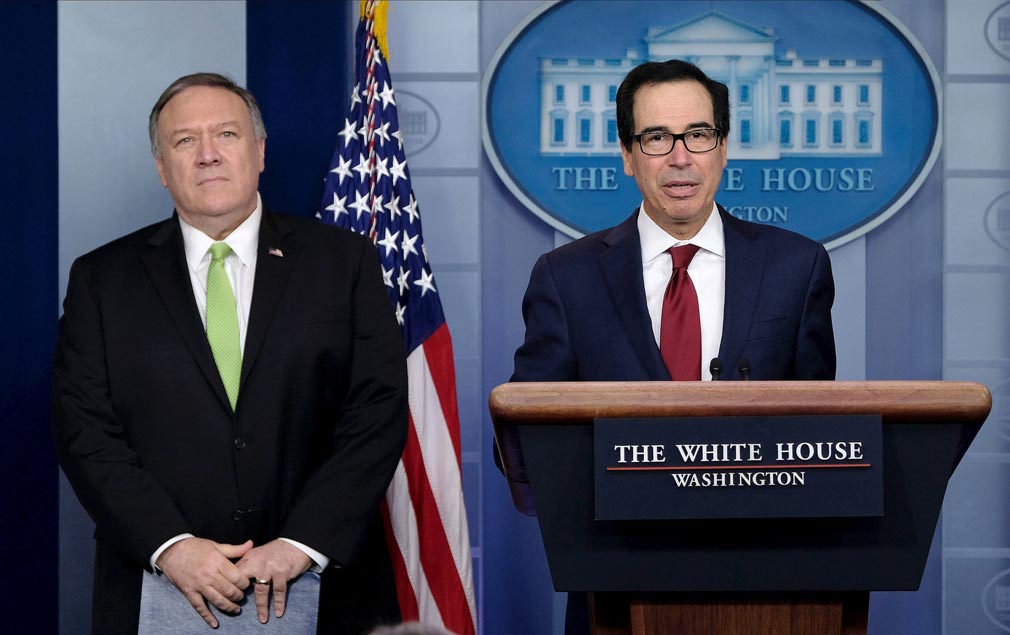 "The United States will continue to counter the Iranian regime's destructive and destabilising behavior," he said.

But Mr Trump and his administration faced continuing questions over its claims of an "imminent" threat as justification for killing Soleimani, setting off a furor that may not yet be contained.

Secretary of State Mike Pompeo and others in the administration have said the threat posed by Soleimani was imminent, but they have not offered evidence to support that. Members of Congress said officials did not provide sufficient detail or justification in briefings this week.

Define what you mean by imminent, Mr Pompeo was asked at Friday's White House session.

"We don't know exactly which day it would have been executed, but it was very clear.

READ:  Gunman knew all the victims in California mass shooting

"Qassem Soleimani himself was plotting a broad, large-scale attack against American interests and those attacks were imminent." 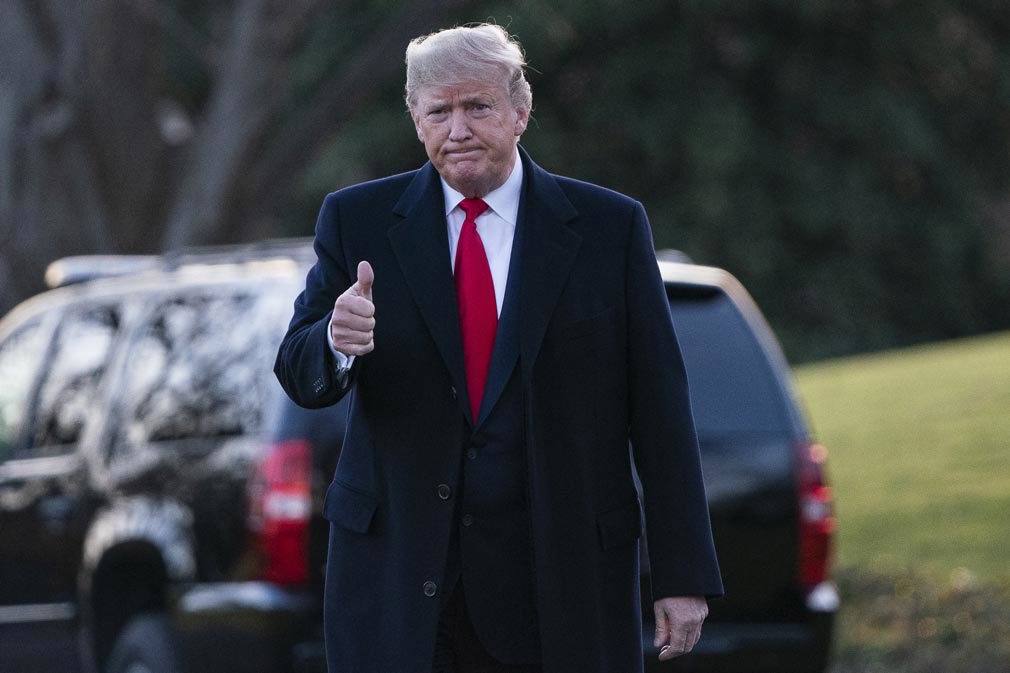 Both Mr Pompeo and Mr Trump had said US embassies were threatened. The secretary of state broadened it to include "American facilities", including military bases throughout the region.

"This was going to happen, and American lives were at risk," he said.

How US tried to kill another senior Iranian commander

He spoke amid revelations by US officials that the American military had tried, but failed, to kill another senior Iranian commander on the same day that Soleimani was killed.

It was apparently part of an effort to cripple the leadership of Iran's Quds force, which the US has designated a terror organisation along with the larger Islamic Revolutionary Guard Force.

House Speaker Nancy Pelosi called the killing of Soleimani "provocative and disproportionate" and other members said they were unconvinced after a closed-door briefing on the intelligence.

"He had no evidence of an imminent threat or attack."

The new sanctions were in immediate response to Iran's firing of a barrage of missiles at American bases in neighbouring Iraq this week after to the killing of Soleimani. No one was injured.

READ MORE: US pledges to investigate after blaming Iran for Ukrainian jetliner downing 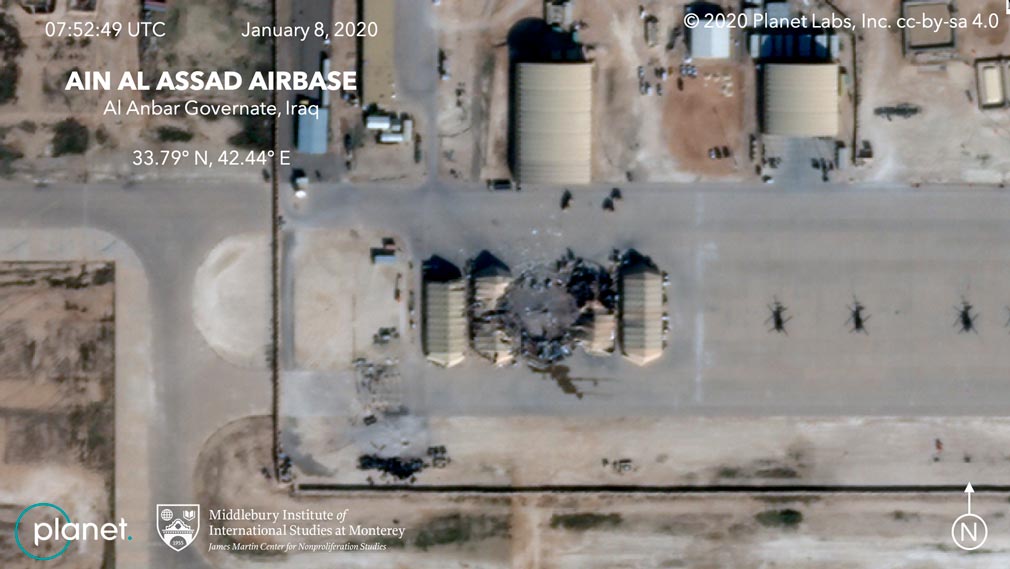 The larger US goal is to force Iran to negotiate a new agreement on limiting its nuclear program.

In 2018, Mr Trump withdrew from the nuclear agreement signed under President Barack Obama that traded curbs on the program for the easing of sanctions.

READ:  What You Should Know About Flying Right Now Amid The Coronavirus

Since then, the administration has added additional economic measures that have created hardship in Iran and brought its oil revenue to historic lows but have failed to bring the Iranian government to the negotiating table.

Those measures, which would freeze any assets the officials have in US jurisdiction and prohibit financial transactions with them, are largely symbolic since such senior figures are unlikely to have assets under American control after decades of hostility between the two nations.

But other measures announced Friday could have a significant effect on strategically important sectors of the Iranian economy, said Ben Davis, chief research officer at research and data analytics firm Kharon. 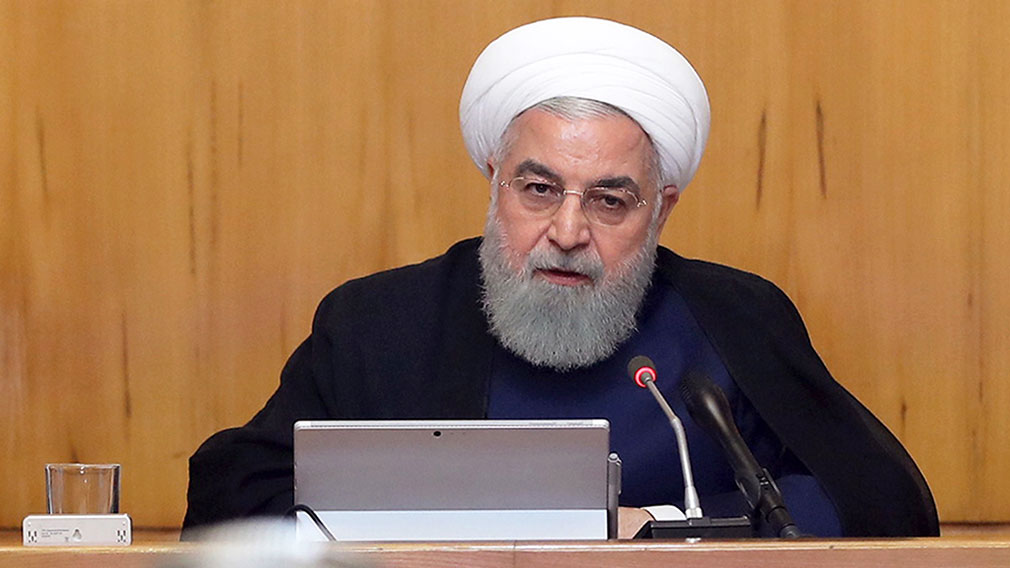 What the sanctions entail

The executive order grants the administration power to place anyone involved, even indirectly, in the construction, manufacturing, textile or mining sector on a global financial blacklist.

It also targets 17 of the largest steel and iron manufacturers – one of the few growth spots in the hobbled Iranian economy – along with three foreign companies, including two based in China, under secondary sanctions.

"It sends a signal to other foreign firms that continue to do business with Iranian steel producers that this is off limits," said Mr Davis, a former Treasury Department official.

Adnan Mazarei, a senior fellow at the Peterson Institute for International Economics, said the sanctions will hurt an Iranian economy that was forced to cut fuel subsidies earlier this year, triggering nationwide protests, but they also will make it harder for government to negotiate with the US.

READ:  Australian man watching riots relieved he doesn’t live in a country with a shameful history of systematic racism and violence against black people

"This will be seen as another sign that the US government cannot be taken at its word when it says it wants to negotiate," Mr Mazarei said.

Mr Mnuchin insisted the sanctions are working and have deprived Iran of tens of billions of dollars.

"They would be using that for terrorist activities throughout the region and to enable them to do more bad things," he said.

"And there's no question, by cutting off the economics to the region, we are having an impact."