Donald Trump has made no mention of his impeachment in a video posted on the official White House Twitter account.

"The efforts to censor, cancel and blacklist our fellow citizens are wrong, and they are dangerous," he said. 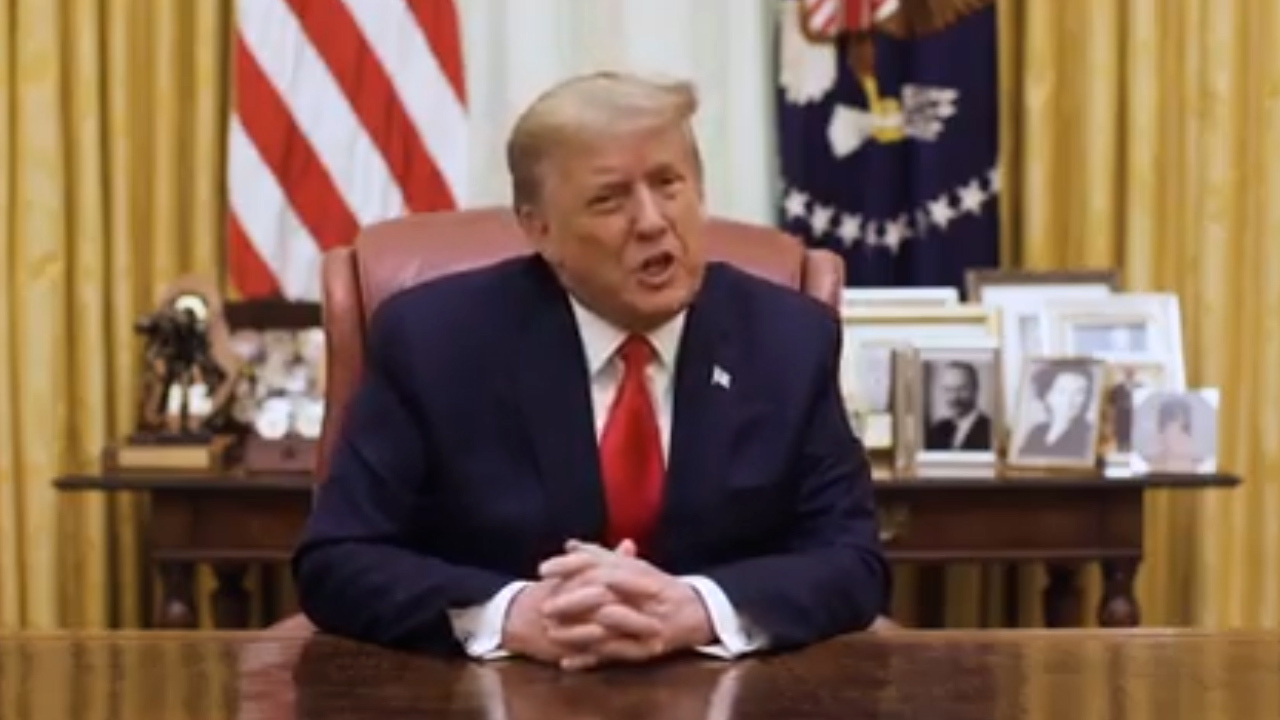 "What is needed now is for us to listen to one another, not to silence one another."

He did not make specific mention of his own accounts being deleted from Twitter, Facebook and Instagram after his posts were deemed to be encouraging violence.

Several other accounts affiliated with Mr Trump were blocked soon after as he sought a way to keep tweeting.

"After careful review, and in light of concerns about the ongoing potential for violence, we removed new content uploaded to the Donald J. Trump channel and issued a strike for violating our policies for inciting violence," a YouTube spokesperson said in a statement.

"As a result, in accordance with our long-standing strikes system, the channel is now prevented from uploading new videos or livestreams for a minimum of seven days—which may be extended." 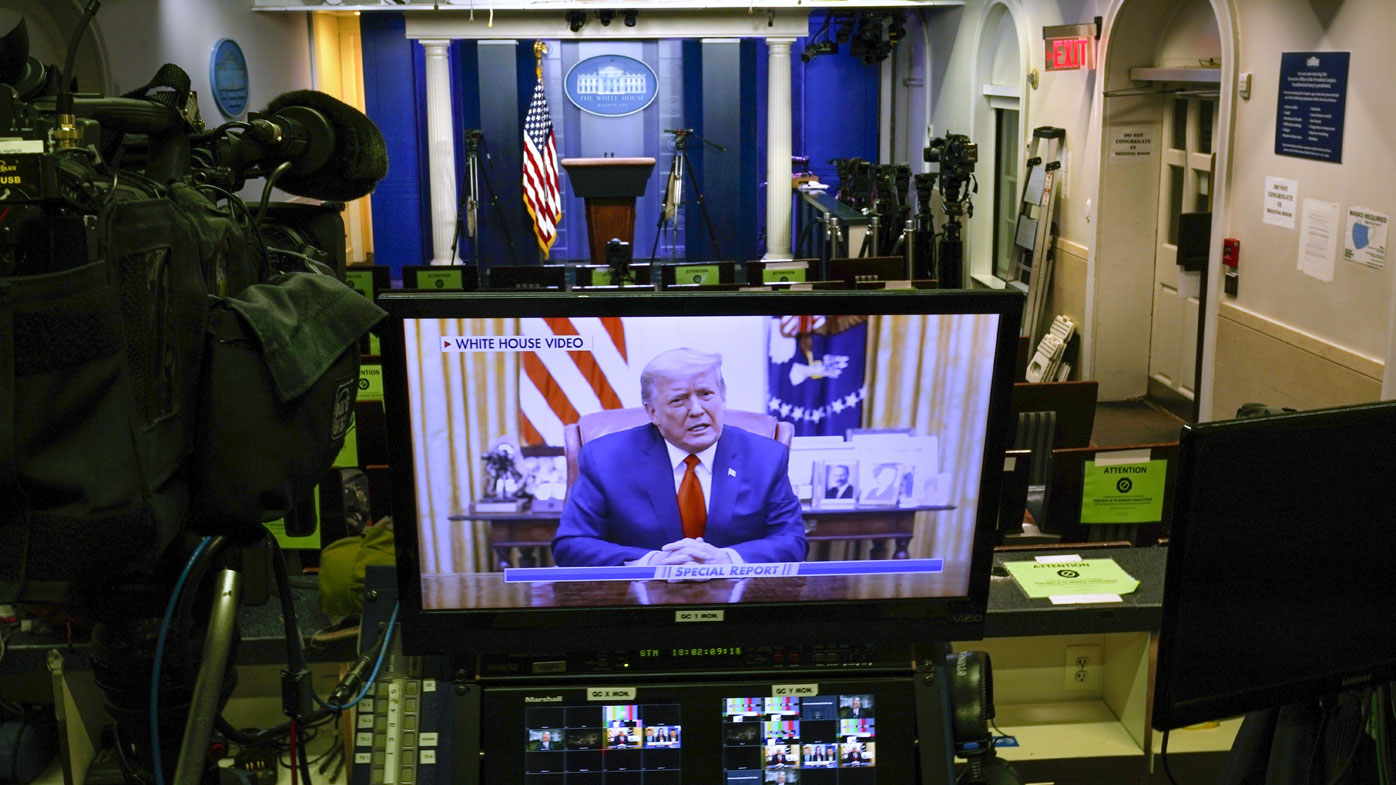 Mr Trump also decried the violence on Capitol Hill immediately following a rally where he called on his supporters to march on the building in an effort to block the election results being certified.

"No true supporter of mine could ever support political violence," he said.

READ:  'We thought they weren't going to find us'

"No true supporter of mine could ever threaten or harass their fellow American."

He vowed that everyone involved in the attacks would be brought to justice.

EXPLAINER: Why Trump's impeachment is very different this time

He also warned anybody considering acts of violence in the lead-up to the inauguration of Joe Biden, though he did not say the president-elect's name.

"There must be no violence, no lawbreaking and no vandalism of any kind," the outgoing president said.

"In Washington DC we are bringing in thousands of National Guard members."

There are currently more US troops in Washington DC than in Afghanistan.

Mr Trump is the first president to be impeached twice. 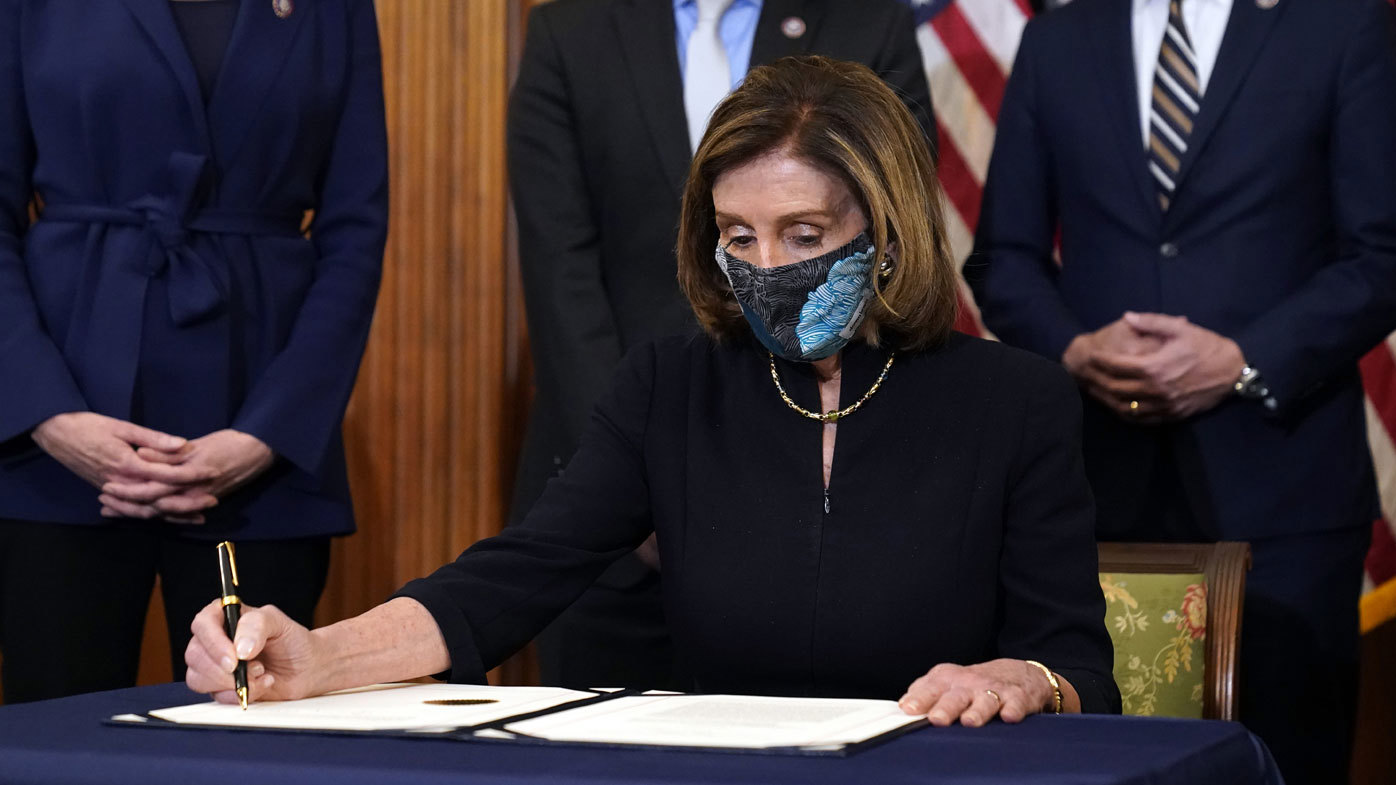 House Speaker Nancy Pelosi signed the articles of impeachment to be sent to the Senate "sadly".

"No-one is above the law, not even the president of the United States," she said.

"Donald Trump is a clear and present danger to our country."

She also named a group of congress members who will serve as impeachment managers for the trial to be conducted in the Senate.

But Mr Trump won't be removed from office early as a result of impeachment, with Senate Majority Leader Mitch McConnell saying there is not time to.

"Given the rules, procedures and Senate precedents that govern presidential impeachment trials, there is simply no chance that a fair or serious trial could conclude before President-elect Biden is sworn in next week," Senator McConnell said in a statement.

READ:  Gym regular's heart attack shows how insidious the disease can be

"The Senate has held three presidential impeachment trials. They have lasted 83 days, 37 days and 21 days respectively."

Senator McConnell said the next seven days should be focused on an orderly transition.

By the time Mr Biden is inaugurated as president, Senator McConnell will lose his position as the Senate's leader, with the Democrats taking control.