It’s sleepy by Donald Trump’s standards, but the former president's century-old estate in New York's Westchester County could end up being one of his bigger legal nightmares.

Both investigations focus on whether Mr Trump manipulated the property's value to reap greater tax benefits from an environmental conservation arrangement he made at the end of 2015, while running for president. 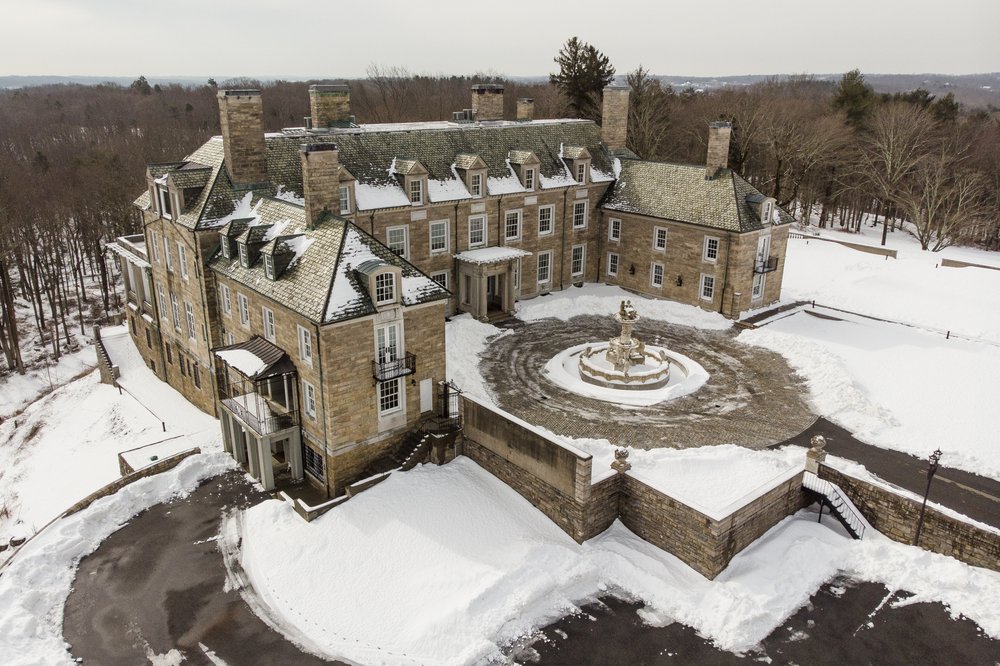 Purchased by Mr Trump in 1995 for US$7.5 million ($9.8 million), Seven Springs drew renewed scrutiny as he prepared to leave office and was on the cusp of losing legal protections he had as president.

Mr Vance issued new subpoenas in mid-December, and a judge ordered evidence to be turned over to James' office nine days after Mr Trump departed Washington.

Other Trump legal woes, such as inquiries into his attempts to influence election officials and payments made on his behalf to women alleging affairs, have dominated the headlines.

“While a tax issue related to a conservation arrangement might not be as sexy as a hush-money payment, prosecutors are likely to focus on any violation of law that they find,” Mr Levin said.

“Remember, the authorities got Al Capone on tax evasion.” Seven Springs is an outlier in a Trump real estate portfolio filled with glossy high-rises and gold-plated amenities.

It is listed on his website as a family retreat, although Mr Trump hasn’t been there in more than four years.

At the heart of the estate is the mansion built as a summer getaway in 1919 by Eugene Meyer, who went on to become Federal Reserve chairman and owner of The Washington Post.

In 2006, while pushing a plan to build luxury homes on the property near Mount Kisco, Mr Trump floated the idea that he and his family were going to move into the mansion, but that never happened.

Brand new, the 28,322-square-foot dwelling featured more than a dozen bedrooms, an indoor swimming pool, a bowling alley and a tennis court.

In her memoir “Personal History,” Ms Graham described ambivalent emotions about going there, writing: “The older I got, the more I disliked the loneliness of the farm, but in my childhood days, it was, as I wrote my father when I was 10, ‘a great old Place.’”

At one point, Mr Meyer owned about 700 acres.

A philanthropic foundation established by him and his wife, Agnes, gifted 247 acres to the Nature Conservancy and the remaining land and buildings that made up Seven Springs to Yale University in 1973, after Agnes Meyer's death.

The estate changed hands again when the foundation took it back from Yale and operated a conference centre there before passing the real estate holdings to Rockefeller University, which eventually sold it to Mr Trump.

Mr Trump paid about US$2.25 million ($2.9 million) under the list price for Seven Springs, acquiring the land as part of an effort to jumpstart his fortunes after a series of failures in the early 1990s, including casino bankruptcies and the sale of his money-losing Mr Trump Shuttle airline. 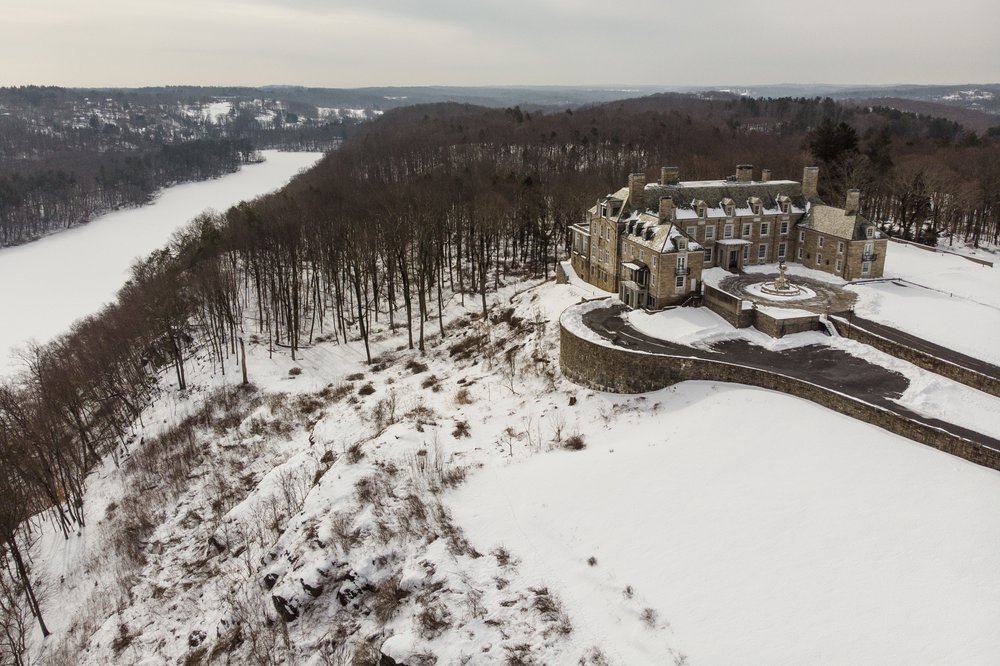 Mr Trump envisioned transforming it into his first championship-calibre golf course, with an exclusive clientele and lofty membership fees.

He hired an architecture firm to plot fairways and greens but abandoned the effort when residents voiced concerns that lawn chemicals would contaminate neighboring Byram Lake, a local source of drinking water.

He proposed putting up 46 single-family homes, and after that plan also met community opposition, 15 mansion-sized dwellings which he described in 2004 as “super-high-end residential, the likes of which has never been seen on the East Coast.”

The project was held up by years of litigation and no homes were ever built.

In 2009, Mr Trump made a splash by allowing Libyan dictator Moammar Gadhafi to pitch his Bedouin-style tent on the Seven Springs property north of New York City because he had no other place to stay for a UN visit.

Mr Trump initially suggested he didn’t know Mr Gaddafi was involved, but later conceded he “made a lot of money” renting the land to the Libyan leader.

Local officials halted work on the tent and Mr Gaddafi never stayed there.

His development plans dashed, Mr Trump opted for a strategy that would allow him to keep the property but reduce his taxes.

He granted an easement to a conservation land trust to preserve 158 acres (60 hectares) of meadows and mature forest.

Mr Trump received a US$21 million ($27.5 million) income tax deduction, equal to the value of the conserved land, according to property and court records.

The amount was based on a professional appraisal that valued the full Seven Springs property at US$56.5 million ($74 million) as of December 1, 2015.

That was a much higher amount that the evaluation by local government assessors, who said the entire estate was worth US$20 million ($26 million).

Michael Colangelo, a lawyer in the New York attorney general's office, outlined the central question involving the Seven Springs easement at a hearing last year regarding a dispute over evidence.

“If the value of the easement was improperly inflated, who obtained the benefit from that improper inflation and in what amounts?” Mr Colangelo said.

“It goes without saying that the attorney general needs to see the records that would reflect the value of that deduction, as it flowed up to intermediate entities, and ultimately to Mr Trump, personally.”

A message seeking comment was left with Mr Trump’s spokesperson.

In the past, the Republican ex-president has decried the investigations as part of a “witch hunt”.

Seven Springs caught investigators’ attention after Mr Trump’s longtime personal lawyer and fixer Michael Cohen told a congressional committee in 2019 that Mr Trump had a habit of manipulating property values — inflating them in some cases and minimising them in others to gain favorable loan terms and tax benefits.

Mr Cohen testified that Mr Trump had financial statements saying Seven Springs was worth US$291 million ($381 million) as of 2012.

He gave copies of three of Trump's financial statements to the House Committee on Oversight and Reform during his testimony.

Cohen said the statements, from 2011, 2012 and 2013, were ones Mr Trump gave to his main lender, Deutsche Bank, to inquire about a loan to buy the NFL's Buffalo Bills and to Forbes magazine to substantiate his claim to a place on its list of the world's wealthiest people.

Mr Trump, on his annual financial disclosure forms while president, said the property was worth between US$25 million and US$50 million ($32 million and $65 million).

READ:  Now that we know the government spends its time trawling through The Shovel’s tweets, we’ve started posting data that it might find useful …

Mr Vance followed with his own subpoenas in December.

One town clerk said investigators were given “boxes and boxes of documents” in response.

Ms James’ investigators have interviewed Mr Trump’s son, Eric Trump, an executive vice president at the Trump Organisation and the president of the limited liability company through which it owns Seven Springs; Trump’s chief financial officer, Allen Weisselberg; and lawyers Mr Trump hired for the Seven Springs project who specialise in land-use and federal tax controversies.

The investigators have yet to determine whether any law was broken.

Mr Vance, who like Ms James is a Democrat, hasn’t disclosed much about his criminal probe, in part because of grand jury secrecy rules.

The district attorney's office has said in court papers that it is focusing on public reports of “extensive and protracted criminal conduct at the Trump Organisation”.

Along with the mansion, Seven Springs has a Tudor-style home once owned by ketchup magnate H.J. Heinz, and smaller carriage houses that Trump’s adult sons, Donald Jr and Eric, have said served as “home base” when they visited the estate to hike and ride ATVs.

During his presidency, Mr Trump himself opted for higher-profile properties like his Bedminster, New Jersey golf course and his Mar-a-Lago club in Florida, where he’s been living since leaving the White House.

The New York Times reported last year that Mr Trump’s tax records showed he classified the estate not as a personal residence but an investment property, enabling him to write off more than US$2 million ($2.6 million) in property taxes since 2014.