US President Donald Trump has just left hospital after spending three nights being treated for coronavirus.

US President Donald Trump has just left hospital where he spent three nights being treated for coronavirus.

As Mr Trump exited the hospital on foot wearing a green surgical face mask, he clenched a fist in a sign of strength and then hopped inside the back of a Secret Service vehicle.

The presidential motorcade then drove a short distance to Marine One, the helicopter which has flown the President back to the White House. 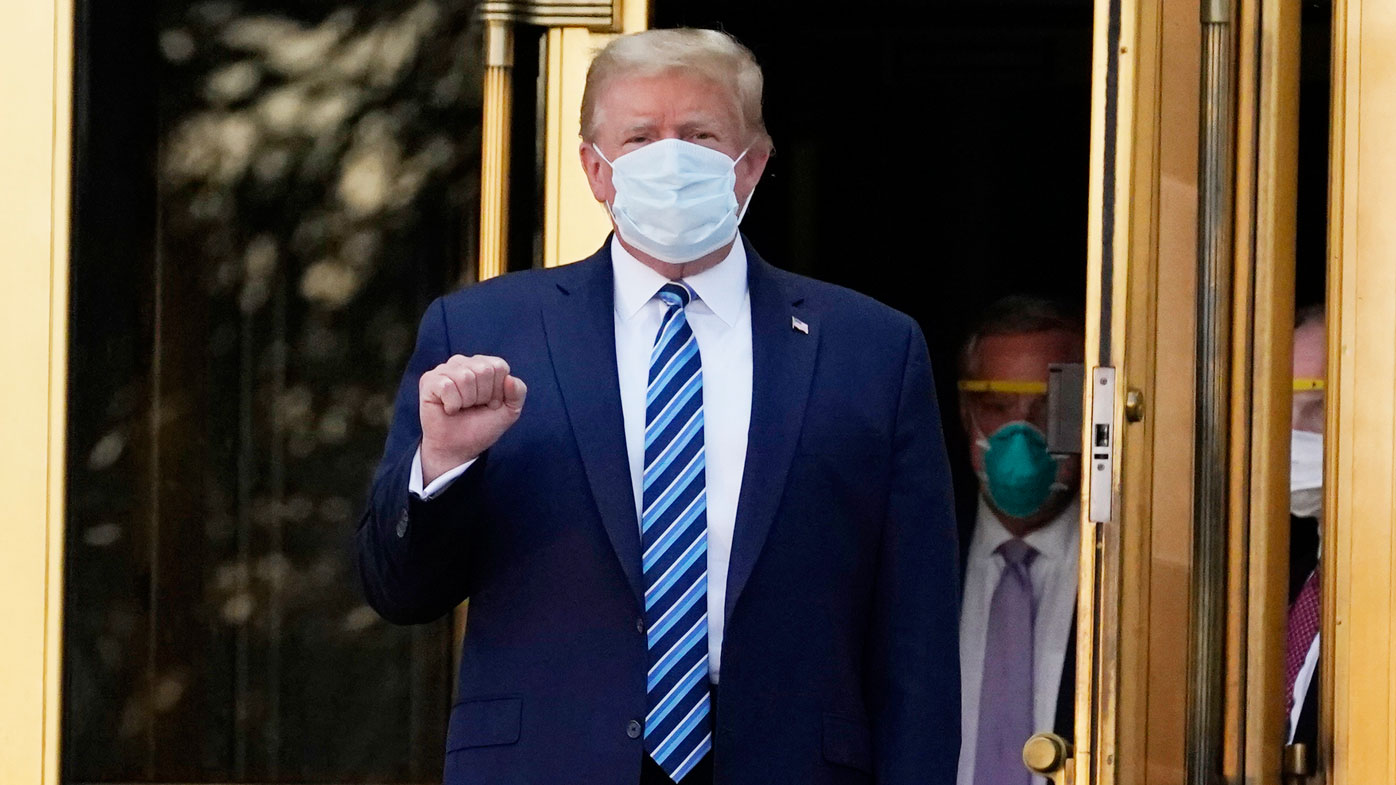 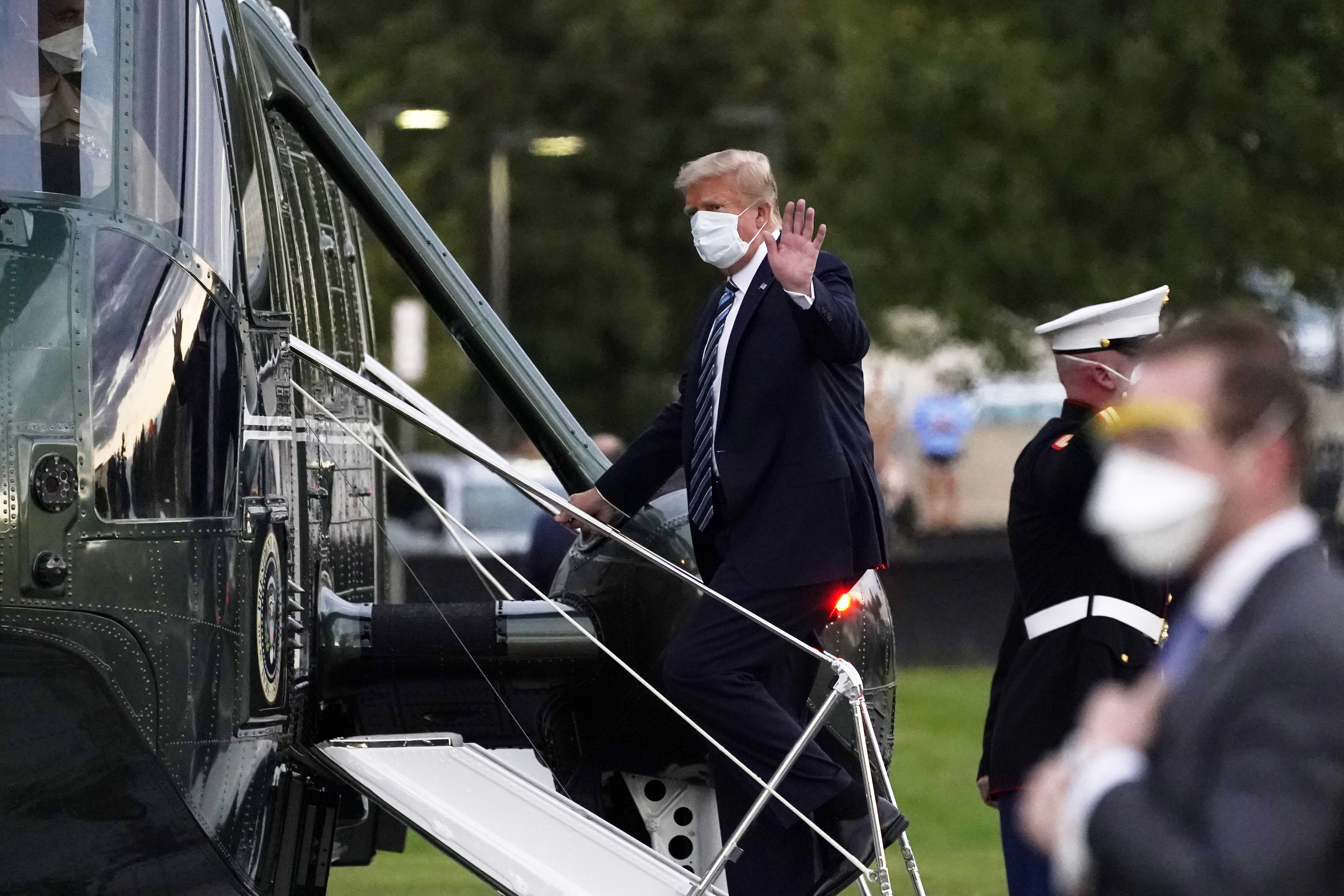 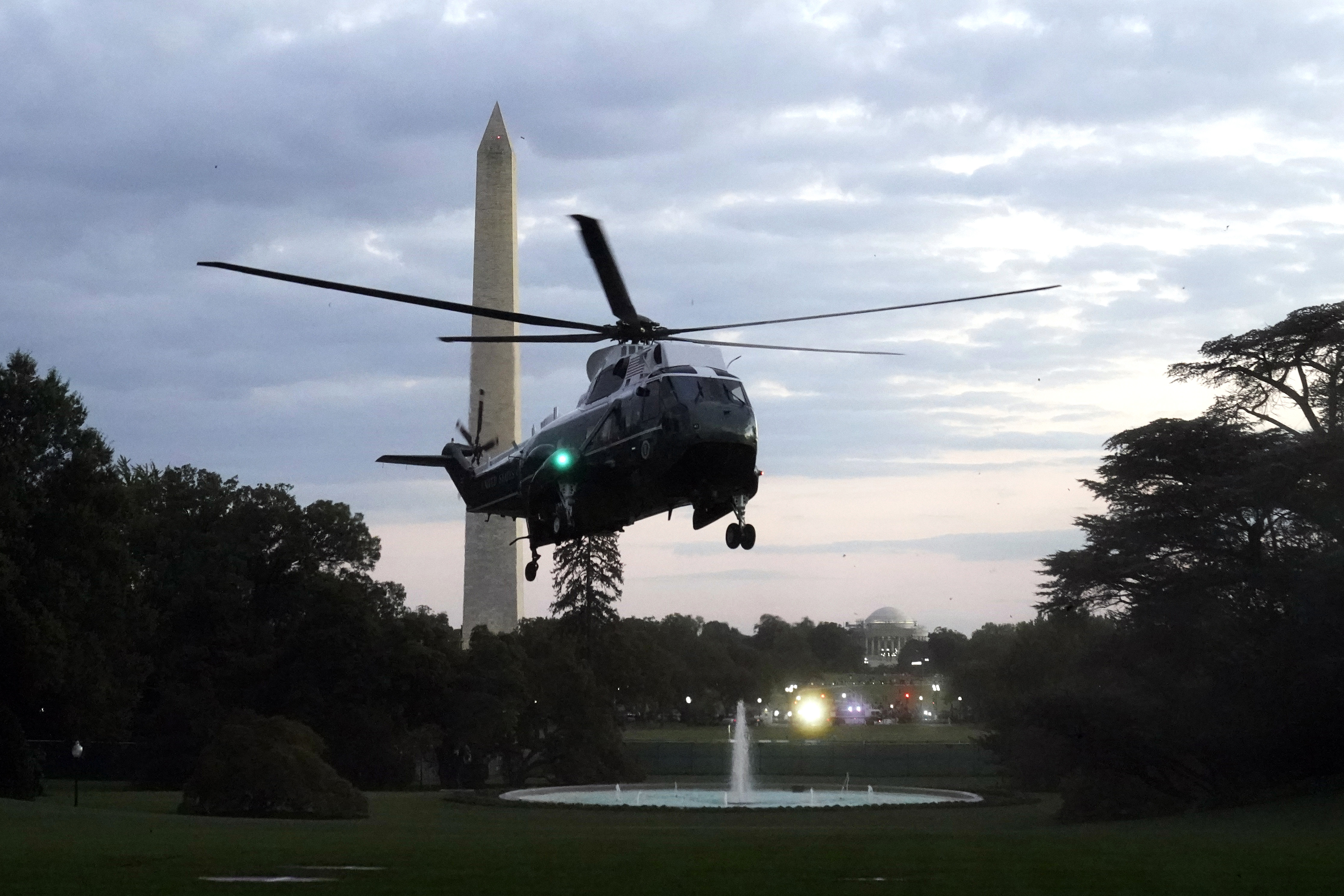 At the White House Mr Trump will be reunited with first lady Melania Trump, who also tested positive for the virus.

Outside the hospital Mr Trump said, "Thank you very much," to the assembled reporters.

Even before he walked out the doors, he tweeted that he'd be back on the campaign trail soon.

It took less than 15 minutes for Marine One to fly the President to the White House, where the timing of his arrival tied in perfectly with picturesque dusk skies.

Mr Trump then briefly stood on a balcony of the White House, surrounded by US flags and with a chandelier inside the White House shining bright behind him.

Before leaving Walter Reed Medical Center, Mr Trump made a point of sounding confident - despite his doctors being unable to confirm when he would no longer be contagious or when he'd be able to travel again. 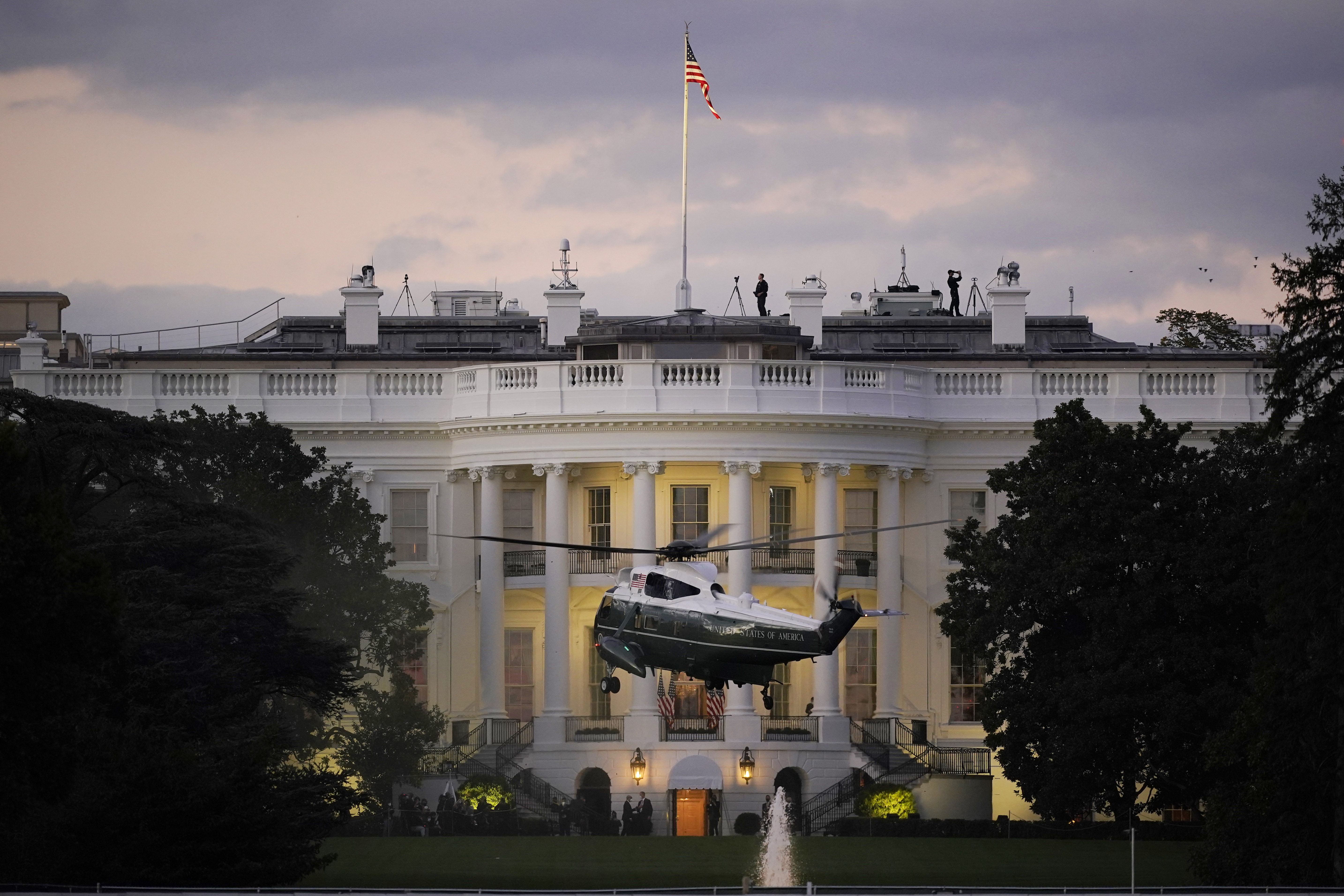 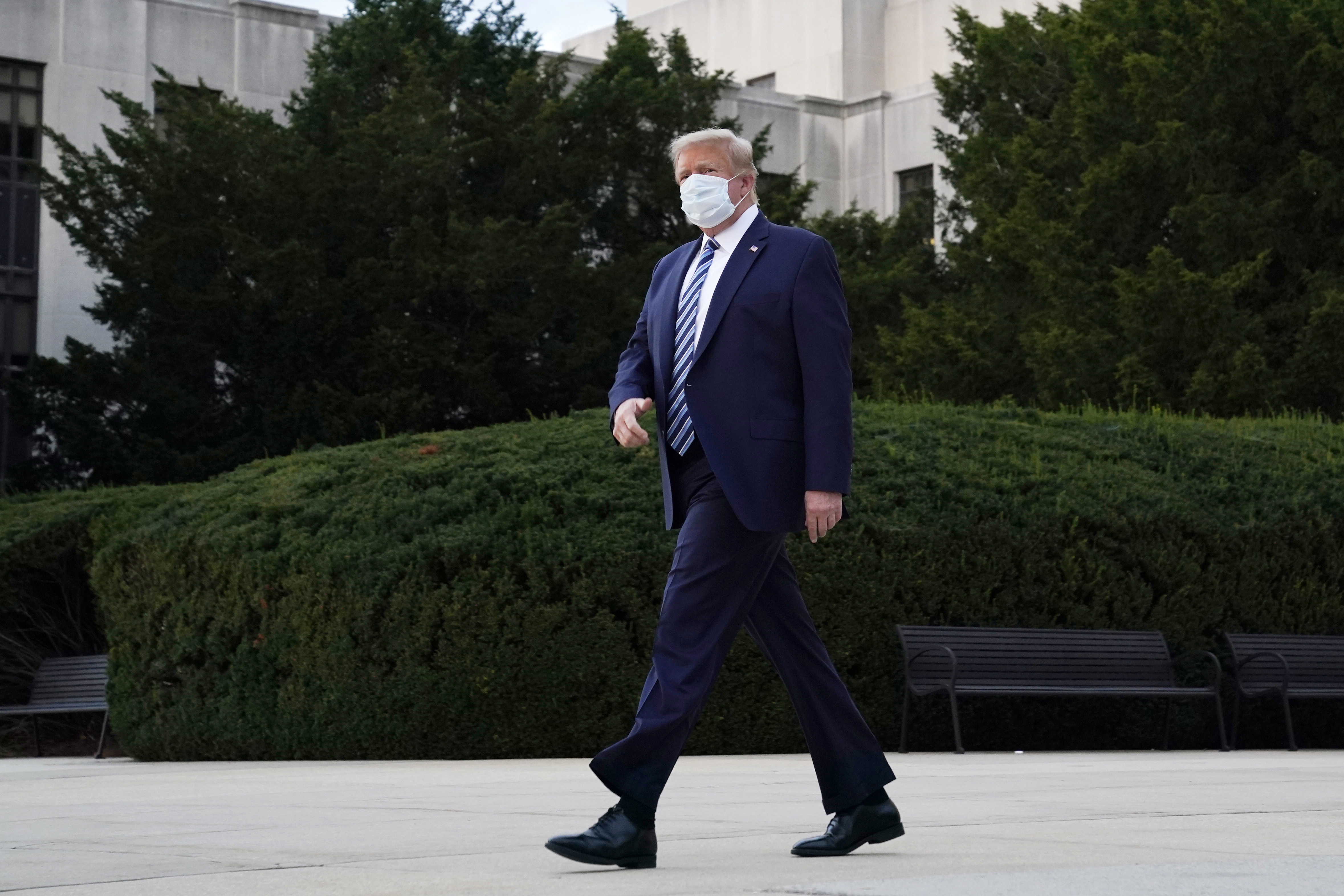 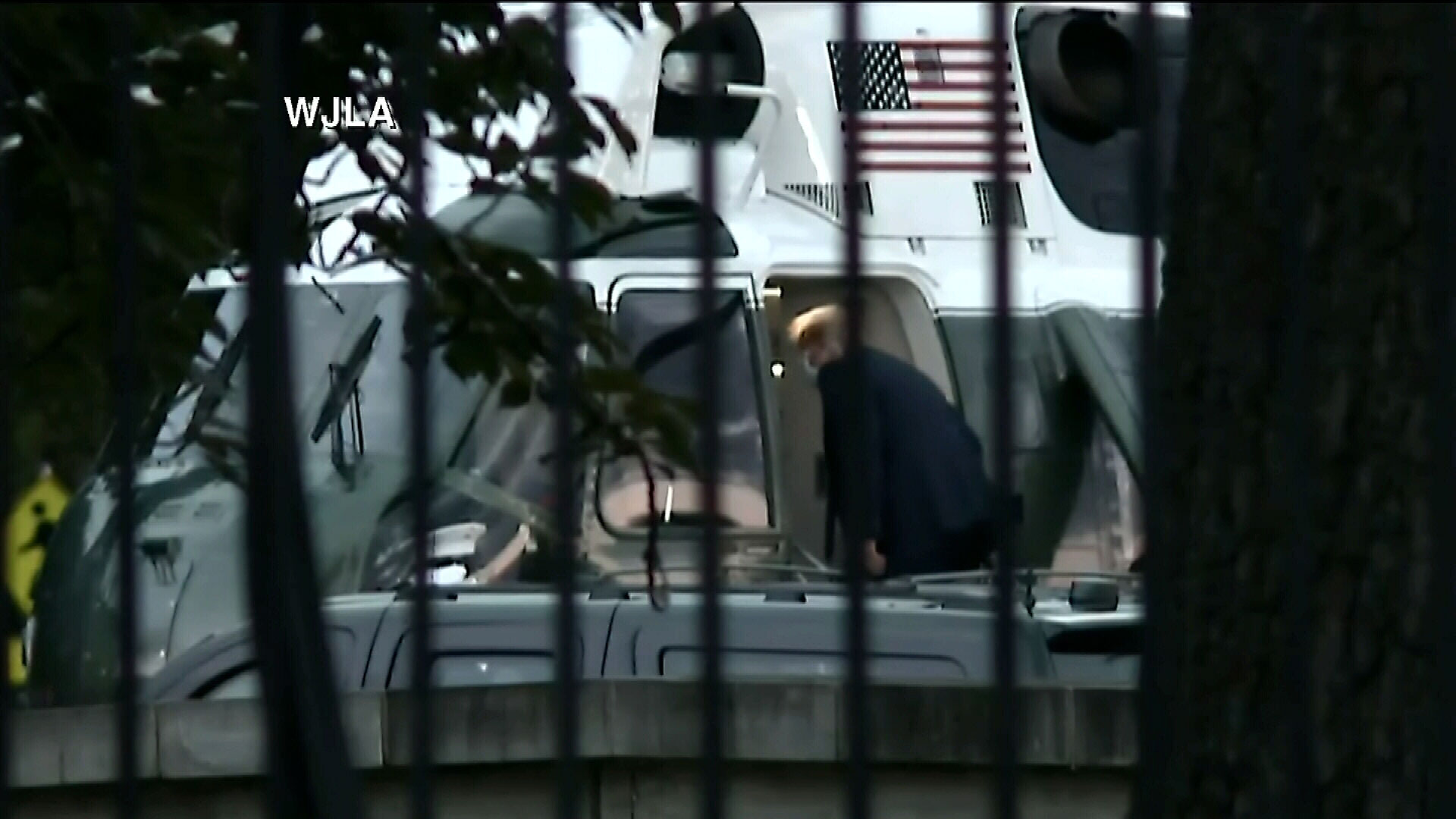 Mr Trump tweeted, "I will be leaving the great Walter Reed Medical Center today at 6:30 P.M. Feeling really good! Don't be afraid of COVID. Don't let it dominate your life. ... I feel better than I did 20 years ago!"

READ:  Coronavirus: 'It's very insidious and not something we can see'

The president's personal physician, Dr Sean Conley, told reporters today that Mr Trump is not out of the woods yet, but that there is no care at the hospital that the president cannot get at the White House.

President Trump is planning to participate in the next presidential debate scheduled for October 15, according to reports.

Unlike the first debate, the second presidential debate will take the form of a town hall where questions will be posed to the candidates from Miami-area residents.

Doctors say Mr Trump will be given advanced testing that is not readily available to determine when no more viable virus is present.

Typically, COVID-19 patients don't have tests when they leave the hospital.

Mr Sean Conley said the president was in "uncharted territory" and would not be fully out of the woods for another week.

Dr Conley was also upbeat at an afternoon briefing and said the president could resume his normal schedule once "there is no evidence of live virus still present."

According to the Centres for Disease Control and Prevention, those with mild to moderate symptoms of COVID-19 can be contagious for as many — and should isolate for at least — 10 days.

Mr Trump's discharge raised new questions about how the administration was going to protect other officials from a disease that remains rampant in the president's body, and came as the scale of the outbreak at the White House itself is still being uncovered. 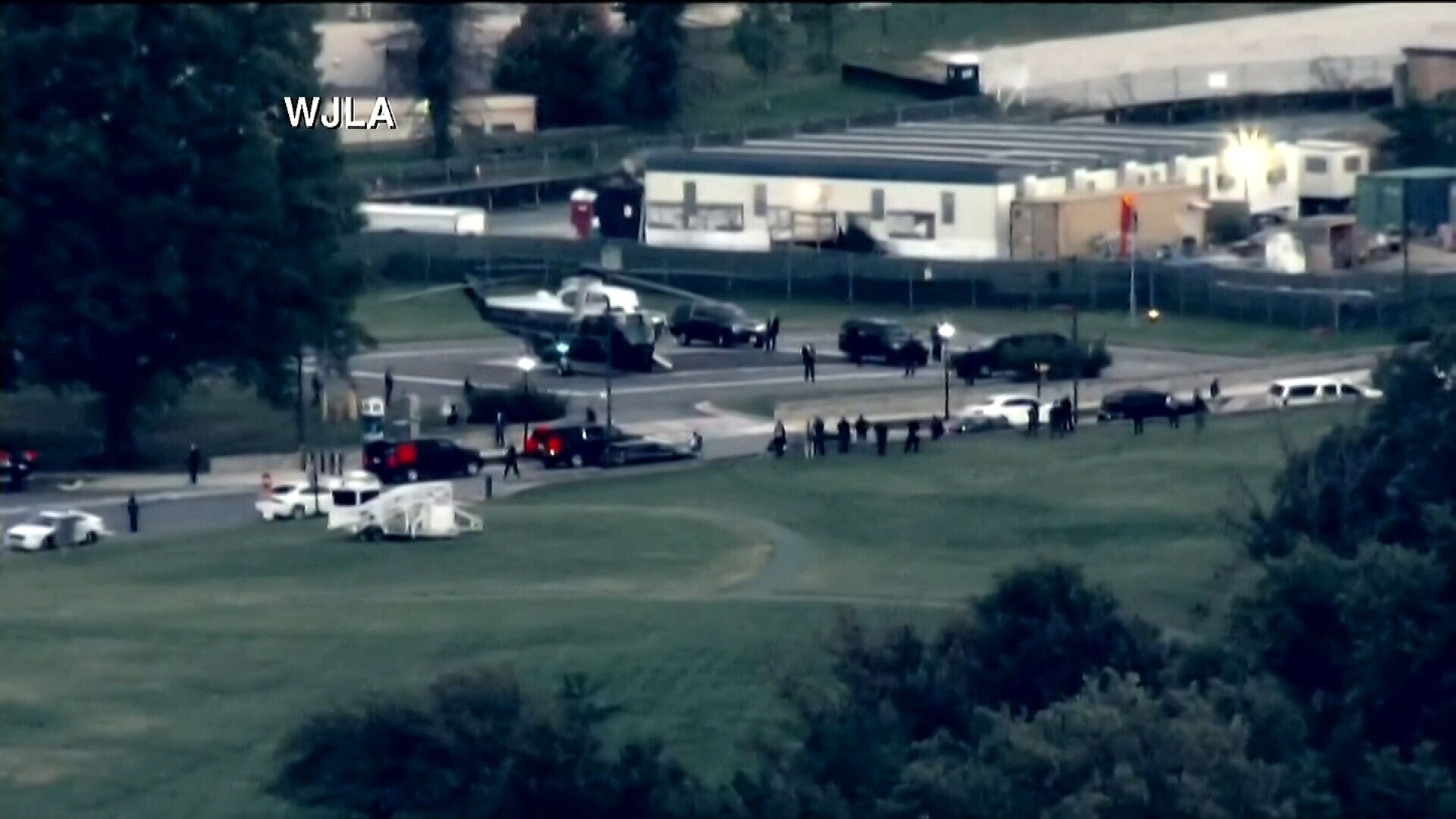 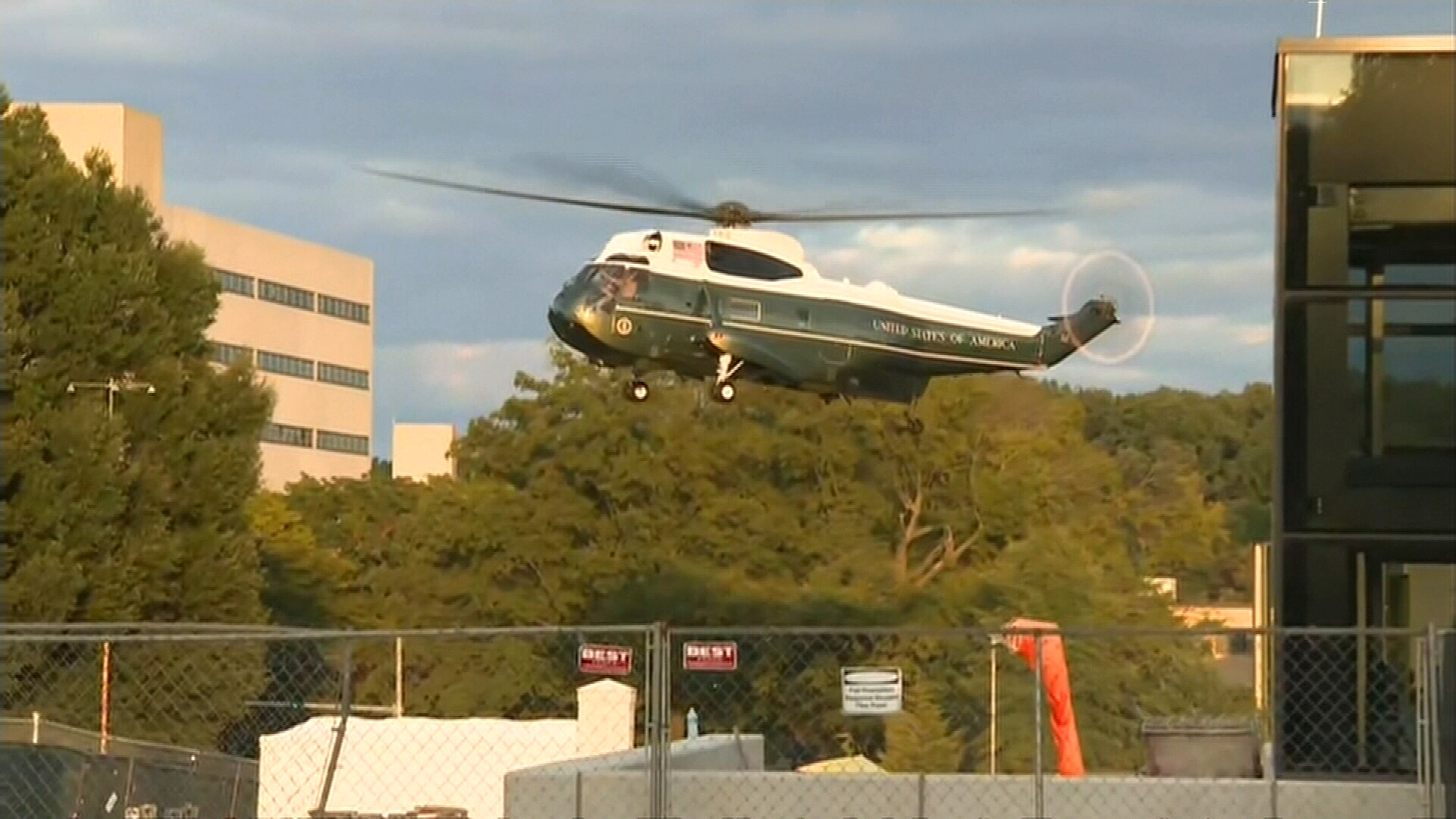 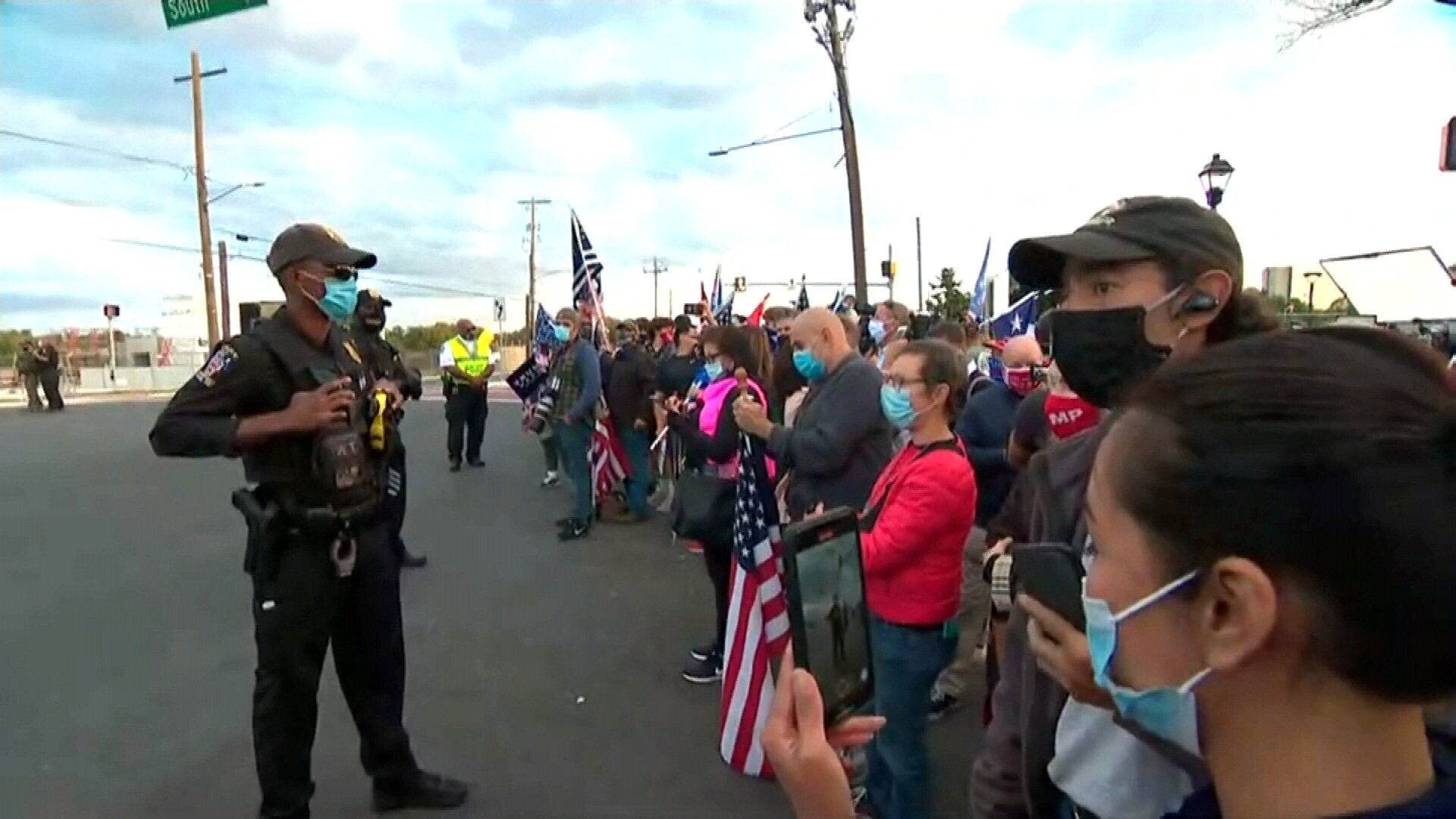 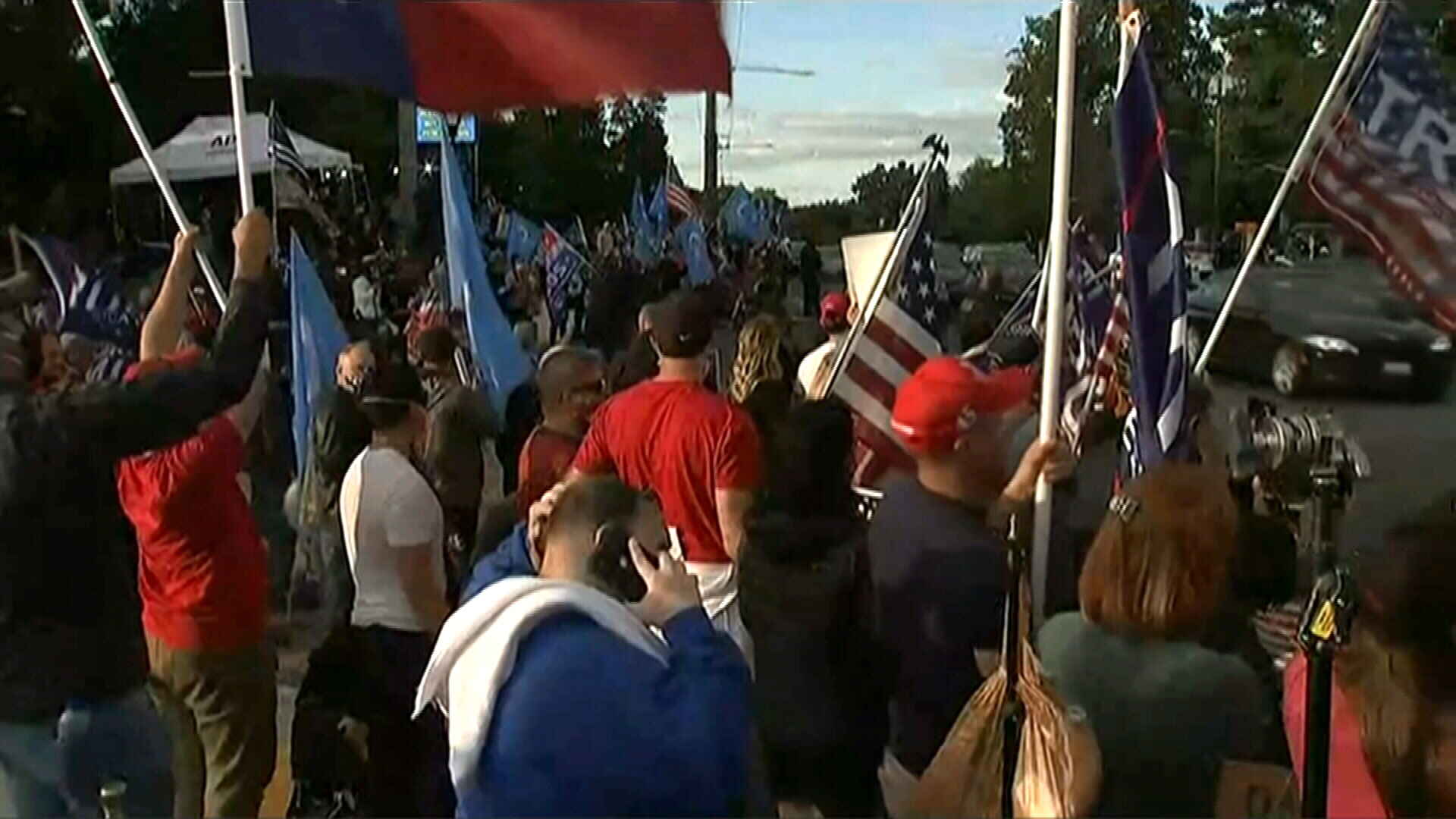 Press secretary Kayleigh McEnany announced she had tested positive for the virus today and was entering quarantine.

Dr Conley repeatedly declined to share results of medical scans of Mr Trump's lungs, saying he was not at liberty to discuss the information because Mr Trump did not waive doctor-patient confidentiality on the subject.

COVID-19 has been known to cause significant damage to the lungs of some patients.

Dr Conley also declined to share the date of Mr Trump's most recent negative test for the virus — a critical data point for contact tracing and understanding where Mr Trump was in the course of the disease.