President Donald Trump’s lawyers opened their impeachment trial defense by asserting that he “did absolutely nothing wrong” when he asked Ukraine to investigate a political rival, Joe Biden.

President Donald Trump's lawyers opened their impeachment trial defense by asserting that he "did absolutely nothing wrong" when he asked Ukraine to investigate a political rival, Joe Biden.

They accused Democratic prosecutors of omitting key evidence when they presented their case.

The president's lawyers are pressing the Republican-led chamber to acquit Mr Trump of charges that he abused his power and obstructed Congress. 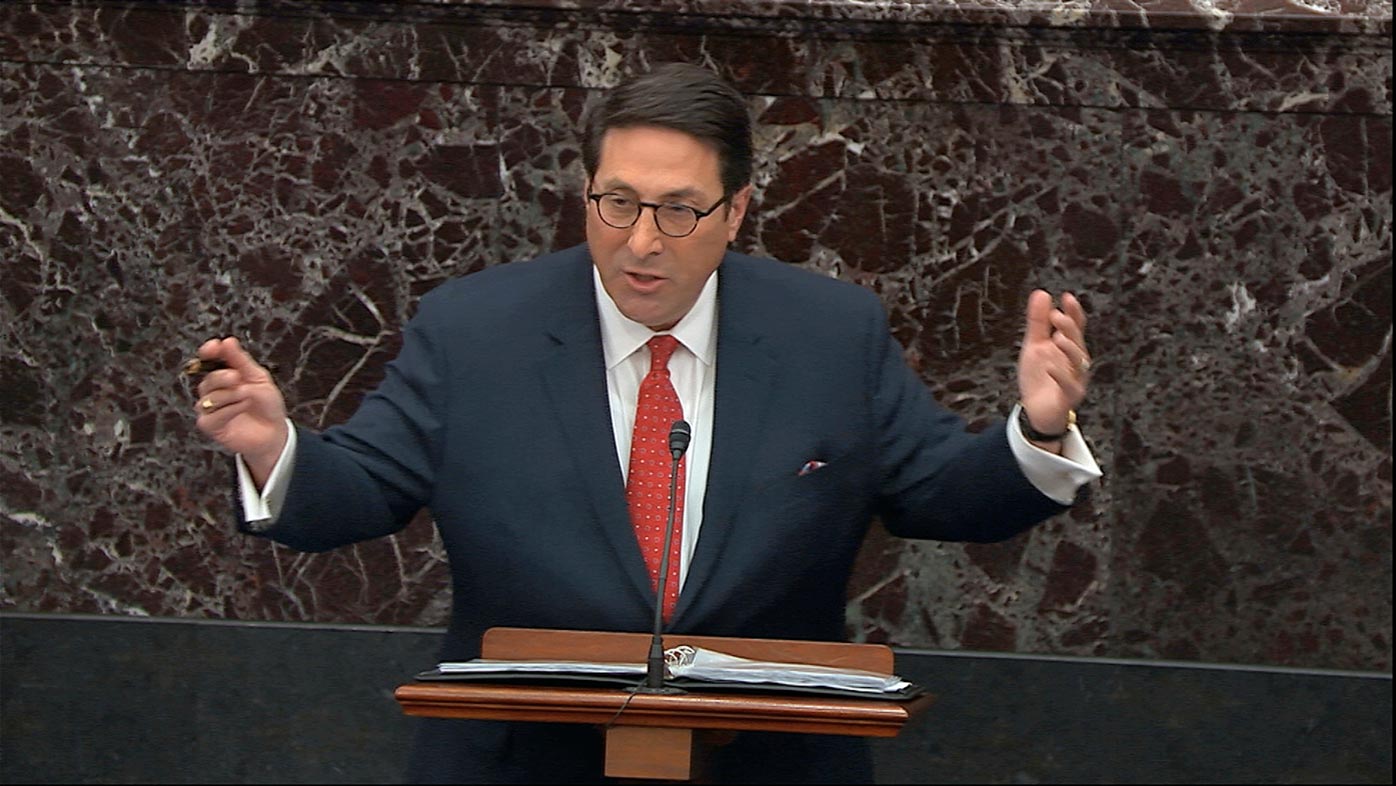 Mr Trump's legal team planned an aggressive, wide-ranging defense asserting an expansive view of presidential powers and portraying him as besieged by political opponents determined to undo the results of the 2016 election and ensure he won't be reelected this November.

The lawyers also aim to put Democrat Joe Biden on the defensive as he campaigns for the leadoff Iowa caucuses next month.

"They're asking you not only to overturn the results of the last election, but as I've said before, they're asking you to remove President Trump from an election that's occurring in approximately nine months," said White House Counsel Pat Cipollone.

"They're asking you to tear up all the ballots across this country on their own initiative."

The opening of the defense's case comes after a three-day presentation by House Democrats. As they wrapped up on Friday, they asserted that Mr Trump will persist in abusing his power and endangering American democracy unless Congress intervenes to remove him before the 2020 election.

They also implored Republicans to allow new testimony to be heard before senators render a final verdict.

Mr Trump's lawyers contend Mr Trump was within his rights as president when he asked Ukraine for the investigation. 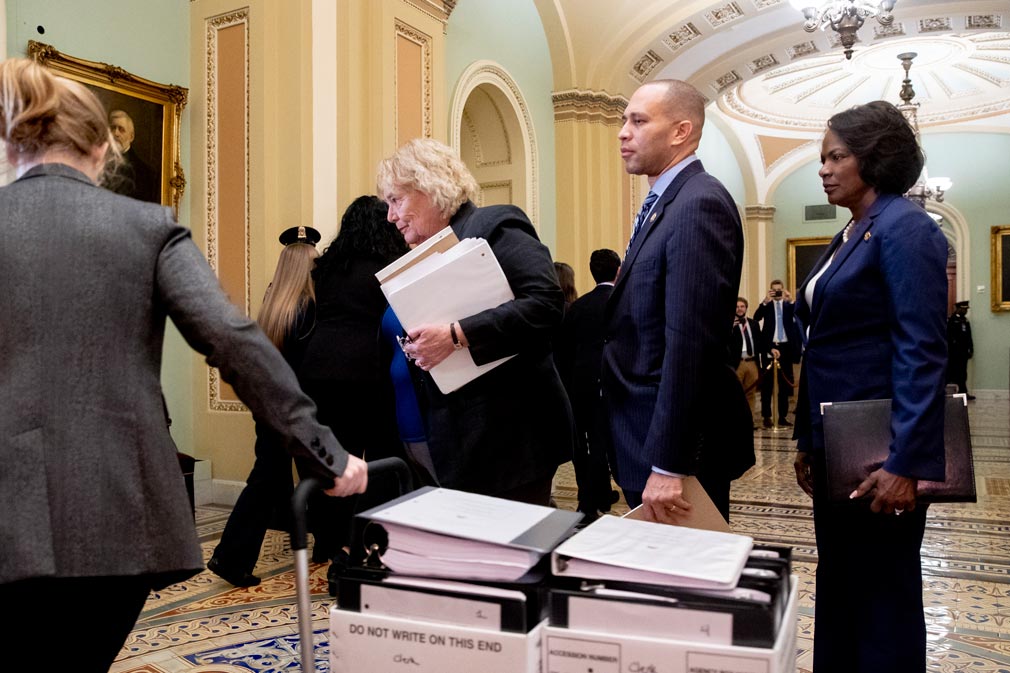 Where the impeachment trial currently stands?

House managers made the procession across the Capitol before the trial resumed Saturday to deliver the 28,578-page record of their impeachment case to the Senate.

Republicans who found the presentation tedious and redundant can expect differences in tone and style from Mr Trump's lawyers, who planned to attack the impeachment as much on political as legal grounds.

"It's really trying to remove the president from the ballot in 2020. They don't trust the American people to make a decision," attorney Jay Sekulow said.

Defense lawyers were expected to press the argument that Mr Trump was a victim not only of Democratic outrage but also of overzealous agents and prosecutors.

The lawyers probably will cite mistakes made by the FBI in its surveillance of a former Trump campaign aide in the now-concluded Russia investigation.

In response to allegations that he invited foreign interference, they already have argued that it was no different from Hillary Clinton's campaign's use of a former British spy to gather opposition research on Mr Trump in 2016.

Acquittal was likely, given that Republicans hold a 53-47 majority in the Senate, and a two-thirds vote would be required for conviction.

Mr Trump, with his eyes on the audience beyond the Senate chamber, bemoaned the trial schedule in a tweet, saying it "looks like my lawyers will be forced to start on Saturday, which is called Death Valley in T.V.".

Arguments were scheduled for just a few hours Saturday in what defense lawyers called a sneak preview. They'll continue Monday.

The president is being tried in the Senate after the House impeached him last month on charges he abused his office by asking Ukraine for the probes at the same time the administration withheld hundreds of millions of dollars in military aid.

The second article of impeachment against Mr Trump accuses him of obstructing Congress by refusing to turn over documents or allow officials to testify in the House probe.

The Senate is heading next week toward a pivotal vote on Democratic demands for testimony from top Trump aides, including acting chief of staff Mick Mulvaney and former national security adviser John Bolton, who refused to appear before the House.

It would take four Republican senators to join the Democratic minority to seek witnesses, and so far the numbers appear lacking.