The US House of Representatives has voted to send two articles of impeachment against President Donald Trump to the Senate.

The US House of Representatives has voted to send two articles of impeachment against President Donald Trump to the Senate and approve House prosecutors for only the third impeachment trial in American history.

The vote was 228-193, coming at the start of a presidential election year and one month after the House impeached Trump alleging abuse of power over his pressure on Ukraine to investigate Democratic rival Joe Biden, using military aid to the country as leverage. Trump was also charged with obstructing Congress' ensuing probe.. 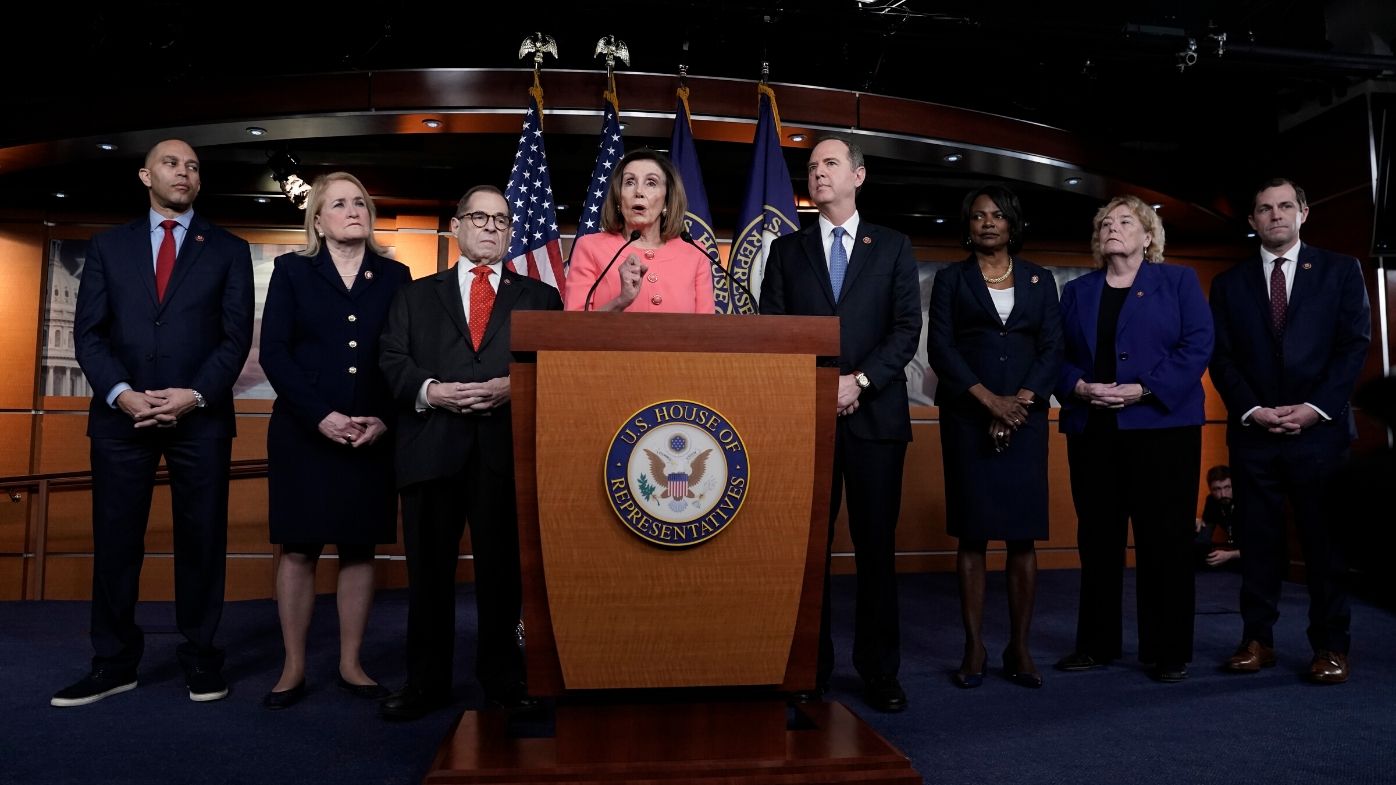 "We are here today to cross a very important threshold in American history," Pelosi said, addressing the House before the vote.

"This is what an impeachment is about,″ she said earlier, announcing the prosecution team. "The president violated his oath of office, undermined our national security, jeopardised the integrity of our elections."

Trump, during an event at the White House, rejected the charges as a "hoax."

The president's team expects acquittal with a Senate trial lasting no more than two weeks, according to senior administration officials unauthorised to discuss the matter and granted anonymity.

Trump opposes the calling of additional witnesses, and the officials said they expect the trial to conclude before Trump delivers his State of the Union address February 4.

All but one Democrat, Rep. Collin Peterson of Minnesota, voted to transmit the articles. All Republicans voted against. One former Republican-turned-independent, Rep. Justin Amash of Michigan, joined Democrats.

The top Republican in the House, Kevin McCarthy of California, said Americans will look back on this "sad saga" that tried to remove the president with the "weakest case."

Later Wednesday, the House managers were to walk the articles across the Capitol to the Senate in a dramatic procession. The Senate trial is set to start tomorrow.

The seven-member prosecution team will be led by the chairmen of the House impeachment proceedings, Reps. Adam Schiff of the Intelligence Committee and Jerry Nadler of the Judiciary Committee, two of Pelosi's top lieutenants for only the third presidential impeachment in the nation's history.

Trump's trial will be only the third presidential impeachment trial in US history, and it comes against the backdrop of a politically divided nation and an election year.

New details of Trump's efforts on Ukraine emerged late yesterday, increasing pressure on senators to call witnesses in the trial, a step that Senate Majority Leader Mitch McConnell has been reluctant to take.

House investigators announced they were turning over a "trove" of new records of phone calls, text messages and other information from Lev Parnas, an associate of Trump lawyer Rudy Giuliani. 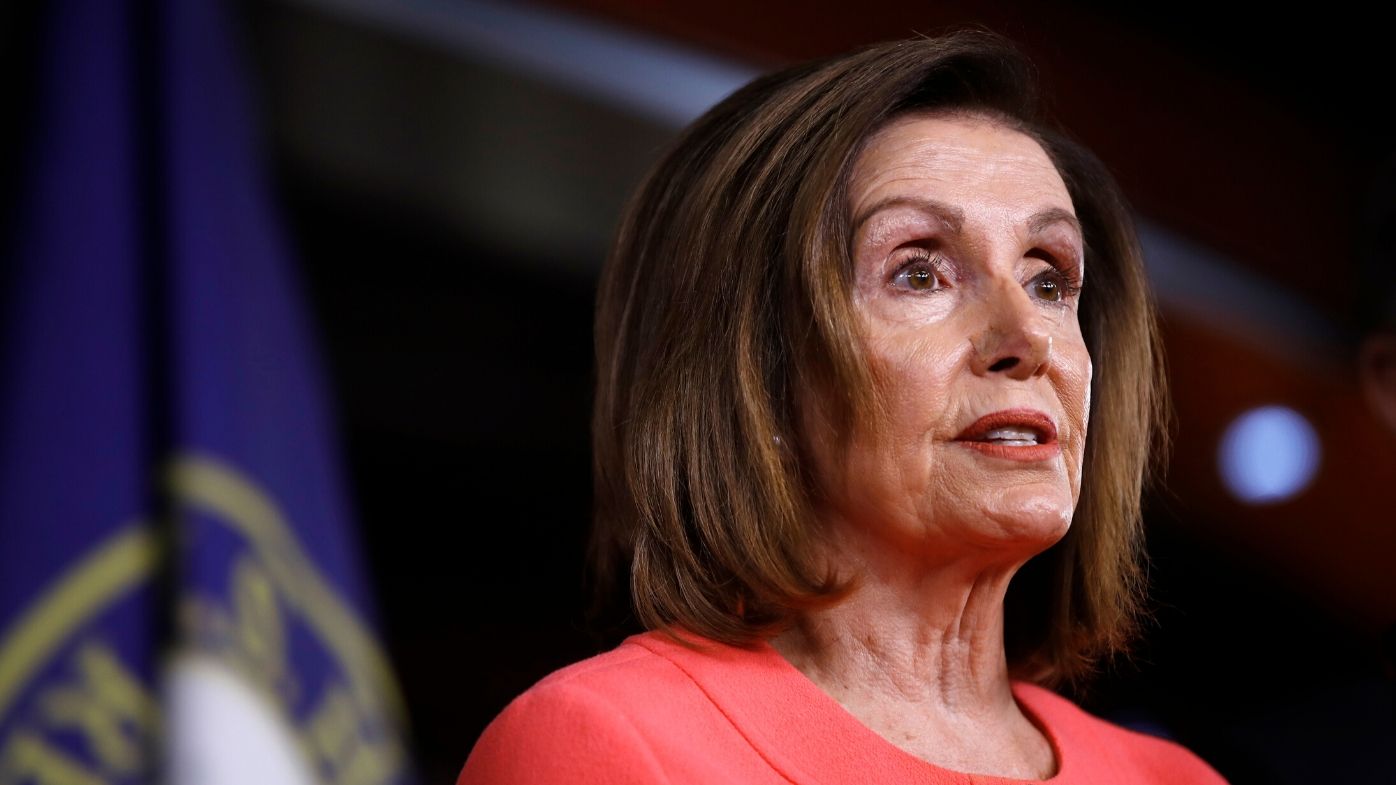 Schiff said the information shows Trump's effort ''to coerce Ukraine into helping the President's reelection campaign." He said this and other new testimony must be included in the Senate trial.

The Senate is expected to transform into an impeachment court as early as tomorrow, although significant proceedings wouldn't begin until next Tuesday after the Martin Luther King Jr. holiday.

The Constitution calls for the chief justice to preside over senators, who serve as jurors, to swear an oath to deliver "impartial justice.''

McConnell, who is negotiating rules for the trial proceedings, said all 53 GOP senators are on board with his plan to start the session and consider the issue of witnesses later. 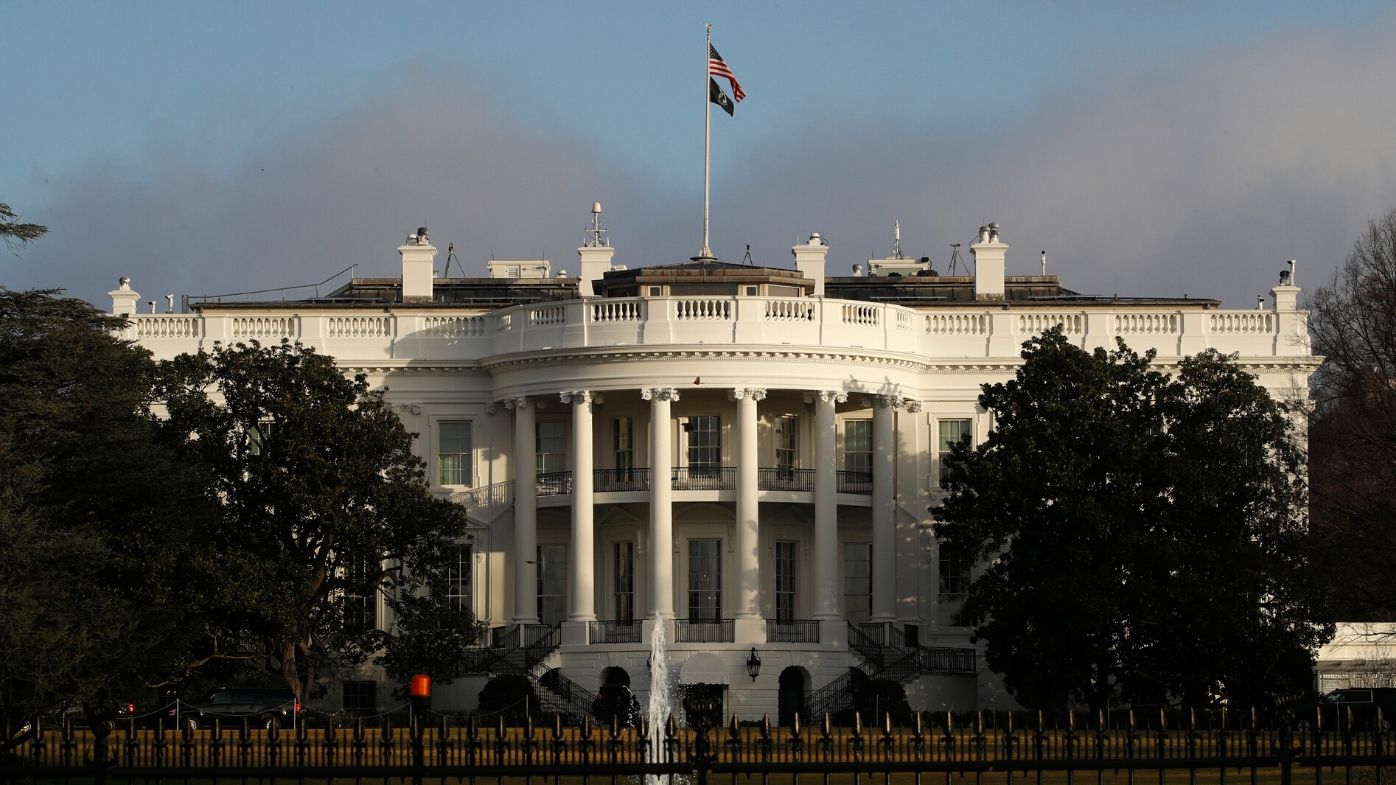 Senate Republicans also signalled they would reject the idea of simply voting to dismiss the articles of impeachment against Trump, as Trump himself has suggested. McConnell agreed he does not have the votes to do that.

"There is little or no sentiment in the Republican conference for a motion to dismiss," McConnell said Tuesday. ''Our members feel we have an obligation to listen to the arguments."

What happens after the US House vote?

Around lunchtime (local time), Pelosi is expected to speak on the floor and the US House will vote to transmit the articles to the Senate.

Then, later in the day, the whole prosecution team will line up behind House Sergeant-at-Arms Paul Irving and House Clerk Cheryl Johnson, who will be holding the articles in folders.

The procession will walk, two by two, through National Statuary Hall, past Pelosi's office, across the Rotunda and to the doors of the Senate.

Johnson will then hand the articles to Secretary of the Senate Julie E. Adams.

The managers will return to the House until the Senate admits them.

The Senate then considers some mundane-sounding details, as well as some historic ones, according to the precedent of Bill Clinton's impeachment trial.

First, they'll consider resolutions on such things as how to arrange the chamber to accommodate the prosecution and defense teams, and who can watch from the galleries.

READ:  Child dies after being pulled from burning building in Melbourne 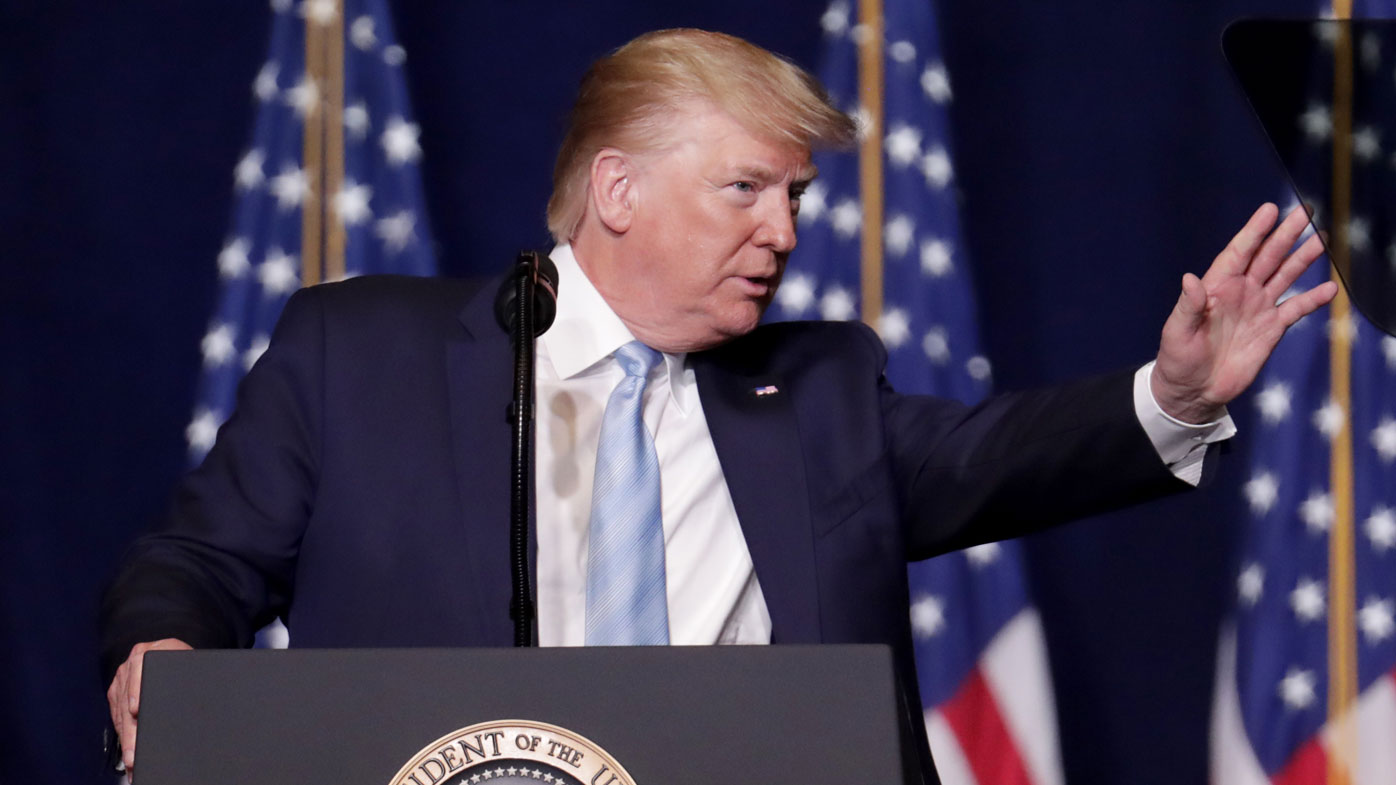 Then, according to a memo circulated among senators, comes a series of formalities, including the reception of the House managers.

By the end of the week, the managers are expected to exhibit the articles of impeachment.

The senators will take their oaths and sign an oath book used since 1986 for presidential and judicial impeachment trials that has been stored at the National Archives.

Senate rules say the trial then begins, and runs six days a week — not on Sunday — until it's resolved. But senators could vote to change the schedule.

Will witnesses be called to the Senate trial?

The jury is out on whether the Senate calls witnesses, but it's possible.

Former national security adviser John Bolton has agreed to testify if subpoenaed, and some Republicans have been meeting privately to guarantee that witnesses can be called. 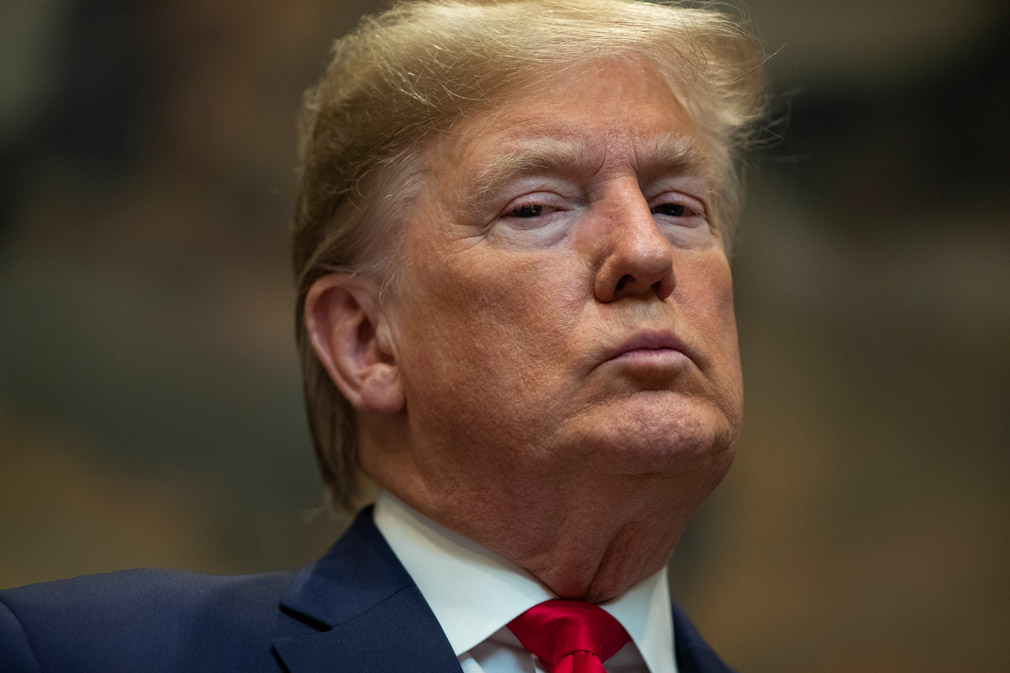 With a 53-seat Republican majority, four GOP senators would have to vote with all Democrats to cross the 51-vote threshold.

On this, GOP moderate Senators Susan Collins, Mitt Romney, Lisa Murkowski and Lamar Alexander are expected to be the politicians who could side with the Democrats.

Any plan for witnesses would likely involve depositions and testimony from people called by Republicans and Democrats.

Trump has said he wants the Senate to call Pelosi and Schiff, but that's highly unlikely.

With the Associated Press and CNN.