US Chief Justice John Roberts has been sworn to preside over President Donald Trump’s impeachment trial.

US Chief Justice John Roberts has been sworn to preside over President Donald Trump's impeachment trial, then immediately administered the oath to the full Senate to ensure "impartial justice" as jurors for only the third such proceeding in American. history.

Roberts made the short trip across the street from the Supreme Court in Washington DC before being ushered to the Senate chamber.

"Will all senators now stand, and remain standing, and raise their right hand," Roberts said.

"Do you solemnly swear that in all things appertaining to the trial of the impeachment of Donald John Trump, president of the United States, now pending, you will do impartial justice according to the Constitution and laws, so help you God?" 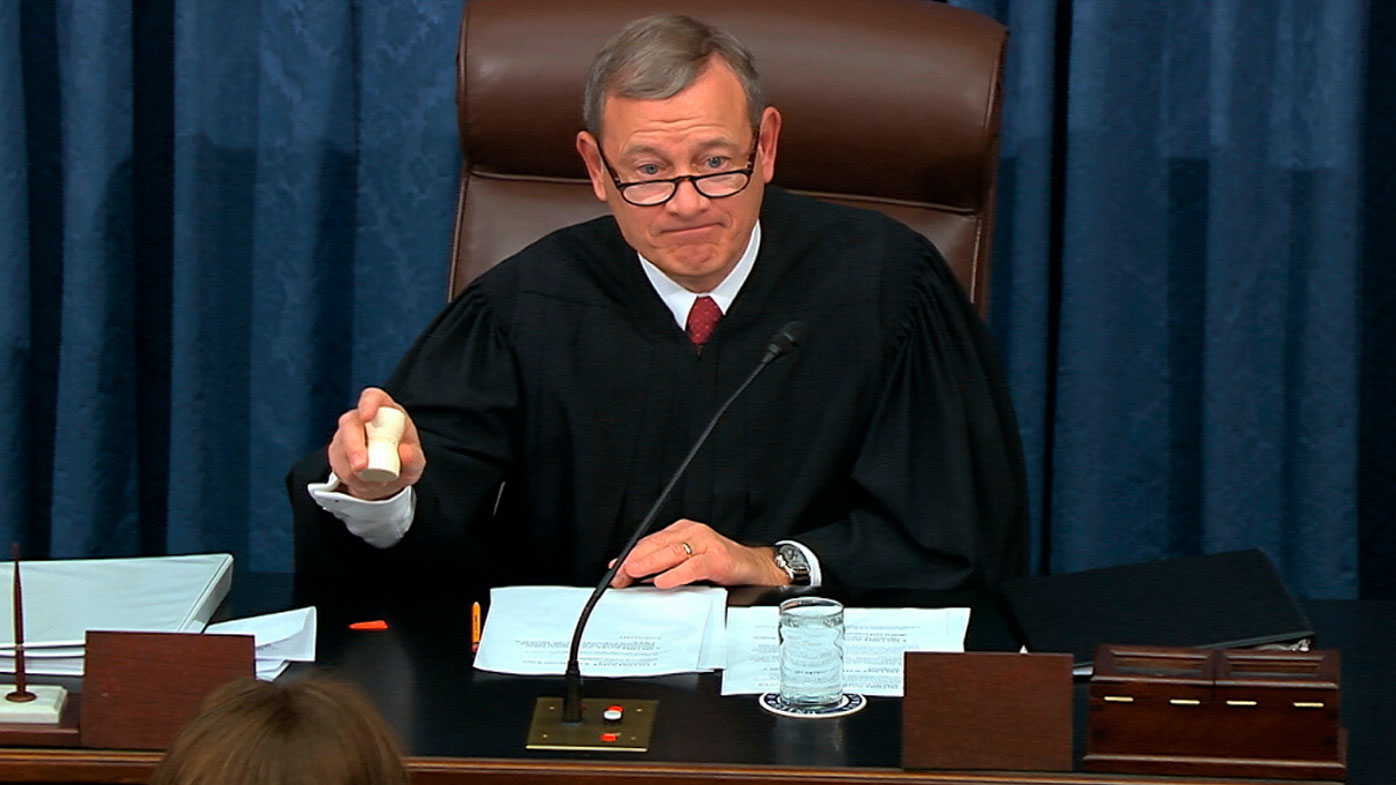 The senators, at their desks, responded and then were called up to sign the oath book

The Constitution mandates the chief justice serve as the presiding officer. Roberts, who has long insisted judges are not politicians, is expected to serve as a referee for the proceedings rather than an active participant. Senators will ultimately render the verdict.

Republican Senator James Inhofe was absent, home in Oklahoma for a family medical issue, his office said. He plans to return when the full trial begins next week.

The Senate opened the impeachment trial at the start of the election year as Trump seeks another term, a test not only of his presidency but also of the nation's three branches of power and its system of checks and balances. Several senators are running for the Democratic Party's nomination to challenge Trump in November. 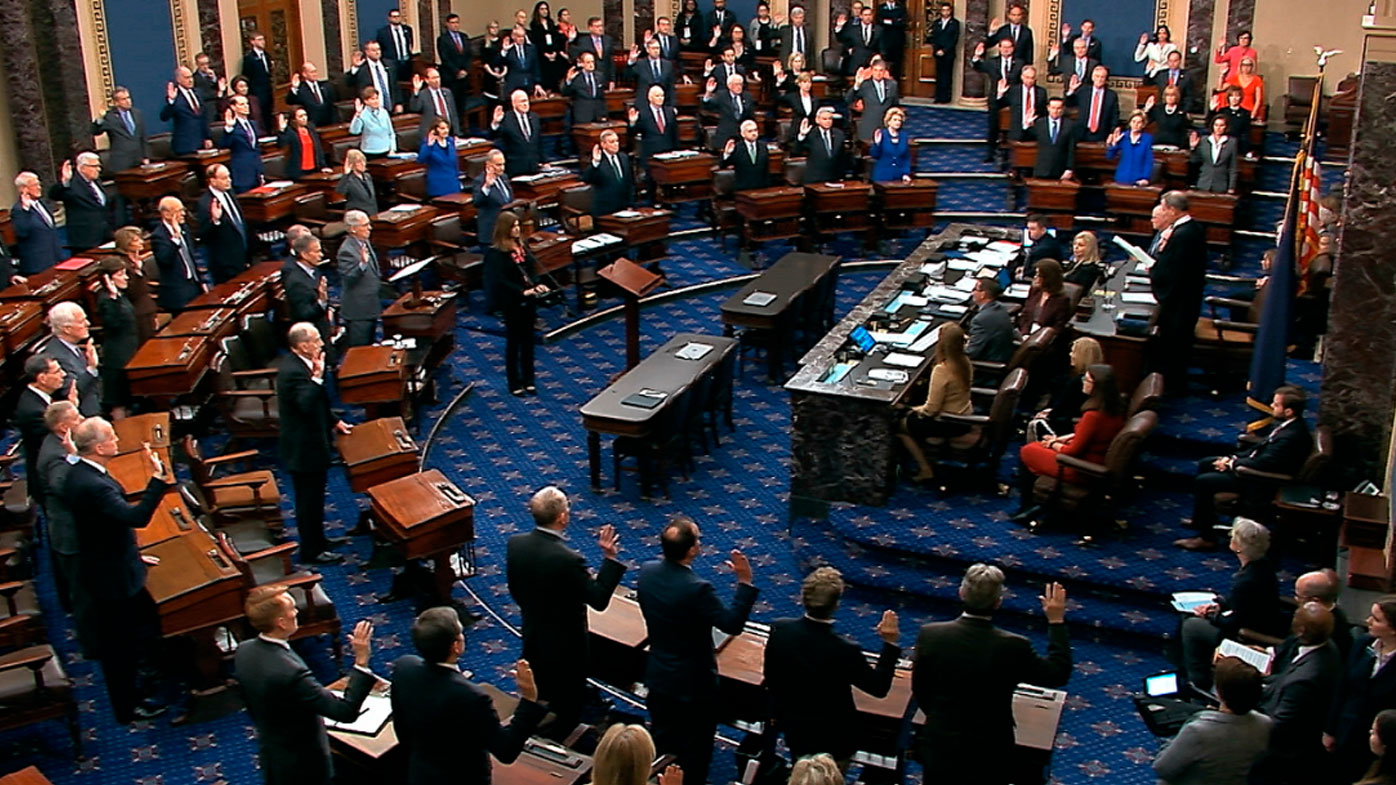 Earlier Thursday, House Democrats prosecuting the case stood before the Senate and formally read the articles of impeachment against Trump.

Senators filled the chamber, sitting silently at their seats under strict trial rules that prohibit talking or cellphones, as the ceremonial protocol shifted the proceedings out of Speaker Nancy Pelosi's Democratic-run House to the Republican-majority Senate.

Seven lawmakers prosecuting the charges, led by Rep. Adam Schiff of the Intelligence Committee and Rep. Jerrold Nadler of the Judiciary Committee, made the solemn walk across the Capitol for a second day.

"With the permission of the Senate, I will now read the articles of impeachment," said Schiff, standing at a lectern in the well of the chamber, a space usually reserved for senators.

All eyes were on him. The other House prosecutors stood in a row to his side.

Trump faces a charge that he abused his presidential power by pressuring Ukraine to investigate Democratic rival Joe Biden, using military aid to the country as leverage.

Trump was also charged with obstructing Congress' ensuing probe.Ahead of the proceedings the Government Accountability office said Thursday that the White House violated federal law in withholding the security assistance to Ukraine, which shares a border with hostile Russia.

The president calls the impeachment a "hoax," even as new information emerges about his actions toward Ukraine that led to the charges against him.