On Wednesday, the United States House of Representatives voted to impeach Donald Trump after accusing the president of inciting insurrection ahead of last week’s storming of the Capitol in Washington DC.It was an historic moment. Trump …

On Wednesday, the United States House of Representatives voted to impeach Donald Trump after accusing the president of inciting insurrection ahead of last week’s storming of the Capitol in Washington DC.

It was an historic moment. Trump became the first president to be impeached twice.

But despite the seriousness of the charge, and Republicans breaking ranks with Trump to back the impeachment efforts, it’s unclear whether the outgoing commander-in-chief will face a formal punishment for his actions beyond another stain on his record.

Now the House, the lower chamber of Congress, has voted to impeach, the Article of Impeachment moves to the (for now) Republican-controlled Senate where Trump will face a trial. Senators will act as jurors who would ultimately vote on whether to acquit or convict Trump.

A misconception about impeachment is that it refers to the removal of a president from office. In fact, impeachment refers only to the House of bringing charges that a president engaged in “high crimes or misdemeanours”. One suggestion is that the over-arching aim is to ensure Trump never holds political office again – and that he cannot run for president again in four years.

In the House, a simple majority of its 435 members approved bringing charges – or articles of impeachment. But in the Senate, or the upper chamber, the constitution requires a two-thirds vote to convict. This is where the first attempt to punish Trump – over allegations he improperly sought help from Ukraine to boost his chances of re-election – failed. Just one Republican, former presidential candidate Mitt Romney, voted in favour action.

What happened during the first impeachment?

In 2019, Trump attempted to blackmail the president of Ukraine into fabricating a corruption investigation into former vice president Joe Biden, whom Trump feared would be his most formidable presidential opponent, by withholding congressionally approved military aid.

The House impeached him for alleged abuse of power and obstruction of Congress in December 2019. But the Senate acquitted Trump on both counts in February 2020, falling well short of the two-thirds majority necessary to convict him and remove him from office.

Why has Trump been impeached this time? 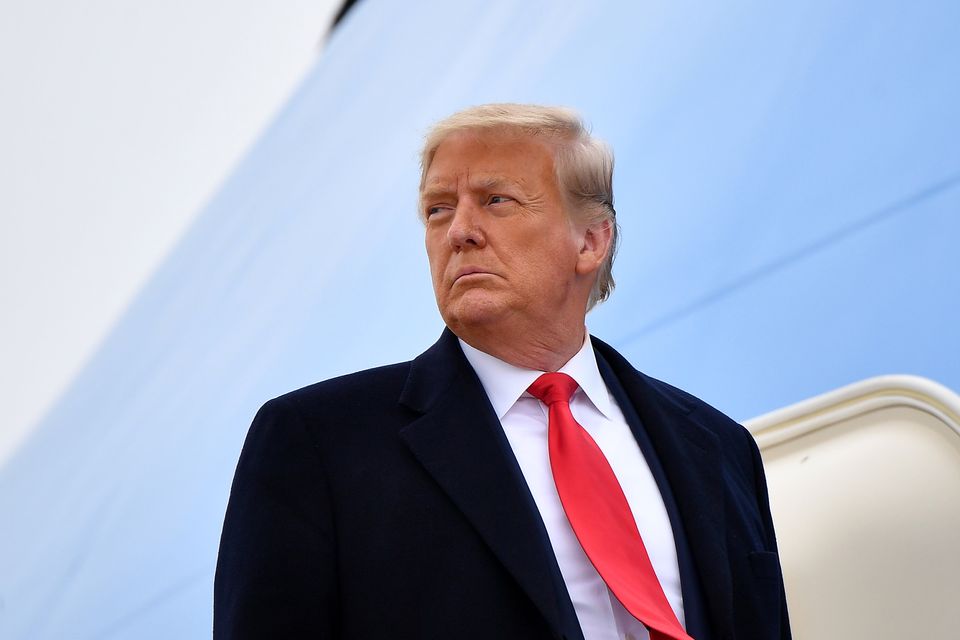 Democrats moved forward on an impeachment vote after vice president Mike Pence on Tuesday rejected an effort to persuade him to invoke the 25th amendment of the US Constitution to remove Trump.

The genesis of Democrats in the House accusing Trump of inciting the “lawless action” goes back months. After Biden won the Democratic Party nomination, Trump began to lay the groundwork for contesting the election by falsely claiming that rules to make it safer for people to make absentee votes during the pandemic were not allowed and would promote fraud via mail-in ballots. After he lost the election, he used the false narrative to claim that the election was rigged and should be overturned. He then pressured and threatened Republican state officials to steal the election for him.

When these Republican officials declined to help Trump, he pivoted to pressuring members of his party in Congress and Pence to refuse to certify Biden’s election during a joint session of Congress held on January 6.

He must be removed from office as swiftly as the Constitution allows.The House impeachment report

As part of this pressure campaign, Trump called his supporters to Washington for a rally on January 6 that he promised “will be wild”. A crowd of Trump supporters gathered on the National Mall where Trump repeated his lie that he won the election and called on them to march on the Capitol.

“[Y]ou’ll never take back your country with weakness,” Trump said. “You have to show strength and be strong.”

He added that “if you don’t fight like hell, you’re not going to have a country anymore”, while telling the crowd to give “the weak” Republicans the “kind of pride and boldness they need to take back our country”.

The Democratic majority on the House judiciary committee released a 76-page impeachment report that said: “These comments directly incited a violent attack on the Capitol that threatened the safety and lives of the vice president, the speaker of the house, and the president pro tempore of the Senate, the first three individuals in the line of succession to the presidency.”

As mayhem unfolded, Trump reportedly watched it on television with glee as the insurrection he created would delay and possibly derail the certification of the election. He also praised the insurrectionists he inspired as he lightly urged them to go home.

“These are the things and events that happen when a sacred landslide election victory is so unceremoniously and viciously stripped away from great patriots who have been badly and unfairly treated for so long,” Trump tweeted. “Go home with love and in peace. Remember this day forever.”

The House impeachment report states: “He must be removed from office as swiftly as the Constitution allows. He must also be disqualified to prevent the recurrence of the extraordinary threat he presents.”

READ:  More than 900 US coronavirus deaths in past 24 hours: Johns Hopkins University

Will Trump be convicted this time? 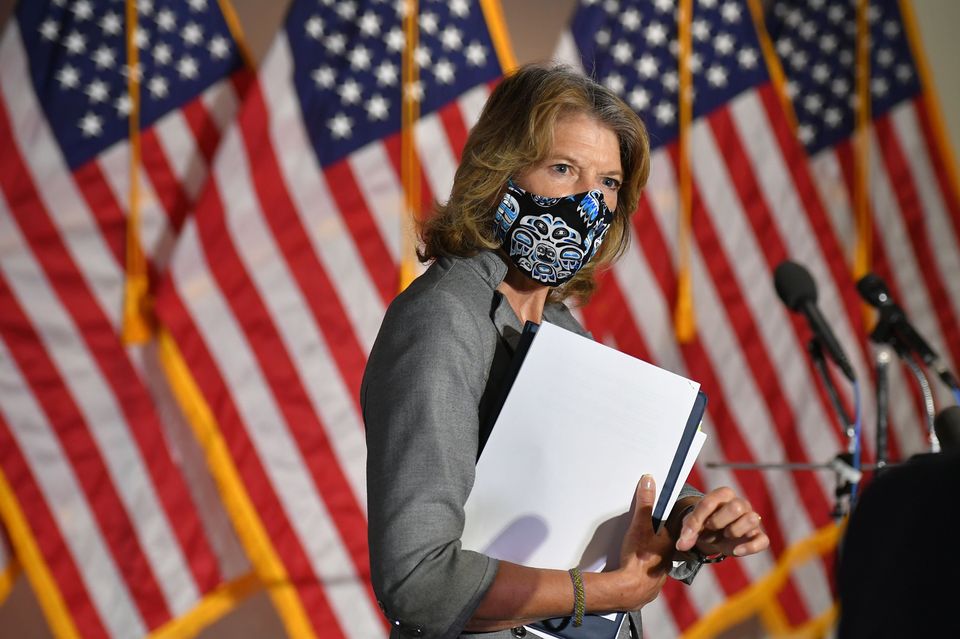 Getting a two-thirds majority in the Senate for a conviction would require at least 17 Republican senators to vote with Democrats and against Trump.

It remains to be seen when, or if, the Senate will hold a trial to convict the president and whether the numbers are there to remove Trump from office or, if he is no longer in office, bar him from holding office ever again.

For context, five Democrats voted to impeach president Bill Clinton – the current record for votes to impeach a president of the same party.

At present, Republican senators Pat Toomey and Lisa Murkowski are the only two new Republicans who have suggested they support removing Trump through impeachment.

Romney has suggested he would do so again. “When the president incites an attack against Congress, there must be a meaningful consequence,” Romney said in a statement on Monday. Romney remains the only senator to vote to convict a president of his or her own party in American history.

When will the Senate hold a trial? 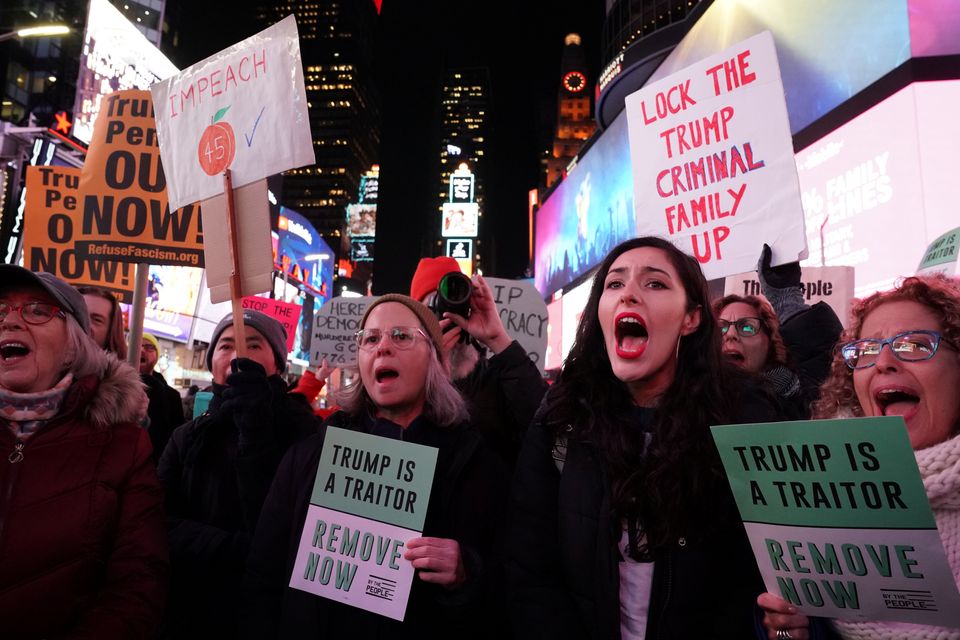 The timing of the next stage is dependent on a number of factors.

The House has to decide whether to deliver the impeachment to the Senate immediately after passing it on Wednesday – or wait until Biden has been given enough time to enact his presidential agenda.

Senate majority leader Mitch McConnell, a Republican, previously recessed the Senate until January 19 – so the earliest a trial could begin is January 20, the day of Biden’s inauguration ceremony. To start sooner, all 100 senators would need to vote in favour of doing so.

But senator Chuck Schumer, the Democratic leader, is looking at invoking a post-9/11 agreement between the two party leaders in the Senate under which he and McConnell would together call the Senate back because of “intervening circumstances”. Impeachment experts said the Senate is free to set its own rules and could hold a trial in a single day if it wanted to.

In another break from the last impeachment effort, on Tuesday The New York Times reported that McConnell was “pleased” with the prospect of impeachment, a sign that he could be amenable to an early trial and encourage – or at least not discourage – his party colleagues to vote for a conviction. The attraction is to make a clean break from Trump’s toxicity.

President-elect Biden is open to the Senate pursuing a trial after he takes office. He is asking Congress to look into whether the Senate can “bifurcate” its daily operations to spend “a half-day dealing with impeachment and a half-day”, confirming his appointees and passing Covid-19 relief legislation.

Why have an impeachment trial if Trump is going? 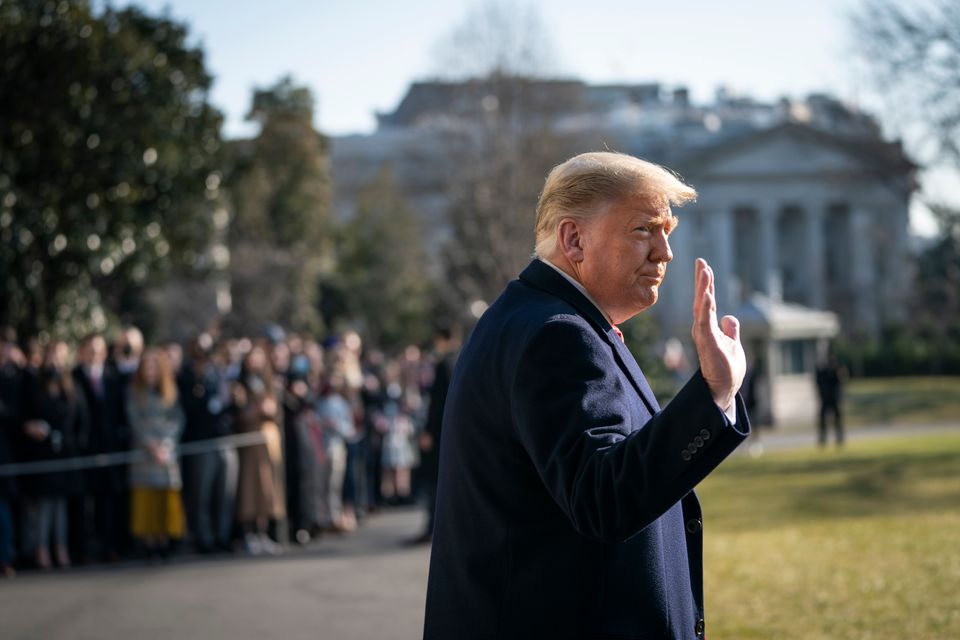 Trump will leave office and president-elect Biden will become president on January 20. But impeachment can be used not just to remove Trump in his last few days, and send the signal that presidential actions have consequences, but also to disqualify him from holding political office in the future.

Two historical precedents, both involving federal judges, make clear that the Senate could vote to do this, with only a simple majority needed.

Paul Campos, a professor of constitutional law at the University of Colorado, said that even if the Senate does not convict the president, senators could hold a second, separate vote to prevent him from future office.

That would mean Democrats, who will take control of the Senate later in January, could bar Trump from running for president in 2024 even without the support of Republican senators.

Trump could, however, try to challenge such a determination in court, Campos said. The Supreme Court in 1992 said it would not second-guess the Senate’s decisions about how to handle impeachment proceedings.

Other legal experts, however, said the Senate could only prevent Trump from holding office if it first votes to convict him in the impeachment trial.

Lawmakers could also declare that Trump engaged in “insurrection or rebellion” under the 14th amendment to prevent him from running again. This would require a majority in both the House and the Senate.

Two-thirds of each chamber can subsequently vote to lift the ban.