As the US death toll from coronavirus topped 97,000, President Donald Trump was spending his Memorial Day weekend golfing and tweeting.

As the US death toll from coronavirus topped 97,000, President Donald Trump was spending his Memorial Day weekend doing what he'd typically do during any other time off during his presidency -- golfing and tweeting.

From threatening to "override" states if they didn't permit the reopening of houses of worship to pressuring states to reopen their businesses to restarting presidential travel – Mr Trump's weekend activities mark his latest attempt to return back to his presidential normal as the country continues to reckon with the toll of a global pandemic. 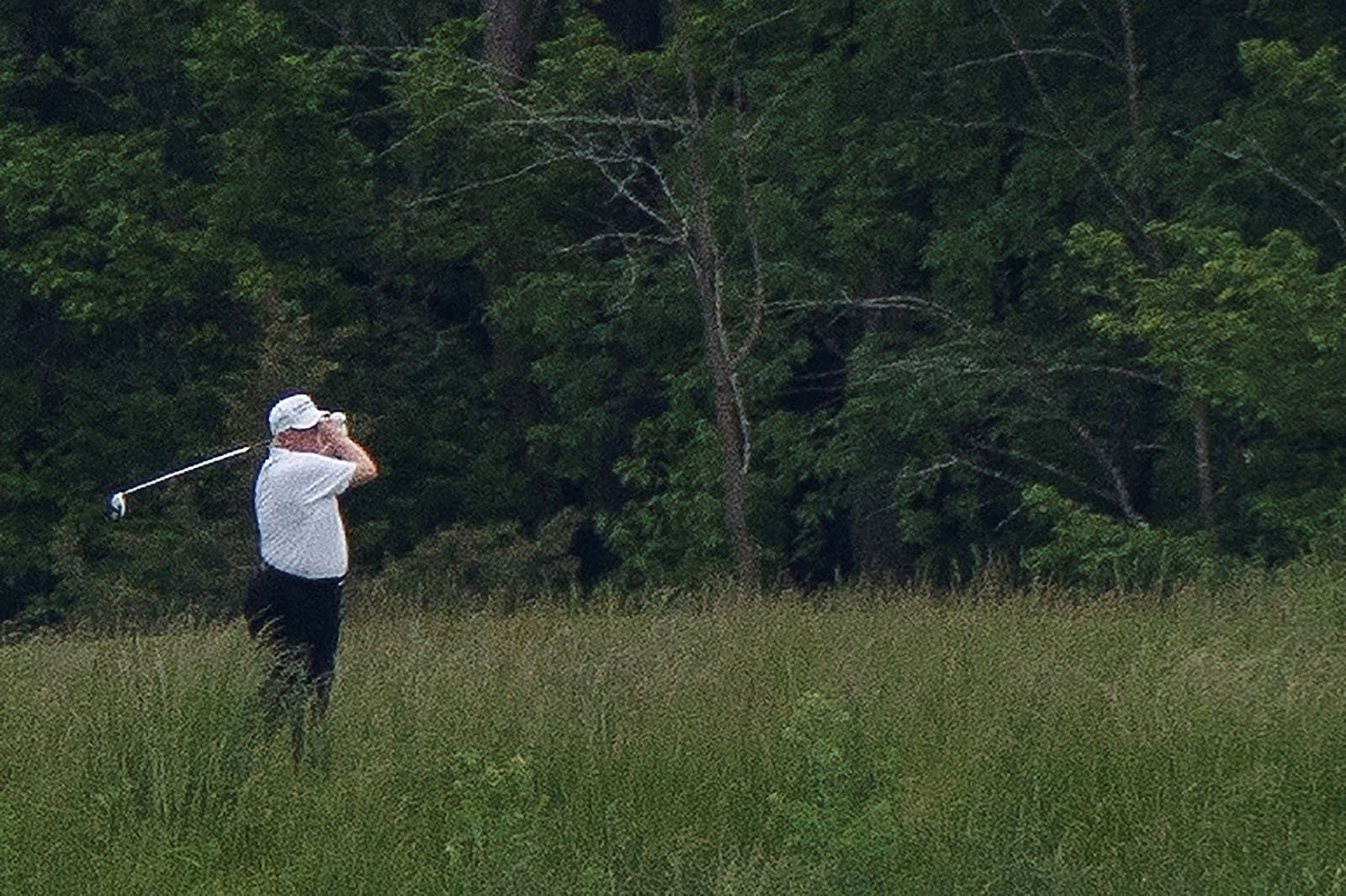 Mr Trump was spotted at his golf course in Sterling, Virginia, on Saturday and Sunday. It was the first time the press has recorded a visit to a golf course since March 8.

But unlike past holiday weekends, Secret Service members on the green with Mr Trump on Saturday were wearing masks. The President and his golfing partners, however, were not.

Mr Trump, who frequently chided former President Barack Obama's golf habit, defended his decision to head to the golf course over the weekend, after he said Joe Biden's presidential campaign launched an ad about it.

"They think I should stay in the White House at all times. What they didn't say is that it's the first time I've played golf in almost three months, that Biden was constantly (...) vacationing, relaxing & making shady deals with other countries, & that Barack was always playing golf," part of Trump's tweets said.

Mr Trump called into a program earlier this month and said he missed golfing.

"I do miss it. I haven't played really since this problem that we have started. I haven't been able to play golf for a while, I've been very busy and I think it's just one of those things," Mr Trump said on a PGA golf program on NBC.

About an hour after Mr Trump returned to the White House from his Virginia golf club on Sunday, the White House announced that the President had issued travel restrictions against Brazil, which has been heavily impacted by the coronavirus.

The President appears to have also spent a considerable amount of time online over the weekend, tweeting or retweeting content from others nearly 100 times over the course of two days on his @realDonaldTrump account.

The comments from Trump were wide-ranging and not necessarily focused on the pandemic.

He attacked political opponents, promoted Fox News shows, and repeated his frequent criticisms of the Russia investigation while infrequently interspersing retweets of public health guidance from the federal government in-between.

The President also focused several attacks on the appearance of female Democratic politicians.

Some of the President's tweets also verged on misinformation and conspiracy.

One tweet promoted "some very good studies" about the use of hydroxychloroquine, which has been unproven as a treatment or prophylactic for coronavirus.

Seriously ill COVID-19 patients who were treated with hydroxychloroquine or chloroquine were more likely to die or develop dangerous irregular heart rhythms, according to a large observational study published Friday in the medical journal The Lancet, coming just days after Trump said he was taking the medication.

The President even took time to spar with a former ally, his first attorney general, Jeff Sessions.

Trump tweeted that Sessions "should drop out" of the Alabama Senate race, criticizing him again for recusing himself during the Russia investigation.

Just one tweet over the weekend referenced the Memorial Day holiday, which honours American military personnel who died while serving.

And like many of his other tweets over the weekend, it seemed to focus on attacking perceived ideological opposition. 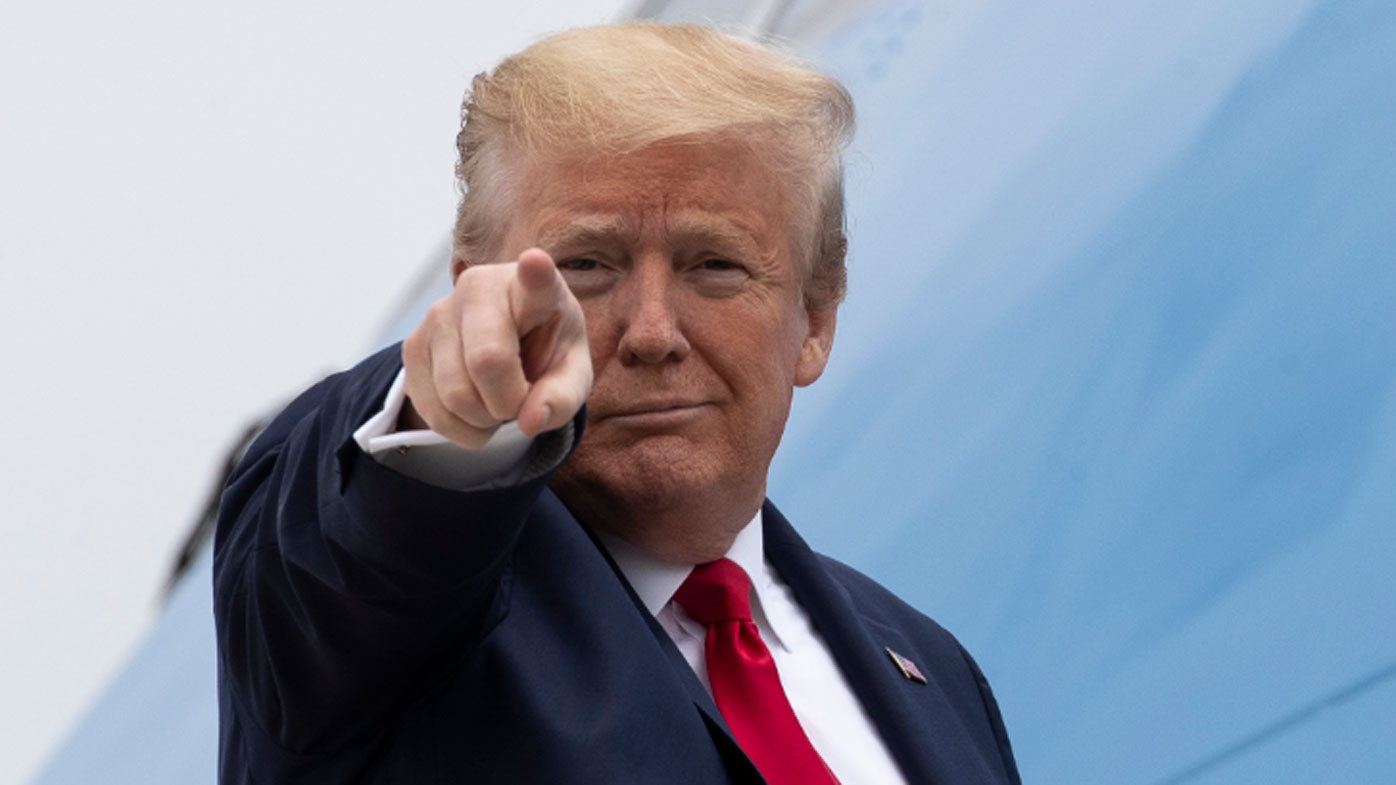 "This Is Whom You Disrespect When You Dishonour Our Flag," the tweet said, paired with a video of a casket draped in an American flag being taken off an airplane.

At Arlington National Cemetery, Mr Trump and Vice President Mike Pence observed a moment of silence at the Tomb of the Unknown Soldier.

During the event in Baltimore, Mr Trump acknowledged the US military's fight against coronavirus as the US death toll approaches the grim and horrific milestone of 100,000 Americans.

"In recent months, our nation and the world have been engaged in a new form of battle against an invisible enemy. Once more, the men and women of the United States military have answered the call to duty and raced into danger," Mr Trump said.

"Tens of thousands of service members and national guardsmen are on the front lines of our war against this terrible virus, caring for patients, delivering critical supplies and working night and day to safeguard our citizens."