The US President’s campaign manager deleted a “live” tweet featuring a dramatic photo of Air Force One at the Daytona 500 after users pointed out it was taken 16 years ago.

President Donald Trump's campaign manager deleted a tweet featuring a dramatic photo of Air Force One at the Daytona 500 after users pointed out that the shot was from President George W. Bush's visit to the NASCAR race in 2004, not from Trump's visit yesterday.

Brad Parscale tweeted the 2004 photo, which shows Air Force One rising above packed stands at the Daytona International Speedway in Florida and wrote: "@realDonaldTrump won the #Daytona500 before the race even started".

The tweet stayed online for about three hours, drawing at least 6,700 retweets and 23,000 likes before it was deleted. Users identifying themselves as Trump supporters replied with messages like "Amazing shot wow" and "WOW WHAT A SHOT!!!!!!!!!" 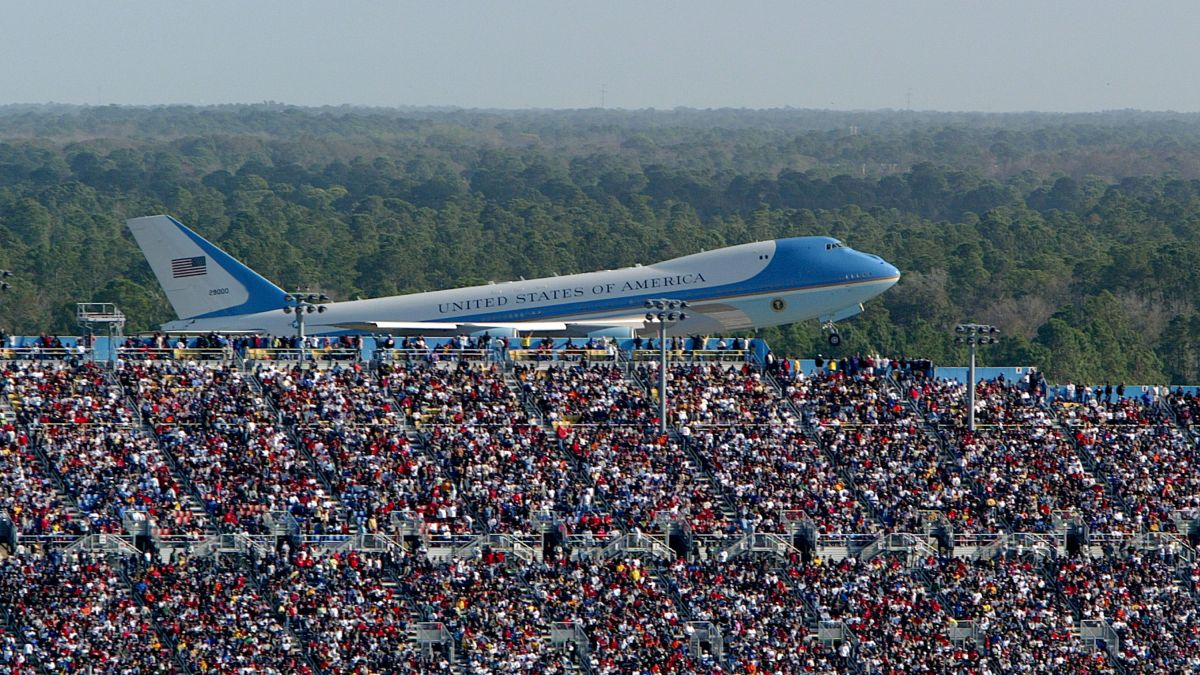 But the photo was taken by photographer Jonathan Ferrey on February 15, 2004, after Bush's visit to the racetrack, as Air Force One took off from the adjacent Daytona Beach International Airport.

"I have a lot of talented colleagues photographing the Daytona 500 this year," Ferrey told CNN.

"I am unfortunately not there today, but apparently I won the Daytona 500 photography before the race even started."

It can be found on the website of Getty Images. It was also used in articles in the past week previewing Trump's visit, and in an article published yesterday on the conservative website The Daily Wire about the crowd's reaction to Trump's Air Force One arrival.

After Twitter users, including Voice of America White House bureau chief Steve Herman, noted that the photo was from 16 years ago, Parscale deleted the tweet and replaced it with a tweet featuring the same caption but a slightly less dramatic photo from Trump's arrival yesterday - of Air Force One circling speedway stands that were not completely full at the time.

The Trump campaign did not immediately respond to a request for comment.