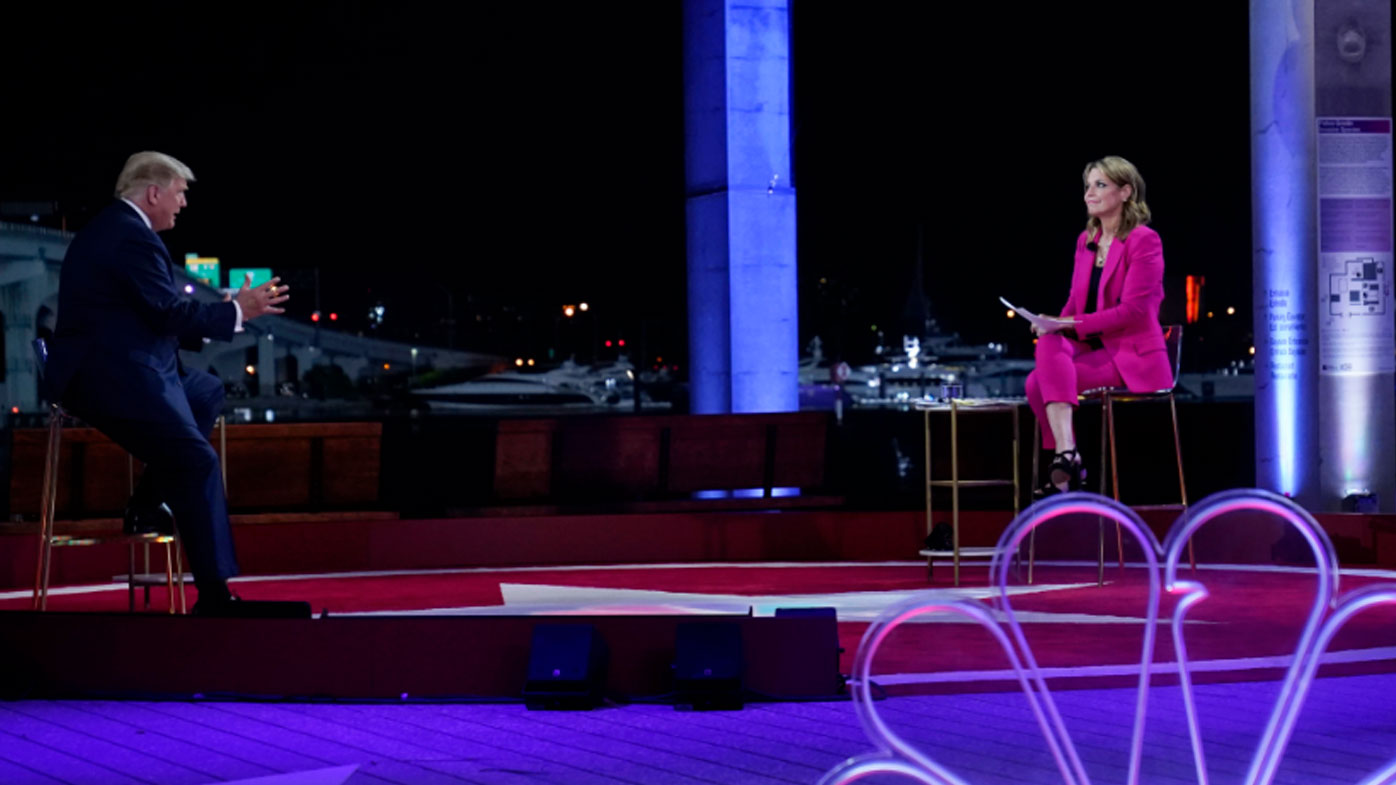 Mr Trump was asked by NBC moderator Samantha Guthrie about his decision not to wear a mask at many events at the start of his town hall in Miami.

"I'm the president, I can't be locked away in a basement," he said.

He was also asked about whether he was tested before the first presidential debate.

"I probably did, and I took a test the day before," he said.

Mr Trump made some more dramatic claims about the coronavirus pandemic during his town hall.

He said the US was expected to lose more than two million lives from the COVID-19 pandemic.

Mr Trump is likely citing a report posted in March by scholars from the Imperial College in London that predicted that a total of 2.2 million Americans could die from COVID-19 if no preventative measures were installed on any level of society.

And he repeated a claims that 85 per cent of people who wear masks get coronavirus.

Just the other day, they came out with a statement that 85 per cent of the people that wear masks catch it," Mr Trump said.

It was a repeat of a similar claim he had made two times earlier in the day, citing the Centres for Disease Control and Prevention as the source. 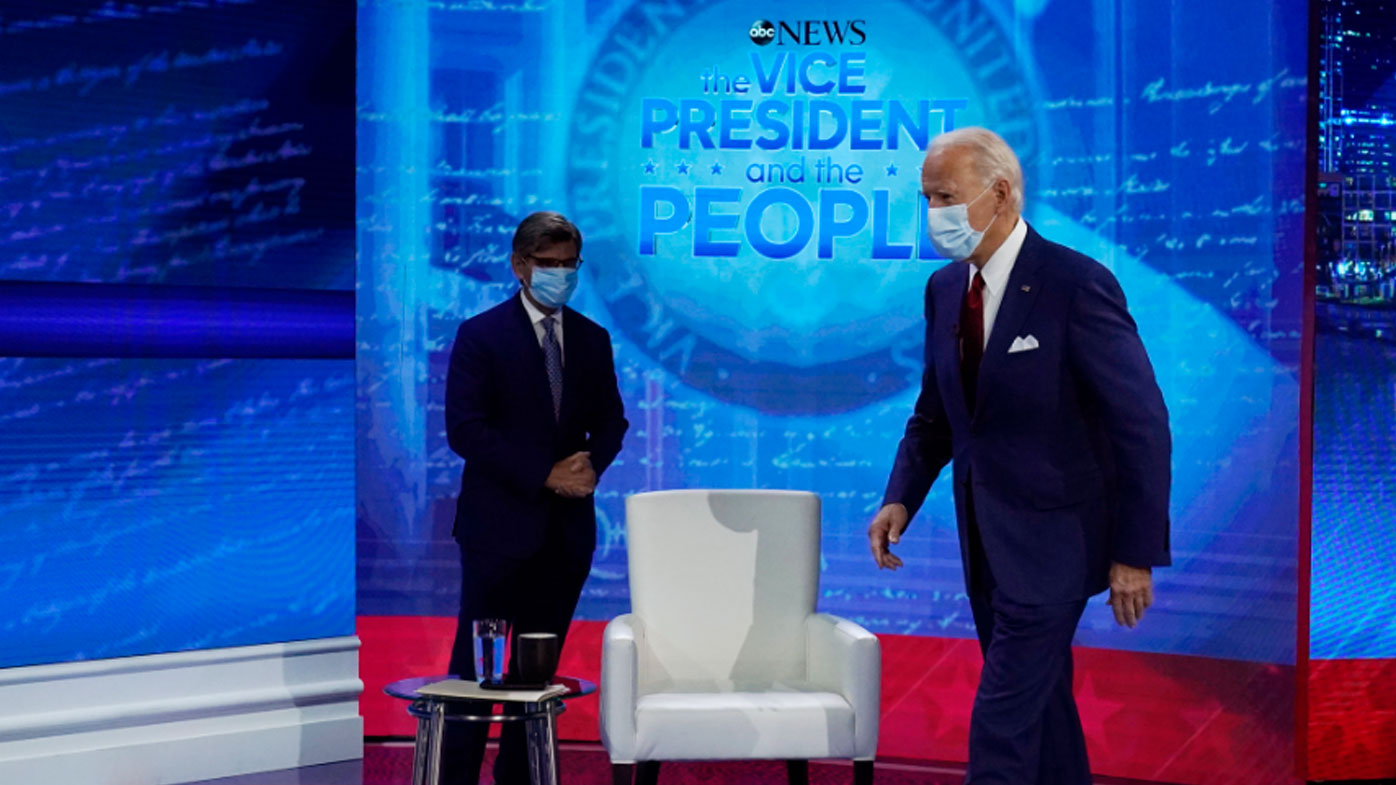 Mr Biden told his virtual town hall in Philadelphia, broadcast by the ABC network, that he doesn't trust Donald Trump's promise of a coronavirus vaccine being available soon.

In contrast to the president, Mr Biden calmly projected his plans for the economy and healthcare.

He highlighted his plans to increase funding for low-income schools, help first-time homebuyers make their down payment and increase small business funding.

And when asked by a Black man why black voters should support him, Mr Biden replied in lengthy details.

Besides 'you ain't Black,'" the man asked.

Mr Biden said he would triple funding for low income schools from US$15 billion (A$21 billion) per year to US$45 billion.

He also said he would seek a US$15,000 credit for first-time homebuyers, telling the man it's a crucial step toward helping low-income families accumulate wealth.

He pointed to a proposed US$70 billion in new funding for historically black colleges and universities.

But Mr Biden said that he would take a vaccine if public health experts endorsed it, and he said he would encourage every American to do so.

Mr Biden also stressed that the usage of masks would be key to enabling the economy to remain open.

"You don't have to lock down if you're wearing a mask," Mr Biden said.