US President Donald Trump will remain in office after the Senate has voted to acquit him of two impeachment charges.

US President Donald Trump won impeachment acquittal in the Senate, bringing to a close only the third presidential trial in American history with votes that split the country, tested civic norms and fed the tumultuous 2020 race for the White House.

A majority of senators expressed unease with Trump's pressure campaign on Ukraine that resulted in the two articles of impeachment. But the final tallies — 52-48 favouring acquittal of abuse of power, 53-47 of obstruction of Congress' investigation — fell far short.

Two-thirds "guilty" votes would have been needed to reach the Constitution's bar of high crimes and misdemeanours to convict and remove Trump from office. 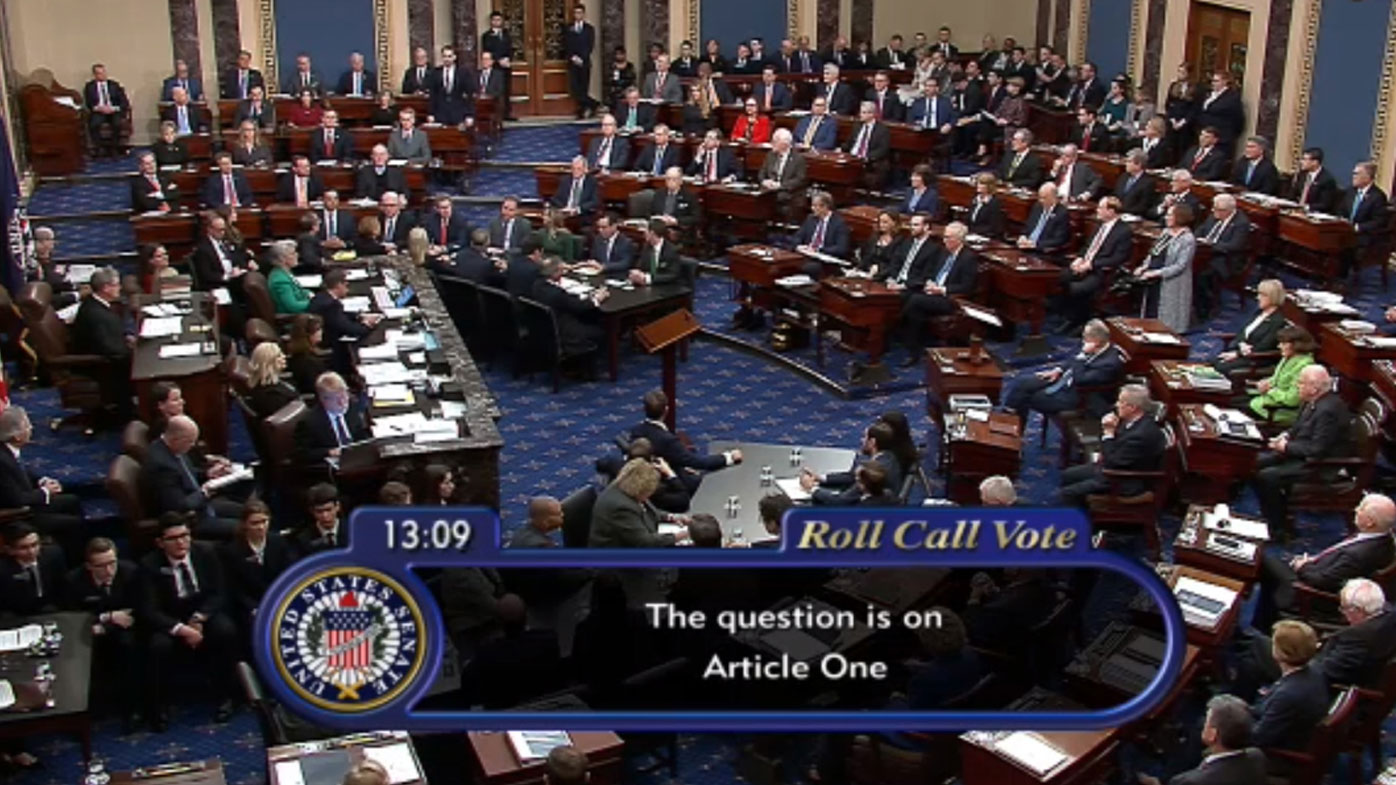 The acquittal votes marked end of historic and whirlwind four-month impeachment proceedings that began in September.

Trump has tweeted he will make a statement about the decision which he described as "our country's VICTORY on the Impeachment Hoax!"

He quickly followed that with another taking aim at political opponents and suggesting his presidency will not be ending soon.

House Speaker Nancy Pelosi announced the inquiry into the president amid allegations he had withheld US security aid while pressuring Ukraine to investigate former vice-president Joe Biden and his son Hunter Biden.

What started as Trump's request for Ukraine to "do us a favour" spun into a far-reaching, 28,000-page report compiled by House investigators accusing an American president of engaging in shadow diplomacy that threatened U.S. foreign relations for personal, political gain.

The House made Mr Trump the third President to be impeached in December by passing the two articles of impeachment without Republican votes. 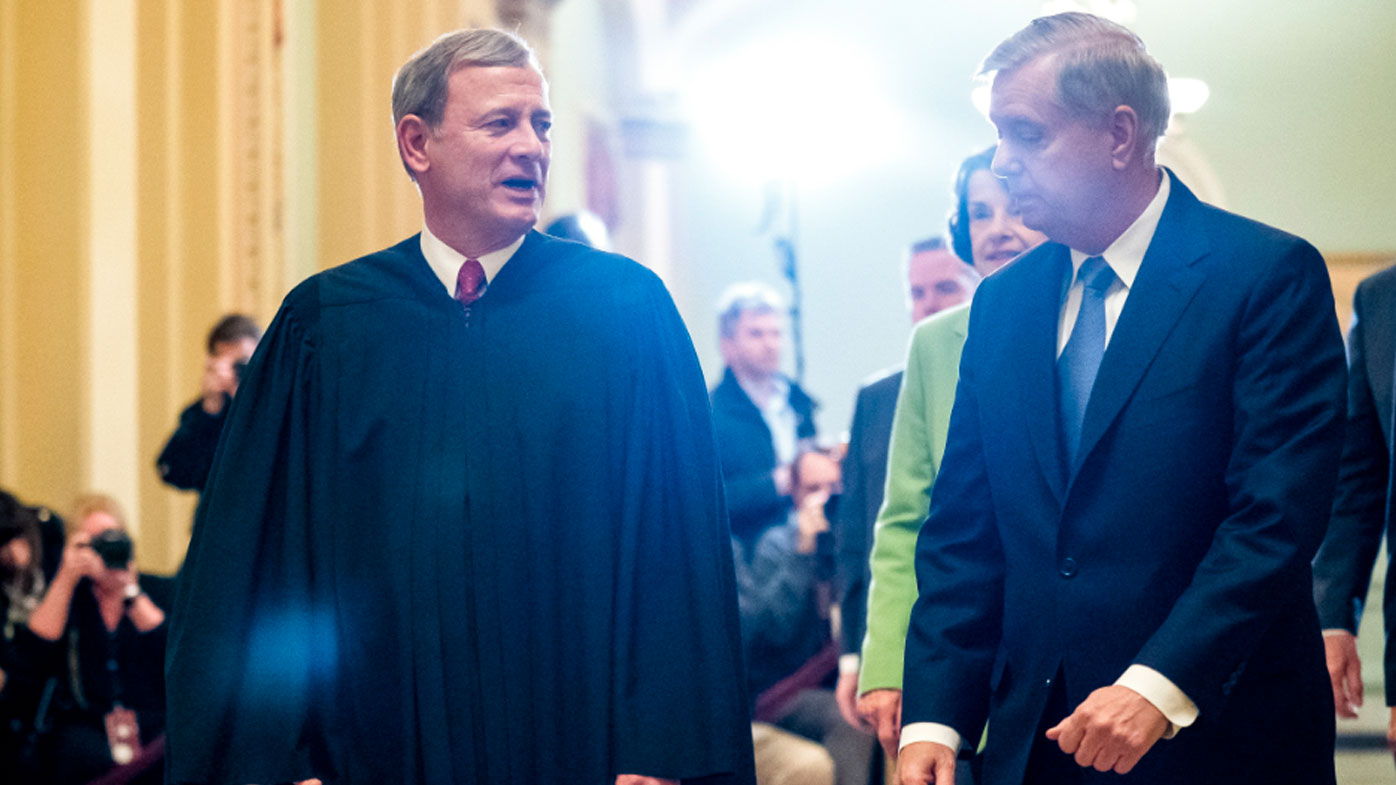 No president has ever been removed by the Senate.

A politically emboldened Trump has eagerly predicted vindication, deploying the verdict as a political anthem in his reelection bid.

The president claims he did nothing wrong, decrying the "witch hunt" and "hoax" as extensions of special counsel Robert Mueller's probe into Russian 2016 campaign interference by those out to get him from the start of his presidency.

The Wednesday afternoon vote was swift. With Chief Justice John Roberts presiding over the trial, senators sworn to do "impartial justice" stood at their desks for the roll call and stated their votes — "guilty" or "not guilty." 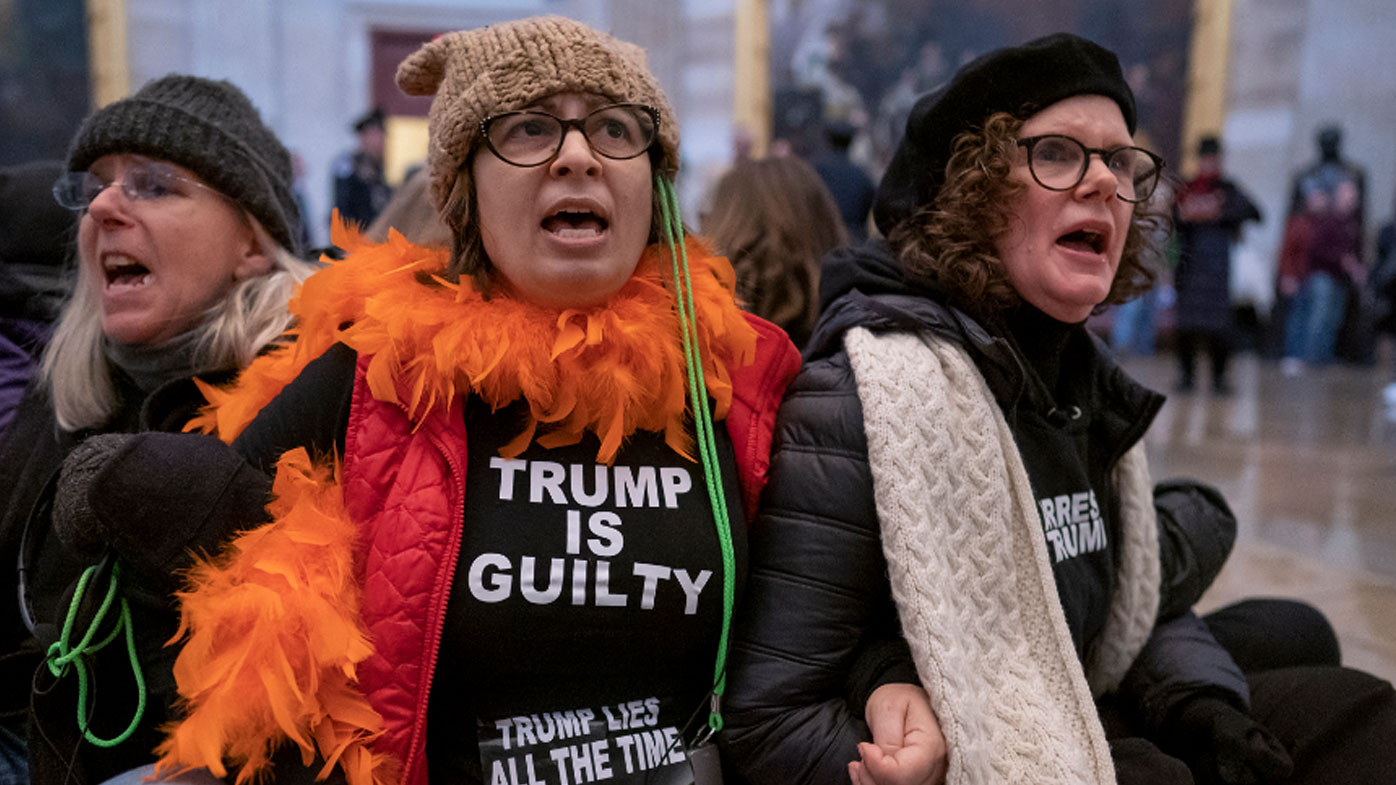 On the first article of impeachment, Trump was charged with abuse of power. He was found not guilty. The second, obstruction of Congress, also produced a not guilty verdict.

Only one Republican, Mitt Romney of Utah, the party's defeated 2012 presidential nominee, broke with the GOP.

Romney choked up as said drew on his faith and "oath before God" to announce he would vote guilty on the first charge, abuse of power. He would vote to acquit on the second.