As Canada demands answers over the downing of a Ukrainian plane carrying dozens of Canadians, Iranian protesters also turned on their own leader over the debacle that killed 176 people.

Iranian protesters and newspapers have piled pressure on the country's leadership and riot police stepped up their presence in Tehran after Iran's military admitted that it had mistakenly shot down a Ukrainian airliner.

Riot police fired tear gas at thousands of Iranians who had taken to the streets late on Saturday in the capital and other cities, many chanting "Death to the dictator", directing their anger at Iran's top authority, Supreme Leader Ali Khamenei.

Tehran residents told Reuters that police had stepped up their presence in the capital again on Sunday morning. 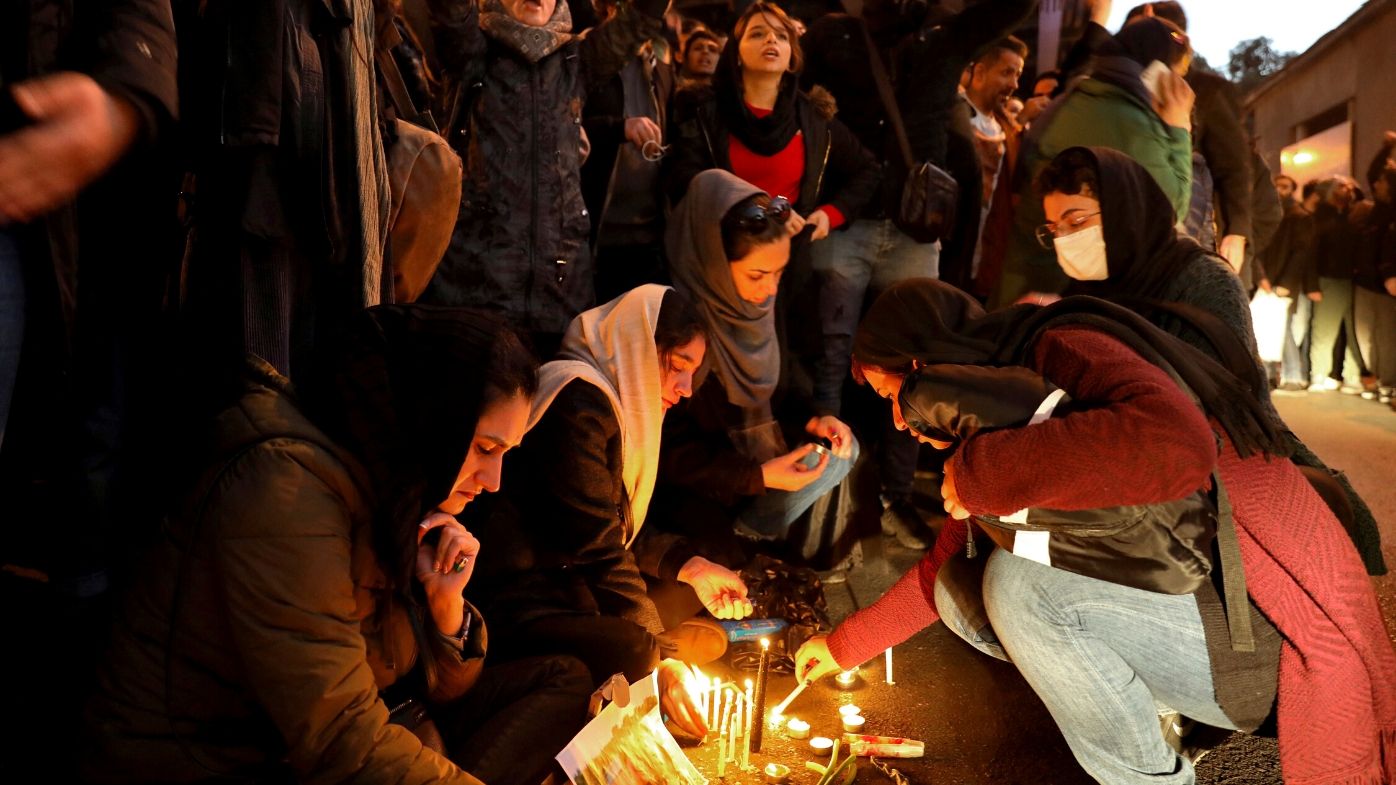 "Apologise and resign," Iran's moderate Etemad daily wrote in a banner headline today, saying the "people's demand" was for those responsible for mishandling the plane crisis to quit.

All 176 people aboard the flight, many of them Iranians with dual citizenship, were killed.

Protests erupted after yesterday's admission that the military accidentally shot down the Ukraine International Airlines plane minutes after take off on Wednesday, when Iranian forces were alert for US reprisals after tit-for-tat strikes.

For days, Iranian officials had vigorously denied it was to blame, even as Canada, which had 57 citizens on the flight, and the United States said their intelligence indicated an Iranian missile was to blame, albeit probably fired in error. 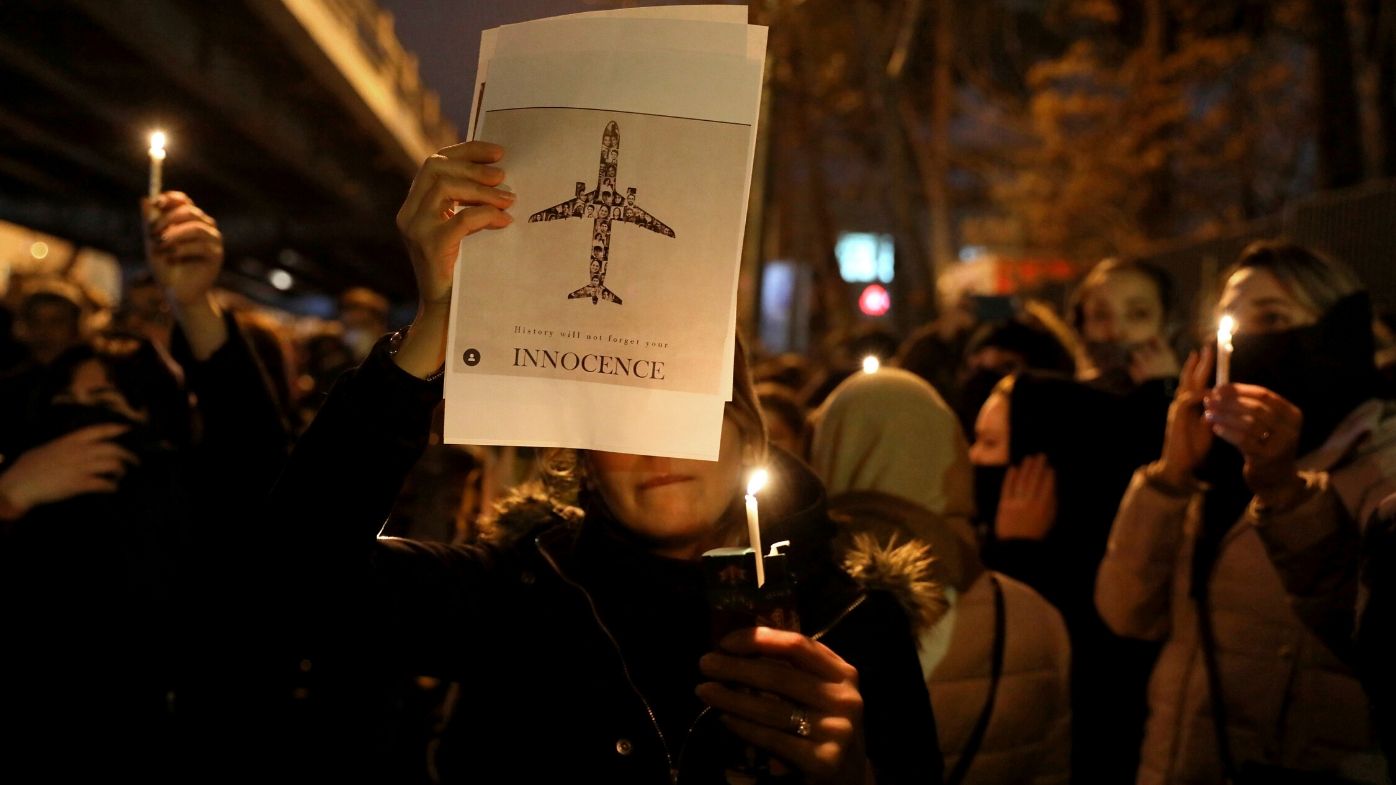 Iran's president said it was a "disastrous mistake" and apologised. But a top Revolutionary Guards commander added to public anger about the delayed admission when he said he had told the authorities a missile hit the plane the day it crashed.

Another moderate daily Jomhuri-ye Eslami, or Islamic Republic, wrote in an editorial: "Those who delayed publishing the reason behind the plane crash and damaged people's trust in the establishment should be dismissed or should resign."

READ:  Steve Martin's Mike Pence Halloween Costume Is So Simple, Yet So Fly

The press attacks and protests add to challenges facing the establishment, which in November faced the country's bloodiest unrest since the 1979 Islamic revolution. 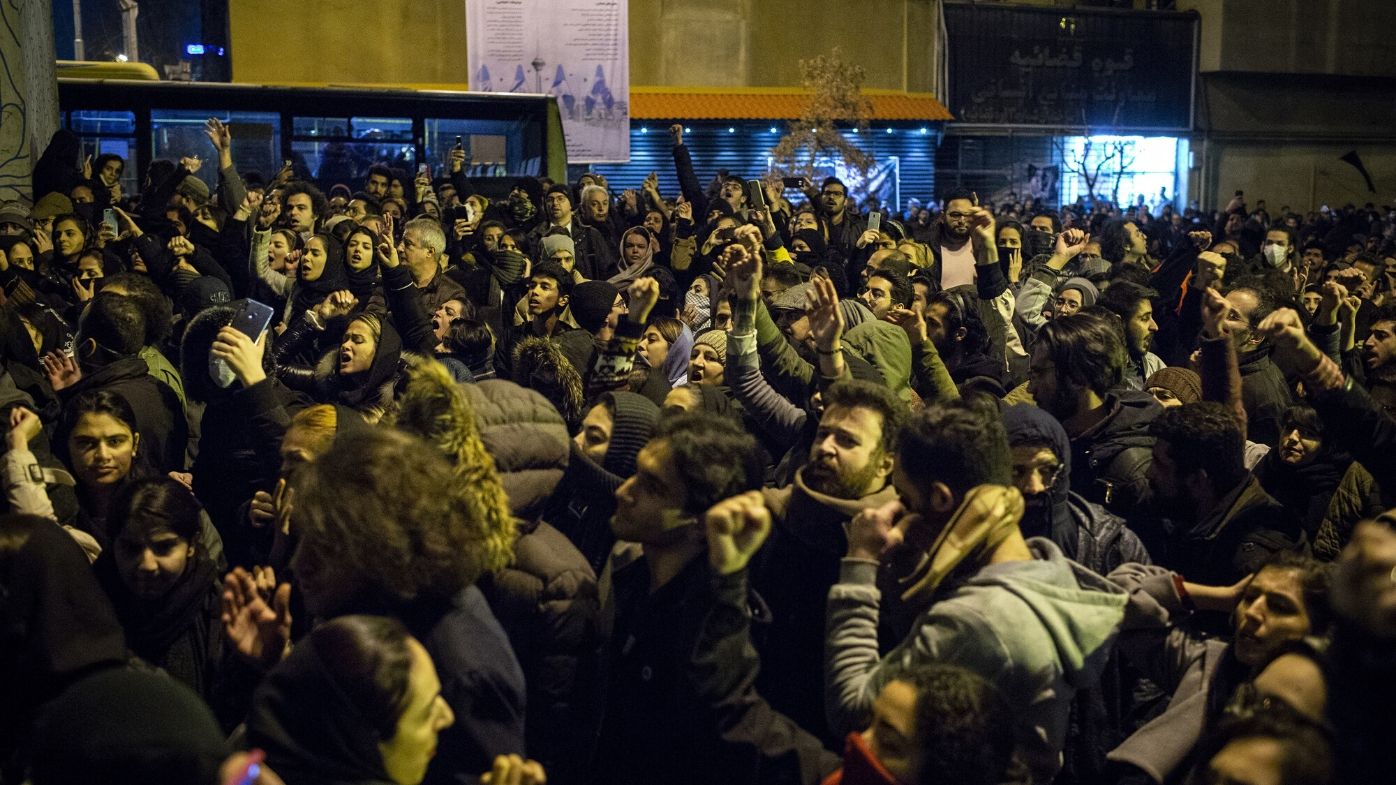 As Saturday's protests spread across Iran, including major cities such as Shiraz, Isfahan, Hamedan and Orumiyeh, US President Donald Trump said on Twitter: "We are following your protests closely, and are inspired by your courage."

"There can not be another massacre of peaceful protesters, nor an internet shutdown. The world is watching," he said, posting his tweets in both Farsi and English.

Britain said its ambassador in Iran had been briefly detained yesterday by the authorities in Tehran. A news agency said he was detained outside a university for inciting protests.

"The Iranian government is at a cross-roads moment. It can continue its march towards pariah status with all the political and economic isolation that entails, or take steps to de-escalate tensions and engage in a diplomatic path forwards," he said.

Canadian Prime Minister Justin Trudeau has said questions remain about Iran's downing of the Ukrainian plane and that he expects full co-operation in the investigation.

"Canada and the world still have many questions, questions that must be answered," Mr Trudeau said in a news conference on Saturday (local time). 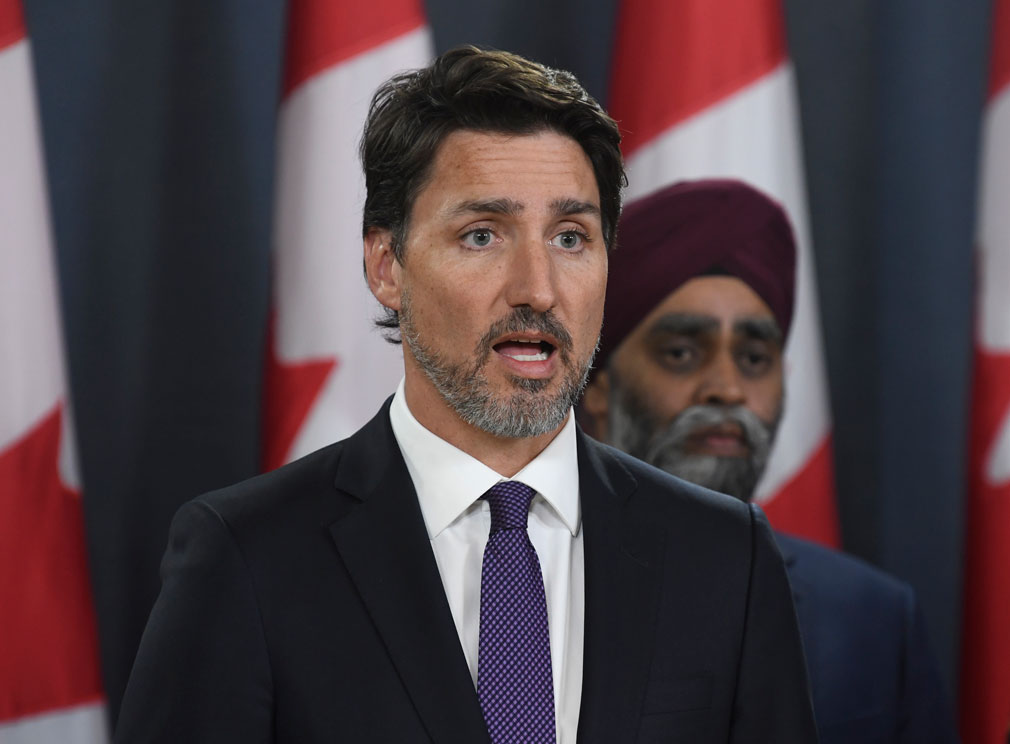 "It is absolutely necessary that Canada participate in this investigation. We expect the full co-operation of Iranian authorities."

Though Canada has not had diplomatic relations with Iran since 2012, Mr Trudeau spoke to Iranian President Hassan Rouhani earlier in the day after Mr Rouhani said the military's shooting down of the plane was a "disastrous mistake". 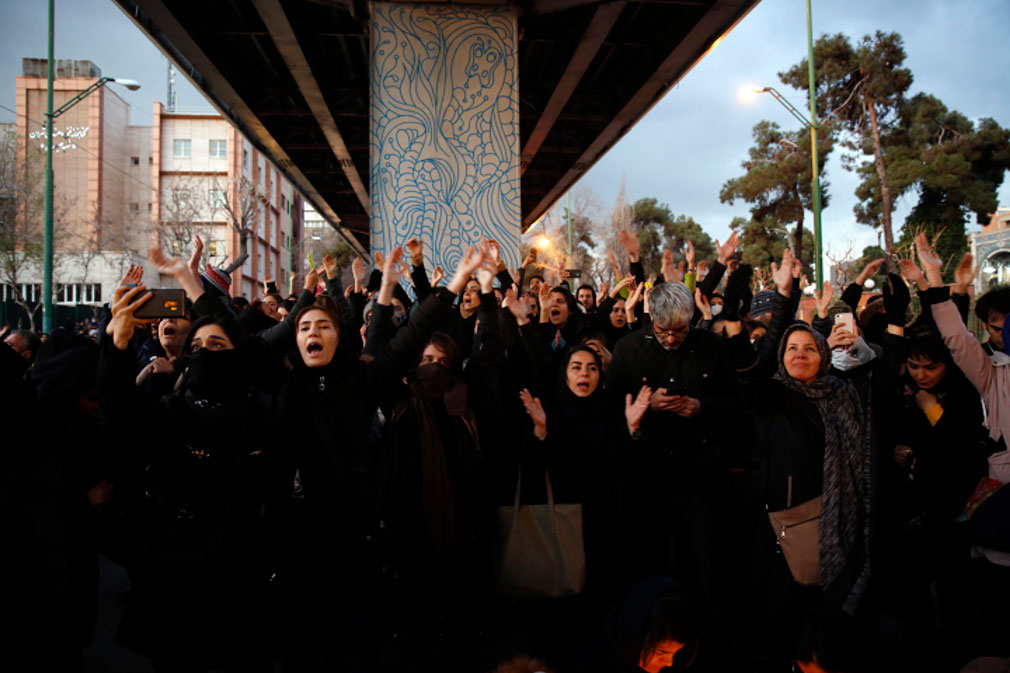 Mr Rouhani committed to collaborating with Canadian investigators, working to de-escalate tensions in the region, and continuing a dialogue, Mr Trudeau said.

Mr Trudeau said a "full and complete" investigation is crucial in determining whether the downing of the airliner had indeed been a mistake, and he said compensation by Iran to the families should be "part of the mix". 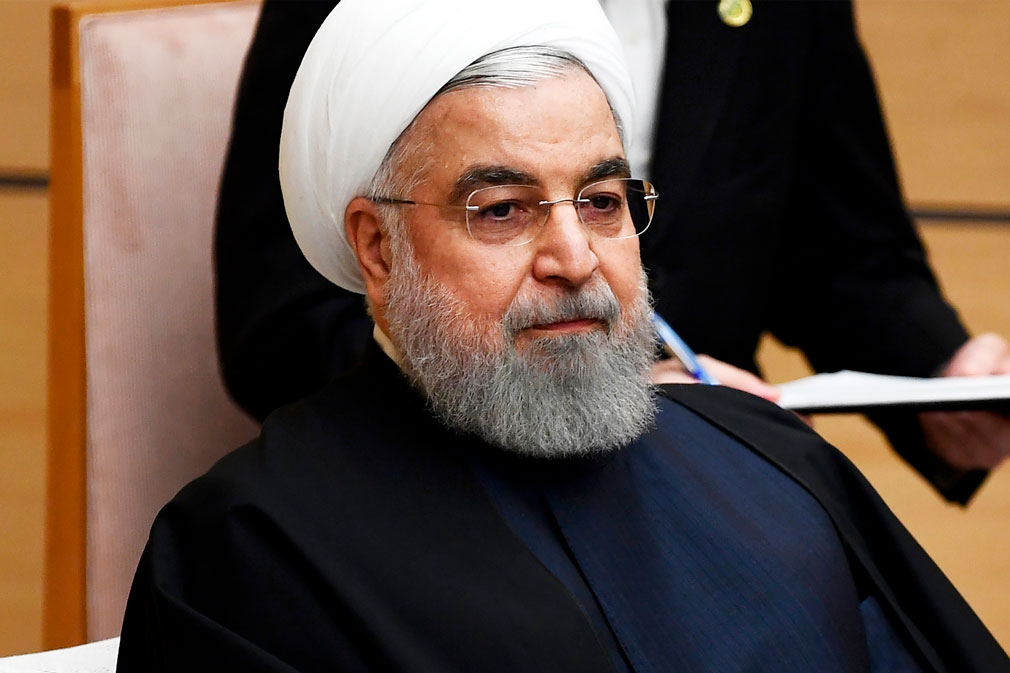 Mr Trudeau said he told Mr Rouhani that Iran's admission it unintentionally shot down the passenger jet was "an important step", but he added that more steps must be taken to have "full clarity on how such a horrific tragedy could have occurred".

Mr Trudeau said he was furious and outraged.

"Canada will not rest until we get the accountability, justice, and closure that the families deserve," he said.